These days the migration topic is a hot one all over the world so, upon advice of a friend, last weekend I decided to visit Ellis Island, a place that not many New Yorkers visit (because they find it touristy) but, in my opinion, the island is one of the most fascinating and interesting places to visit in our City.Ellis Island represents the history of the city (a city of migrants and a crossroad of culture) and the history of the entire country. It’s an important place to visit to know and understand the migrating history of the United States and its museum provides useful information and its displays are very informative.Ellis Island is located in New York’s bay, in the shadow of the Statue of Liberty and it owes its fame to the undisputed fact that it was, starting from 1892, the headquarter of the Federal Station for the US immigration system. Known by the natives as Oysters’ island because of the abundance of these mollusks in its depths, the island also became a haven for pirates through the centuries and it now takes the name of its last owner, Sir Samuel Ellis. During the early nineteenth century, the island became an integral part of the system of fortifications of the New York gulf following the occupation of the city, which occurred in 1812, by the British fleet that could reach undisturbed the city. In order to adapt to this new condition, they built a fort (Fort Gibson, named after a national hero) equipped with powerful artillery. 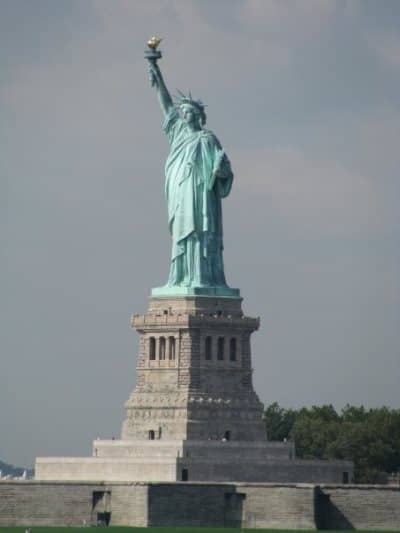 Ellis Island became important in the history of migration from the old continent since 1890. Prior to this date every state of the American confederation had its own laws and structures for the control of migratory flows so that the station of the state of New York was located at Castle Garden in the Battery area. This arrangement gave rise to a large number of problems and criticism because of the inadequacy of the structures unable to withstand the increasing flow of immigrants and high levels of corruption and incompetence reached between its operators. 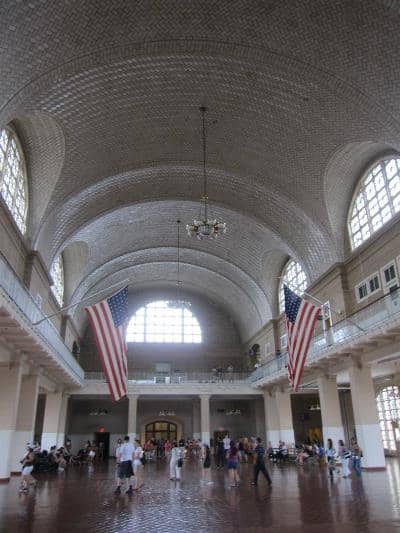 At the turn of the twentieth century, millions of immigrants crossed the Atlantic to reach the United States, fleeing Europe, the war and an uncertain or miserable existence. The port of Ellis Island in New York Harbor welcomed more than 12 million aspiring US citizens who, upon arrival, had to show travel documents with details of the ship that had brought them to New York. Doctors at the Immigration Service controlled every emigrant, marking their back with a piece of chalk using certain abbreviation such as PG for pregnant woman, K for hernia and so on. Those who passed the initial tests were then recorded and accompanied to the dock to take a ferry to Manhattan while the old, the deformed, the blind, the deaf and those suffering from infectious diseases or mental aberrations were inexorably refused on the American soil and were immediately re-embarked on the same ship so they could be taken back to the port of provenance. 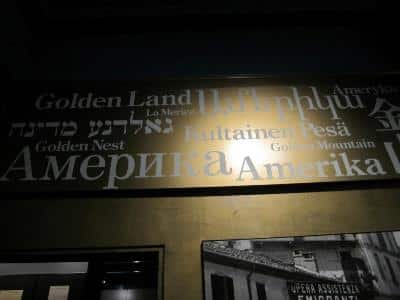 Ellis Island became a facility able to accommodate the thousands of emigrants who came every day to the port of New York from the old continent and, in addition to large spaces destined to health and customs checks of migrants (the Registry Rooms), Ellis Island was also equipped with a large luggage room, a restaurant and even a railway ticket office.Ellis Island, during the course of World War I, also became the place of detention for ‘enemies and foreign suspects’, people who, despite being residents in America for years, came from countries at war against the United States. In 1920, the island returned to its original function of the Federal Station for immigration but, during World War II, once again it became a detention center for prisoners of war and a training center for the coast guard personnel.Ellis Island has been the gateway to the ‘American dream’ for millions of people (certainly more than 12 million) although for some it became a place of broken dreams, hence the nickname of ‘the island of tears’, as some still call it. 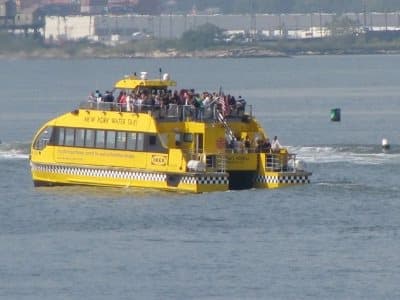