London has a great number of museums and art galleries and many of them are always free of charge or they are free at least one night a month which is called white night. This city never lacks interesting exhibitions, events and cultural activities of all kinds. Recently a very unique exhibition landed in the British capital: an exhibition which offered an insight into the Hollywood movie world. ‘In every movie, the costume creates the character’ are the words of actress Meryl Streep. The Victoria and Albert Museum of London recently had the great classics of cinema on display with an exhibition that traces the behind the scenes of films through the costumes of its protagonists. More than one hundred iconic dresses were shown and explained, not only focusing on the details of the costumes and their films but also explaining further the costume designer’s profession. The aim of the exhibition is to demonstrate the great influence that the costumes have on the credibility of the characters. A costume is more than just a dress: before the characters open their mouth, the costumes they wear on the screen already describe everything about them, where they come from and where they are going. And to be successful is not only to win an Oscar, but to remain forever in the memory of the people who remember the character, the costume worn and the film. On display there aren’t only scene costumes and objects that have made the history of this form of art but also parts of sets and movie scenes. 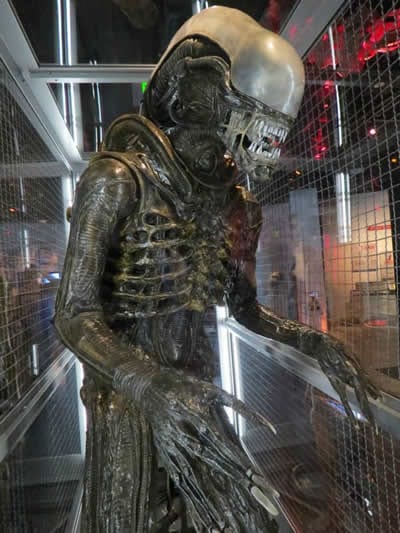 Alien on display
Among the memorabilia displayed there are for example the shoes worn by Tom Hanks in “Forrest Gump” or the mask of Terminator which is staring at you from its glass display. Walking through the exhibition you get a familiar feeling because we all watch films and we all know some movies even if we have perhaps never fully watched them.Given the popularity of this event in 2012, it was decided by the city council to get a special permit from Hollywood to borrow these costumes and objects from Hollywood’s film studios to organize a second event which took place this past month and the tickets were sold out in no time.This highly anticipated and exclusive event was dedicated to the most famous Hollywood movie costumes and it was housed in the Victoria and Albert Museum. It covered 100 characters and their accessories to recognize and admire in all their beauty. The costumes and objects, belonging to either museums, private collectors or film studios, cover over 100 years of American film history and reflect the changes of cinema, such as the advent of technology that has led to the design of incredible clothes such as 3D masterpieces like for Avatar. On display, among the many cult costumes, there is for example the dress worn by Kate Winslet on the set of Titanic and Judy Garland’s costumes in the movie The Wizard of Oz. Also worth noting the marvelous Rossella O’Hara’s dresses in Gone with the Wind or the clothes of Indiana Jones equipped with his famous whips and hats. 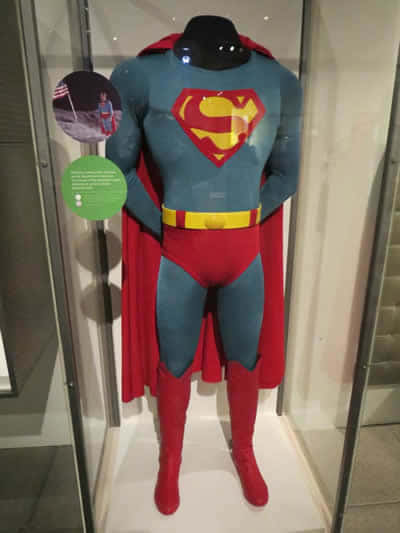 Superman costume
There are also the spectacular costumes of Maria Antonietta by Sofia Coppola, and even those worn by Charlie Chaplin in his black and white films. The exhibition is divided into older films and speciall effect modern films. Among the latter, Darth Vader’s helmet takes a prime position in this part of the exhibition, together with Superman’s costume or Spiderman’s suit.There was also a special section dedicated to scary films which I am a fan of. Among the horror films’ memorabilia I noticed Alien’s scary headpiece (which looked totally realistic and frightening) and Jason’s mask from Friday the 13th. 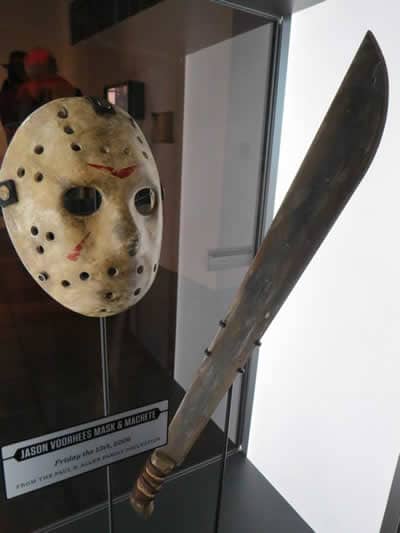