There are estimated to be 400,000 refugee applicants. Last year that number was 202,834. Of that number, 100,248 were refugees feeling Syria due to the country’s civil war,  and most will supposedly be approved. Exactly what significance does the arrival of refugees in Germany hold towards the country’s population, economy and culture?

The Greatest Cause for Concern to the General Population: Employment and the Collapse of the Welfare System

The one who raised his voice on a public occasion about opening up the borders to accept refugees was actually Ingo Kramer, chairman of the Confederation of German Employers’ Associations. In its background are the present conditions such as of the aging German society and the shortage of thousands of workers each year in the workplace. According to previous estimates, those at the age of 59 or younger are said to have almost no chance of receiving pensions. The move to accept refugees is seen as a countermeasure for the issue of aging populations faced by Germany and many other major advanced industrial nations. The Merkel administration is a conservative Christian party, and by displaying the attitude of accepting immigrants, Chancellor Merkel was able to solve the issue of labor shortage as a Christian in a gesture of compassion.

Let’s take a look at the history of migration. What has been considered in present Japan as representing Germany, such as the image portrayed in tourism pamphlets, is West Germany that existed up to 1989. Since the reunification of Germany in 1989, there has been an influx from the economically weaker East to the West. Also, more than 8.2 million of the migrants from the 1960s until present have been immigrant workers from countries like Turkey and Italy. Additionally, 1.2 million foreigners migrated to Germany in 1992. There is the risk of excessive internationalization associated with the arrival of immigrants. What exactly are the risks of foreign influence to Germany? Turkish-German culture and Arabic-German culture in particular have history longer than that of former East Germany, and have been integrated as a part of modern Germany. However, because of the long history of accepting immigrants in Germany, this fear or risk seems to lack any substance. To illustrate, the German version of a Turkish cuisine known as the Doner kebab in Germany is easy to understand. Since its birth in a shop run by a Turkish migrant family in the Kreuzberg district of Berlin in the 1970s, the Doner kebab became a national fast-food meal. In Berlin, there are an overwhelmingly larger number of shops selling Doner kebabs compared to German cuisine. In that sense, perhaps the Doner kebab is an easy-to-understand representation of modern German society. 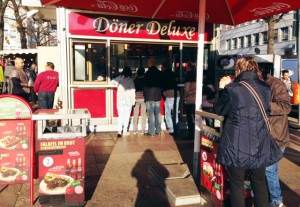 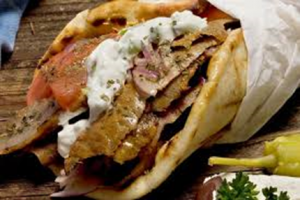