Is cake design a slowly declining phenomenon? I would say no, at least judging by the interest I witnessed at the latest Cake Design Festival which I attended and that ended in New York just a few days ago. Workshops, decorating lessons, a final competition to the last ‘standing cake’ and the latest trends concerning molds and sugar fondant were the major components of the show. Over the past decade, cake design changed the common perspective on desserts and it taught us to look at desserts before eating them. Both professional and homemade pastries now compete to be the most appealing to the eye. 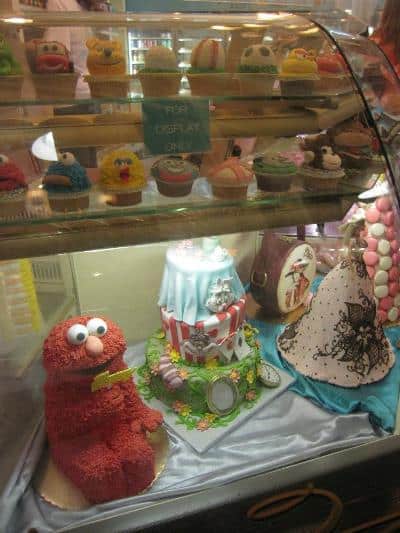 Like any trend it will probably end at some point but the important thing is to guess when. This business has become highly competitive and it’s hard to differentiate your work from that of others, especially since the techniques being taught are often the same: sugar roses, syrup swirls, fondant animals.One thing was obvious to me: the recipes, the ingredients and the choice of fruit toppings are gone and so is the flavor at times unfortunately. The decorations are rather extraordinary, elaborate and virtuous but they are often purely decorative and made to impress. What years back used to be a chocolate cake is now an elevated artistic masterpiece resembling a bronze statue. The cake has therefore been put on a pedestal and the fact that these creations are made to be eaten seems to be secondary at times, like a chair made to be beautiful without considering its comfort.Since some sponge cakes from our tradition are not very suitable to hold several floors of icing and decorations with an overabundance of details, the base of these cakes are often too heavy and too fat. 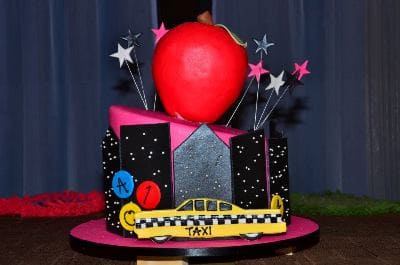 But walking among the crowded stands of the fair I was impressed by a new trend: the naked cakes. Naked Cakes are the new trend for wedding cakes and fancy birthday cakes. Since fashion never goes in one direction only but it often evolves following diametrically opposite paths if you don’t like the fondant and you are tired of plastic chocolate decorations or sugar art, the naked cakes are for you.They are called naked because they do not have a “dress” made from sugar paste and all you can find on the surface is a coat of cream similar to that you may prepare at home and at times they have decorations that are mostly natural such as fruits or fresh flowers. 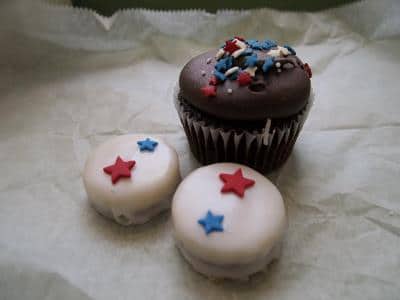 I was happy to find out that this new cake design for the year uses watercolors with delicate and poetic transparencies and abstract themes instead of decorative effects so we can ‘return’ to more typical and tastier cakes.This technique mixes sugar paste of two or three different colors which give a marble or wood effect on the cakes that are subsequently simply crowned with garlands of flowers of buttercream or with colored meringues.I think it’s important to return to more traditional recipes because flavor is just as important as aesthetics. For this reason I wish to share my red velvet cake recipe with you here below. 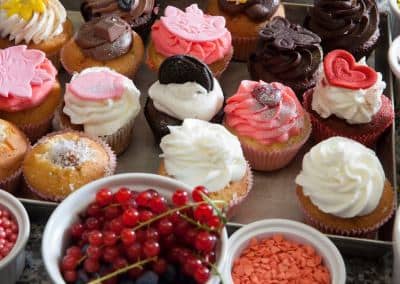 RED VELVET CAKE RECIPEThe Red Velvet Cake is a really tasty all-American cake whose peculiarity is the beautiful bright red color that contrasts with its white cream topping and white filling.It is said that the recipe for this cake dates back to the early 900 when it was served at the restaurant of The Waldorf Astoria Hotel here in New York City. Initially, the red color was given by a chemical reaction between the acidity of the cocoa and the buttermilk in the dough but nowadays red food coloring is added to accentuate this effect.The Red Velvet Cake is one of the most popular desserts in the United States and it’s also gaining popularity around the world. Here is my recipe:Ingredients for the cake:450 grams of flour 180 grams of butter (at room temperature) 3 big eggs (at room temperature) 450 grams of sugar 5 teaspoons of liquid red food coloring 15 grams of unsweetened cocoa powder 6 grams of vanilla extract 8 grams of salt380 grams of buttermilk7 grams of baking sodaIngredients for the cream:50 grams of flour ½ liter of whole milk 450 grams of butter (at room temperature) 400 grams of granulated sugar 10 grams of fine vanilla extractPreparation:In order to prepare the three basic disks of your Red Velvet Cake, start by banging the softened butter along with half of the sugar for 10 minutes until you obtain a clear and fluffy mixture. Add the eggs one at a time, alternating with the other half of the sugar then add the sifted cocoa, the food coloring and the vanilla.Dissolve the salt into the buttermilk and, in a small bowl, add the baking soda. Stir in the buttermilk into the mixture.Grease and flour three cake pans with the diameter of 24 cm, pour in the mixture inside the red velvet cake dividing it into equal parts and bake in oven preheated to 180 degrees for about 25-30 minutes (check it with a toothpick). Meanwhile, prepare the cream mixing the vanilla, with the help of a whisk, with the flour in cold milk inside a small pan; put it on low heat and simmer for 10 minutes, stirring constantly. Pour the cream obtained inside a container, cover with film and let it cool down until it is at room temperature. Beat the butter with the sugar until the mixture is light and fluffy, then add the vanilla and continue for another minute. Add to the mixture the cream and the flour so you obtain the vanilla cream to stuff and cover the red velvet cake.When the disks are ready, remove them from the oven and let them cool. Rest the first disc of red velvet on a serving plate and spread on the cream, doing the same thing with the second disc.Cover with the third disc and, at this point, coat the red velvet cake with the vanilla cream. If you intend to store the cake in the refrigerator remember to cover it well with a glass case so it does not dry up. Serve at room temperature and enjoy! 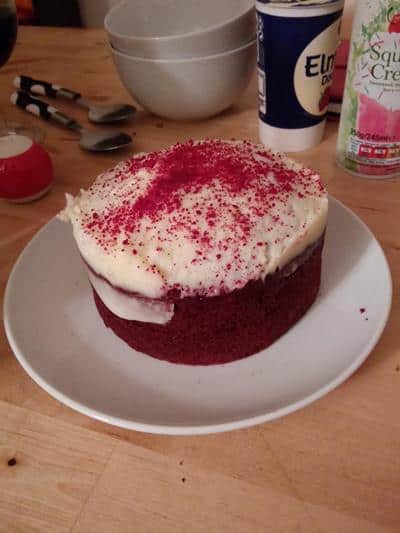