Graffiti can be seen written in any district of São Paulo. It’s everywhere. On the walls of houses and shops, bus stops, park benches, trash cans, manhole covers, and telephone poles.There are times when I see it written on a wall at the top of a tall building or on a pedestrian bridge, and I wonder how on earth it managed to get there. In Brazil, this type of graffiti is known as “pichar” and refers to symbols, words, or short pieces of text. Young people drawing graffiti come out in the dead of night. It seems that they particularly like to choose places that are very high and that will really catch people’s attention. It appears to be a means of expressing dissatisfaction with the political system and society in general. 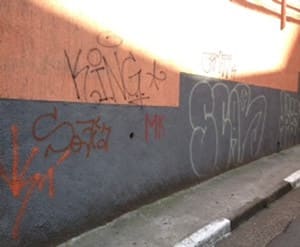 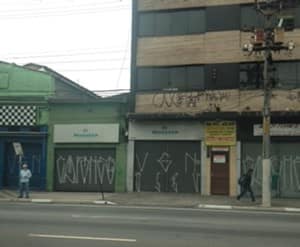 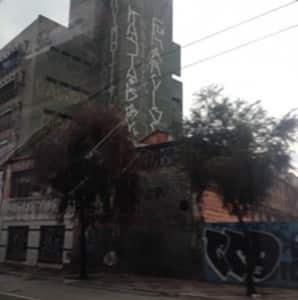 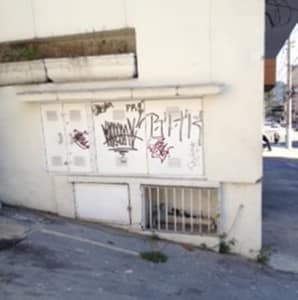 Another type of graffiti used to express the same discontent, thoughts, and opinions in a pictorial form as wall images is called “grafite.” Grafite spread to São Paulo in the 1980s after its birth in New York in the 1970s as graffiti, and is now found throughout the city. Drawn using spray cans, some feature vivid colors, but others include incomprehensible, somewhat dark images. Opinion is divided as to whether it is art or just visual pollution.Today, Brazil is known as one of the countries where street art is very popular and the number of street artists known internationally is increasing.These include such names as Os Gemeos, Eduardo Kobra, José Augusto Capeloa, Fabio de Oliveira, Binho Ribeiro, and Daniel Melim. 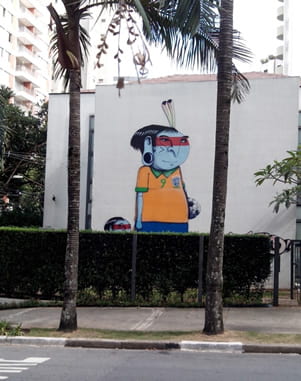 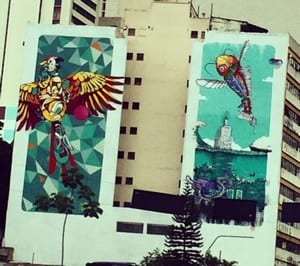 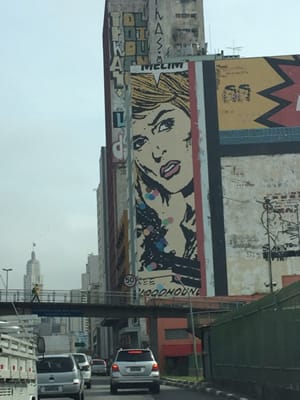 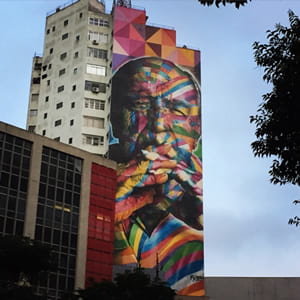 Artist: Eduardo Kobra
Eduardo Kobra painted a portrait of architect Oscar Niemeyer on the wall of a 56-meter building in Avenida Paulista, a São Paulo street often depicted in postcards. This large-scale colorful work is getting a lot of attention. From around seven years ago, Beco de Batman (Batman Alley) was set up as a wall art spot that now attracts the gaze of not only local residents but tourists from other regions as well.Here there is an internet community known as Color+City, where people making their walls available and would-be artists can get in contact. Their aim is to make this grey-colored city with its mass of buildings more colorful. Their hope is to have people take pleasure from looking at pictures, even in passing. As the city transforms with more and more buildings, it is as though graffiti has already blended into it.Colorful pictures with impact, drawn on a massive wall. Overwhelming pictures that seem too real, pictures that convey the feelings of the artist just by looking at them. It’s just like being in a gallery. This is the essence of street art.I wonder what kind of picture I’ll discover the next time I go out?