On the weekend, I’d planned to go to the BalloonFest held every year here in Findlay, but the rain refused to let up, unusual for here, and the festival was cancelled. I’d been looking forward to seeing lots of colorful hot air balloons and was excited because I thought I’d be able to show everyone some wonderful pictures. It’s too bad. In this post, I think I’ll share differences in basic ingredients that I bought without a second thought in Japan.  When I was in Japan, I loved to make the rounds of cute, chic cake shops. I’d look at the intricate designs of the cakes lined up in the display case and was often impressed. When I found ones I liked at different shops, I’d go there many times. One of the things I looked forward to when moving here was finding that kind of cake shop, but I haven’t seen one yet here in Findlay. Maybe I just haven’t discovered one yet, but there isn’t the kind of cake shop like in Japan where I think, “I’ll buy some baked sweets for a little gift” or “I’ll buy a snack that’s a little extravagant for a treat for myself,” and set out to buy something. Of course, if I go to the supermarket I can buy a cake anytime, but they’re either too big or look too sweet…I haven’t bought one yet. Because of that, since coming here I’ve come to think that when I get a craving for something sweet, I should make it myself. I’ve always liked baking, but I make even more here than when I was in Japan. For example, I make cream puffs.  In Japan, you can almost always buy cream puffs at a cake shop. They’re delicious and more reasonably priced than cakes. But, I’ve never seen a shop that sells cream puffs here in Findlay. (By the way, what are called cream puffs in America are called shu cream in Japan.) The basic ingredients for cream puffs are sugar, butter, milk, eggs, flour, heavy cream, vanilla beans, and salt. These ingredients, which I bought without hesitation in Japan, are a little different in America. At first I was confused, but I found them interesting so I’ll share them with you.  First, take sugar. In Japan, when making sweets I often used superfine sugar, but I don’t see it here. 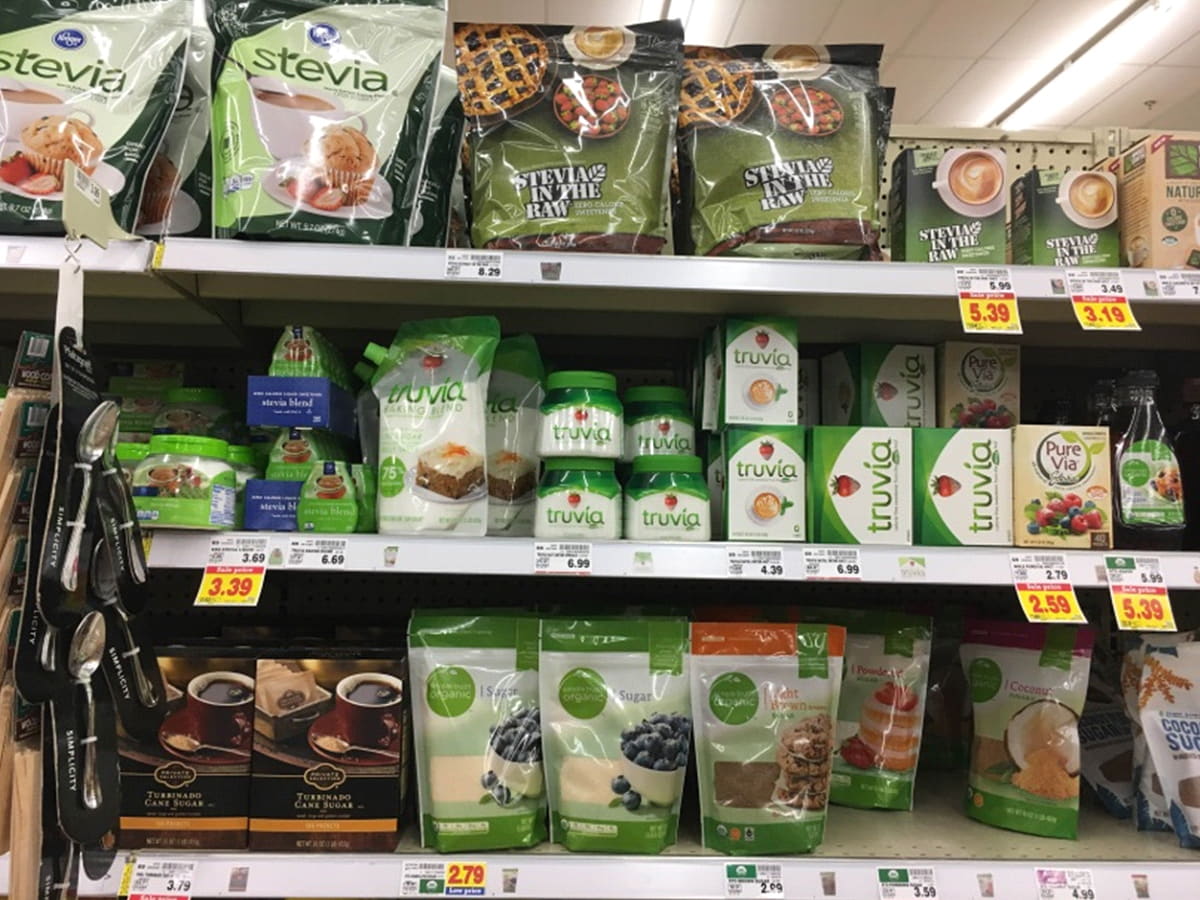 The sweetener, stevia, which you don’t really see in Japan, is sold here. There are many varieties, but when making sweets I use granulated sugar. Next is butter. In Japan, it’s usually sold in a 200g box. Here, generally it’s sold in a 453g (1lb.) package of 4 sticks (113g) like these. 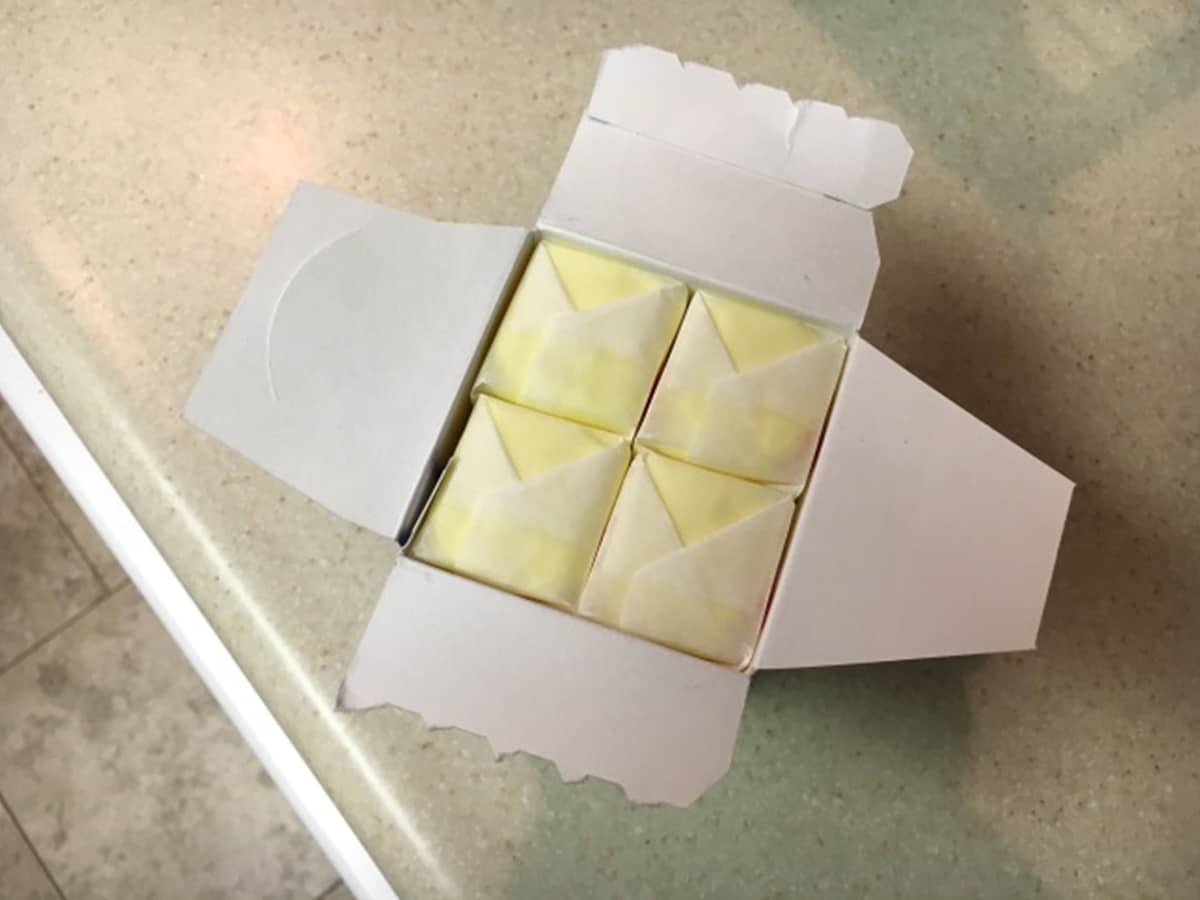 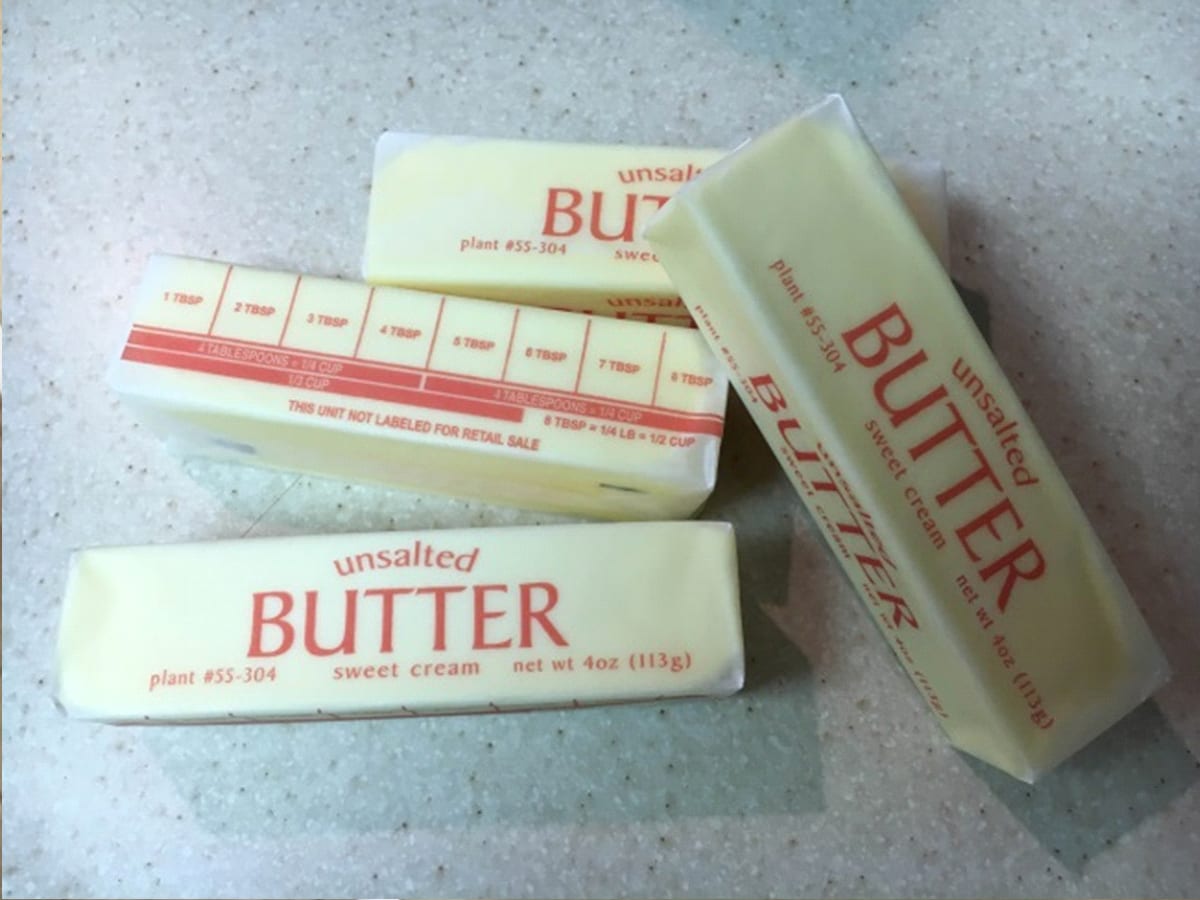 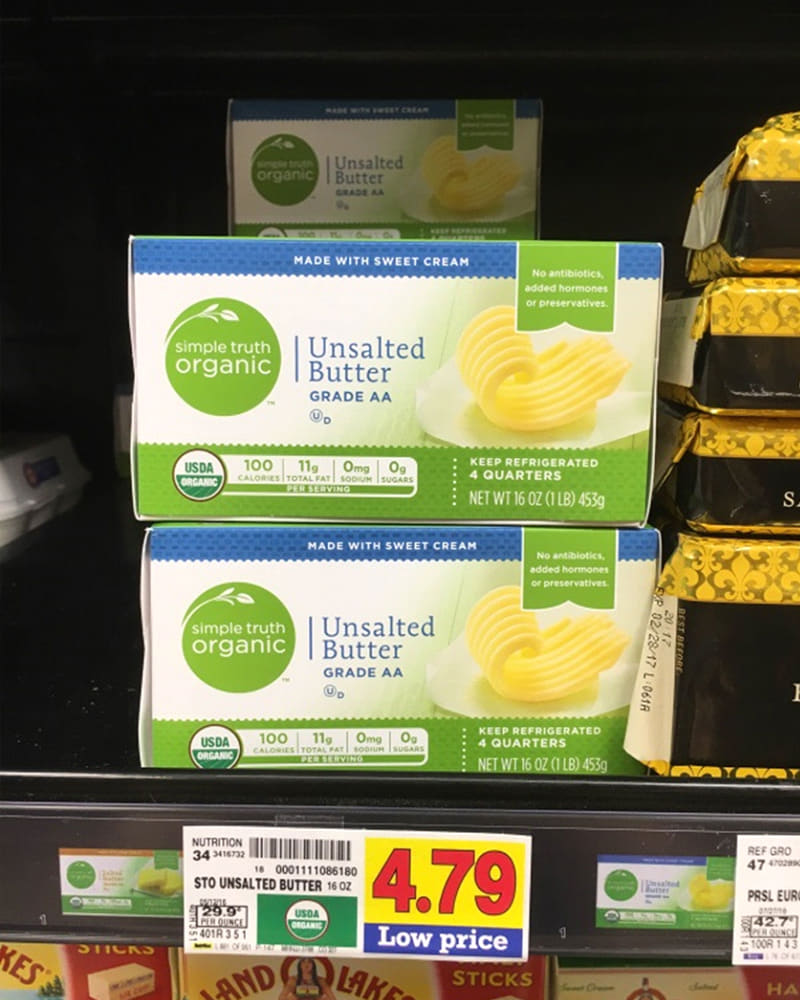 Next is milk.  For one thing, there is a wide variety, so I’m always indecisive about what milk to buy. 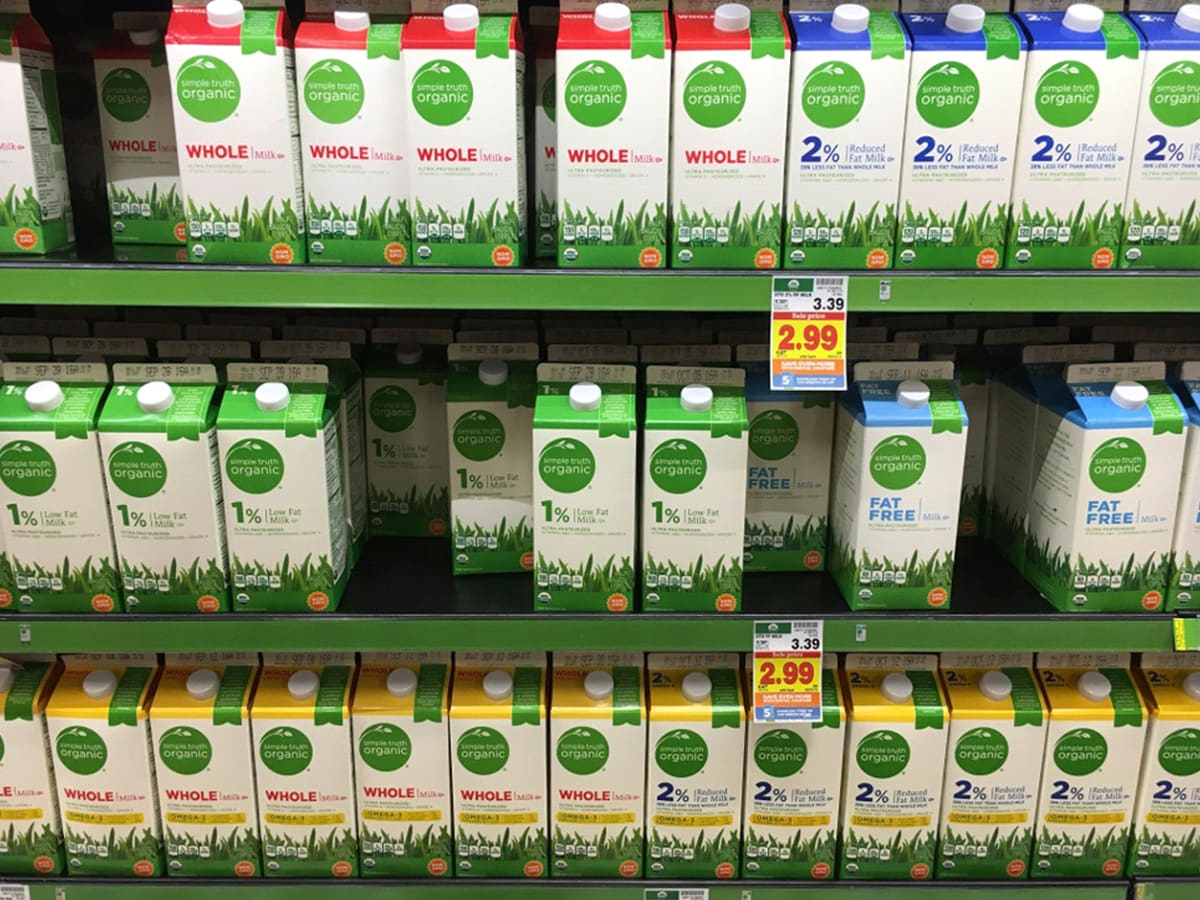 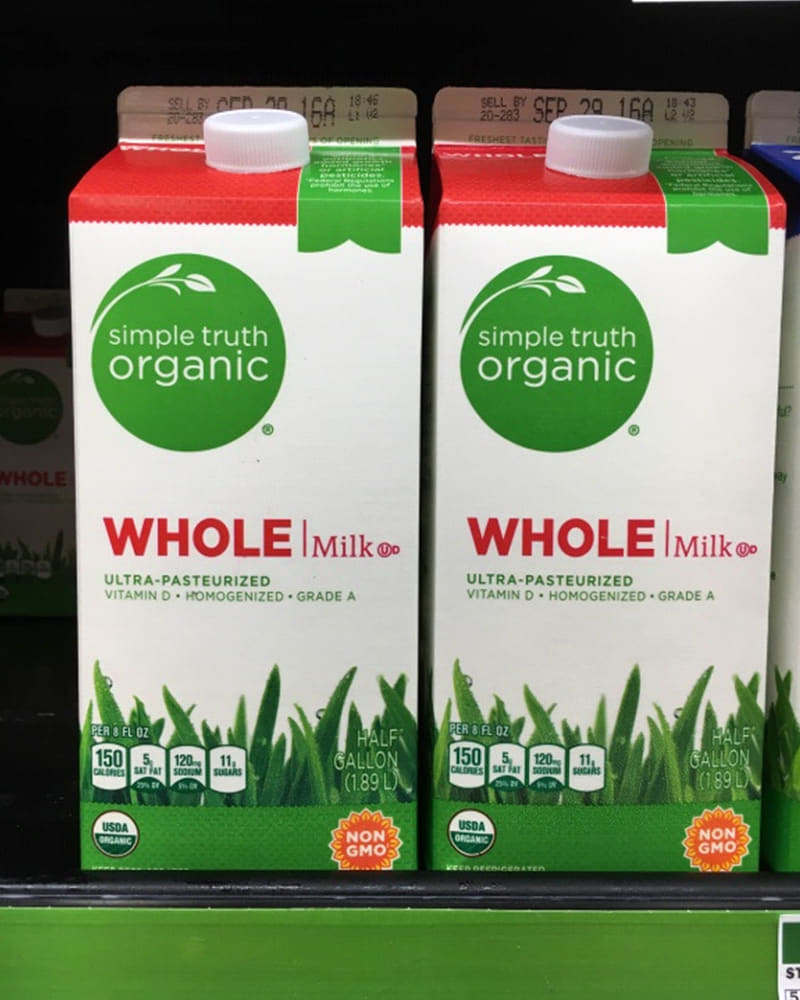 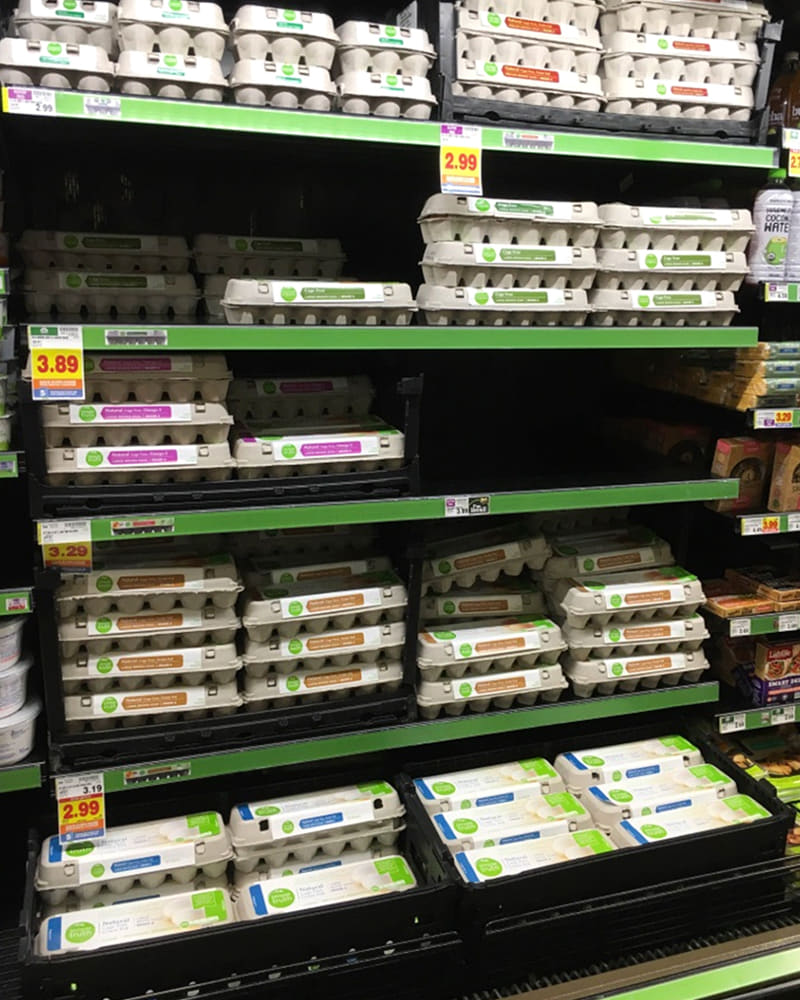 Unlike the plastic containers in Japan, here they are almost always sold in paper cartons. 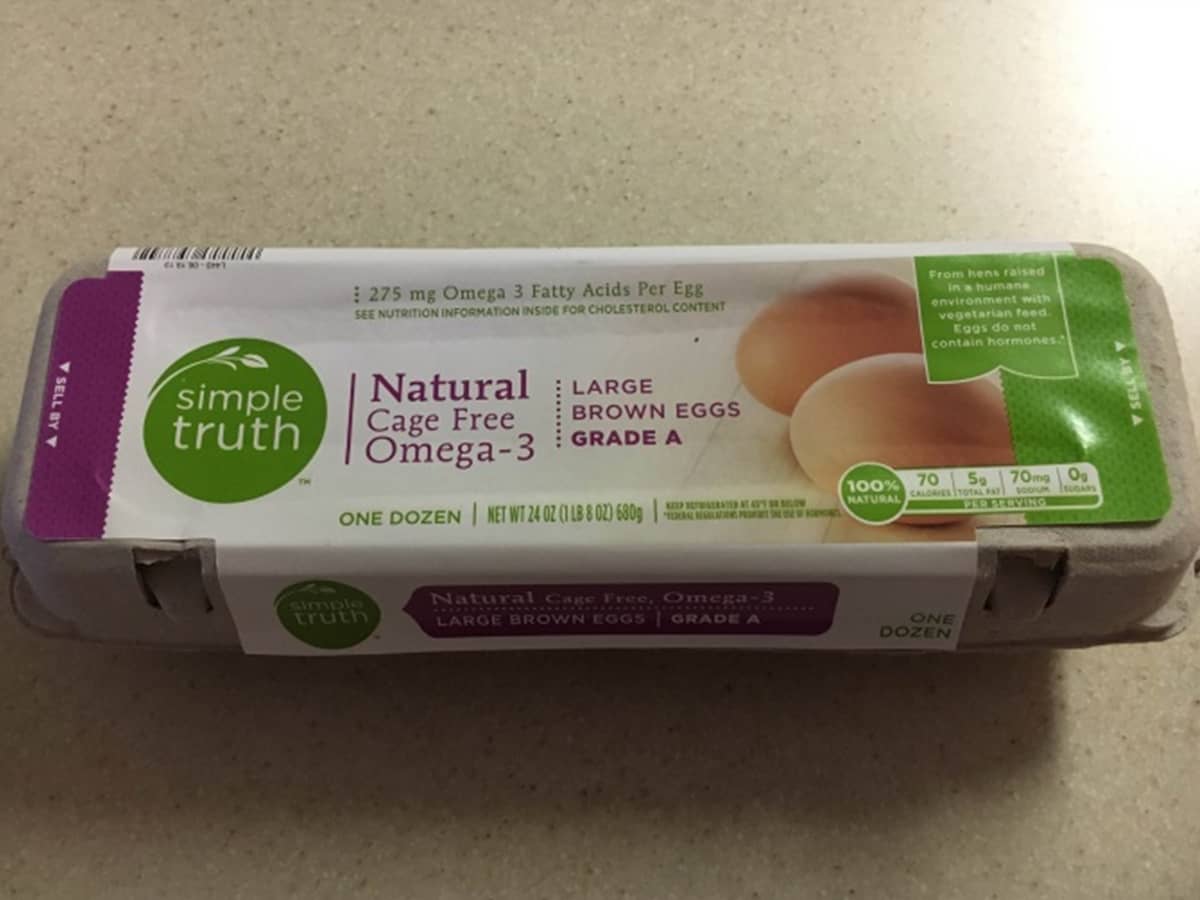 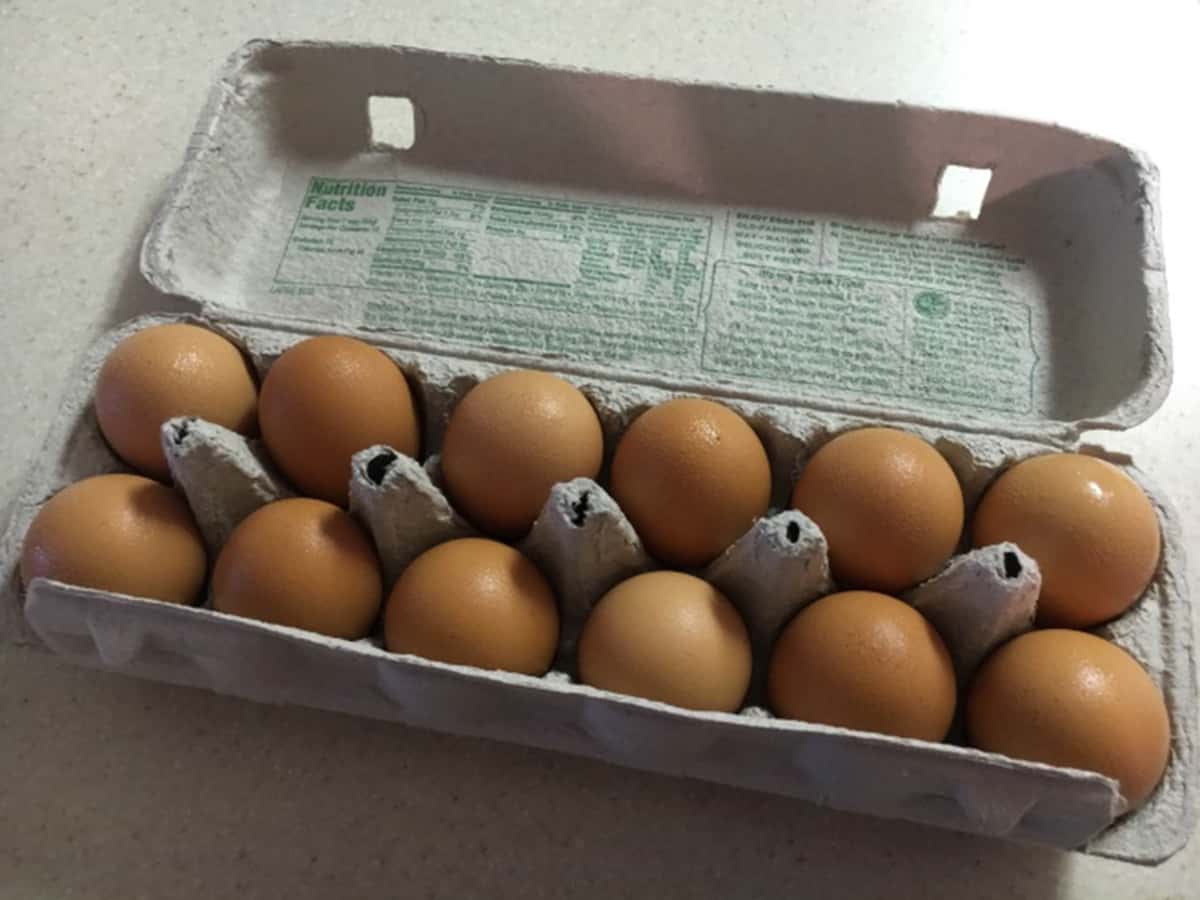 There are a dozen in one pack. You can’t see inside, so when I buy them I always check them first. (Apparently, sometimes they’re cracked.) I’ve never tried them, but there are egg whites for sale, too, which surprised me. 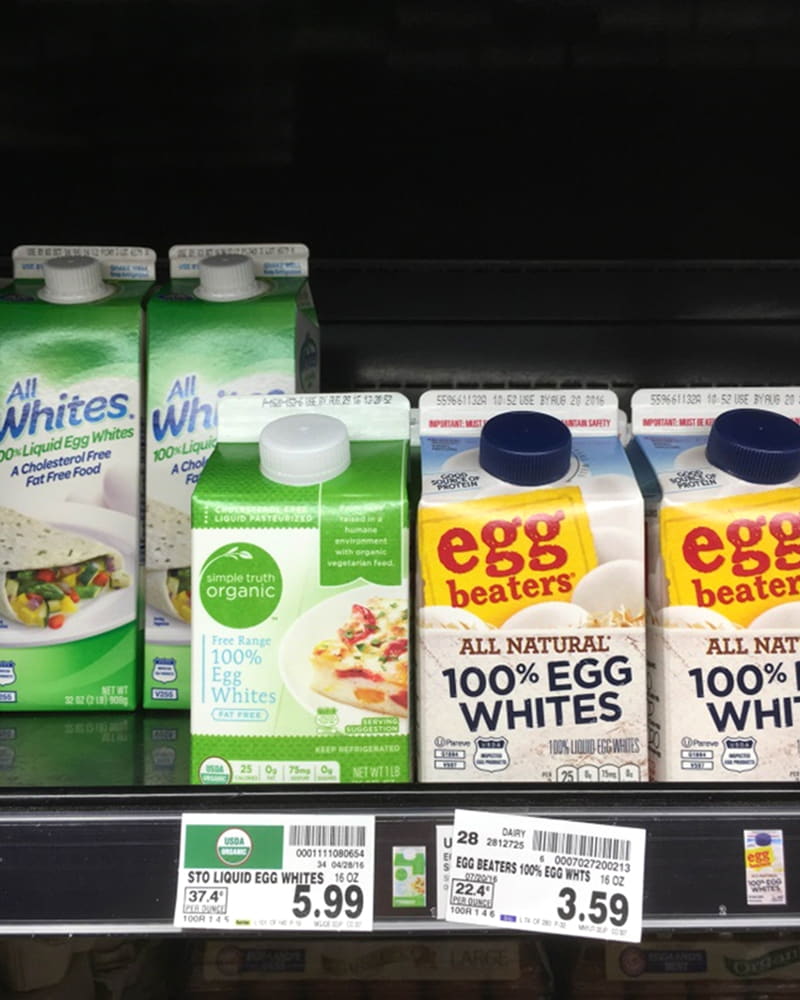 Then, there’s flour. There are dozens of varieties to choose from, so at first I didn’t know which to buy and was really confused. 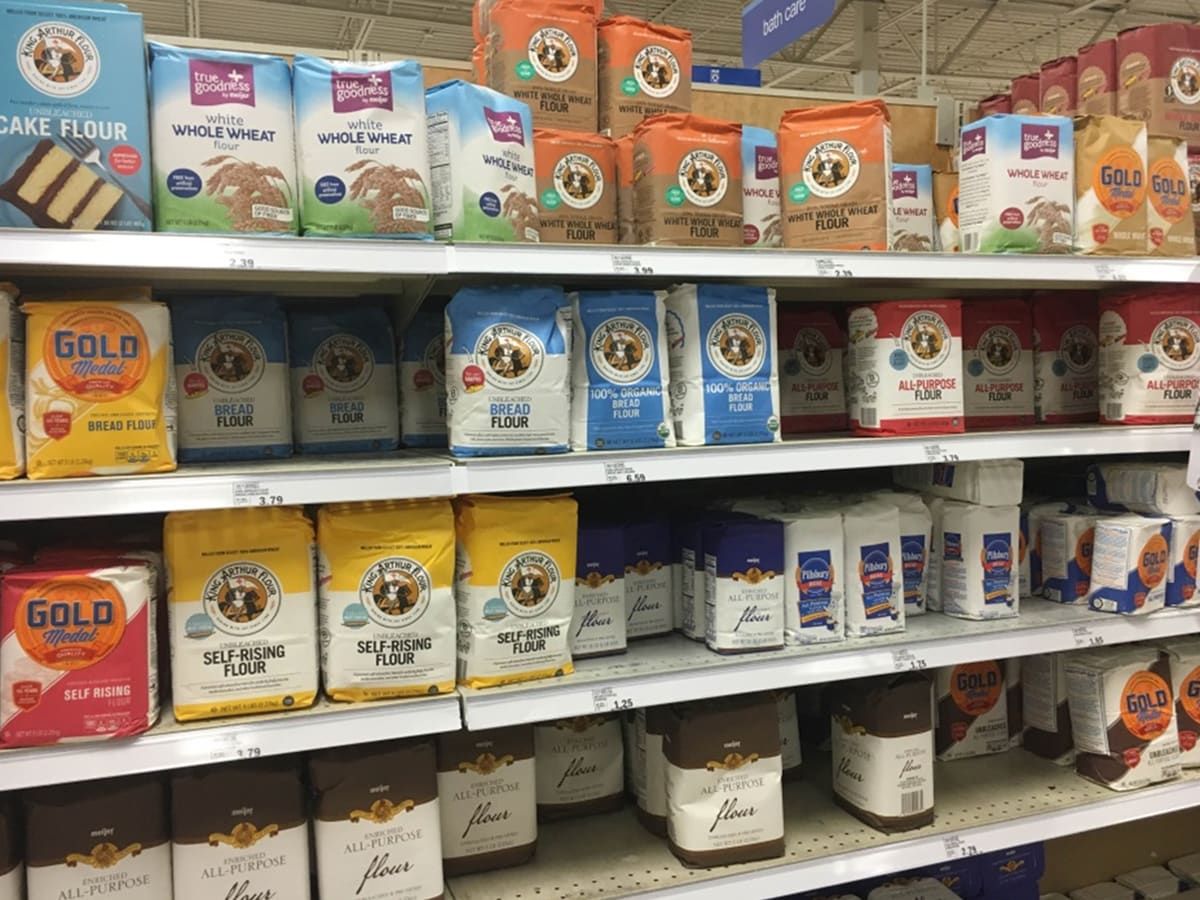 This ↓ cake flour (similar to what’s called soft flour in Japan) seems to be suitable for baking, 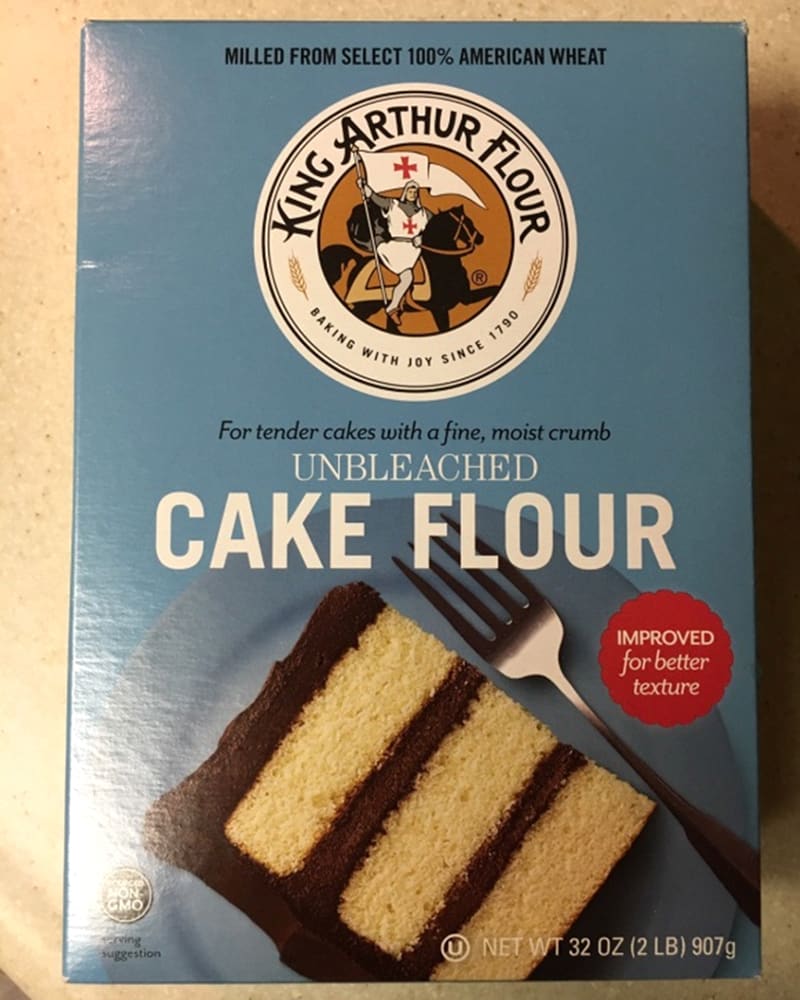 but I often use all-purpose flour, which is the most common in America. 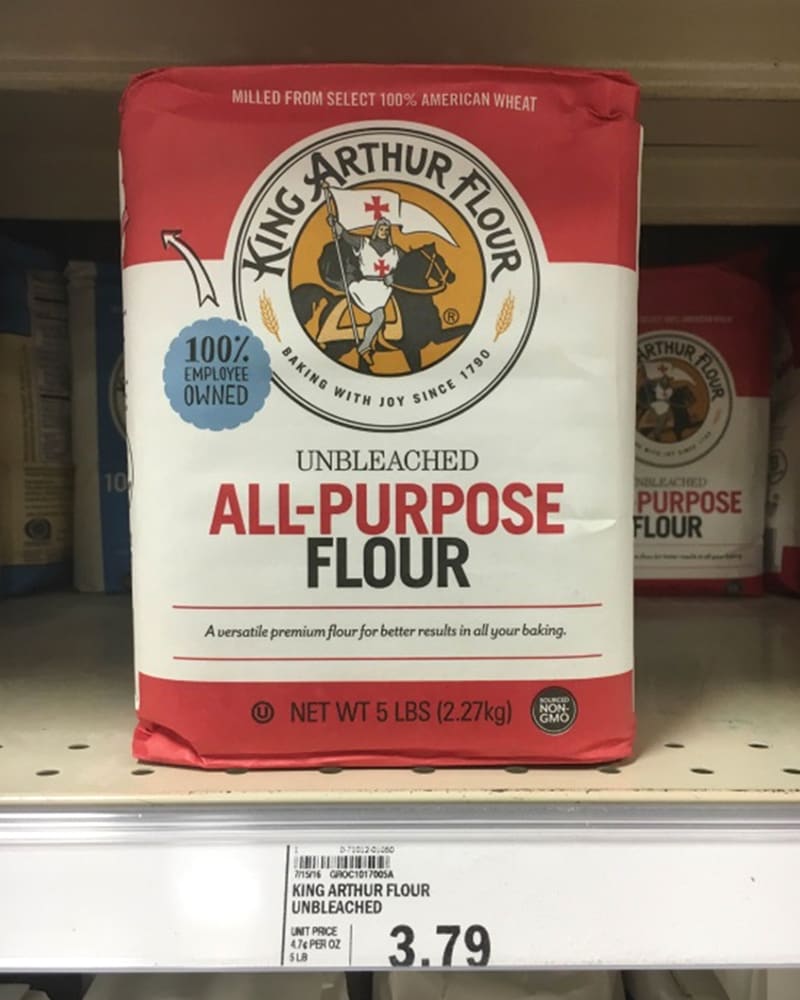 This manufacturer, King Arthur is the best 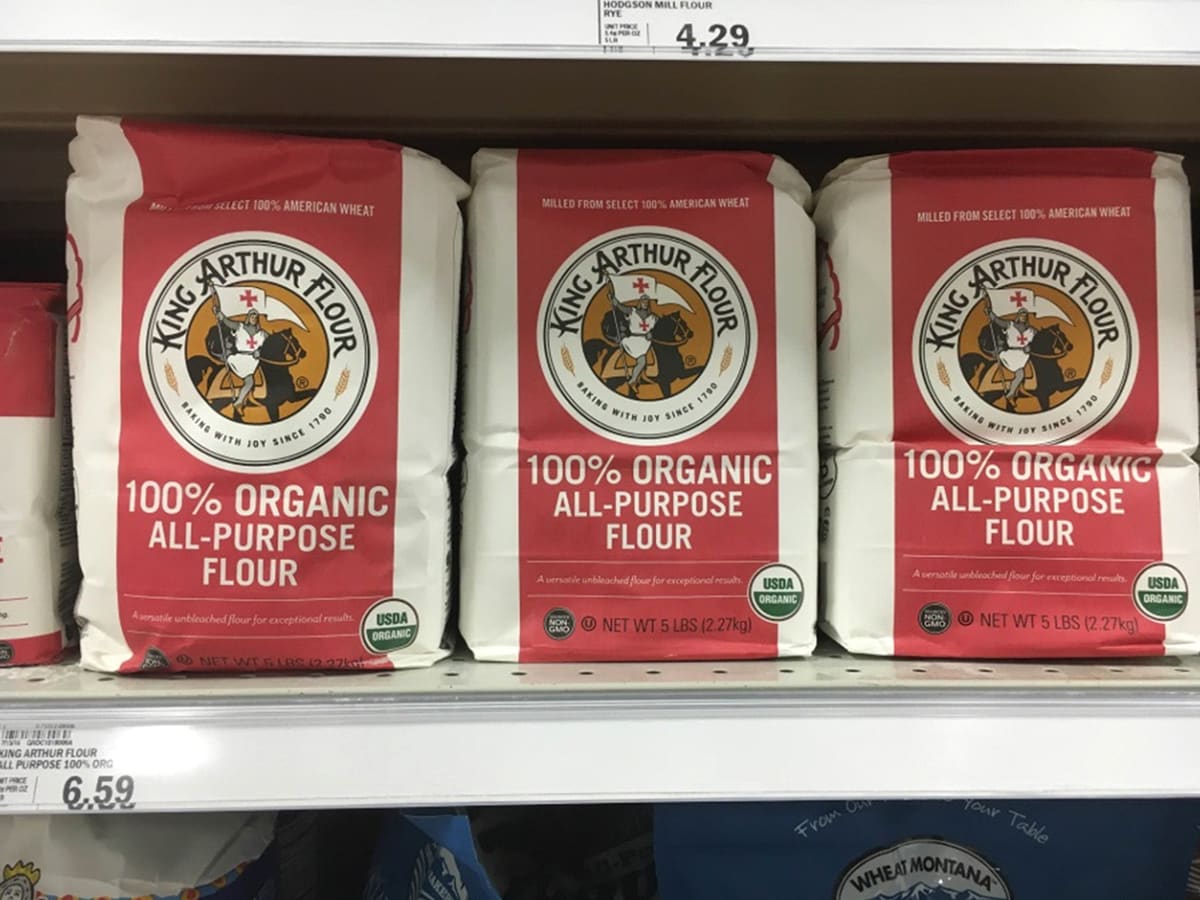 according to someone who’s lived here for many years and recommended it to me. It’s the oldest flour company in America. (100% organic flour from the same manufacturer is sold for almost twice as much…)  Other flours are also sold, including bread flour (hard flour), whole wheat, rice flour, soy flour, almond flour, coconut flour, and even banana flour and buckwheat. (Of course, it differs depending on the supermarket.) 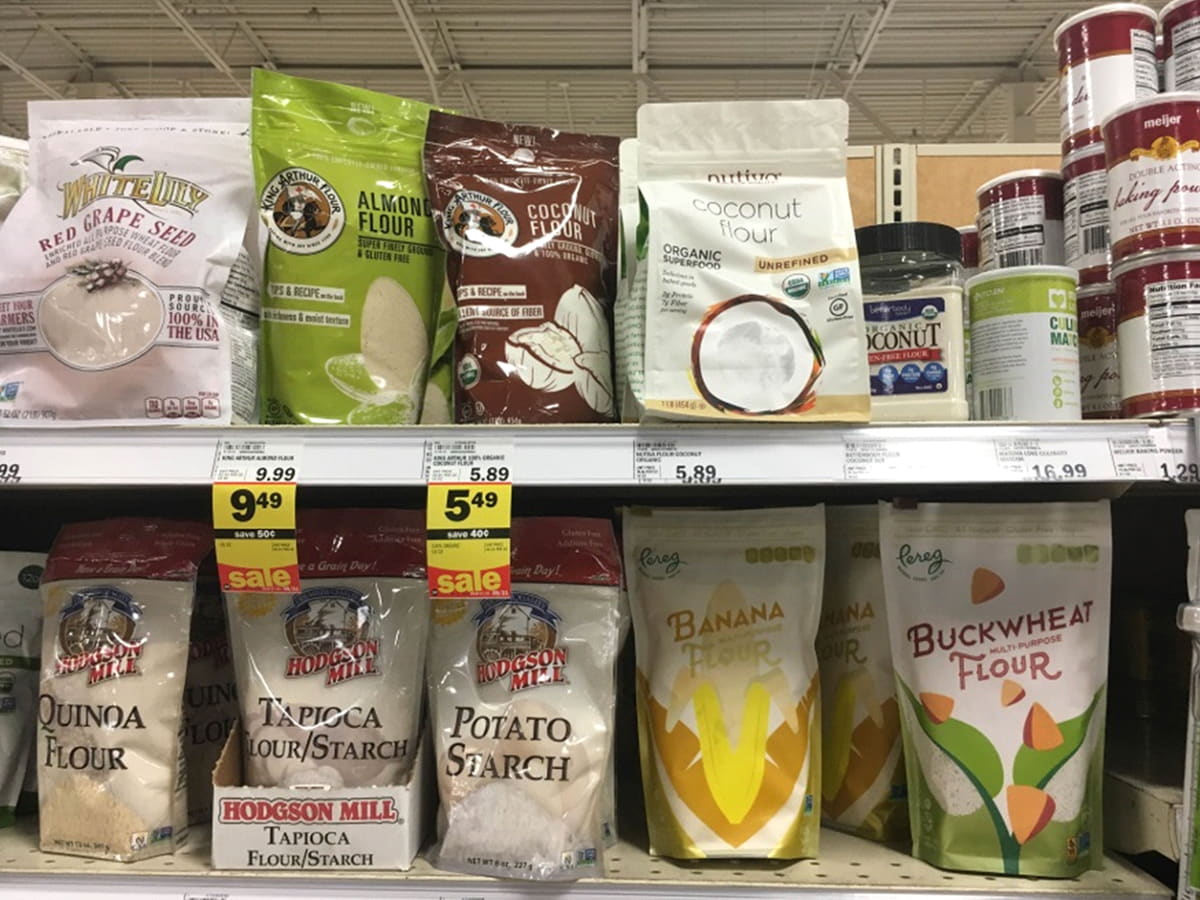 There are lots of substitutes, so even people with allergies to foods like flour have choices and have no worries. The flavor changes depending on the flour used, so I think it’s interesting to try different ones. Finally, there’s heavy cream, or what is called “nama cream” in Japan. 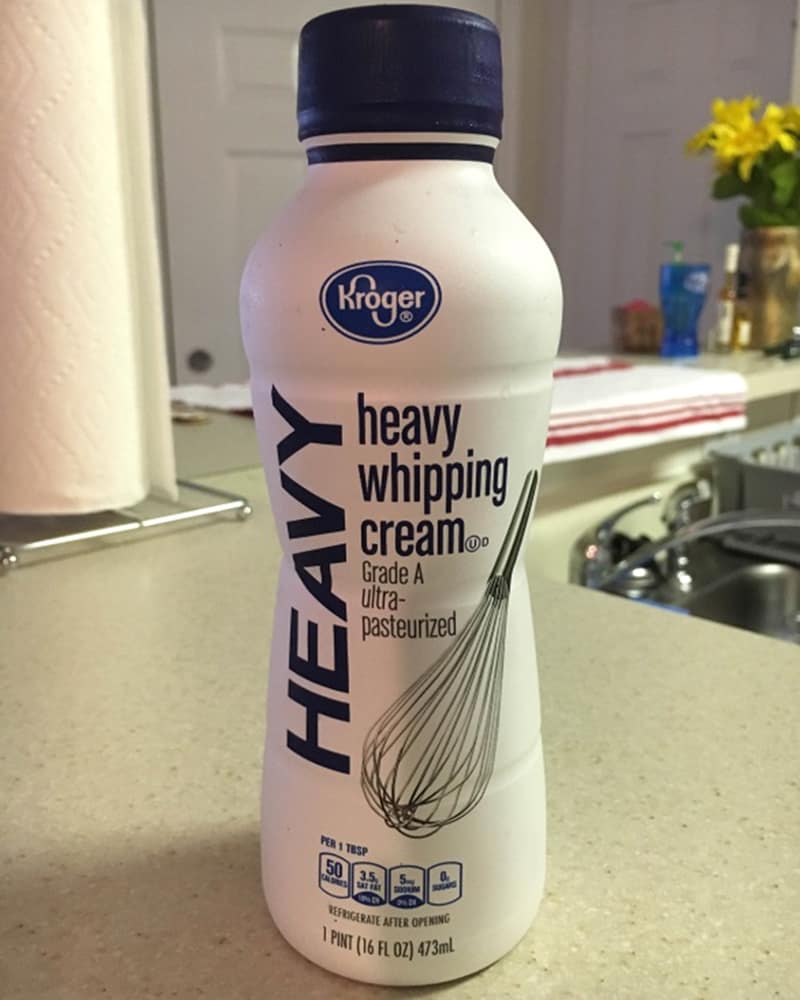 I think in Japan most products are sold in 200ml cartons, but here one container is 473ml and it’s difficult to use it all up. 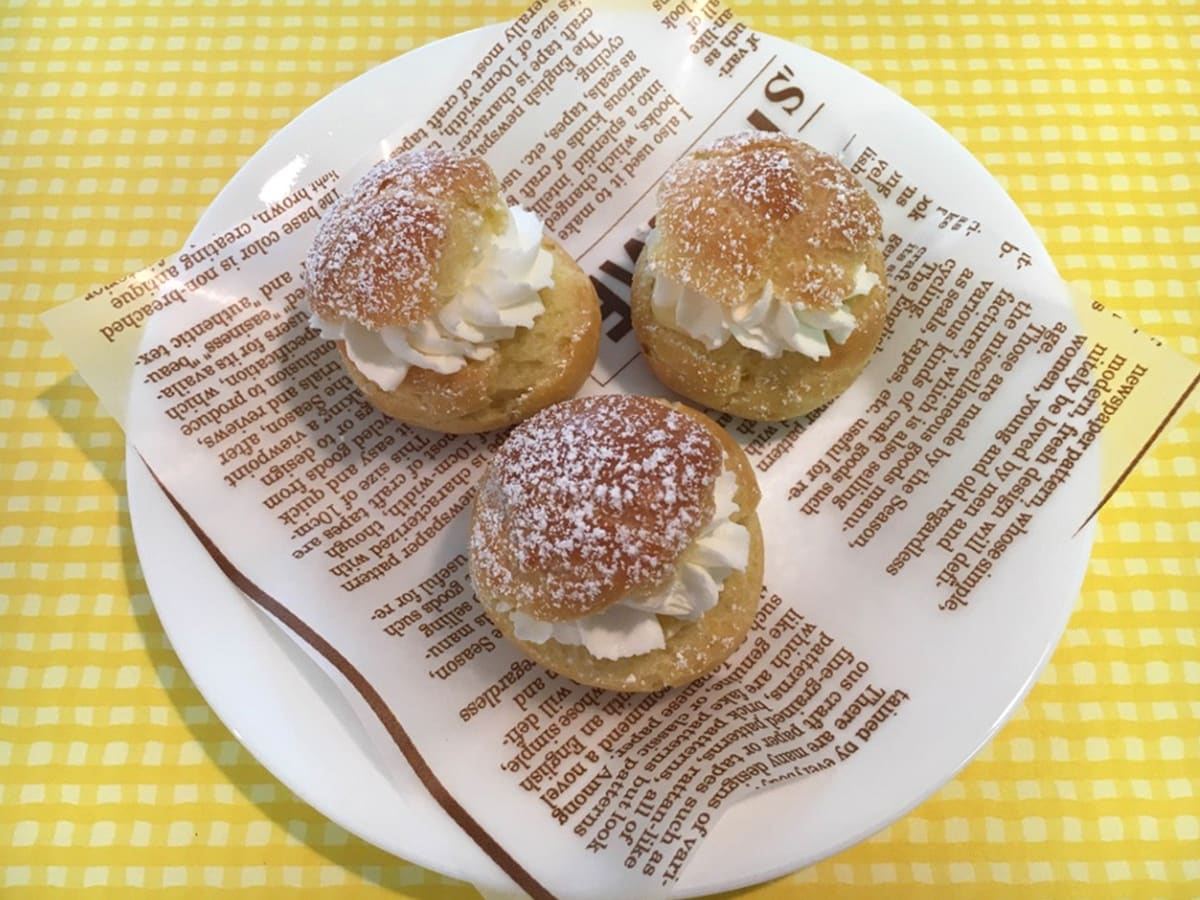 Here are the finished cream puffs.
If you want to whip up something simple, these kinds of cake (and cookie) mixes are sold in all kinds of varieties. 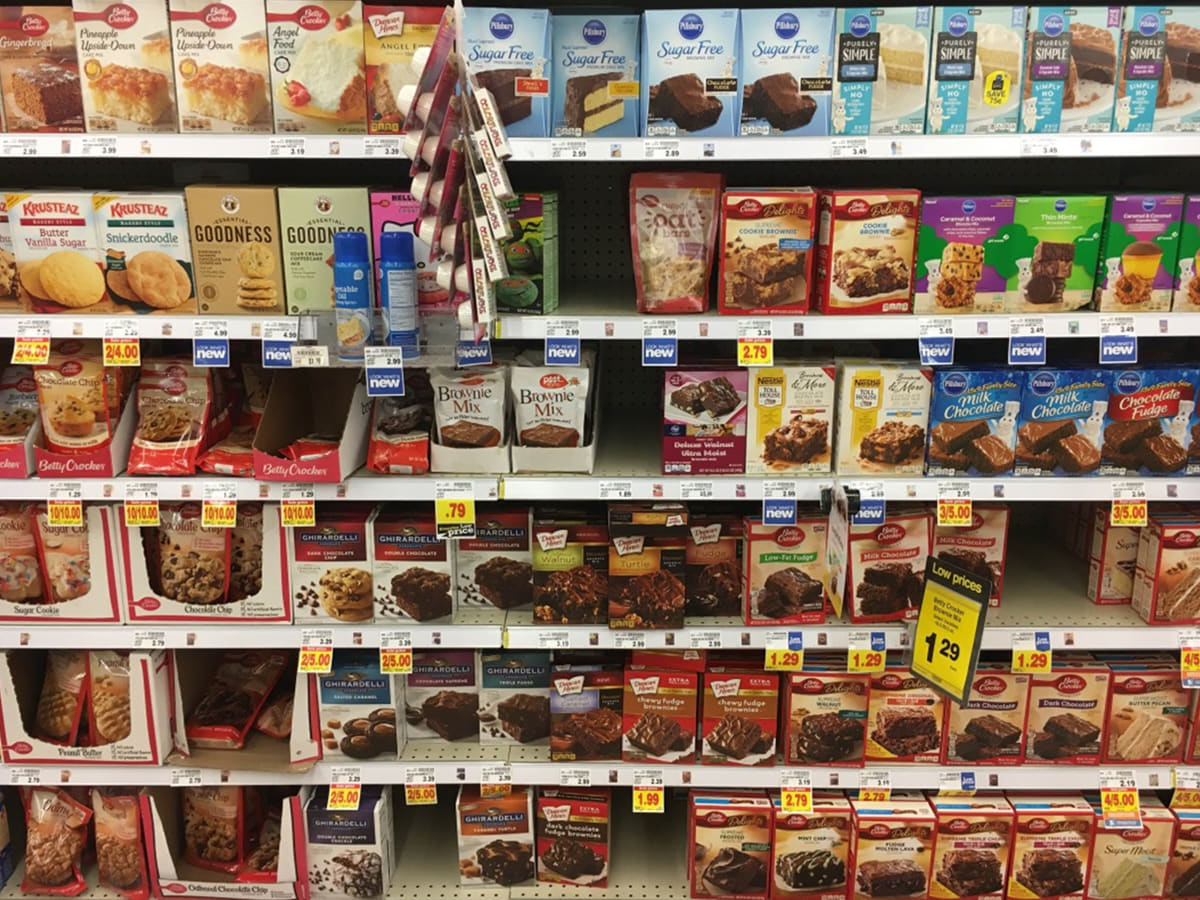 Most only require you to mix in eggs, water, and butter before baking. I’ve yet to try one, but in American homes they’re pretty commonly used. They’re also cheap and apparently taste good.  Not only the ingredients, but also the manner of measuring, oven temperature (Celsius/Fahrenheit), etc. are different from Japan, so at first I was really perplexed. Ovens are really big compared to ovens found in Japanese homes. They’re convenient since you can bake a lot of food at once.  What I thought of as normal in Japan, like ingredients and measurements, are different here. There’s so much I don’t know that I make a ton of mistakes. But when I do make a mistake, I think about it and learn a lot from it. Even these basic ingredients are completely different from Japan. I discover something new every day and find it really interesting.