Do you like ice cream?You sometimes feel like you want to eat cold ice cream during the hot season, right?Today I want to show you some popular ice creams you see at the grocery store in the United States. Here in the U.S., stores have an astonishing amount of ice cream. It is no doubt a paradise for people who like ice cream, with ice cream sections reaching far back in grocery stores. 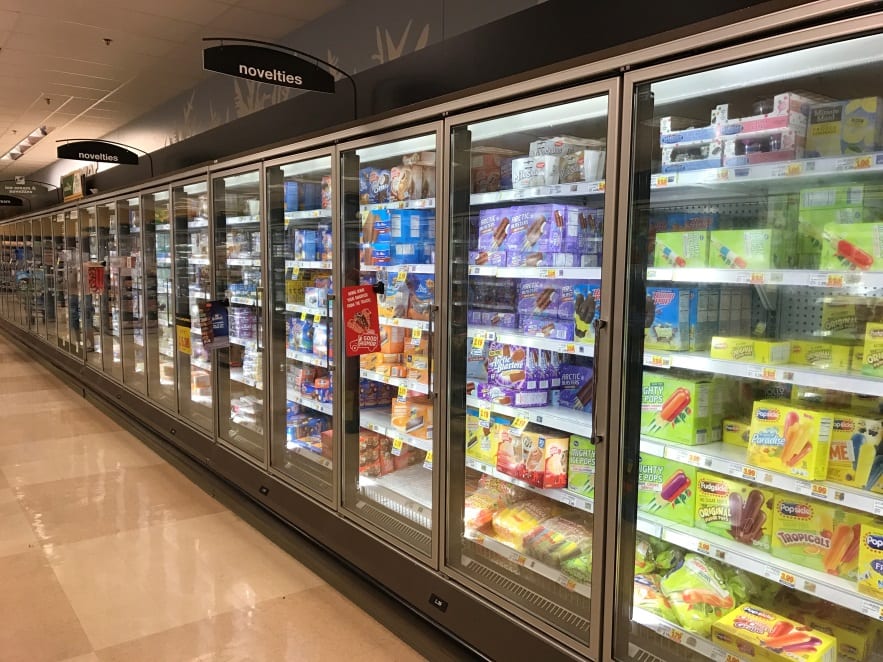 This is the regular size of ice cream containers. 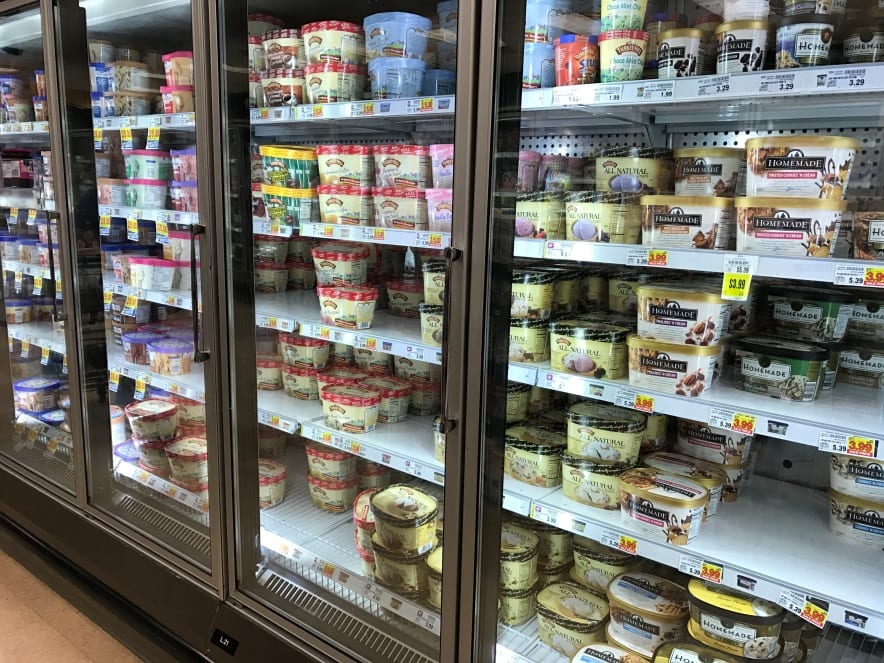 Although it is hard to tell from this photo, the regular size of an ice cream container is a whopping 1.5 quarts (1.42 liters). It’s too big to just pick up easily like you would when buying something from the ice cream section at a convenience store in Japan. Between my husband and I, after we have bought one kind, it takes quite a while until we can try a different kind. Despite the huge size of the ice cream containers, it is probably fair to say that all refrigerators in American homes always have at least one container in their freezer.Next to the ice cream section, there is a wide selection of waffle cones, ice cream sauces, and other ice cream supplies. For example, there are sauces you warm before putting them on your ice cream and chocolate that becomes crispy when cooled by the ice cream. 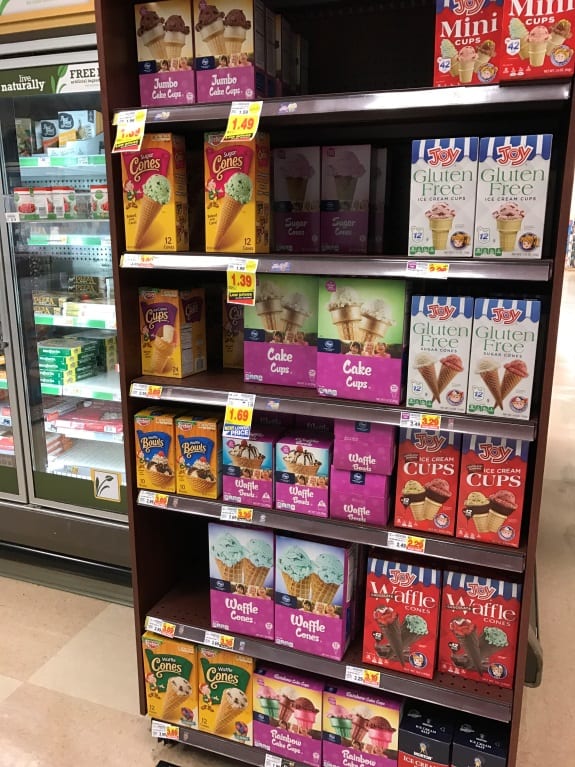 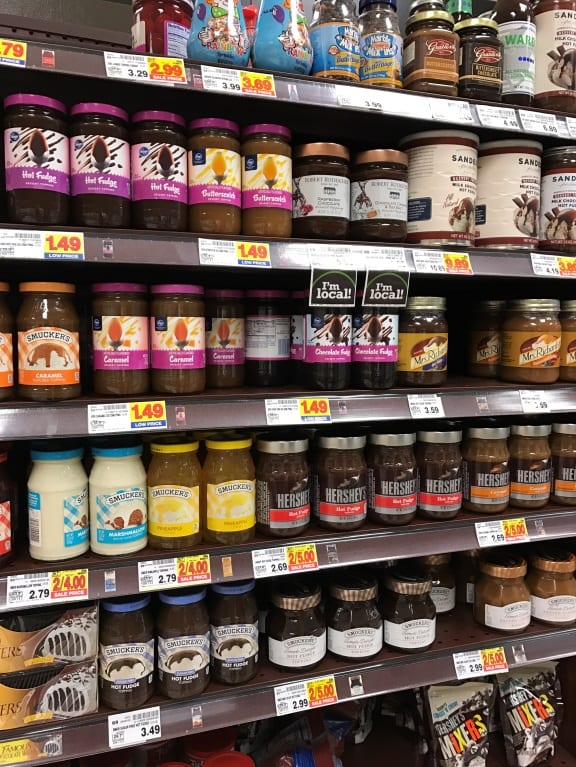 Now let me show you some of the ice cream brands that I think are very distinctive of the U.S.Let’s start with this. The top major ice pop that almost all Americans know is the popsicle. ‘Popsicle’ was originally a brand name but became the generic name for an ice pop, so that the English word for ice pop is now ‘popsicle.’ The drumsticks you see in the photo on the right are also popular. Japan has similar ice cream-filled ice cream cones. 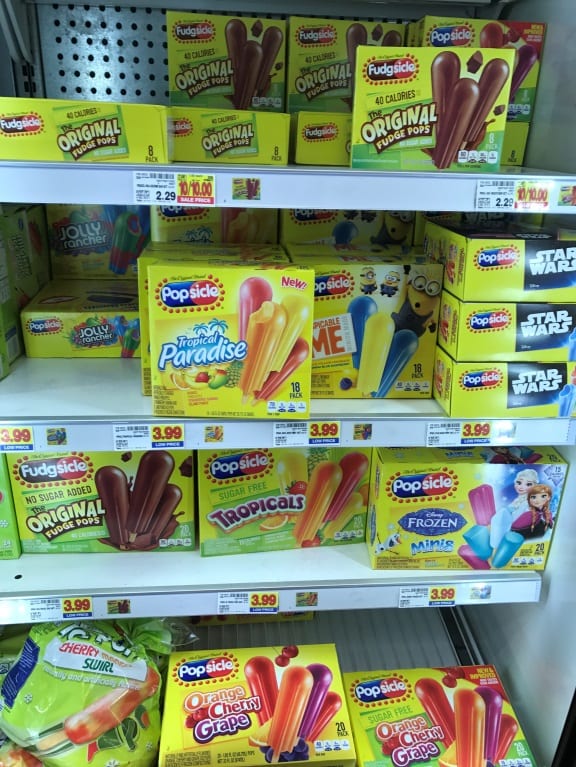 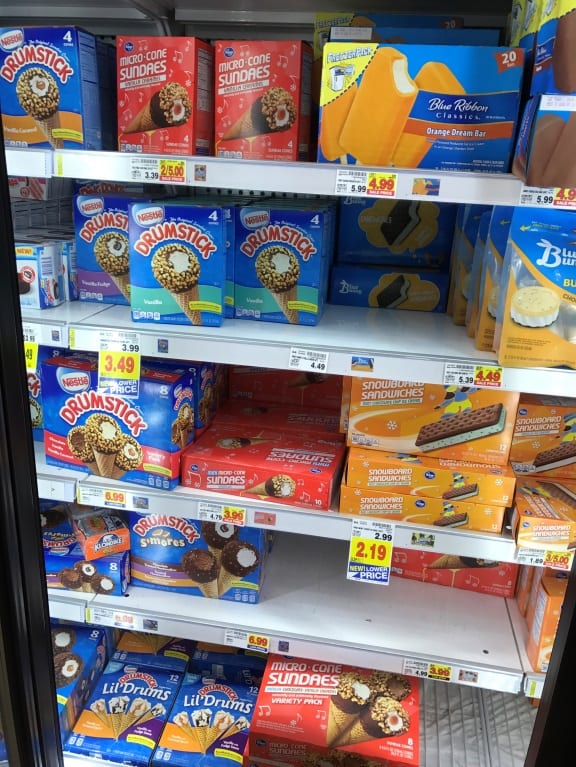 Häagen-Dazs that is a familiar brand in Japan as well is naturally very popular in the U.S. too. 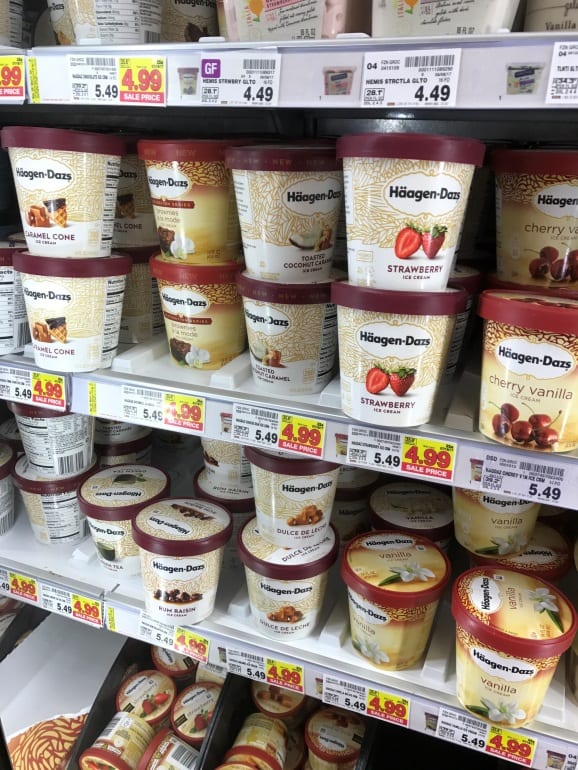 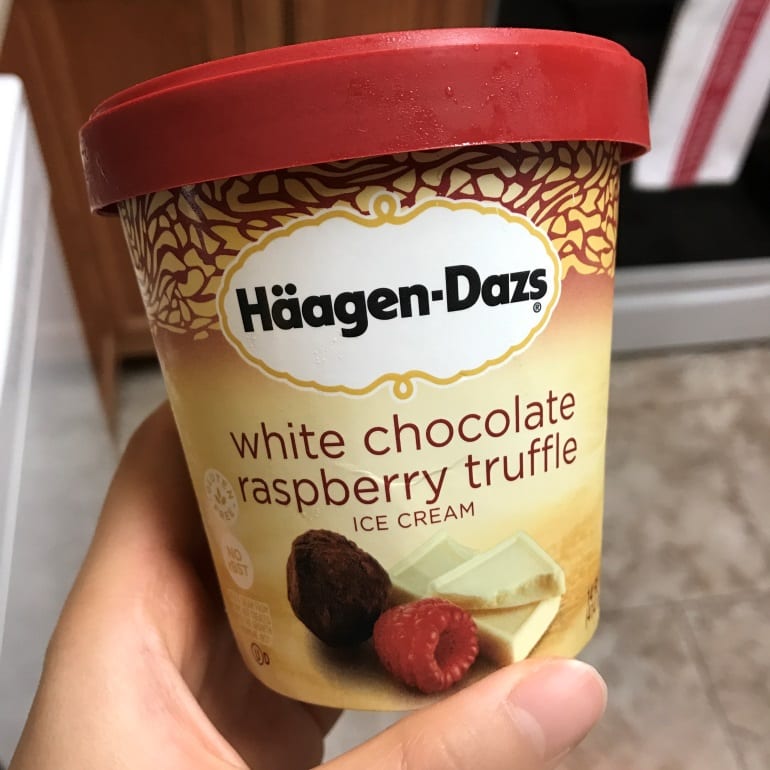 As the brand’s home country, it is less expensive here than Japan, so it does not really feel like it is meant for days when you want a luxurious treat. Although there is no ice cream with mochi rice cakes in it like in Japan and fewer limited edition seasonal flavors, the white chocolate raspberry truffle you see in the picture on the right is delicious, and I personally recommend it.Perhaps many of you know Ben & Jerry’s that is shown here. I believe the shop opened in Tokyo a few years back. There are many different flavors, but my favorite is Chunky Monkey shown in the picture on the right. It is banana flavored ice cream with large chunks of chocolate and fragrant walnuts. Well, perhaps it is not so much my favorite as the only flavor I have tried, so I cannot judge the rest of the flavors, but this one is great! 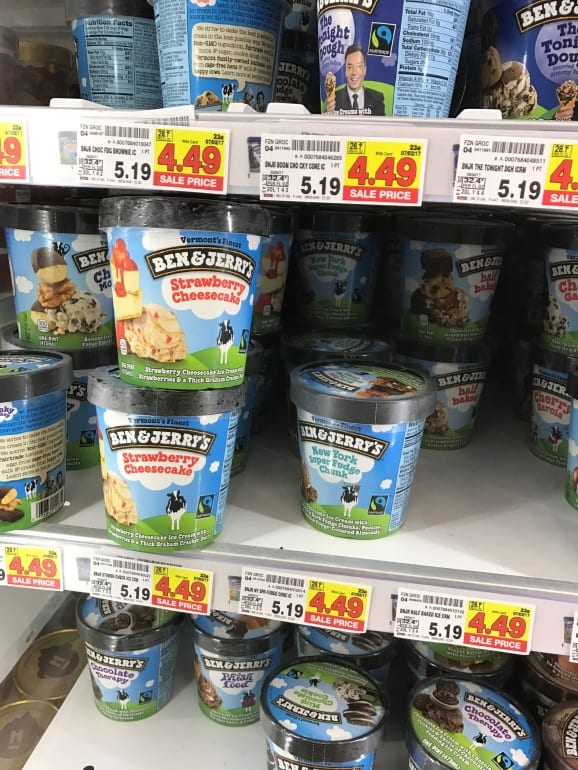 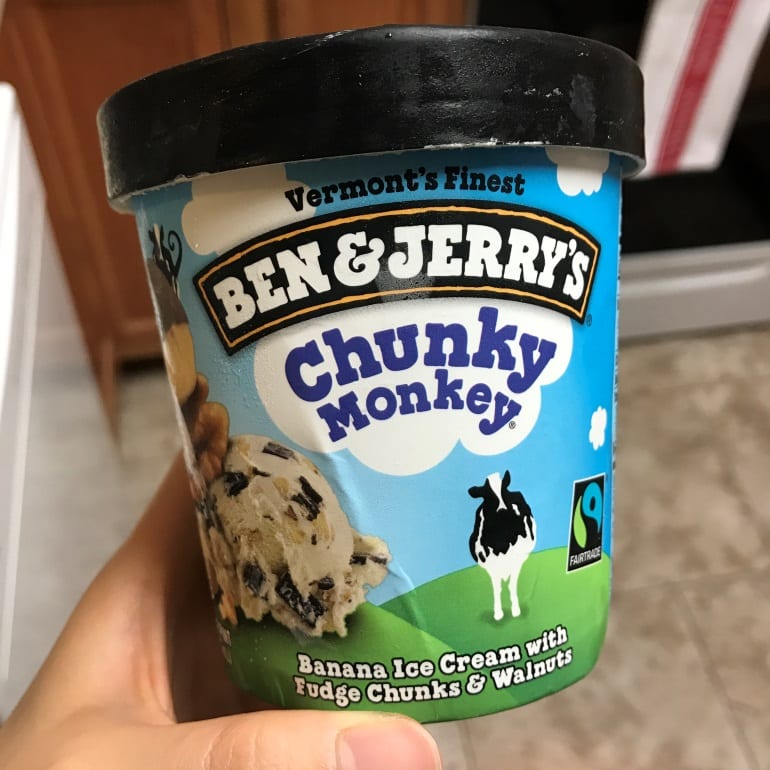 And then, these were the ice creams I felt were the most American. 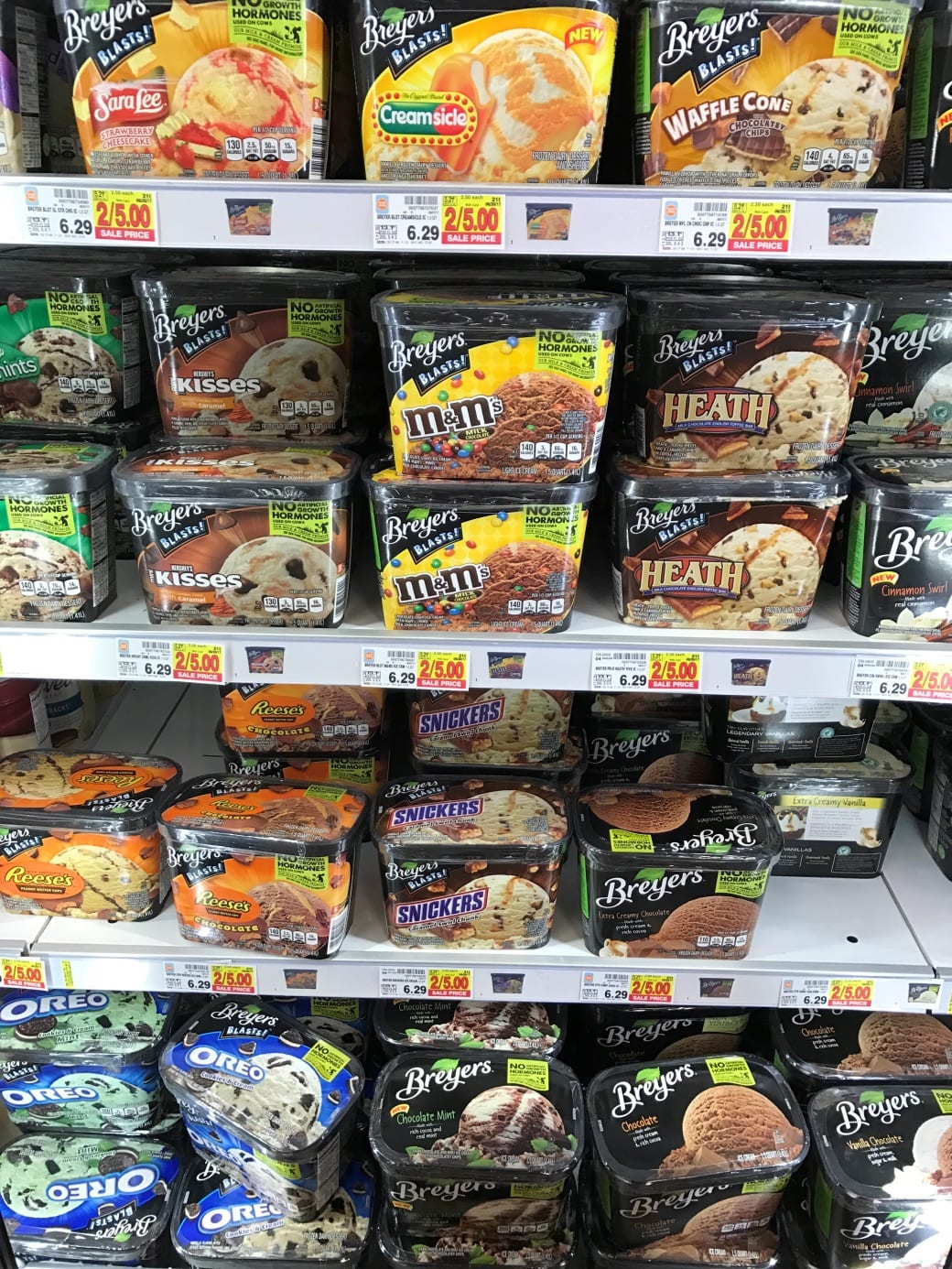 In these, candy brands that are popular in the U.S. are made into ice cream. While the texture may be fun, the combination of something sweet with something sweet makes me feel full just thinking about it. These flavors included, there are many flavors like red velvet cake, peanut butter cup, and Smore’s that you do not see often in Japan, so it is very interesting.If you want fewer calories, there are products like frozen yogurt ice bars made with low-calorie Greek yogurt. I also often find smoothie ice creams with protein added and, more recently, ice cream with mochi in it. 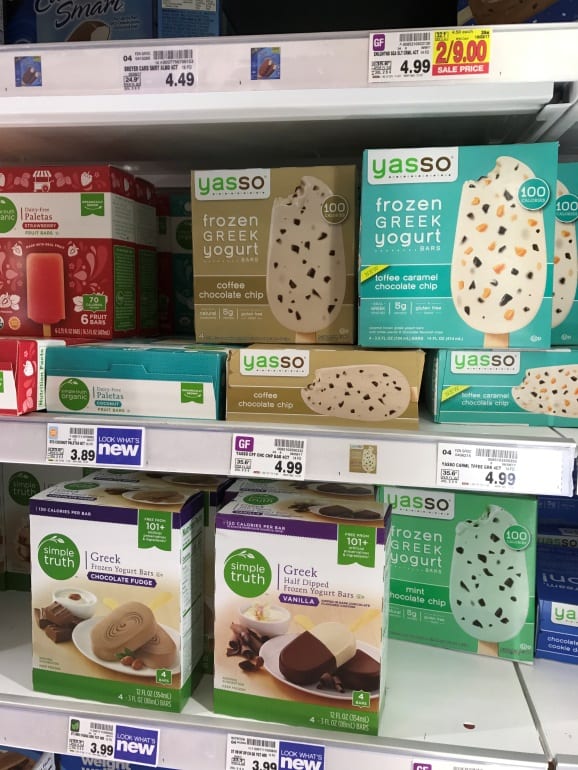 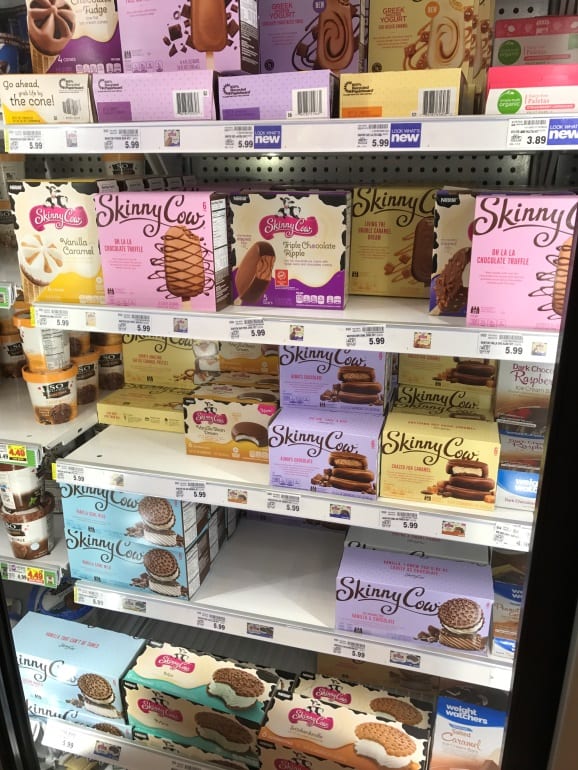 Also, as you would expect in the U.S. where you have so many food options, there are many types of ice creams for vegans. There are also ice creams like dairy free, gluten-free, and egg free that people with allergies can enjoy without worry. 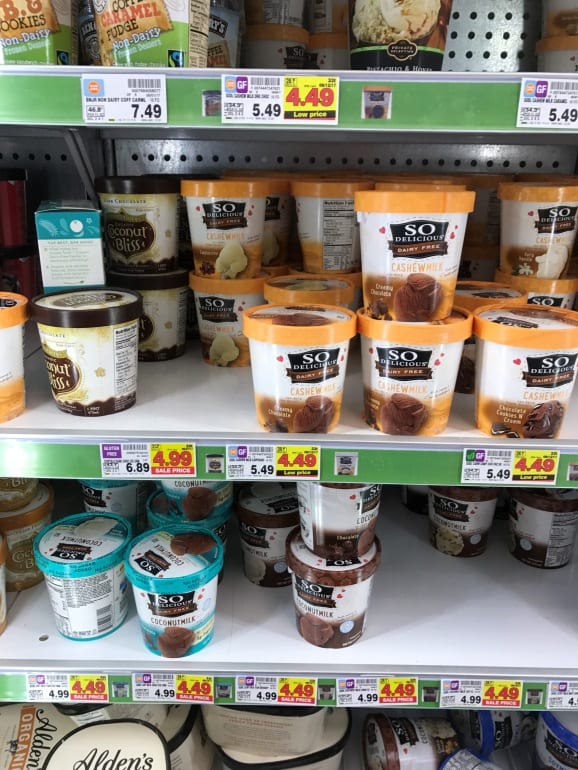 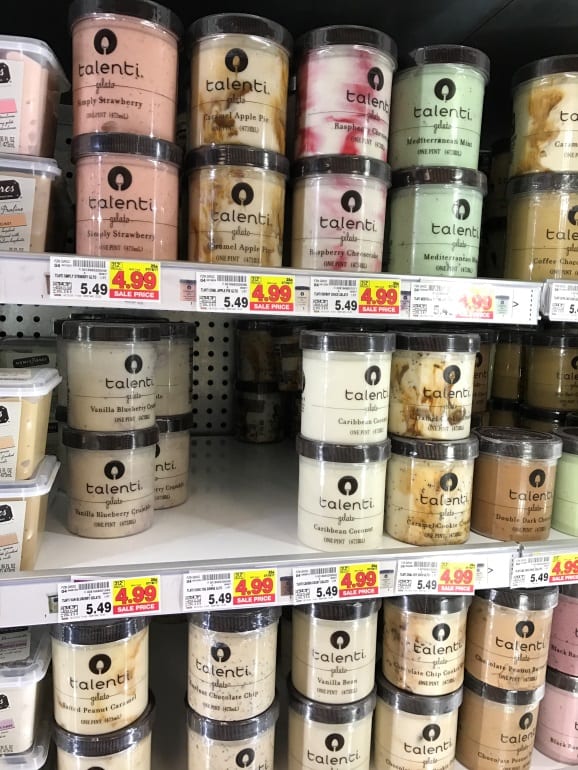 The photo on the left shows some ice creams made with coconut milk, cashew nut milk, soy milk, and other milk alternatives. The photo on the right shows gelato, and I recommend these types because they are not too sweet and they don’t have excess additives. They are low-fat, richly flavored, and very tasty. In the U.S. where more and more people are becoming health-conscious, gelato is becoming increasingly popular in recent years. 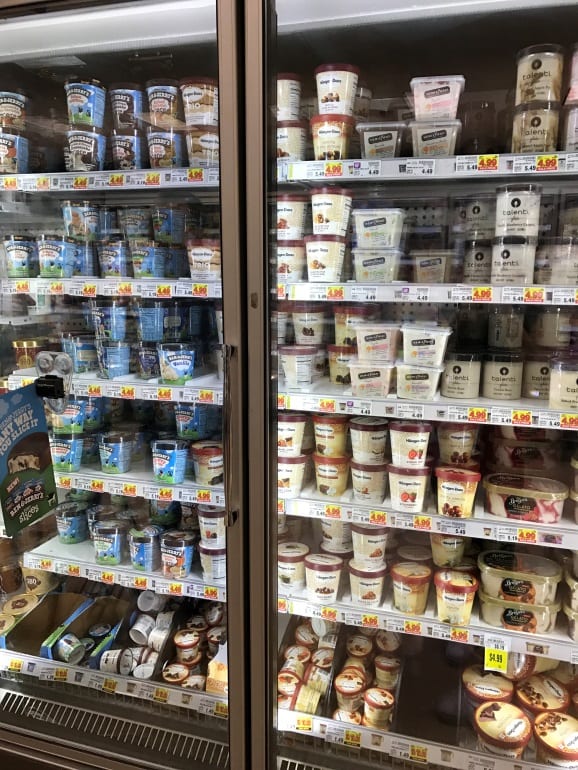 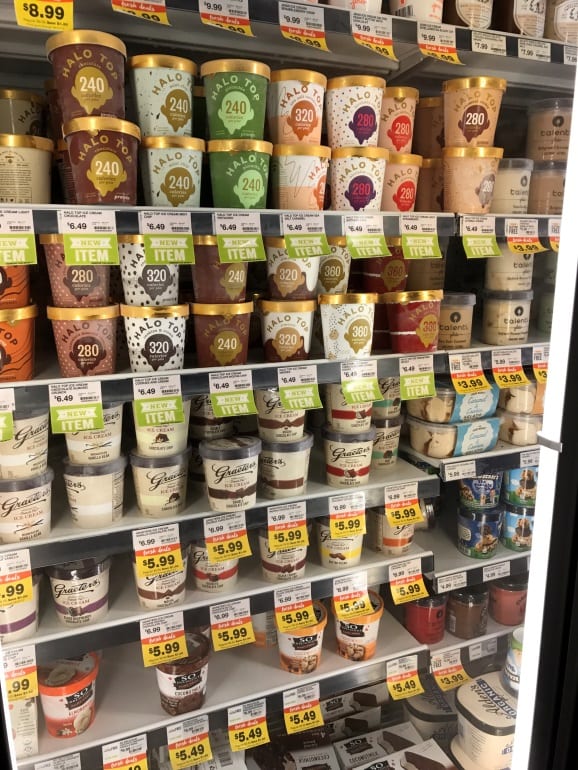 With so many different kinds of ice cream, it is a little difficult to choose one flavor when you feel like you want to eat it (laugh). At the actual ice cream sales place, there is always someone standing in front of the freezer surveying the options to try and choose one. How quickly do Americans get through these large containers of ice cream? I am a little curious about this.Lastly, the U.S. is the place where you can get these huge buckets of ice cream at any regular grocery store! 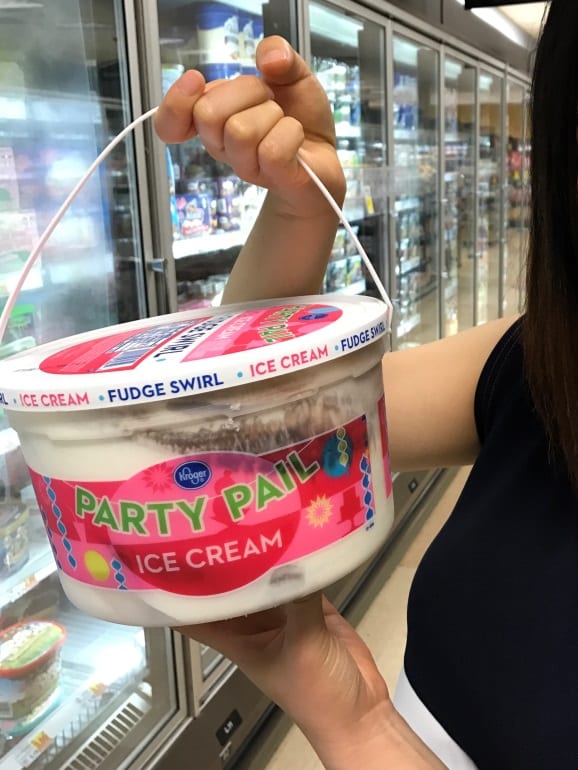 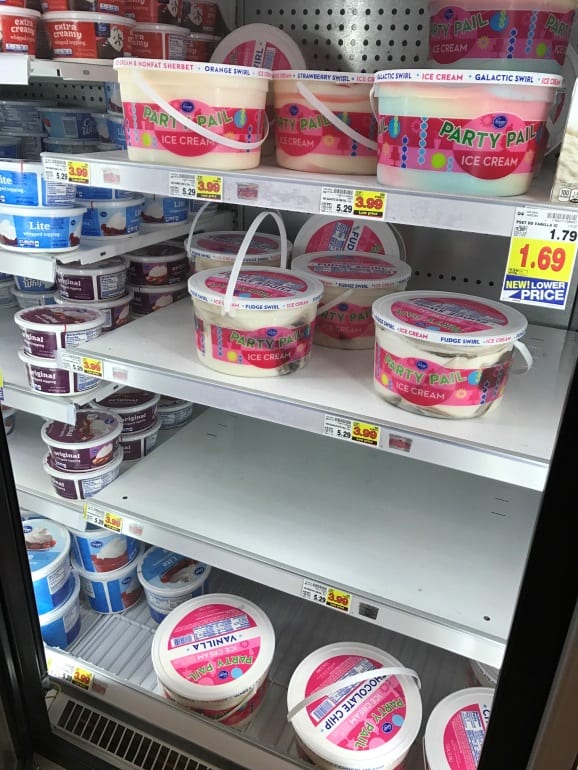 I picked it up so that I could show you how big it is, but I feel like this may actually be a small size and there is probably something even bigger. What really surprised me was that there were empty showcases. These must have been brands that sold out. Personally, I feel a little uneasy about such large containers at such cheap prices.As an aside, there was a time once when I stayed in Australia for a homestay trip and my host gave me a huge serving of vanilla ice cream on a waffle cone after dinner. I could not speak English well at the time, so I could not tell them that it was too much and I struggled hard to eat it all. Perhaps because it was a little traumatic, I started to hate vanilla ice cream after that. Everything is best in moderation.When you visit the U.S., please try and find for your own favorite ice cream. It could also be fun to get together with a bunch of people and eat a whole bucket of ice cream together.