Florence is an impressive city no matter what time of the year you visit, with their churches and artworks at galleries, historical buildings and bridges as well as the landscape created from the interweaving hills of the surrounding regions. However, when it comes to the question about the best season for visiting, my answer is always the spring. 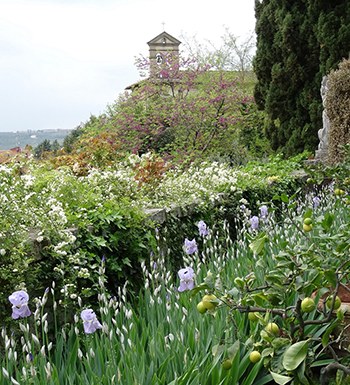 As cities, such as Napes, that are close to the ocean increase in radiance as summer draws near, Florence and other towns and hills of Tuscany see flowers sprout all at once from the end of April to the early summer, and they become covered in flowers as well as young leaves and foliage. The variety of green gradations created by gentle slopes and round curves, which are distinctive features of the Tuscany hills, and the streets colored by flowers in full bloom are admired by travelers from around the world as the “Sweet Tuscany.” 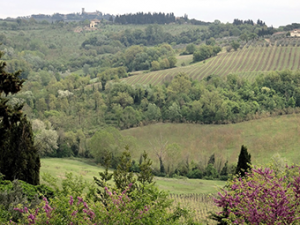 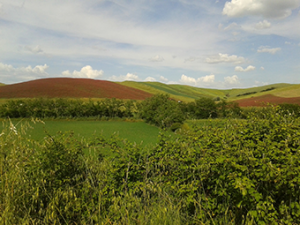 As trees on the mountain, in the park or one’s own garden start to bud after sleeping during the winter season, observing them flower morning and evening is a source of great pleasure not only for tourists but also for Italians. From potted plants on terraces or other small spaces to residential gardens, it is not a rare sight to see people cultivating plants at home. Whether it is among friends or with strangers, praising well-bloomed flowers or boasting about them is the best form of spring greeting. 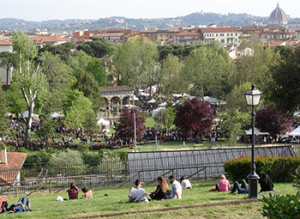 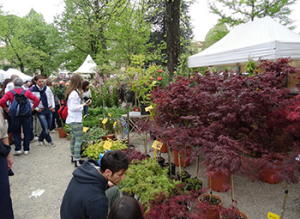 The origin of the city of Florence can be traced back to a city of the ancient Etruscans, but according to the most dominant theory regarding the direct origin to the current form of the city, Florence was formerly a colonial town of Roman immigrants, constructed by Julius Caesar in 59 BC. It is said that the roots of the city’s name can be traced back to that time, when it was named after Flora, the goddess of the spring, and given the Latin name Florentia. 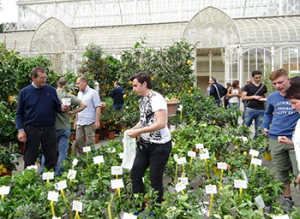 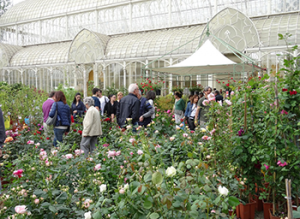 These flowers that bloom on the plains surrounded by hills must have captured the hearts of ancient Romans. A ceremony and holiday offered to the goddess Flora are said to have been held from April 28th to May 3rd. Perhaps as a reminder of such traditions, the annual exhibition and spot sale of potted plants and flowers, one of the enjoyments for the citizens, are held from the end of April to early May. With the peak falling on the weekend, many people come to sightsee or to buy new plants for their homes. The garden or venue of each location is usually outdoors, and visitors enjoy it in their own way, with young couples pushing baby strollers or some people walking their dogs. This event seems to be an elegant social occasion held under the blue sky, where friends who have come to sightsee may run into each other, while surrounded by the scent of roses or lemons and colorful, unique plants.

To conclude, let me share with you a quick story about the iris, the city flower of Florence. The iris, which had already become a symbol of the city during the 11th century, continues to be adopted as the city’s official emblem down to this day, and it holds an important place in the city’s history. The currency of this city, which boasted one of the leading financial powers in medieval Europe, had gained the trust of other countries as one of the earliest currency used in international trading. Gold coins issued since 1252 actually have an engraving of the white iris, also called the lily of Florence. The gold coin of the flower issued in this city of the goddess of spring is called Fiorino, which later went on to support the city during the Renaissance.