Maybe not everyone knows this, but New York used to have an elevated rail line built in the 30s where cargo trains were used to carry goods from the Meatpacking District (former slaughterhouse area and meat market in Manhattan, now a thriving and trendy area full of bars and restaurants) towards Penn Station in the heart of Manhattan.  For over fifty years, trains crossed the sky of the Big Apple, along the banks of the Hudson River but then, in the 80s, these tracks were abandoned and left in disuse.   These abandoned tracks stood silently for decades and got colonized by nature, which slowly managed to win over the steel and the concrete: plants, flowers and shrubs of all kinds slowly sprouted among the rusty tracks, giving life to a little green space over the very urbanized Chelsea neighborhood. At the beginning of the new millennium, the city council wanted to demolish and reclaim the area but, thanks to a group of creative architects with an ambitious design together with an association of citizens called ‘Friends of the High Line’, the demolition of this area was avoided.  The project of the new High Line was approved in 2002 and the works for upgrading the area began in 2006, just above the busy metropolitan area. The result of this joined effort was a lovely, free of charge, cutting-edge urban park in the heart of Lower Manhattan, a green path inspired by post-industrial ruins and lush vegetation combined. 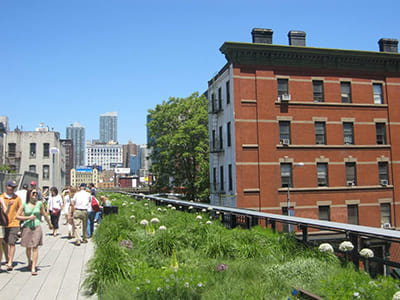 The plants which had grown spontaneously between the tracks were incorporated into the design of the landscape, creating a messy beauty that alternates wild places and urban gardens. Many parts of the original tracks were left in the pavement to recreate the charm of the old railway line. 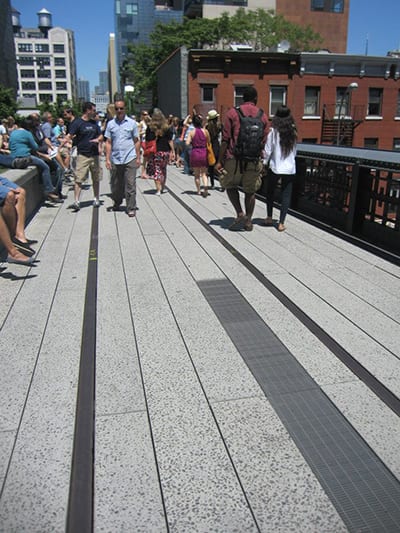 In 2009 the first section was inaugurated while the last segment of the park was opened in 2014: a 1.5 mile-long rooftop garden with 200 different species of plants connecting Gansevoort Street to 34th street. All goals of the ambitious project were fully achieved: promoting the use of pedestrian use, increasing green spaces and meeting places, preserving a piece of history of the city and creating a relaxing path in contrast to the fast pace of lower Manhattan. The High Line project has become an example of a perfectly successful agritecture, a term coined to indicate the union between agriculture and sustainable architecture.  The goal of agritecture is to recover abandoned urban and industrial areas by planting trees and crops while respecting biodiversity, with the goal to make cities more livable, green and relaxing for all. There are 11 entrances to the urban park, 5 of which are also wheelchair accessible. The garden is extremely well-maintained, thanks to the constant work of volunteers from the association ‘Friends of the High Line’, the non-profit organization that takes care of and manages the park, and it’s also supervised, well-lit and safe, even late at night. Especially if you enter the park through the entrance on 20th street and head south, you can see how, in a wonderful and innovative way, the vegetation is still present among the skyscrapers and, above all, you can enjoy fabulous views of the Manhattan skyline. New Yorkers love to come here to read a book (I go there when I need to find inspiration for my writing) or just relax on one of the many benches made of biocompatible material that seem to arise directly from the soil, built in absolute harmony with the park. 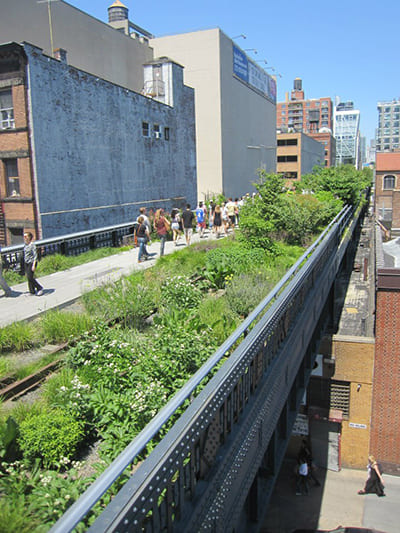 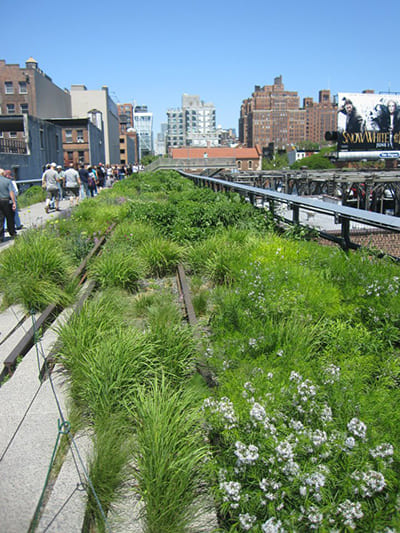 On the High Line not only nature blooms: there are many kinds of cultural and commercial initiatives which take place here year round.  There is an amphitheater for theatrical performances and Summer open-air movie screenings, there are spaces for the exhibition of works of art, small shops, ice cream parlors, bars and even a new fashionable hotel just opened up. The area is now one of the trendiest in Lower Manhattan, with real estate among the most sought after residences in Manhattan nowadays. 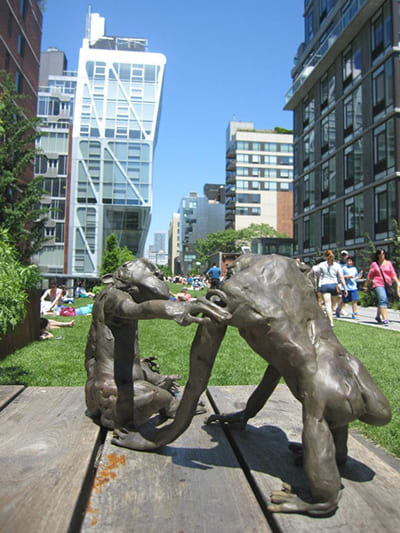 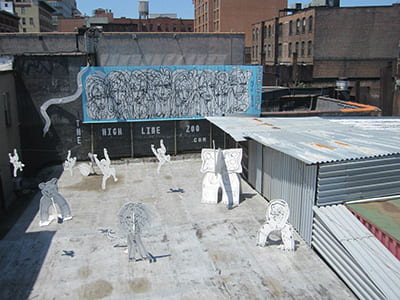 If you are a visitor to the City, you can combine into your itinerary a visit to the Whitney Museum, which is located right on Gansevoort Street at the very south entrance of the High Line. The museum houses the world's most important collection of contemporary and modern art dedicated solely to American artists but more on that perhaps in another blog!