When talking about the Broadway Theatre District and Times Square, we think of musicals, theatres, lights and thousands of visitors who spend hours just looking around to take photos of the lit screens!Broadway is the theatre street par excellence and it has always been synonymous with the limelight of New York but Broadway is also an ancient road and it used to be a trail used by Native Americans.Broadway is a street which still winds irregularly between the geometric Manhattan buildings and it has a lot to offer in the cultural scene of the City. 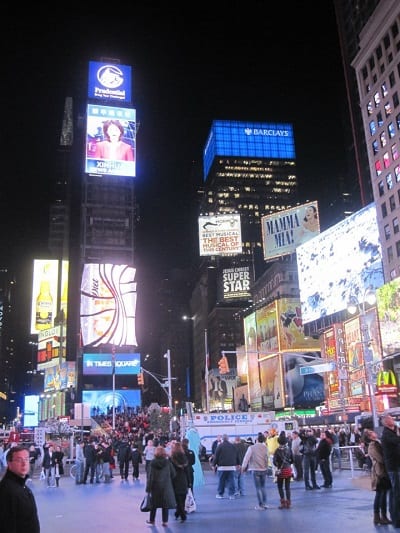 Broadway is indeed the only avenue that crosses Manhattan diagonally. The stretch of this famous street near Times Square is home of the theater district and its famous musicals. The Theatre District has developed during the first three decades of the 20th century and it reached its peak in the 1927-28, when 80 theaters were in operation (today there are 39 theaters on Broadway).Unfortunately the Great Depression devastated Broadway and many theaters were converted into cinemas or burlesque theater which offered cheap rerun films or adult shows. In the 70’s the area was known for drug dealing, crime and prostitution and the turnaround began in the 80’s and went on throughout the 90’s. In 1980 the Times Square Alliance was founded to promote the area, improve public safety and support economic development. Today Times Square is definitely clean, safe and profitable and it’s welcoming thousands of visitors every day. 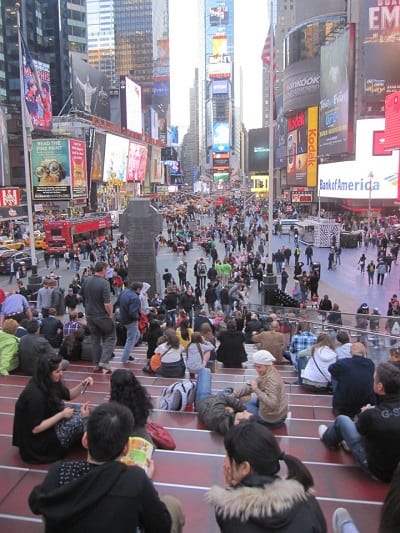 Times Square is not a proper Square but rather a crossroad between two major avenues: Broadway and 7th Avenue. Before the last century the area was called Longacre Square and it hosted carriage factories, blacksmiths shops, stables and a horse market. With the arrival of the subway the area changed its name. Now Times Square has become the most visited site in New York City and thousands of thousands of visitors come here every day to see the light show and the giant LED screens. The portion of Broadway between 42th and 47th street is closed to traffic and is accessible only by pedestrians. The municipality recently installed some umbrellas, tables and chairs available to all and even New Yorkers come here to sit back and enjoy the frantic and frenzied life of this famous place.Times Square is also home to the famous New Year’s Eve, the celebration of New Year’s Eve, when the ball descends from the spire of Times Square and the countdown begins! 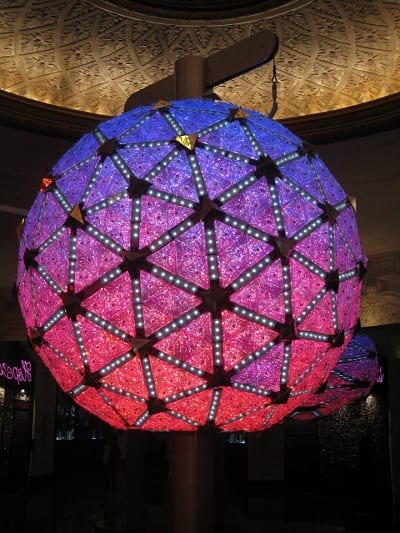 Performing in a Broadway production is for many singers, actors and dancers, one of the most important achievements in a career. To attend a Broadway show is undoubtedly an opportunity that no one should miss. The Lion King at the Minskoff Theatre is perhaps the most famous musical and it has been running for over a decade. 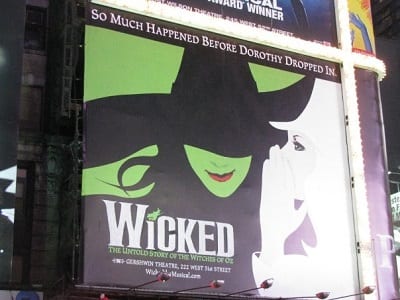 One of the most famous theaters on Broadway, the Winter Garden Theatre, was originally intended for the market of the horses and it hosted many of the most important productions including West Side Story and Peter Pan.Among other important Broadway productions one can find: Chicago, Spiderman, Wicked, Mamma Mia, Shrek and many more.Perhaps the most famous one which ran for decades has been ‘Cats.’Some musicals are more children oriented (such as Mary Poppins or Shrek) while others are only for adult (such as The Book of Mormons or Chicago). 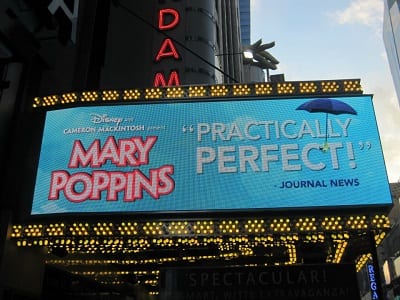 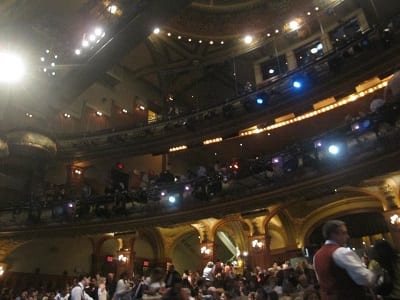 By walking down on Broadway, from north to south, one can come across all its theaters and even take side streets to visit the off-Broadway theaters which are now hosting some incredible plays by very famous artists. By starting from Harlem and Washington Heights, one can find some Dominican musical theaters where some young authors seek new places to express their skills and through Washington Heights it’s possible to find all the theaters that host famous TV shows like David Letterman.Since it’s possible for anyone to attend the TV shows for free just by showing up, it’s very common to see a long line of people in front of such theaters because they are trying to get in for the filming. 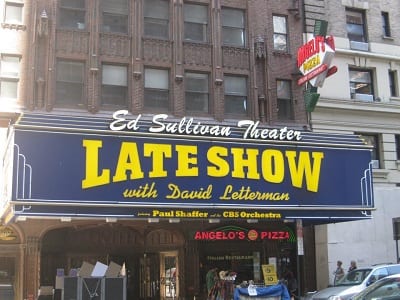 Walking south, we run into Martin Segal Theatre Center, NYC’s main drama theater and home to playwrights from around the world. But the show, in New York does not stop at the stage and if you look further you will discover the connections between Broadway and the movies and discover how many film shootings are now done inside Broadway theaters.Broadway is a fantasy world between urban spaces and it connects the lives and passions of those who love the glittering world of theater.