For many years Atlantic City was a direct competitor of Las Vegas and for decades it lived a golden age thanks to its casinos by becoming the capital of luxury and gambling on the East Coast of the USA. This city was involved in a flourishing business (that of gambling) and it attracted players from the capital of the US (Washington D.C.) and from neighboring New York City. 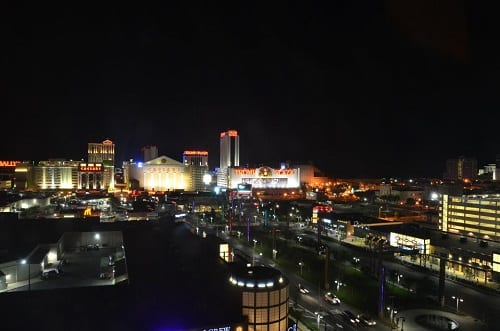 However, between Atlantic City and Las Vegas, there has always been a big key difference: the first, located in New Jersey in fact has never managed to emerge becoming suffocated by the fame of its competitor in Nevada. Its economy, though flourishing in some periods, has never had a solid foundation on which to land, and when they started to develop new capitals of gambling and casinos on native reservations, it suffered a strong backlash. The situation of Atlantic City, at present, is rather complicated and several casinos have already closed down and even one of the best well-known ones, the Trump Palace, could suffer the same fate at any moment (in spite of its rich and important owner). 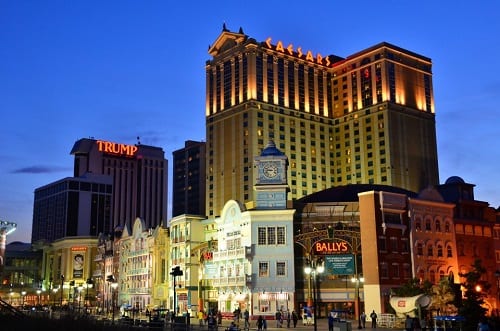 Today Atlantic City has twelve casinos left. It is less famous and less exaggerated than Las Vegas but for many poker players and fans of slot machines is still more accessible than the gambling city in the middle of the Nevada desert. Atlantic City is in the state of New Jersey, on an island famous for its iconic wooden boardwalk. In the early twentieth century Atlantic City was the only city in New Jersey where gambling was not illegal so it was visited by over thirty million tourists a year, who come to town dreaming of making a fortune.Atlantic City, just like New York, became a city that never slept, and not only for its casinos but for its many entertainment venues including restaurants, museums, art galleries, spas, golf clubs, shops and pubs of every kind which made it really difficult to get bored. 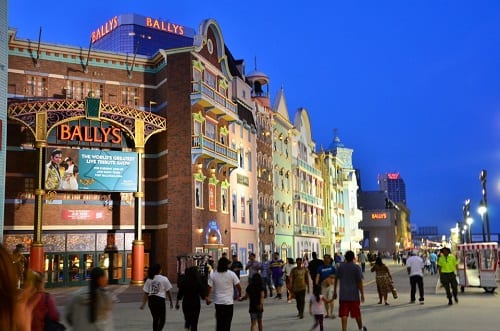 Most of the casinos in Atlantic City were located on the famous Boardwalk. The latter one is a long walk of about five kilometers made with strips of wood, which is located between the beach and the buildings that surround it. It was built in 1870 and this makes it the oldest in the United States. It was not made for aesthetic reasons but because the sand was blown by the wind and it invaded the hotels, the restaurants and the houses near the beach. The solution was precisely the construction of the Boardwalk which was later closed when a big hurricane devastated the area in 2012.The first economic problems, which raised the alarm, began indeed in 2012, when Hurricane Sandy passed through the city, devastating it and resulting in high costs of reconstruction rather than to bring Atlantic City to the old splendor it deserves. However, although from the architectural point of view the city managed to recover, Hurricane Sandy forced the local administration to a remarkable financial effort and which, to date, the town hall is struggling to recover from.The natural disaster, however, is just one of the factors which contributed to bringing Atlantic City on the verge of bankruptcy. In the past eight years, the city suffered a real estate crash, with a rather significant decline in real estate prices. 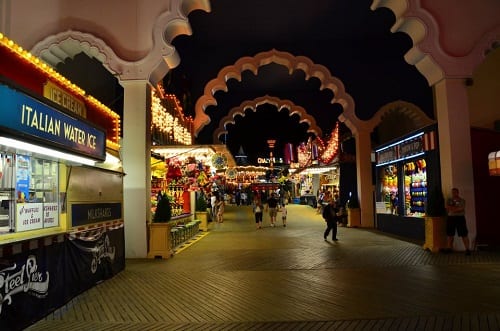 Since almost all of the local economy was based around gambling, many people of Atlantic City are now in trouble and it is estimated that about a third of them live now below the poverty threshold.Some actions have been taken to save and ‘revive’ Atlantic City because it’s a gambling mecca and many people remember its golden years and are attached to those memories. I also remember visiting the city not so many years back and I’m sad to read about its decline.In recent months the city council decided to re-open the waterfront area, which had become a rather degraded place. Until a few years ago the waterfront area was closed off as a way to prevent the casino players a view of the sea, in the hope they remained to play inside the buildings as long as possible. Today many game rooms instead have a direct access to the waterfront, and have opened several restaurants and beach bars. Some shops, night clubs and bars were then opened for concerts and a beach volleyball court was created on the beach. A non-profit organization that takes care of the image of the casinos around the city is trying to change the image of the city, from a gambling-only town to a family-friendly entertaining place (such as Las Vegas). 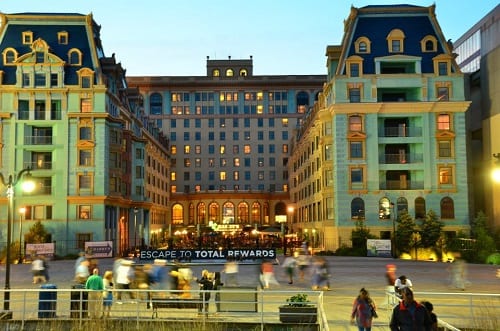