The ferry leaves from Manhattan every half an hour, the crossing takes about 25 minutes and some boats also offer Wi-Fi connection. The Ferry leaves on the left side of the Manhattan pier, called “South Ferry Pier” and the boat is the only bright orange one so it’s impossible to miss it. This ferry is a symbol of New York…imagine that even John Lennon took the same ferry to get inspiration and breathe in some cool air! 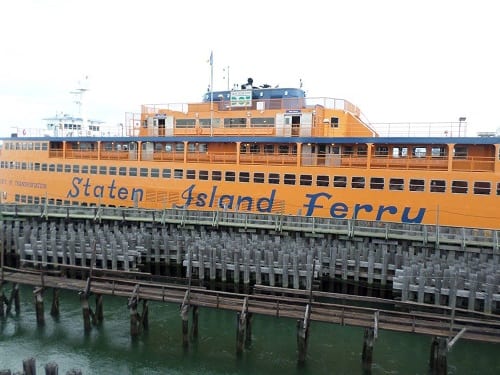 While crossing the Hudson River the air may get indeed very cool if not freezing cold during the winter months but it’s always worth the ride. From Battery Park on your way back make sure you take a seat or stand next to the railing on the right side of the ferry to enjoy the best view of the Statue of Liberty. The Staten Island Ferry offers a stunning view of Lower Manhattan and the Statue of Liberty, though not very close to its Island but close enough to take some photos. The ferry, just like the NYC subway system, is active 24 hours a day it is possible to bring bicycles on the lower deck without having to pay any fee. The most passionate historians of the Staten Island Ferry say that even the British navigator Henry Hudson, who came here on behalf of the Dutch governor in 1603 named the island and organized the first ‘ferry’ (a modest boat transportation) to the main land. The island already had a name in the language of the native population that inhabited the area before the arrival of Europeans and it was called ‘the place of evil woods’ in this language. In short, the place was not the most salubrious as it was a swamp.For the most popular chronicles it was in the year 1747 when the first ferry officially started connecting Manhattan to Staten Island with a service offered by Mister Van Tuyl, a Dutchman who understood how to use the land for farming and got public money to build a terminal on his private property. 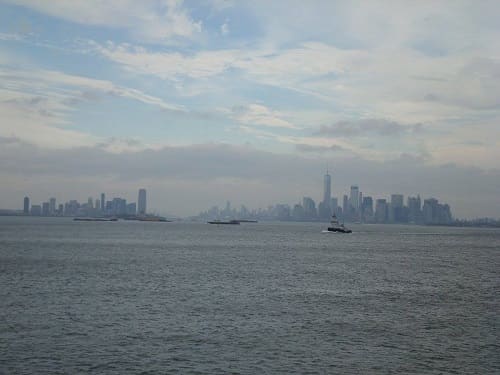 The current Staten Island Ferry service, with a fleet of eight ferries, has been operated by the city of New York since the early 1900s. Island residents and visitors have always paid a ticket to sail along the New York Bay but since the late 90s, as a courtesy of former Republican Mayor Rudy Giuliani, the ferry is free. The Staten Island Ferry is not only the main means of transport for commuters working in Manhattan but it is also one of New York’s main tourist attractions, although this is not its primary function. 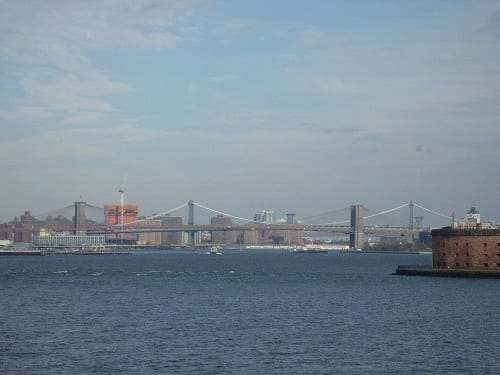 Every day, at least 70,000 people use these ferries. The struggle between ferry and tourist commuters is mainly played in the terminal’s waiting room, where the benches are never enough. Once on board, however, the latter do not threaten the existence of commuters because tourists are the only ones who, even on the coldest days, leave their seats to take photos. The main objective of the tourists is in fact to admire the Statue of Liberty from the observation point, without having to pay a ticket to land on the island that hosts it. And of course, they also want to be able to photograph the tip of Manhattan, with its unique skyline. It’s that way you can identify the tourists from the commuters. 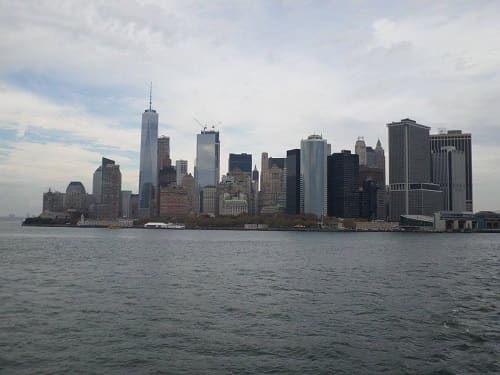 Once arrived on the island, tourists often do not venture outside the terminal area but move on to the first ferry that can bring them back. Politicians and Entrepreneurs of Staten Island hope to reverse the trend soon and convince tourists to get off on the island because a new project is now including new residential and commercial areas. To date, there is a huge outlet with 125 single-brand stores (the only one in NYC) and one of the largest panoramic wheels in the world! On this wheel some cabins are big enough to host private events and luxurious dinners.