The Great Gatsby, the character created by Scott Fitzgerald would be the perfect host of the Jazz Age Lawn Party in New York City which is held here every summer. It is a journey back in time to discover and enjoy the 1920s atmosphere in southern Manhattan.I participate every year and a new edition of this event will soon be held, because it has become a New York summer tradition in the month of August. It is actually organized twice a year, in June and August, but the June edition feels more like that of a private event with tickets ranging from $500 to up to $900! 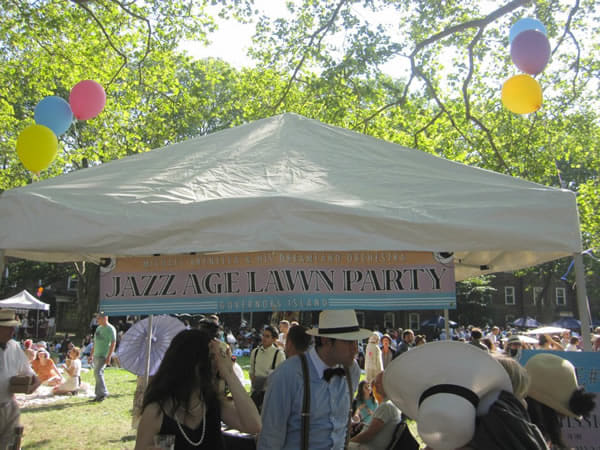 Hairdos with lots of gel, moustaches and bowties are the kings of the party. The Jazz Age Lawn Party, now a consolidated social event, gathers well-established music bands and dance groups, as well as a fair number of sponsors ready to organize things in great detail. For this reason, in the enclosed park for the occasion, two stages and a large dining area are arranged, as well as a series of side services (such as a 20s barber) and several vintage clothing stands.The band players’ look is unmistakable as they play on the notes of jazz in their Dreamland Orchestra. In addition to the festival, the orchestra performs throughout the year in New York, in such venues as The Red Room and The Clover Club. 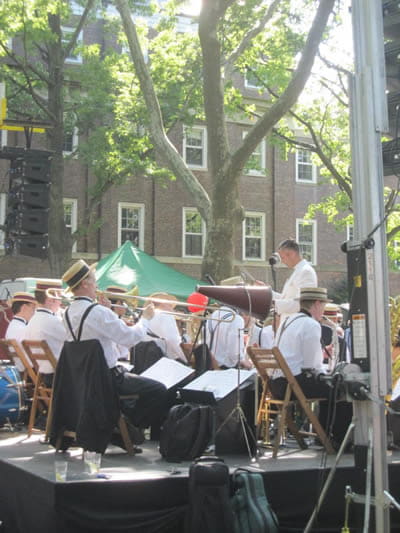 The only way to get to the festival is by ferry because it is held on Governors Island, a small island right in front of southern Manhattan. For two days, the island revives the happy 20s again. Costumes, dance events, swings, Charleston, cocktails of that time and a live jazz orchestra make this incredible journey through time even more realistic. Usually more than 10,000 entries are sold for each day of the festival. There are no special rules to be admitted to the party, everyone is welcome. Although not mandatory, it is strongly advisable to dress up following the style of the 1920s which is one of the most colorful and formative times of American history. Many decades have passed, but yet, almost a century later, the 20s continue to stir up nostalgia and to be imitated. On Governors Island music is played on old gramophones, photographs have a vintage touch and children can play with antique toys and old games as their grandfathers played in a special area dedicated to them called Kidland. Throughout the festival, the island is also transformed into a collection of vintage cars. 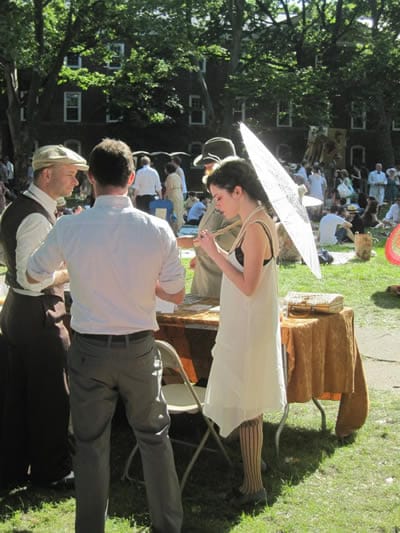 The stage and the dance floor are the main areas of the party, although much of the event takes place on Colonel’s Row, the main ‘street’ on this lush island. It is here that the participants rest, between one dance and another and have a picnic on the lawns. The most popular cocktail is the St-Germain. Its name comes from a licor, which is then mixed with sparkling wine, mineral water and a lemon spray and it is said to be the most famous drink of the 20s. One can bring a picnic from home or can purchase food on the island. A special catering company provides gourmet picnic baskets including sandwiches, oysters and pies. 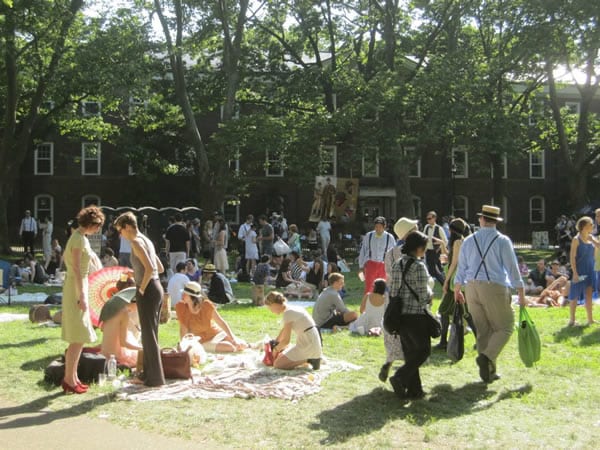 Ticket prices for the event range from $35 to $900. For this high price one, in addition to the entrance to the festival, has access to a private bar with retro cocktails and free food and this VIP area is indeed called the Gatsby’s Garden. Usually more than 10,000 entries are sold for each day of the festival.