Contrary to what New Yorkers say when they joke about it, the United Nations headquarters are not designed to torture us with traffic jams whenever a General Assembly is organized. In fact, this very important organization was founded at the end of World War II by the winning countries with the aim to maintaining peace in the world and preventing future wars. 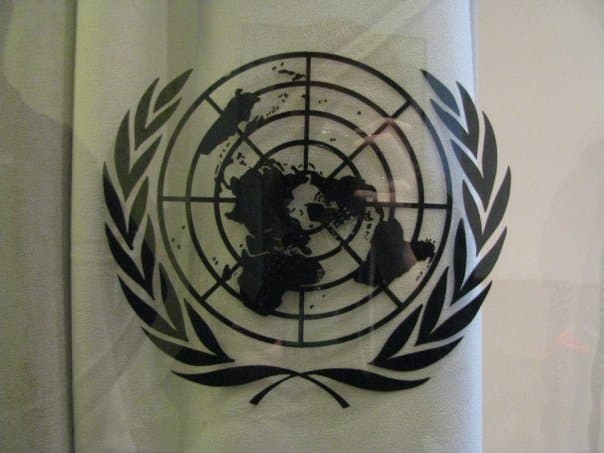 The five permanent members of the UN Security Council are the five main winners of the Second World War: the People’s Republic of China, France, Russia (which has replaced the Soviet Union), the United Kingdom and the United States. The United Nations headquarters are located on the East River, in New York City and to be exact on 1st Avenue, at the crossroad between 45th and 46th Street. This complex of buildings, which extends for over 18 acres, belongs to the 193 member countries of the Organization and enjoys extraterritorial laws. 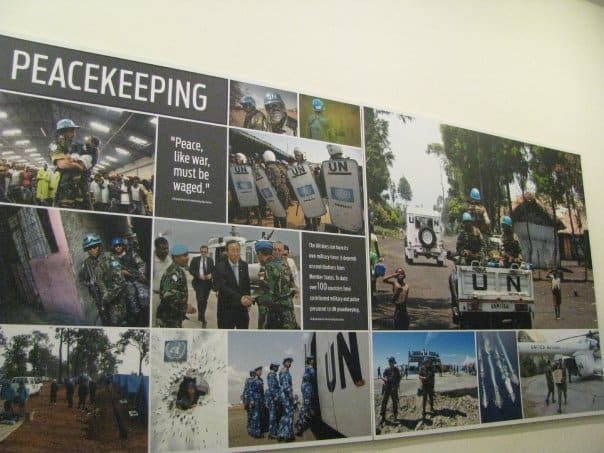 The architectural complex was inaugurated in 1951 and was built using a generous contribution from Mister Rockfeller. It consists of three main buildings: the Secretariat, the Palace of the General Assembly and a Library, in addition to the room hosting the Security Council.Its main building is the Secretariat, a glass windows skyscraper also known as the “Glass Palace”. It was designed by a team of 11 architects led by Mister Wallace Harrison. 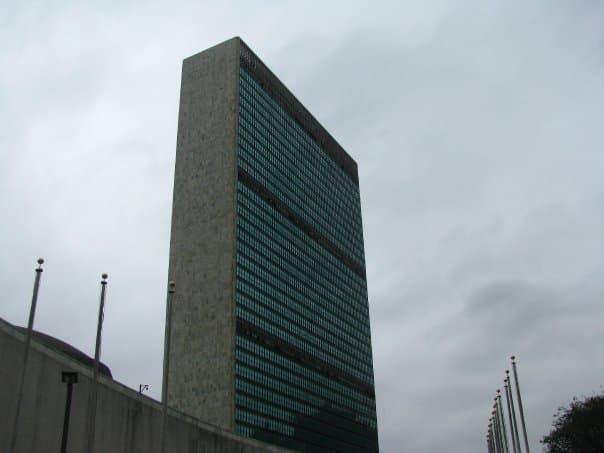 The UN is like a small city in the city, with its security forces, firefighters and even a local postal service.The first thing they tell you once you go through the security check is that you are no longer in NYC nor in the US, because its buildings are indeed part of the United Nations territory, a sort of neutral and independent country which has its own jurisdiction.It’s not possible to visit this place alone and a guided tour is mandatory for all visitors. After watching a brief introductory video showing the current UN Secretary-General, you can start discovering the purposes and missions of this organization.You can read loads of material about human rights and see themed paintings by worldwide acclaimed artists. It is also possible to see a collection of relics dramatically deformed by the atomic bomb which were sent from Hiroshima and Nagasaki and their purpose here is obviously to promote peace and ward off war. 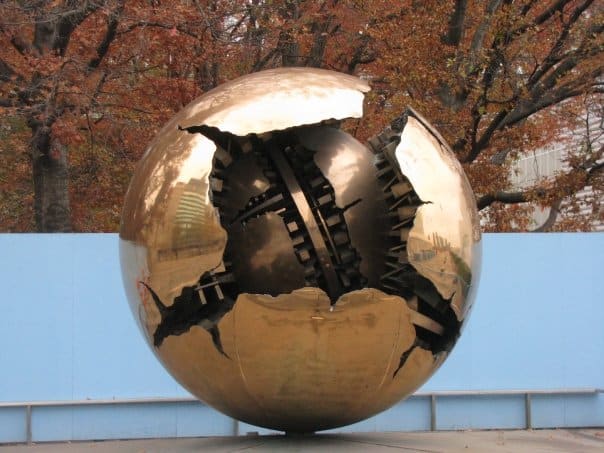 The path runs around a single central idea, that is to provide peace and safety for everyone in the world. This is in fact the main role of the UN peacekeepers (often referred to as Blue Berets or Blue Helmets because of their light blue helmets) who are dispatched from here to missions worldwide.The final part of the visit is the most exciting one because you can enter into the UN meeting room that is immense and solemn. This is where the 193 members of the United Nations are gathered to discuss and make decisions on the various world issues. It is definitely a very special place and it’s filled with emotions as you cannot help yourself but think about what important decisions have been taken here and how the future of the world has been changed in this room. 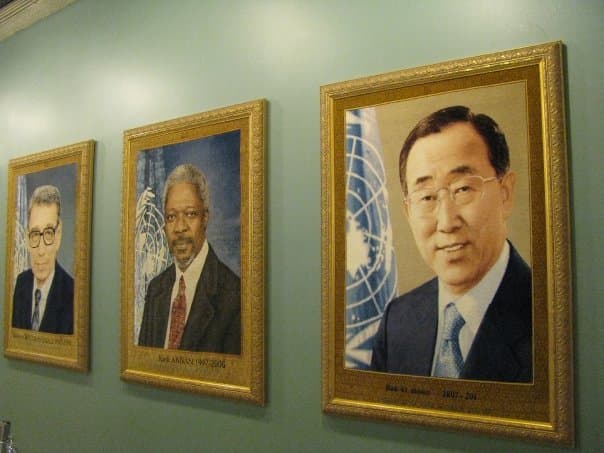 Exiting from the glass building, you can see the Non-violence bronze sculpture which is there to emphasize the concept of peacekeeping. Its visual impact is very effective…it is a pistol with a twisted barrel which was a gift from Sweden and which was created by Swedish artist Carl Fredrik Reutersward…What can be more evocative than a gun that cannot shoot? 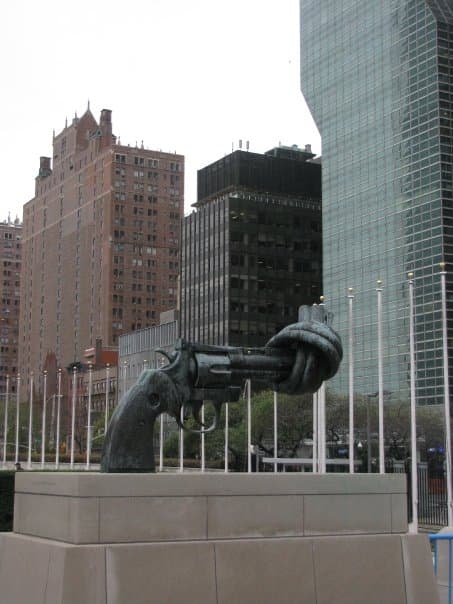