London is the capital of the United Kingdom, the biggest city in England and one of the largest cities in Europe. It is the most populated city in the European Union - until Brexit will officially come into effect politically separating the UK from the EU - and its inhabitants, called Londoners, come from a variety of different backgrounds, religions and cultures, making it one of the most cosmopolitan cities in the world and one of the most linguistically varied: there are over 300 languages spoken in our metropolitan area! But one thing unites all Londoners: the Royal Family. The Royal Family is beloved by Londoners and the royals are always the centre of the attention both in the news and on tabloids. Many are the places in London which remind you that you live under a monarchy. First and foremost is the palace where the Royal family lives: Buckingham Palace. 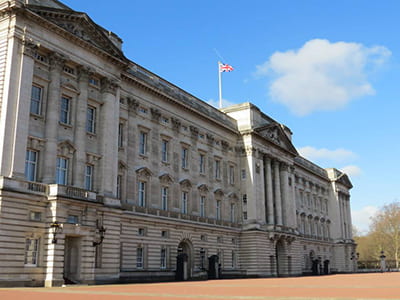 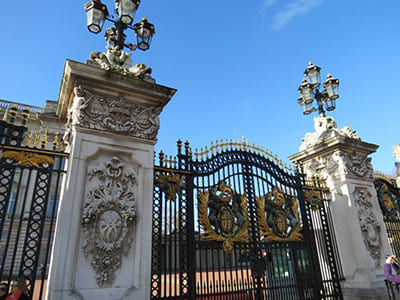 Buckingham Palace is in the heart of Westminster and it became the residence of the Queen, the British royal family and the administrative headquarters of the Royalty in 1837. It is one of the oldest, still operating, royal palaces in the world and it comprises more than 700 rooms including a music hall, the royal cabinet, several apartments and, of course, the throne room. Today the State Rooms are used by the Queen and the members of the Royal Family to receive and entertain guests during state visits, ceremonies and official events but they are open for about two months during the summer when the Queen leaves the Palace to spend some time in her royal residence in Scotland. I had the pleasure to visit the apartments last summer and I particularly appreciated the fine treasures from the visible Royal Collection which include paintings by Rembrandt, Rubens and Canaletto, sculptures by Canova and beautiful antique English and French furniture and ceramics. The Buckingham Palace security is entrusted to the royal guards who patrol constantly both the facade of the building and all other areas around.  Most of the time, they wear the traditional red uniform and tall bear skin hats on their heads. In the courtyard in front of the palace the world famous changing of the guard takes place daily at specific times. The Changing of the Guard is both traditional and spectacular and you can’t say you truly visited the city if you haven’t attended it once. The guards belong to a battalion of professional army men selected with special care. During the ceremony, the new guards arrive on horseback in front of the palace courtyard to relieve the previous guards in charge, while the band accompanies them by playing not only military marches but also some favourite British songs. The military changing of the guard takes about 5 minutes but the actual ceremony begins at the arrival of the horsemen in the large courtyard and lasts about forty minutes. 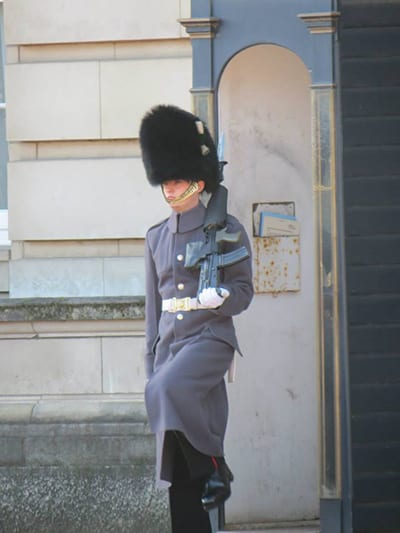 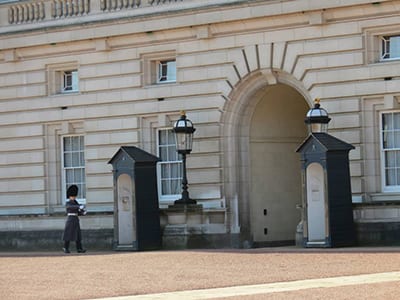 Another place I particularly appreciate in metropolitan London for its beauty and its history is the Tower of London, which, in spite of its name, is not a tower but a big palace. 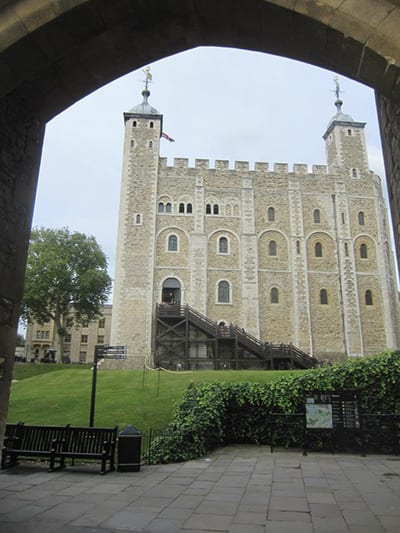 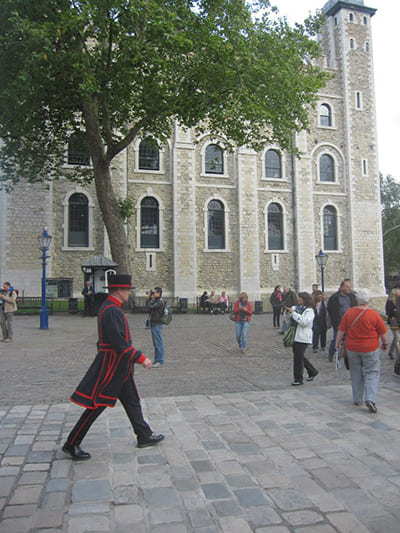 Visitors to the Tower of London today will not find a solemn structure delegated to public functions or a sad prison for persons of high rank, as it was the case in the past. Now the Tower of London is a crowded museum with countless numbers of visitors queuing neatly to visit the “House of the Crown Jewels”, a solid and ancient building which is part of the Tower complex, where highly precious jewellery used during the coronation of British monarchs is on display during the day and carefully guarded at night. 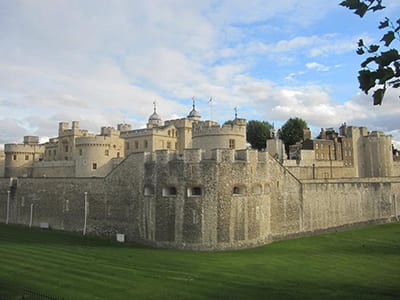 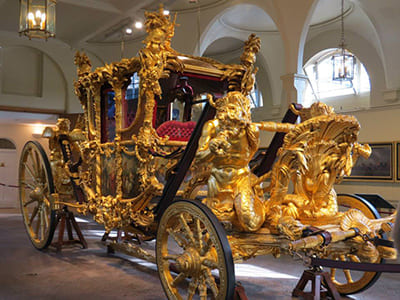 You may think that most of these objects date back to the 11th Century, since the first king to be crowned in England was William the Conqueror (in 1066), but these jewels were added gradually since the restoration of the monarchy, that is from 1661, when Charles II ascended to the throne. I didn’t know all this history before visiting the place but I became very interested in learning more about the royal family after visiting Buckingham Palace so I decided to learn more and I think it is interesting for everyone. So I visited Westminster Abbey.  One of the most famous historic buildings in London and the most amazing church I have ever visited (and I’m originally from Italy!). The Abbey is the most important place of worship of the capital after Saint Paul Cathedral. It is the place where the coronations of the kings of England took place and there are also the tombs of very important people here. Considered a World Heritage Site by Unesco, the Abbey was founded before Christ as a Benedictine monastery and it is here that William the Conqueror (Remember? We mentioned him earlier to be the first ruler of England) was crowned. Inside the abbey you can visit the Chapel of St. George, now dedicated to the fallen of World War I, and it is here you can admire King Edward's Chair, the throne on which the sovereign sits on coronation day. In more recent times Westminster Abbey was in the news because it is here that the funeral of Princess Diana and Mother Princess Margaret were held. Hundreds of tombs are found here, including those of many rulers and their spouses, and also gravestones of important personalities that have marked the history of England are scattered all around such as the tombs of Winston Churchill, Charles Darwin and Isaac Newton. In Poets' Corner, there are funeral monuments in memory of some of the greatest British writers including Shakespeare, Charles Dickens, Jane Austin and Oscar Wilde. What impressed me about this church is that each tomb is so unique, a true work of art. The Abbey is not huge but the amount of tombstones and funeral monuments is overwhelming so you don’t know where to turn because you are literally submersed by history. Although the entrance to the Abbey is not free of charge and the place is filled with tourists, I have seen Londoners come here to pay tribute to their royal dead.