Sometimes street art goes hand in hand with urban redevelopment and economic growth: this is the objective of the ‘Paint London’ project which will take place for the second consecutive year, from February to March, in some industrial areas of the English capital. The aim of this urban project is to raise awareness over an increasing need to find more affordable artist workspaces in the city.From mid-February to about mid-March, about a dozen street artists, all sponsored by the City Council of London, will be asked to create murals and street art installations, giving life to a true open-air museum of contemporary art. 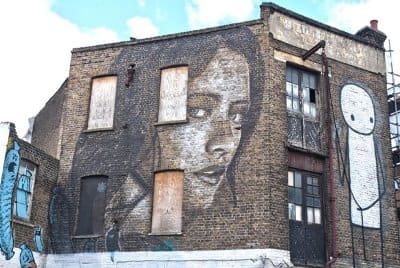 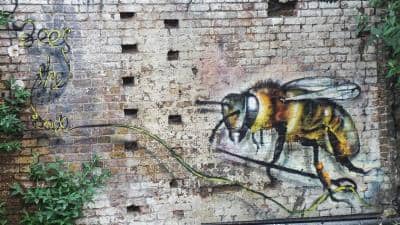 Among the artists working on commissions for this festival of street art, one can always find some internationally acclaimed muralists that, together with some promising young local artists, work on embellishing and giving personality to bare warehouses and humble buildings’ facades, often including a social message in their works. What all these artists have in common is that, at some point in their career, they suffered from the lack of affordable studio space or had their works misunderstood or underestimated.Among bright colours, abstract themes, political motifs or depictions of animals, this event not only serves as a showcase to promote the creativity and talent of this group of street artists, but also wants to improve the aesthetics of these industrial areas situated in the eastern part of London, by pushing Londoners and visitors to rediscover neglected neighbourhoods such as Walthamstow.Walthanstow is a residential neighbourhood mainly inhabited by the working class which has been chosen as the centre of an urban regeneration process that aims to involve local business owners so they may understand the important relationship between art and economic growth. To admire this year and last year creations you can just take a walk or bike ride around neighbourhoods such as Walthamstow.Thanks to the Walthamstow Residents’ Association, the district will also organize various types of markets and events around the suburb between February and March and most likely a walking tour just like the one last year.I did participate last year and it was great because, while some artworks were already completed and visible, others were being created on the spot!By walking around I could watch some artists in action and interact with them. They were all very easy-going and approachable and visibly proud of their acknowledgement. 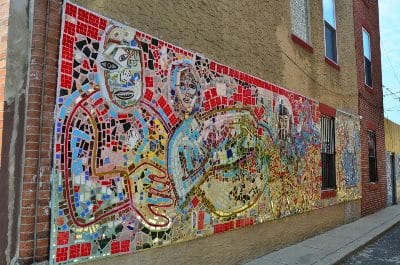 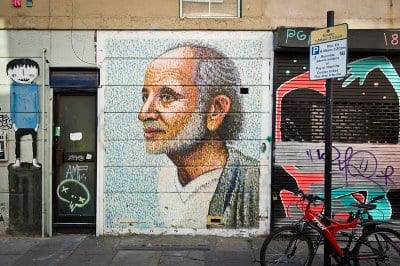 ______________________________________________________________________________________________________________________________Besides this project, sponsored by the city council, I have heard that a few individual local muralists have contacted the owners of houses and shops in the suburban areas to ask them if they could paint on the exterior walls and, wherever they received positive feedback, they started painting and transformed run-down buildings into colourful works of art.I have met one of these muralists and his name is Evan M. Evan started working as muralist when he was 17. At first he wrongly (as he himself admits) spray-painted public walls without permission but, since his art was appreciated and complimented, he decided to become a studio artist and ever since he has dedicated his time to cultivate its passion for airbrushing techniques. After completing his degree at the University of the Arts in London, he started exhibiting some of his smaller creations in modern art galleries and temporary exhibitions around town and he was happy to grant me a short ‘interview’.As Evan says “”This type of art is playful and recreational” – as he likes to call it, because he wants to emphasize the fun character of most street art creations – “The trick of street art is to give new life and colour to those walls and corners that normally go unnoticed”. I agree with Evan and I believe that art becomes a way to give new vitality to a place while recreating a sense of community among the people who inhabit the area. Street art cannot be ignored due to the size of murals and the bright colours that characterize it and since it’s public and free, people of all ages and backgrounds stop to look at it, becoming a form of metropolitan shared art. 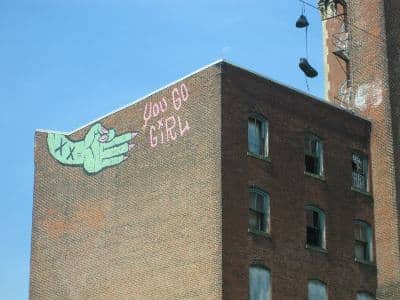