London is hosting a great and much advertised exhibition to celebrate the roaring 20s and the world of jazz. It opened in recent days and it’s called ‘1920s Jazz Age and Fashion.’ It’s animating the halls of the Fashion and textile museum, telling the secrets of this golden age for British and international fashion: a gallery of drawings, sets of clothes and paper documents, including some iconic photographs, telling the story of London in the 20s and promoting Jazz music all around town.Upon arriving in London, if you just pick up a copy of the ‘Time Out’ magazine you immediately realize just how vast is the range of live music in the city, covering all musical genres and jazz is always at the centre of such lively music scene.With the arrival of the weekend plans with friends and family begin to appear to fill the hours of the weekend that for many are usually too scarce. Therefore, since this is London and we never know what weather can be preparing for us, looking for plans where we are sheltered from the cold or the rain is an important factor. And what better than listening to live music in one of the best known pubs in the city to enjoy a good evening? There are many pubs which regularly host live music and jazz is played nearly everywhere in London: from historic inns with nearly one-century-old pubs to small up-and-coming suburban jazz clubs. Finding live music on a Saturday may be an expensive task in the city because most bars and pubs charge an admission fee and they often impose a mandatory tap, meaning that you must spend a certain amount at the bar or at the table. It’s quite pricey and it requires some planning because the reservation of the table is often required and sometimes a table as a minimum number of guests (usually a full table, 4 to 6 people). I had some great nights out with friends but sometimes it’s nice to be able to listen to some music by yourself or make a spontaneous decision, don’t you think? It’s easy to find live music for free but it usually is rock and roll or indie bands. Nonetheless I believe that the jazz scene in London is an absolute gem and a big part of London’s nightlife. 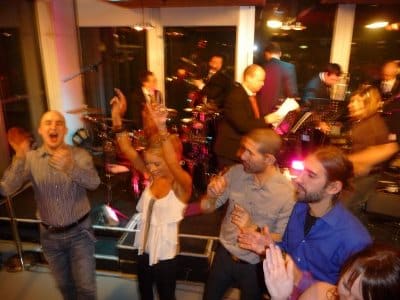 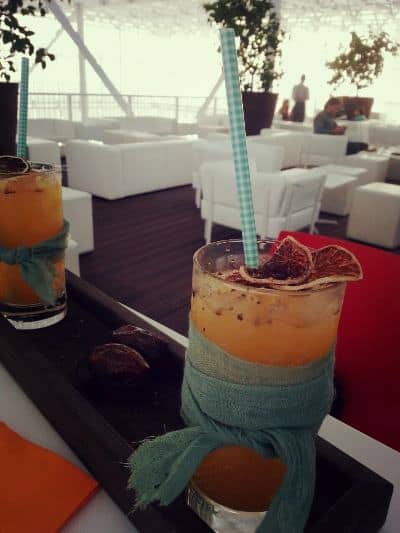 The ‘North London Tavern’ is dedicated to jazz every Sunday evening offering concerts for a small entry fee. This pub is among the most popular in the north London district. Not only offering beer and music, the ‘North London Tavern’ is also an excellent place to eat thanks to a substantial and sophisticated menu combining traditional local favourites with Mediterranean influences.The ‘Lamb and flag’ is one of the oldest pub in Covent Garden and my absolute favourite, not only because I am crazy about the Covent Garden neighbourhood but because this tiny venue has a lot of character. It is composed of two floors with a pretty outdoor garden. They specialize in traditional English dishes and the music scene is particularly interesting especially on Sunday when live jazz bands perform here.On central Oxford Street, a real London institution for trends and entertainment, there is a small jazz club whose foundations date far back in time, well before the Second World War, when the club was even used as a bomb shelter. From the photos hanging you can see that musicians as Billie Holiday, Louis Armstrong and Muddy Waters played here and it’s truly amazing and wonderful to see that despite the weight of history and prestige of the atmosphere, the club remains exceptionally laid-back and informal. London saxophonists such as Pete King and Ronnie Scott have also founded a few jazz bars in the Soho area. The ‘Ronnie Scott’s’ is now one of the most successful venues for the local live music scene in London, with a jazz program that ranges from classical to fusion (I am more of a classical jazz type myself)…It’s a nice place, moderately trendy and almost always crowded, where you can eat, drink and dance. The pub is known to be the centre of the social life in Britain, a meeting place of endless discussions on hot topics ranging from football to politics. A friend of mine introduced me to this place and I was absolutely astonished by the informal atmosphere and the friendliness of the place (not something to take for granted in London…) where you can feel like you are at your friends’ home.In Dalston, an emerging neighbourhood in the suburbs of North London, many clubs have opened up in recent years as contemporary jazz (a new jazz adapted to more modern beats) is becoming more and more popular. I recommend the Dalston area to fans of the genre and to those who want to discover the new London, a metropolis increasingly decentralized where it is not uncommon to find in the suburban areas spaces becoming breeding ground for innovation, creativity and sociability.The ‘Big Chill bar’, whose name recalls the famous and eclectic ‘Big Chill music festival’ held every year in the UK, is a bar located along the pedestrian section of Brick Lane Street, full of shops and galleries. Many DJs organize RnB, Jazz, Reggae and Electronic music evenings here. The ‘Southbank Centre’ has been celebrating for several years the ‘Friday Tonics’, a session of live music in which musical genres vary. The music usually adapts to the festival or the theme that is being celebrated. The ‘Southbank Centre’ is known for this activity and many others that are performed for free to give anyone the option to have a good night out.Brixton is one of the must-visit neighbourhoods in terms of music scene and therefore pubs with live music cannot be missed in this area. Although there are many pubs and jazz bars in this area, there are also a few small bars with vintage decor, serving coffee rather than alcohol. Since they are considered cafés and not bars, they cannot charge an admission fee and they offer good live music for free. 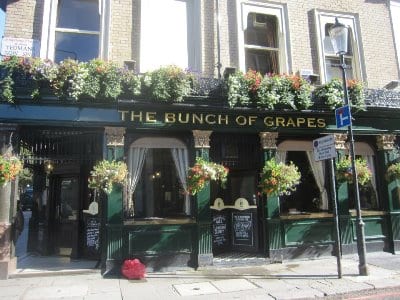