My encounters with various sound artists since coming to Frankfurt am Main, Cologne and Berlin prompted me to quit viewing music through simple music industry labels and started me on my search for a methodology that would allow me to appreciate sound as a spatial art understood as a formative art, rather than a performing art. Since Galerie Mario Mazzoli, a Berlin gallery specializing in sound art, and Carsten Nicolai’s Galerie Eigen Art were places related to Onpa sound artists, there are chance meetings with so-called sound sculptors who come there. To begin with, Berlin was a city that formed the foundation of definitive sound art in the latter half of the last century through places such as DAAD and Galerie Giannozzo. In addition, I learned about the electronic music of Cologne by working with a member of CAN, Irmin Schmid, and have interacted with many musicians of electronic music that play out of Frankfurt am Main. Through the value of those experiences, the simple release of a record or CD became tedious, and around that time I began to no longer feel any artistic evolution of progressiveness about the method of continuing to present work as a music label. Today, I have become an Onpa active as a curatorial collective in media art. In this post, I want to introduce the Museum of Modern Electronic Music (MOMEM), which is set to open in Frankfurt am Main (in Japan, it’s just called Frankfurt), where I first lived when I moved to Germany. 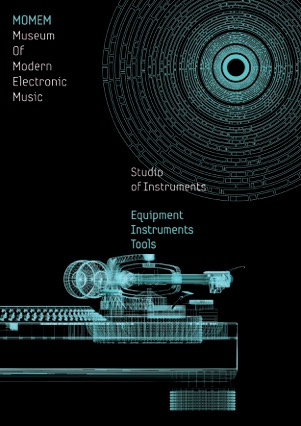 In addition to Sven Väth, a master of techno sound and Mille Plateaux, an historic electronic music label, the state of Hesse where Frankfurt is located is home base for many relevant individuals. I think the fact that MOMEM was created in Frankfurt was probably a natural progression. Though it will open next year, a support club has already been established, and Berlin-based Onpa has also become a MOMEM supporter. As far as I understand, the concept is based around key words such as sound, fashion, tools, apps, club culture, space, media, and interactive. The museum will develop into a monumental presence of culture and history of electronic society that is organized using constantly updated digital technology.

It could be called a genre-less startup in the art scene that goes beyond simple music, sound, and art. I have the feeling that amid the evolution of IoT, MOMEM will become a good example of a museum that will show art museums, repositories, and galleries of the future how to catch up by figuring out how spatial art will intersect with digital society and viewpoints of geopolitical culture will change. MOMEM: http://momem.org/
Image data © 2016 MOMEM