I had no sooner walked into the entrance of the museum, and already I was completely disoriented—thrust into a space that seemed like it was nothing… though I was supposed to be surrounded by art. Martin-Gropius-Bau is one of the most well-established museum in Berlin. I went to see a David Bowie exhibition there, for example, in 2014. At the time, I was impressed by the breathtaking quality of the space, which was produced by a company called Neumann & Mueller. Even ONPA Japan looked for sponsors to host the exhibition in Japan, but regrettably could not round up the necessary support in the end, causing the project to fall through. In the meantime, the world lost David Bowie. Personally, I’ve felt that there are many other inspiring exhibits in this museum.The latest thing I went to see at the museum was an installation by media artist Omer Fast, who works primarily with video and photography. I headed straight into the museum, and immediately felt completely disoriented. The feeling was that strange—and yet, the exhibition itself could not have been blander. What I saw before me was a space like a waiting room. It looked exactly like the government offices in Berlin that I myself had been forced to wait in during the long process of securing my visa. I couldn’t believe this was supposed to be an art installation. What are we waiting for in here? I wondered. Why are we being forced to wait? But no—I was already in the exhibit. A jacket and knit cap were flung casually over a linked row of five red chairs, while TV monitors hung from the ceiling showed images of a news program and a display with numbers showing the next person in line at the municipal office. Magazines were tossed around haphazardly, leaving me wondering what these common German tabloids were doing in the middle of a museum exhibit. It was then that I realized that they were imitations of those popular magazines, and actually part of the art installation. Omer Fast had also recorded narration for films that grapple with questions concerning the line between the real world and the stories that unfold through films and other forms of media, or the line between actual events and historical accounts of those events. In that context, the room forced me to confront the awkward relationship of art and the space where I was currently standing. In my head, I couldn’t make sense of what I was seeing—was it an actual place in the world, or was it art? On one hand, I was frantically trying to understand it by somehow establishing some coherence among the objects that made up the scene; on the other, I was simply becoming uncomfortable. It was an overwhelmingly strange feeling. I couldn’t tell which way was up—I was completely unable to process it. Fast is an installation artist who disorients his viewers by introducing this conflict between documentary and fiction. In a sense, I guess, this is a form of interactive art. That day at Martin-Gropius-Bau, I was simply overwhelmed by a shocking hit of creative power. This was Omer Fast’s first major solo exhibit in Berlin. The seven works that are part of this project will be on display through March 12, 2017. 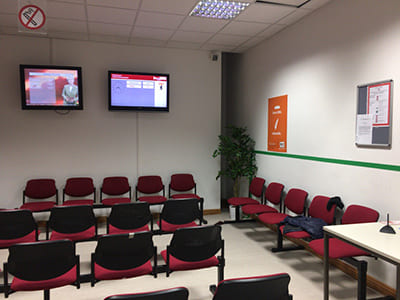 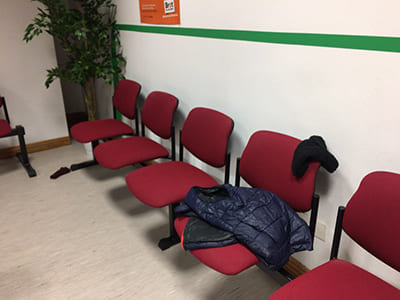 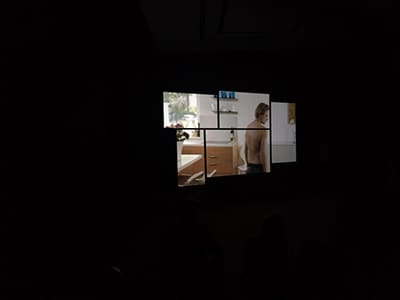 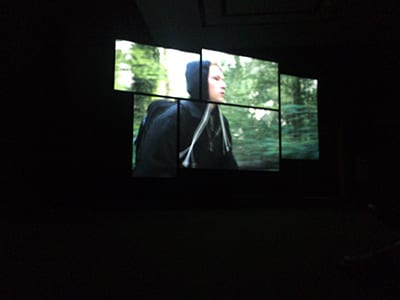 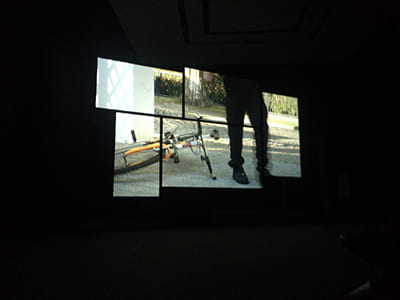 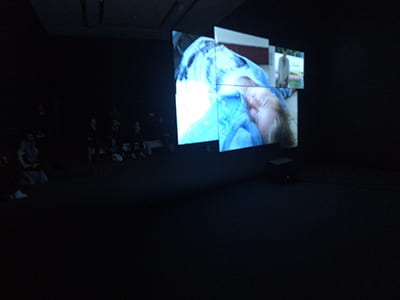 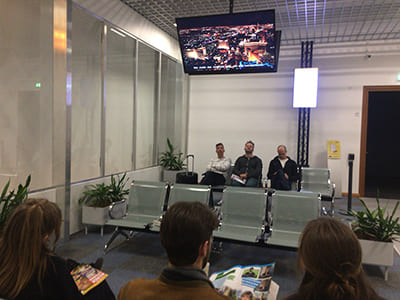 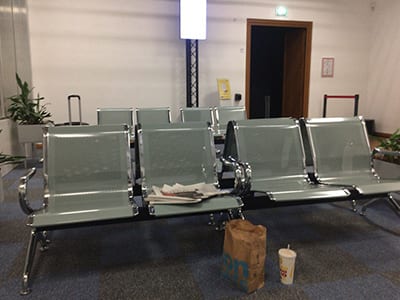 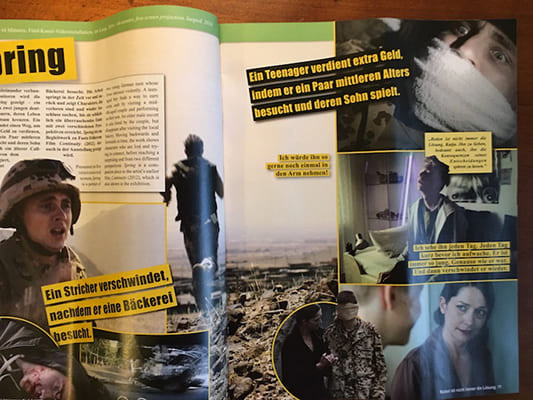 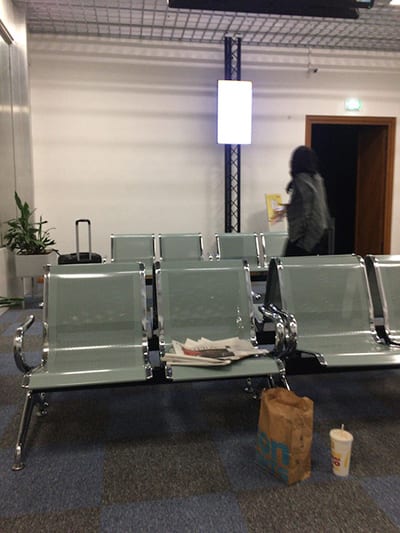 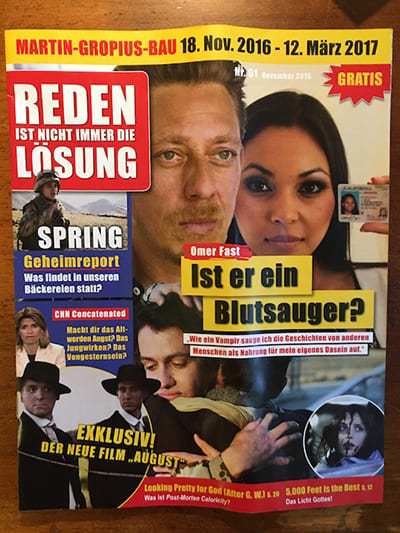 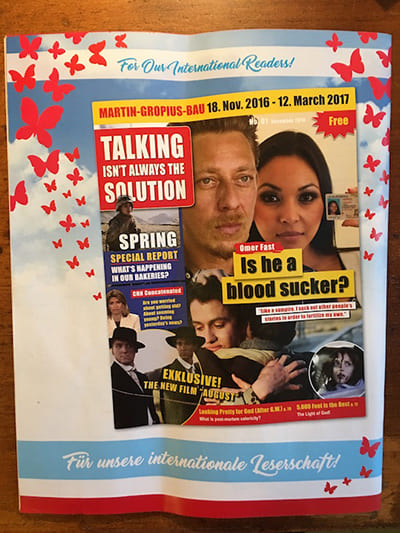