Ryan Mendoza was born in 1971 in New York. Today, he’s an artist who is based in Naples and Berlin.For a long time, he and other artists of the same generation were told that the typical route to success in the art world was to move from Europe to America. Personally, I think that was due to a backlash against Europe, which has a deep history in the arts, and the materialization of resentment in the historical arts and culture harbored by some Americans. However, Ryan took the opposite course and left America to begin working primarily in Europe. In that sense, many critics argue that as an artist building a career through a track uncharacteristic of modern artists, he is a very rare artist who followed the path of writers in 20th-century America when the trend was to travel to Europe as a way to get ahead as an artist.In Berlin, an exhibit of his artwork began on April 8th on the grounds of his studio. That piece of artwork is a house entitled, the Rosa Parks House. What’s more, this house was actually brought over from America. Why did he bring an entire house to Berlin?The owner of the house was Rosa Parks, a woman who refused to give up riding a bus reserved for whites only when pressed by a white man to do so in Montgomery, Alabama in 1955. That incident became symbolic of the civil rights movement led by African Americans. Though she later came to be called the “first lady of civil rights,” sensing her life was in danger, she and her family moved to Detroit. From 1957 to 1959, she lived with her family of 15 on the income she received from working as a helper at church and sewing jobs. This is the home of Rosa Parks.When Rosa’s niece, Rhea McCauley, received news of Detroit’s plan to dismantle the home, she somehow wanted to maintain the Rosa Parks House, which is an icon of the civil right’s movement. 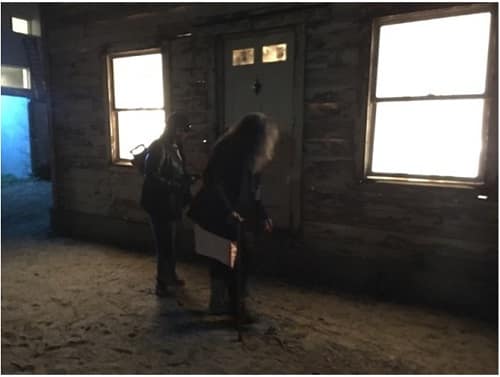 The longhaired woman in this photo is Rosa Park’s niece, Rhea McCauley.
Ryan Mendoza happened to be at the Detroit Institute of Arts around that time. He’s also an artist that creates sculptures that focus on houses, and Rhea asked him for help to ensure this icon would survive. That was what set its journey to Berlin in motion.Rhea bought the house from the city for $500, and with the help of Mendoza and others carefully dismantled and shipped it. The disassembled materials were brought to the grounds of Mendoza’s studio in Berlin and amazingly reconstructed. Mendoza has said that until America has reconsidered its stance, he will temporarily be a Berliner.Many young people and hipsters gathered at the party for the launch of this exhibit, but apparently no one directly talked about the project. Since beer is rarely served for free at gallery openings lately, it seems that many people came for the beer being served.In any case, this was a very big project in terms of budget for an individual artist. For that reason, there was also some gossip here and there about Mendoza’s wealth. These days, when confrontations between different races become an issue, the theme of the artwork should be worthy of attention. On the opening day, Rosa Park’s niece, Rhea McCauley also held a signing event and said a few words.Place: Wriezener Straße 19, Berlin-Wedding 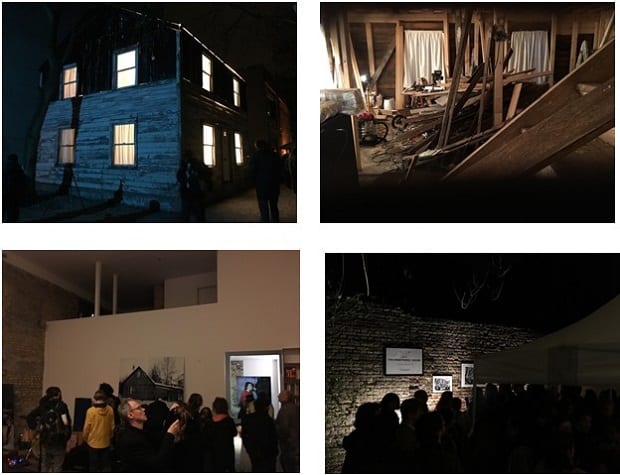