This year was the 21st edition of the Amsterdam Gay pride festival. Gay Pride is always held the first weekend of August and celebrates freedom and diversity. Although gay rights and acceptance is also very much a political issue around the world, in Amsterdam the focus during this event really lies with the celebration of equality and the unity of people regardless of sexual preferences, religious and/or cultural background. It’s about going outside and showing that we are all part of the same community and that we can celebrate together. Because this year the celebration coincided with the EuroPride; the European celebration of lesbian, gay, bisexual and transgender pride, also being held in Amsterdam it was an even bigger event than usual with an estimated 560.000 visitors, including people from all over the world. 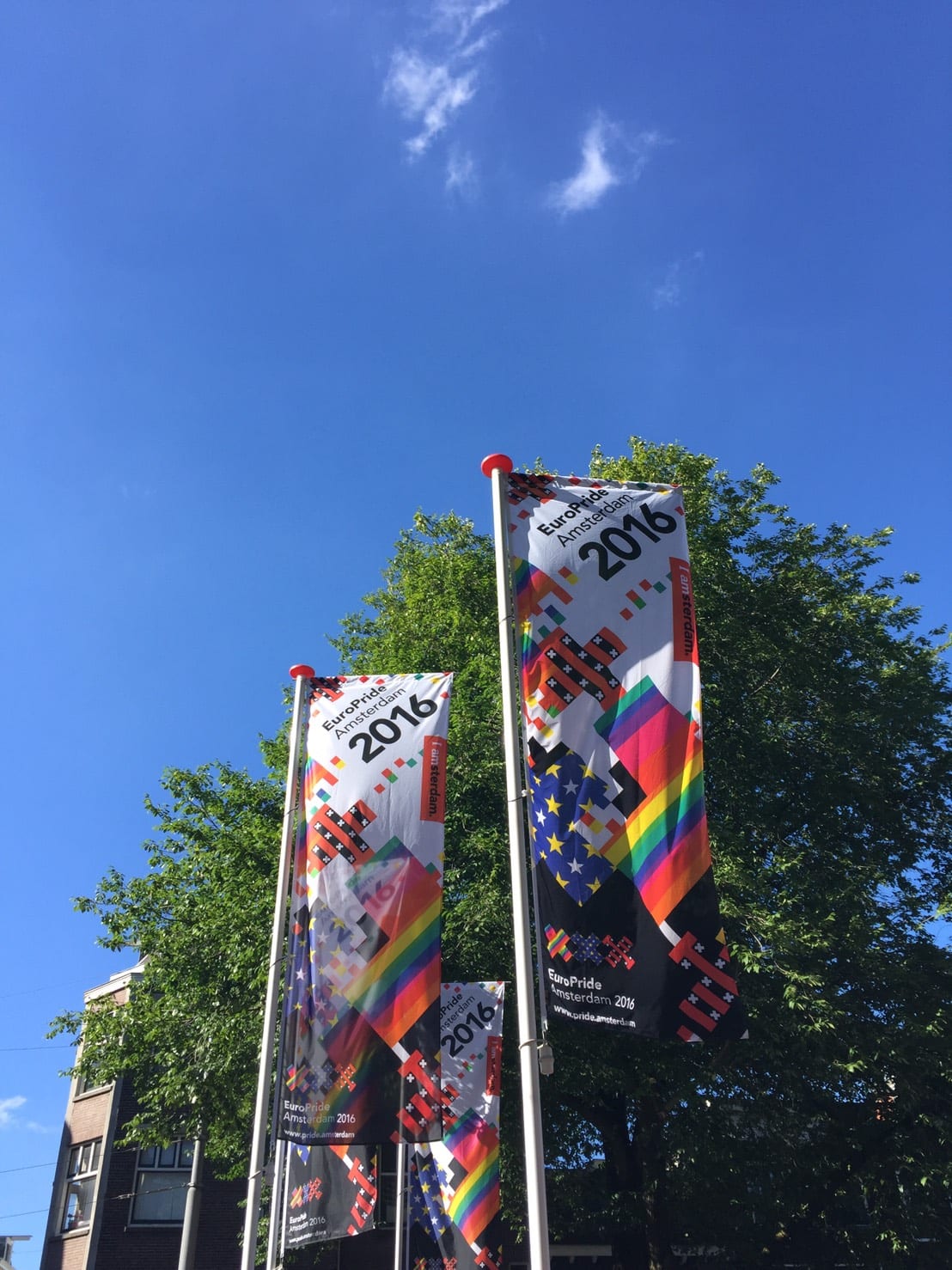 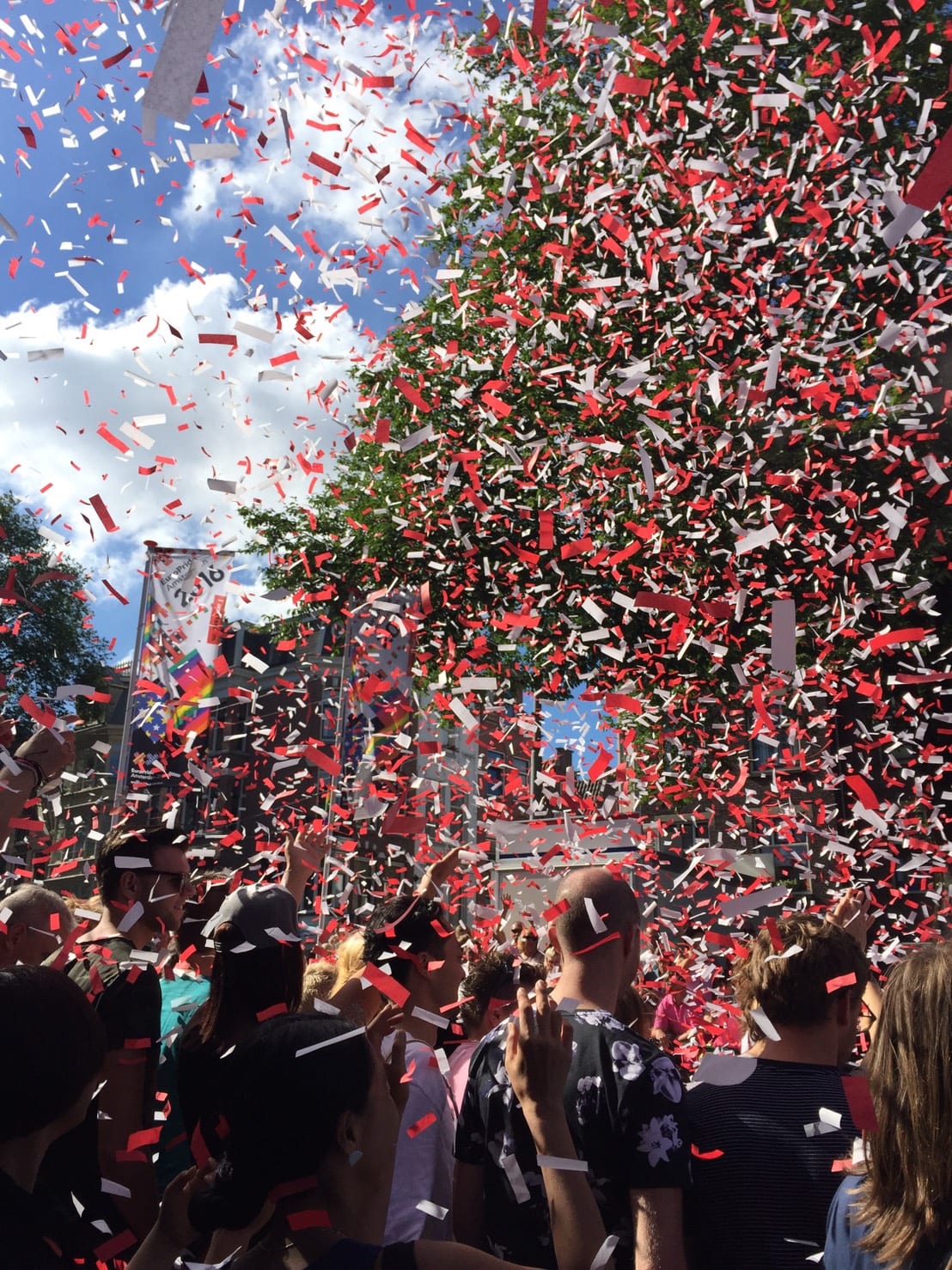 In the two weeks leading up to the weekend there are several gay-related cultural and sportive events throughout the city. Many museums and art galleries hold special exhibitions, the Amsterdam zoo held an event around gay animals this year, many cinemas and theaters show gay movies and productions amongst others and there is a lot of live music and dancing. The biggest event during the Gay Pride is the Canal Parade. Every year 80 decorated boats paraded through the canals of Amsterdam accompanied by loud music and dancing people. The boats are selected from all entries, which are just as diverse: major sports brands, banks, political parties, museums, hospitals, radio stations, gay associations, but also local clubs and ethnic groups. Anyone can apply. It is a lot of fun to watch as each boat is different and people on the boats make a lot of contact with the people watching. The entire route of the parade turns into a party on the streets celebrating respect and love for each other. 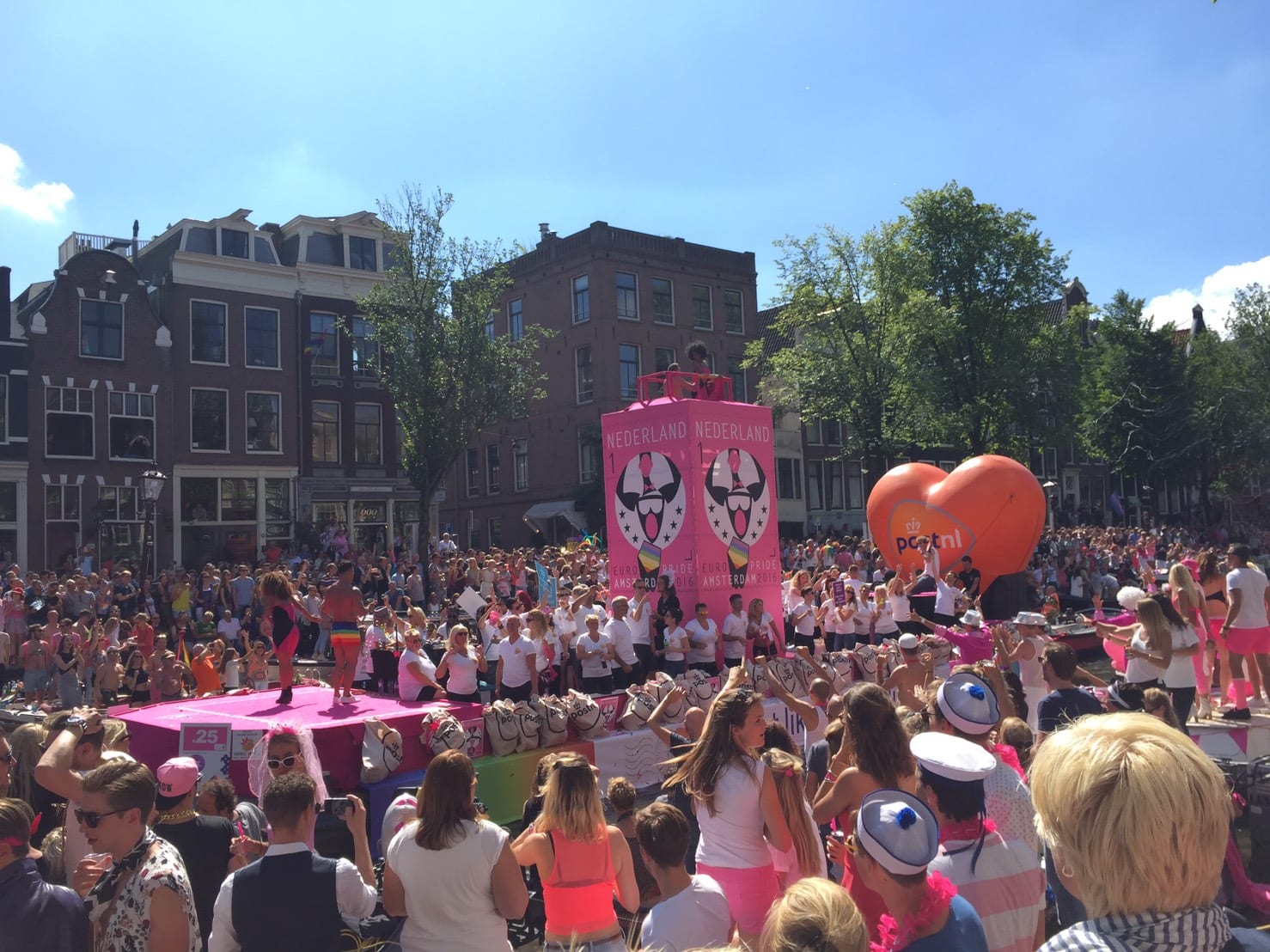 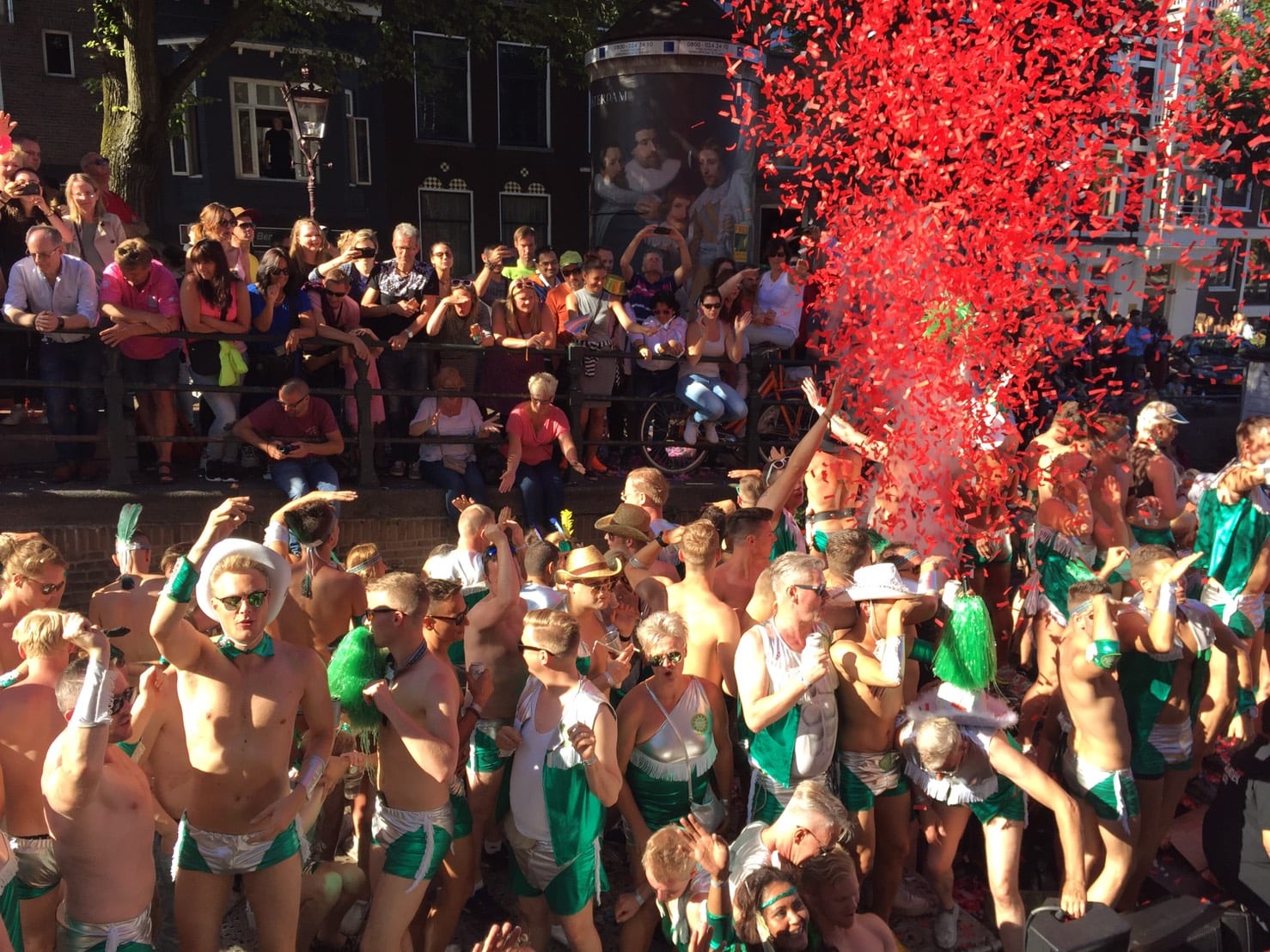 Homosexuality in general is a lot more accepted in Amsterdam than in a lot of places in the world, and Amsterdam as a city is proud of that (here I might refer back to my post on marriage in the Netherlands; from 2001 The Netherlands is the first country in the world where gay couples can get legally married). That is not to say that here there is no discrimination whatsoever or that there are no more battles to fight, but around the world Amsterdam is known for its’ acceptance and open mindedness. This is also reflected in the opinions of many local people joining in on the celebrations even stating that “to me there really is no difference between gay and straight people, so a celebration emphasising our differences seems counteractive in a way, but it’s a good way to show that you really shouldn’t care what other people think about you”. Personally, I also think that “celebrating homosexual acceptance” is kind of an inaccurate way of representing the purpose of the event, but I suppose awareness is still evolving. 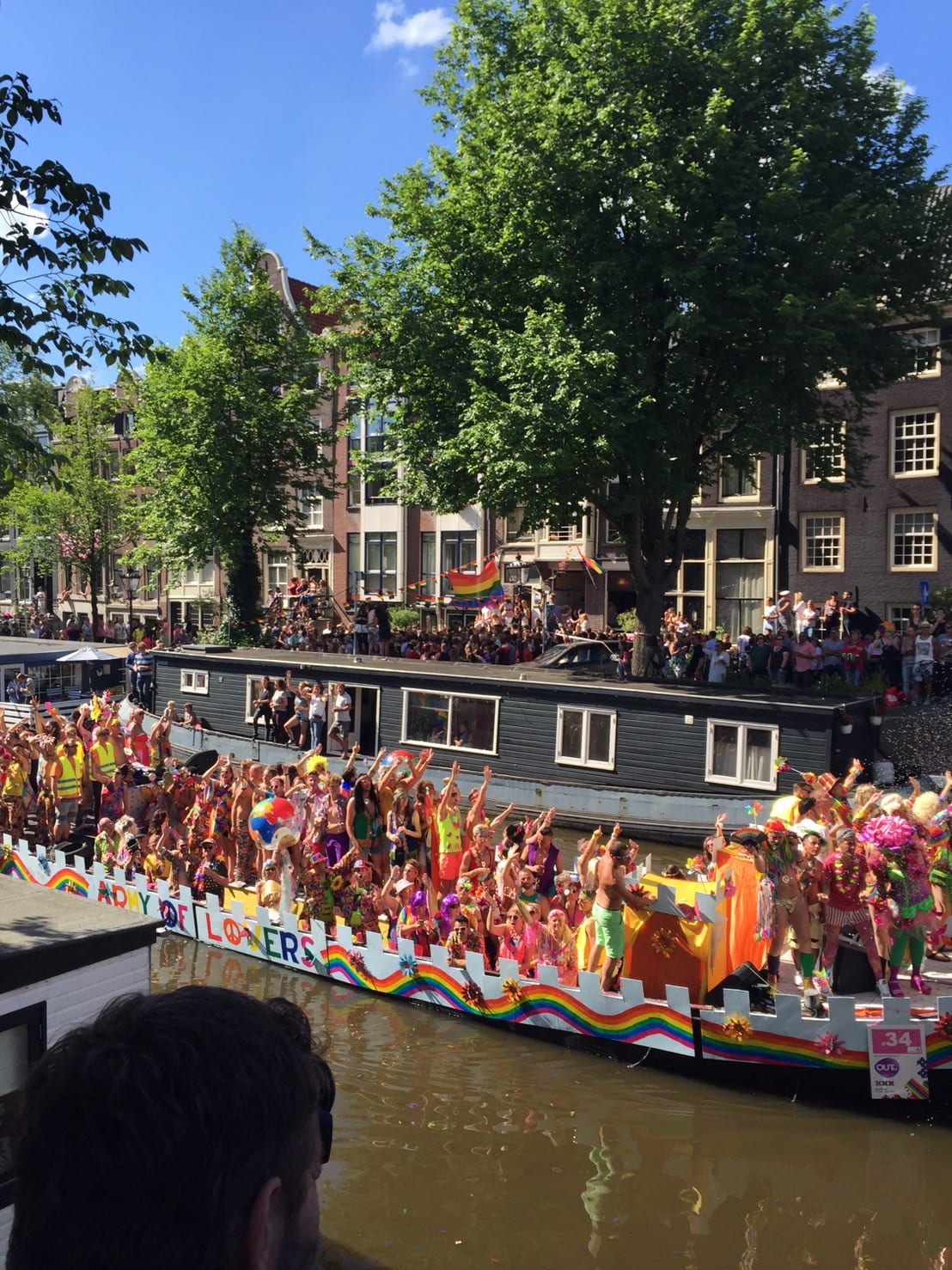 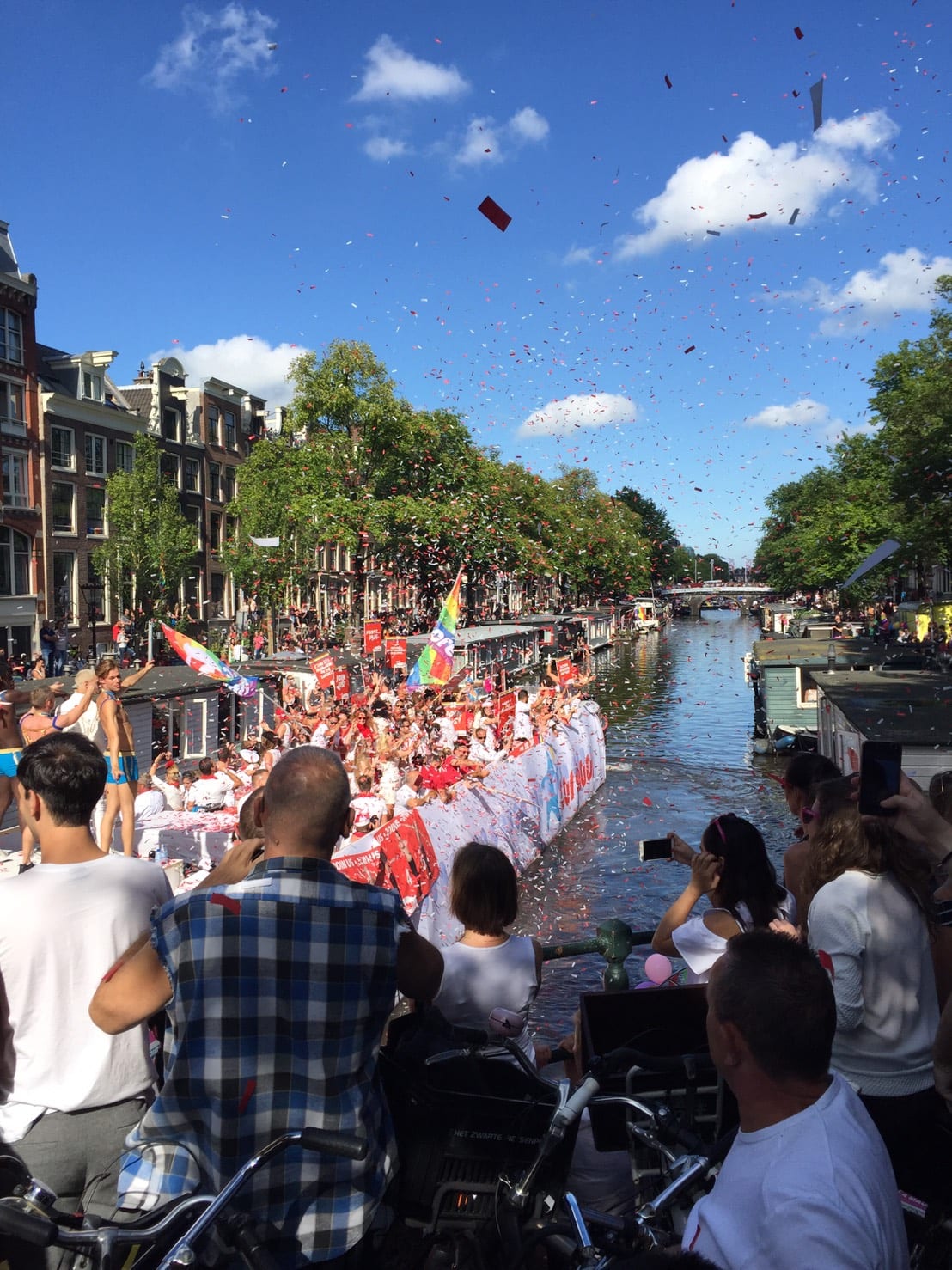 When I was living in Japan I never quite understood the attitude of people towards homosexuality. It seems that gay stereotypes are enjoyed on television programs and at okama bars, but from my experience it isn’t a good pick for a serious conversation. I’ve heard several times that “homosexuality is a foreign thing” or that “there are no gays in Japan”, and especially men stating that they would feel very uncomfortable knowing someone was gay. But then again, as Japan is a country where a lot of (sometimes for westerners seen as extreme) subcultures are free to exist and develop, I am sure that in a similar way there is room for homosexual communities in Japan to connect and express themselves. (Maybe in a more peaceful way even, as a lot of the opposition to homosexuality in Western countries is based in Christianity (or the Islam), which aren’t big religions in Japan). This year’s Gay Pride and EuroPride were a big success and I am sure that it has reenergized and stimulated a lot of people to be proud of who they are, while spreading awareness that everyone has that right. For anyone interested in seeing video’s of this year’s event I suggest the official Youtube channel of “Pride Amsterdam”.