The word confetti in English refers to those colorful scraps of paper you throw in the air during the Carnival period or when attending parades, but in Italian culture that is the name we give to sugar coated almonds and they occupy an important position in Italian culture.My region, Liguria, is a popular place for weddings and outdoor ceremonies thanks to its temperate weather year round and its picturesque coastline and there are quite a few confectioners’ shops in the area which specialize in confetti making.The number of confetti used and their color change based on the type of celebration and etiquette tells us how to behave in this regard. 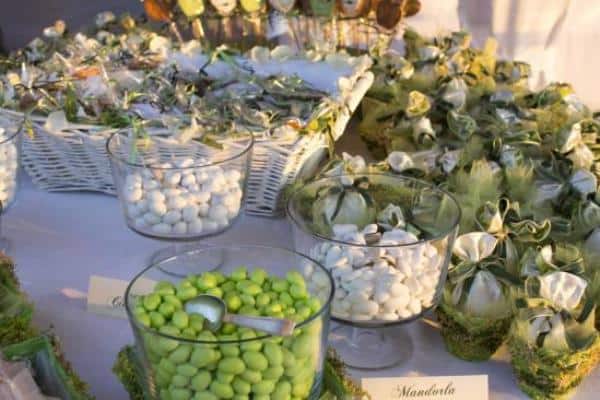 Confetti vary in color depending on the occasion
Confetti is a candy which symbolizes luck and prosperity, its origin is very ancient and the term dates back to Roman times. Back then these special sweets were used for important ceremonies such as high-ranking weddings and births.There are some curiosities about the confetti that revolve around their color and number.Tradition wants the confetti used for weddings to be white to indicate the purity of the bride. In Italian weddings it is popular to give some small gifts called bomboniere to the guests so they may recall the wedding in the years to come. The bomboniere can be very different from wedding to wedding and range from handmade objects to a DVD of the ceremony but they can also include dolls, lucky charms or ceramics and a small bag of confetti is always added.Confetti are also given for baptisms and their color is based on the sex of the newborn baby: light blue for boys and pink for girls, obviously. 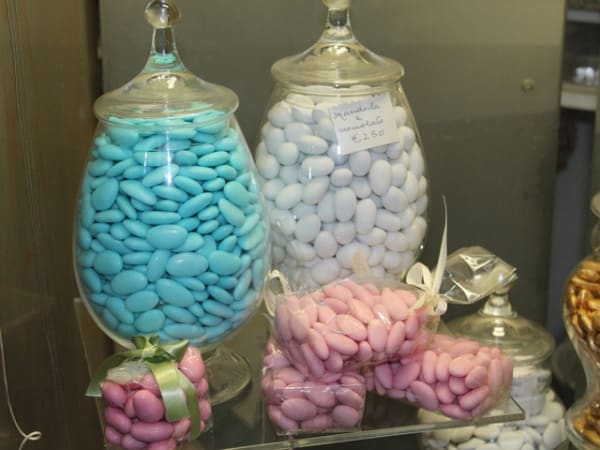 Pink confetti are for baby girls, light blue ones are for baby boys
Regarding the flavor of the confetti, alongside the classic sugar coated almonds, today there are on the market different variations with a variety of unique flavors.One can find sugar coated chocolate dipped almonds (which are the children’s favorite) and other flavors such as strawberry, lemon, coconut and even chili pepper.The different flavors are distinguished by a particular chromatic nuance so the seller and the buyer may remember them. In this way, the confectioner’s homage becomes a sensory experience and a delightful memory to take away. The shape of the confetti is a traditional oval or spherical shape and nowadays it is possible to personalize the confetti by engraving them with the initials of the two spouses for a wedding for example or with the date of the given celebration.Even the number of confetti being gifted is not left to chance. Etiquette provides strict rules regarding the number of sweets to donate:3 confetti symbolize the couple and the child and they are used for baptisms, 5 confetti symbolize long life, health, wealth, happiness and fertility and they are used for weddings to wish the couple a long happy life together.The number of confetti given out may vary but, according to tradition, the confetti must be always in odd number because it is said that odd numbers bring positive changes. 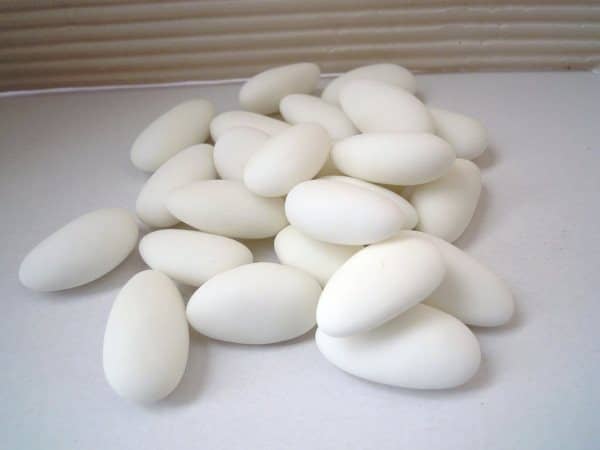 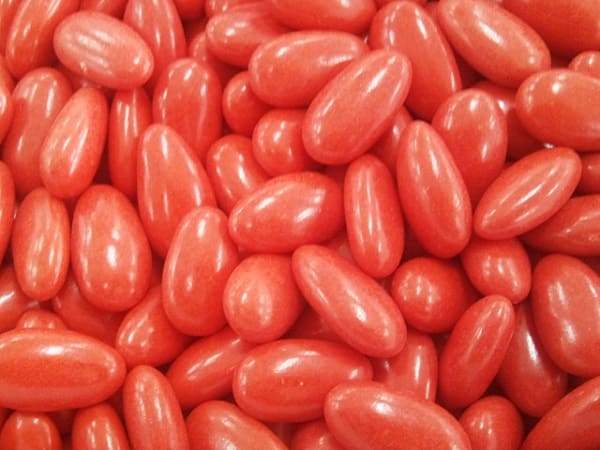 Red confetti are used for Graduations
For engagements and 18th birthdays the color is green because green is the color symbolizing hope.