The last stretch of land in the Ligurian Riviera of Levante (the East side), just before its border with Tuscany, gathers around the Gulf of La Spezia, better known as the Gulf of Poets.Many, in fact, are the artists and writers who have been fascinated by the impetuous charm of this area, including the famous Lord Byron, the cursed poet that at the beginning of the nineteenth century wrote about freedom and rebellion for a new generation of poets.This area was discovered and loved by foreigners already in the nineteenth century and many of them were English. Nowadays the area still attracts many tourists but today they mainly come from Germany, the US and Russia.Legends say that Portovenere was one of Lord Byron’s favorite locations and that in a reef cave now called Byron Grotto the poet got inspiration for his works.There is a tombstone remembering this enterprise but it is a fake one. In fact, Byron never came to Portovenere, but stopped only at Lerici, where an international swimming competition, is held every year at the end of August and for over fifty years swimmers from all over the world, professionals and amateurs, have come to this beautiful harbor town to remember its past being close to its outstanding blue waters. 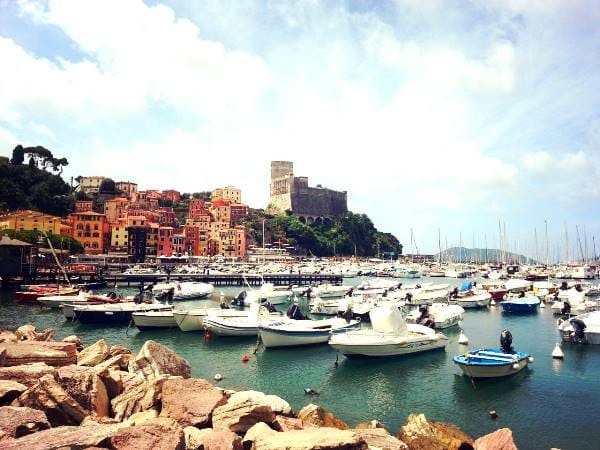 Lerici
Just in front of Portovenere there are the islands of Palmaria, Tino and Tinetto, summer destinations for boat excursions to snorkel and dive. The hinterland is the heart of the Regional Park of Porto Venere, a lush area suitable for hiking in view of the magnificent coastline of the central village.The magnificent landscape of the coast is suspended above the scenery of an unforgettable scuba diving. It is here, underwater, that one can find the Christ of the Abyss, a statue of Jesus lying at the bottom of the seafloor and accessible only to scuba divers. 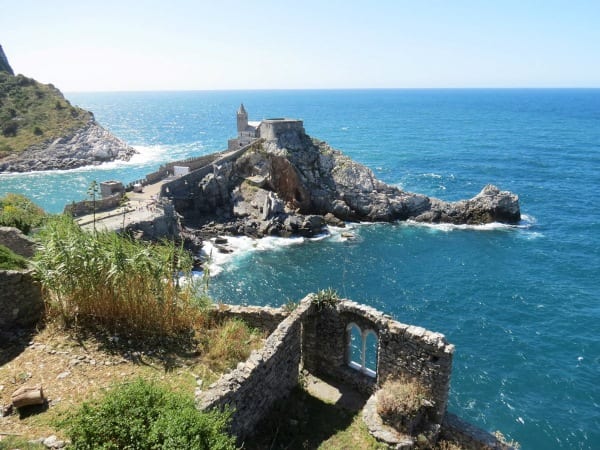 Portovenere
Lerici is a slender edge of coastline whose landscape, with its softness and continuity, is the most important tourist center of the Gulf of Poets. The predominantly hilly area rises rapidly to reach scenic routes from which you enjoy a refreshing view across the bay. The castle is the symbol of this town and dominates it from the top of a rocky promontory that closes the bay to the south. Of the three beaches of Lerici, the largest offers the suggestive feeling of being caught between heaven and earth thanks to its hills so close to the sea.Lerici in recent years has also become famous for its mountain bike trails and it’s attracting many bikers from all over Italy and Europe.Over the decades many poets and artists have moved to the area and even Virginia Woolf spent some time here. And not only the beauties of the landscape attracted these famous artists, but also the scents and flavors of the local cuisine and the fresh fish caught daily by fishermen.In the past few months the region council expressed the will to take over the village of Bussana Vecchia, which was a property of the State Property Administration since the 1980s.The choice came after the – almost -decision to issue an eviction order for residential residents.With this decision, the region officially recognized the social and cultural importance of this village of unique and fascinating history.An earthquake, back in 1887, had shook the Ligurian hinterland creating enormous damage in the ancient medieval village of Bussana Vecchia which was therefore abandoned to be reconstructed 3 kilometers further downstream.The houses were abandoned until the early 1960s when a painter founded here the ‘International Community of Artists’. Right from the start, the village began to attract artists and creators from all over Europe who were able to secure most of the buildings although they started living here ‘illegally.’The relationship between the inhabitants of the village and the institutions has always been tense and complicated so this recent decision is a success because it means that finally artists and authorities will start working together towards preserving this amazing place. 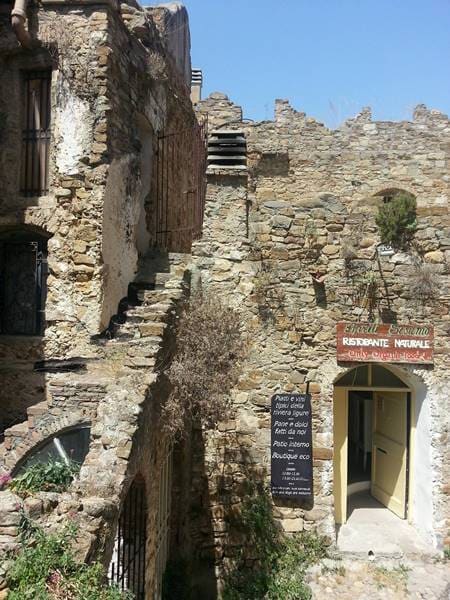