Monterosso, Vernazza, Corniglia, Manarola and Riomaggiore are five villages, five lands on the sea where they get their name: Cinque Terre, meaning five lands. Modeled by nature for centuries they were adapted to the needs of man. First, for agricultural purposes, men created the terraces fields, which make this a unique place.Cinque Terre is a coastal area of Liguria of about 30 kilometers extending to the end of the Riviera of Levante, precisely between the Punta di Mesco and that of Monesteroli. 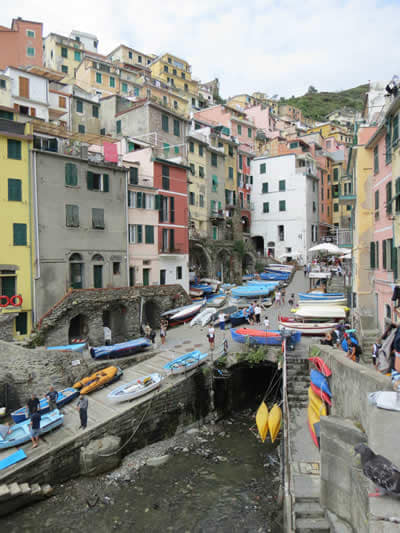 5 terre are fishermen villages
The best way to reach them is the train, along the railway linking Genoa to Rome. You can reach the Cinque Terre from nearby locations such as La Spezia, Levanto, Lerici and Portovenere by ferry. In the late spring, summer and fall (from April to about November) you can move from one village to the other using the ferry service of the Gulf of the Poets, and reach the Cinque Terre from more distant locations such as from Tuscany. At the end of the nineteenth century, on these slopes, the hectares of vines were 1,400. Then, as time went by, when the degradation of the terraces and the dry walls had the best, the space for cultivation has been drastically reduced. To date, the hectares of vineyards are only a hundred. 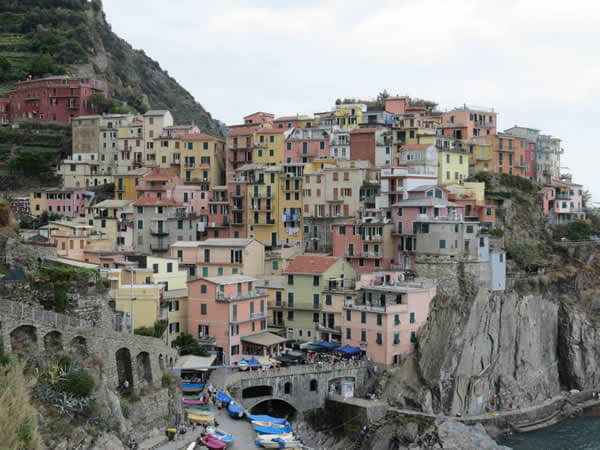 Cinque terre
Yet the terraces, the walls and the vineyards are perhaps the most characteristic feature of the Cinque Terre. This is the reason why, in 1997, the place has been added to the human heritages list by UNESCO. In the same year the Protected Marine Area was created, and only two years later the National Park was set up. In these UNESCO protected vineyards, the Sciacchetrà wine is produced. It is a sweet wine suitable for desserts and it is a product symbol of this area. It’s very pricey because it’s rare but it’s a must try! Recently, the European Union has funded a project to defend and protect the typical crops of the Cinque Terre, to limit the environmental degradation and to stimulate the recovery of the area. Born to make park activities more sustainable, the brand promotes the marketing of typical products of the area, first of all wines and pesto, which must be strictly organic. Another important crop is lemons, and this citrus is the protagonist of a festival, ‘The King lemon fest’, held in Riomaggiore during the summer each year. 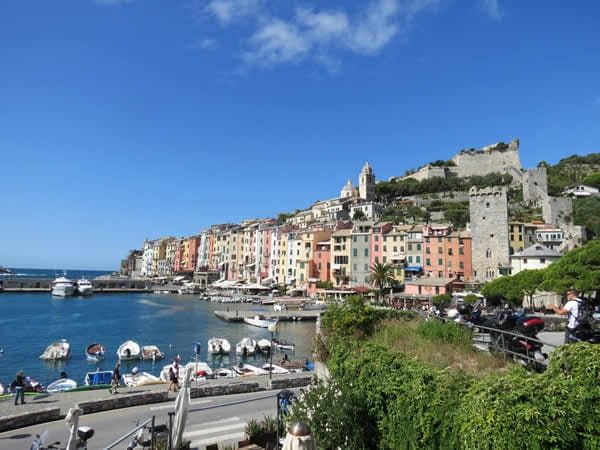 Monterosso
The Cinque Terre fauna, both maritime and terrestrial, is very rich: the area overlooks a cetacean sanctuary, which houses several whales. Weasels, moles, foxes and wild boars live in the woods nearby, while the hawks dominate the sky.The Cinque Terre offer suggestive itineraries with trails overlooking the sea (such as the romatic Path of Love which connects two of its towns), quality gastronomic specialties, culture as well as animal and vegetable biodiversity.The origins of the Cinque Terre in Liguria are lost in the Middle Ages and in fact the villages are dominated by Gothic parochial churches from that age.Manarola is my favorite village because it is built almost entirely on a rocky spur overlooking the sea and it is sheltered right in a narrow gorge between the two spurs where most of the homes are located in the small small port.In Manarola it is where the path of love trail starts, ending precisely in Riomaggiore. 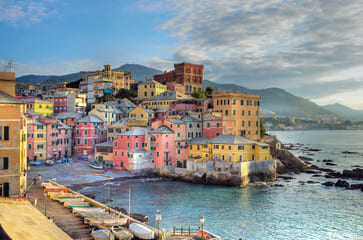 Manarola village
In Manarola there is also the museum of the Sciacchetrà, the typical wine I mentioned above.Monterosso al mare is the most important village of the five lands both in size and in number of inhabitants. Since it is also the only one that has a wide beach it is usually where the tourists go and indeed there are many Bed & Breakfast and resorts in this town.