As soon as December begins, Christmas decorations and illuminations pop up everywhere in the city, and display windows are decorated beautifully in order to attract and gain attention of customers. Here, where many are Catholic believers and the mass is held to celebrate the birth of Jesus Christ during Christmas, Christmas trees are decorated inside the house. Christmas in this region is referred to as Natal. Although it’s a religious celebration, it’s customary for families and relatives to gather for a dinner party on Christmas Eve, even if you do not attend the mass or if your faith differs. People enjoy Christmas Eve by chatting, eating, drinking and exchanging gifts from the evening to the late night. Since this time of the year is the middle of summer in this region, dinner parties are also held in the yard or poolside. The main dish is the turkey. This is actually an influenced of the turkey eaten on Thanksgiving Day in the U.S. In addition to pork and chicken dishes, a snack called “rabanada” is also served. This dish made by Portuguese immigrants consists of round slices of bread fried after combining it with milk and eggs. Covered in sugar and cinnamon powder, it has a very good aroma. An established name among sweets in Milan and a traditional pastry, the “panetone” is never missing from the table as well. Some have dried fruits and some have chocolate chips in them, and the delicious dough is both moist and sweet. Come December and boxes of the panetone are stacked in supermarkets. All the sweets shops sell their own homemade version. Lots of good colorful food can be enjoyed, as fruits including grapes, mangoes and pineapples, as well as cashew nuts, chestnuts, walnuts and raisins, which are all products of Brazil, are also prepared on the table. 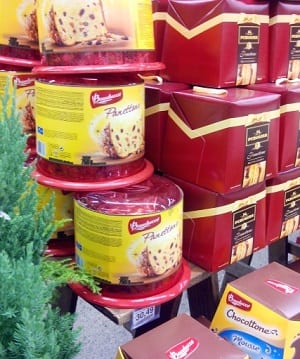 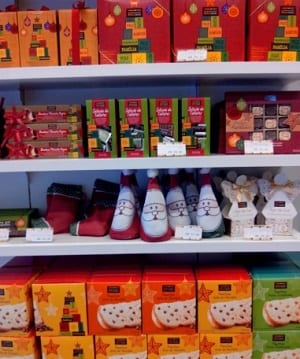 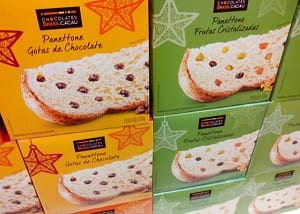 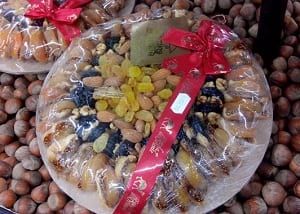 Exchanging of gifts is also one of the enjoyments. A fun, game-like method is used to exchange gifts in Brazil. It’s called “amigo secreto” or translated directly, “secret friend.”  Few days prior to the dinner party, the friends who will be participating in the exchange of gifts will come to draw lots. Each lot drawn has someone’s name written on it, and you give your present to that person whose name was on the lot. However, that person whom you drew has to be a secret. You cannot tell anyone else and that’s why it’s called “secret friend.” Sometimes the gift items are determined in advance, such as flip-flops, chocolate, T-shirts, etc. At other times, prices may be set instead, such as items costing up to a maximum of $30. To start the game, one person shares a clue about his or her secret friend in front of all the participants. For instance, the clue might be like “He’s tall, has large eyes…” and so on. Everyone guesses who that friend is based on the clues. If they guess correctly, then that person receives the gift, they hug and take pictures. Next, the person who received the gift shares clues of his or her secret friend, and it continues like that until everyone gets their turn. As simple as it sounds, it can get quite exciting. This is how Brazilians enjoy a fun Christmas Eve. Feliz Natal!