When I buy mangoes and put them in a fruit basket, in about 2 days a sweet aroma fills the kitchen and I know they’re ripe enough to eat. The shiny red mango has become the symbol of southern countries, and though I thought mangoes came from Brazil, they’re actually from the northeastern part of India where it’s said they’ve been cultivated for over 4000 years. Based on the legend of Buddha passing the night under a mango tree, it’s named one of the 5 trees of Buddhism.In Brazil, the Portuguese imported mango seeds from India around the 18th century and began cultivating mango trees. Today, mangoes are primarily cultivated in the northeastern part of Brazil, but they’re also grown in the states of Sao Paulo and Minas Gerais.There are said to be more than 100 kinds of mango, but Tommy Atkins, Palmer, and Haden are popular in Brazil. The skin is glossy and the bright color draws the eye. Sweet, juicy, meaty mangoes that aren’t fibrous are popular. However, there is a small type of mango called Coquinho that is really sweet. Since it has a lot of fibers and its small size means that once the skin is peeled there is little fruit left, a single hole is cut and the fruit is sucked out from there. Your mouth becomes sticky with mango juice, but it’s a delicious way to eat mangoes. 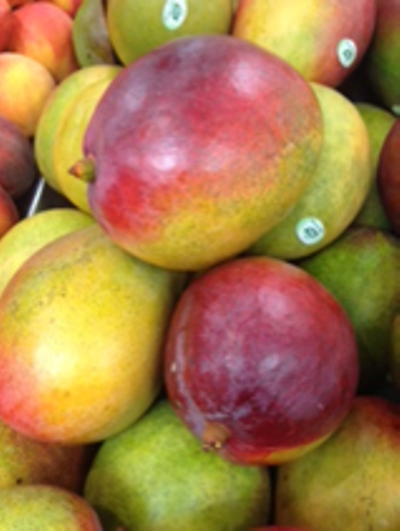 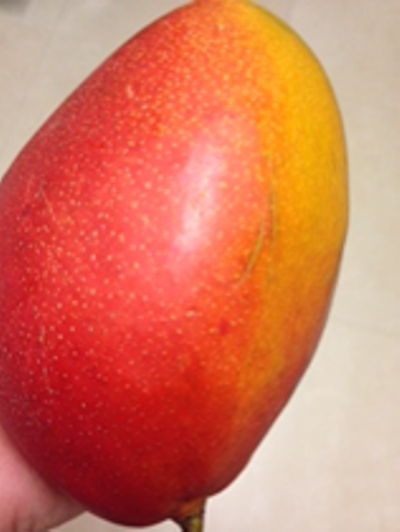 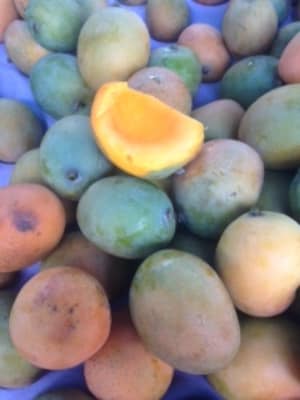 Coquinho
Mango trees grow to be over 30 meters high. They’re a lush green and also have a beautiful shape, so are often planted on farms and in gardens. They’re even planted along the streets in the city of Sao Paulo. There is a mango tree in my neighborhood that is now around 6 meters tall. It’s growing fast, and I look forward to it bearing fruit every year. Unfortunately, since it’s so tall, the fruit grows out of reach and the mangoes can’t be picked. 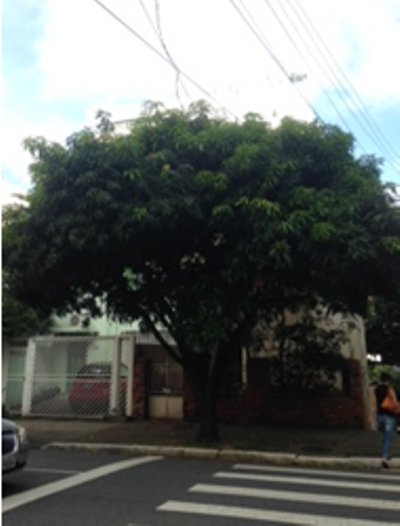 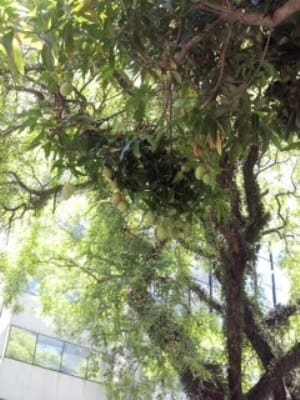 Mangoes have an abundance of vitamin A, beta-carotene, and dietary fiber, so they’re said to be good for things like beautiful skin and preventing cancer, anemia, and high blood pressure. However, since mango trees belong to the sumac family, you should take care because in some cases mango juice left on the skin can cause an allergy.In Brazil, they’ve said from long ago that drinking milk right after eating mango is bad for the body, but there are no scientific grounds for that. The origin of that idea goes back to the slave era. At the time, there were mangoes on every plantation and apparently the slaves liked the sweet fruit and ate it often. Milk back then was a precious drink, and the plantation owners warned the slaves that drinking milk with mangoes was bad for the body in order to keep them from drinking it. However, even today in the countryside a lot of people believe that. The other day, a television show asked if eating mango and drinking milk together was good or bad and brought on an expert to explain, so there are still those who believe it’s not good for you.Here, mangoes can be eaten nearly year round. Sweet, sweet mangoes chilled in the summertime are awesome!