Brazil is a producer of propolis, which is highly regarded for its health benefits. The propolis from Brazil is a product of the African bee, which is known for its outstanding capacity to produce honey and propolis. Minas Gerais, located in the northern part of São Paulo, is said to have a wealth of medicinal herbs such as eucalyptus and rosemary that are perfect for making good-quality propolis. Propolis is utilized primarily for its antibacterial action, ability to boost immune function, and analgesic effect. 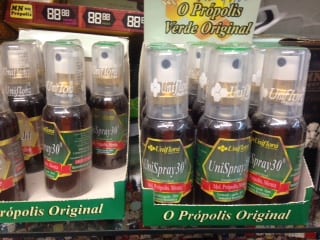 It’s sold in liquid form and as a spray containing honey. There are also soaps and hand creams with propolis, which is thought to be good for allergies and dry skin. 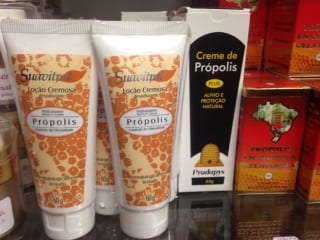 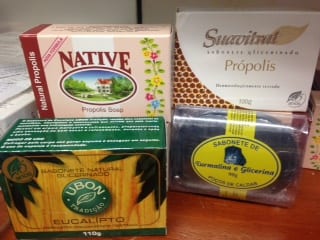 Agaricus (a mushroom from the genus of Agaricus), which is known worldwide for cancer-fighting effects and increasing immunity, is also produced in Brazil. There are records of it being cultivated for food in America in the late 19th century, but in the 1970s the medicinal effects of Agaricus was discovered in Brazil. It was sold under names including Cogumelo do Sol (mushroom of the sun) and Cogumelo de Deus (God’s mushroom). Not only is it effective against cancer, but it also lowers blood sugar and prevents colds and atopic dermatitis. Agaricus comes in various forms, including powder, extract, tablets, and a dried type. 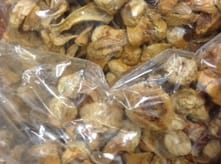 Do you know about Brazil’s small red fruit, guaraná? It’s a plant from the Amazon whose fruit contains lots of nutrients. Guaraná’s effects include burning fat, recovering from fatigue, and boosting energy. It also has the same action as caffeine, but a significant difference from the caffeine in coffee is the fact that it doesn’t stress the body because it’s absorbed slowly. It contains 3 times more caffeine than coffee.Generally, guaraná is sold everywhere as a carbonated drink, but guaraná powder is also available. 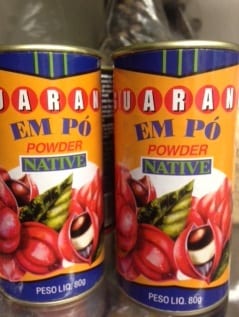 Are you familiar with acai? It’s also a plant from the Amazon. Around 2013, it became extremely popular in São Paulo where it’s consumed mixed with fruits such as bananas, mangoes, and strawberries, or blended with cereal and yogurt, or as an acai smoothie. It’s highly nutritious because it contains elements such as polyphenol (18 times more than blueberries), dietary fiber, calcium, iron, and vitamin B. It’s good for the skin, is anti-aging, and boosts eyesight. It’s also delicious and highly beneficial, which accounts for its popularity. 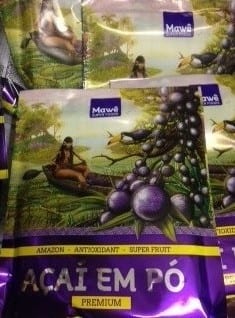 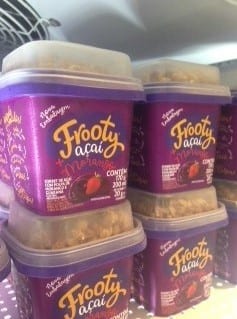 Taheebo is called the tree of God’s blessings. It has long been the source of a drink consumed by the Brazilian Indians. The inner bark of trees 20 years or older is boiled and drunk. This tree that grows in the tropical rain forests of the Amazon is difficult to obtain and very prized because of the component-rich bark. That’s probably why it’s expensive. Its benefits include detoxification, boosting immunity, and being good for the skin. A healthy tea full of nutrients is made from it. 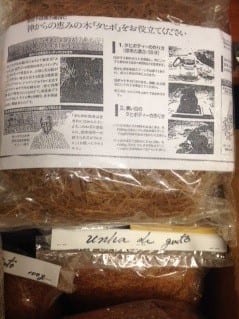 There are various other health foods produced in Brazil. If you’re interested, please start with propolis, which is easy to buy. You’re sure to see good results.