Australia’s convenience stores are located throughout town and also attached to gas stations. Here, I’d like to introduce their differences compared to ones in Japan. First of all, the prices can be shockingly high. They’re more expensive than at supermarkets, and the price setting differs by store and sometimes by city. For instance, a soft drink that sells for $3 a bottle at a convenience store in Queensland may sell for $4.50 at stores in Sydney. 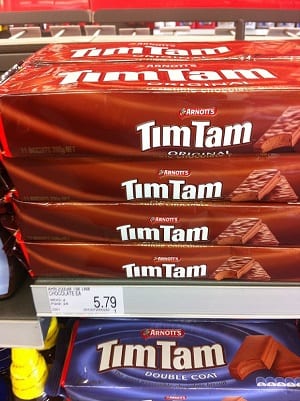 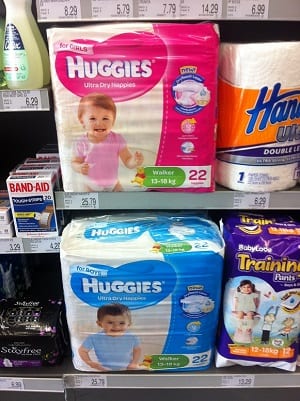 One good thing, though, is that in recent times, products sold at gas stations that are partnered with supermarket retailers are offered at the same price as in supermarkets. 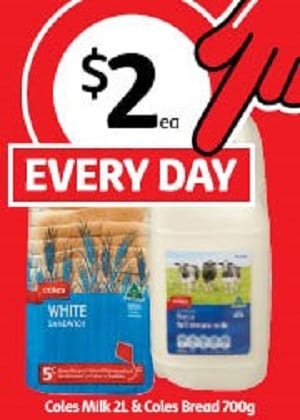 Convenience stores sell mainly everyday products, such as candies, snacks, canned foods, water, soft drinks, ice creams, magazines, newspapers, toilet papers and detergent, as well as cigarettes, all of which are pretty much the same as what’s sold in Japan. However, there are some unique goods sold here like fishing bait and gas bottles. The Gold Coast has some unusual goods too that are unique to the area, including sunblock, sunglasses and hats for protection against the strong sunlight, as well as marine leisure equipment like bodyboards (made of Styrofoam material), shovels and buckets for kids and snorkelling goods. 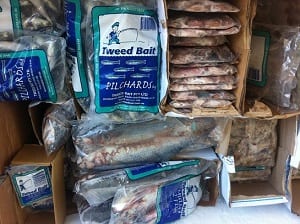 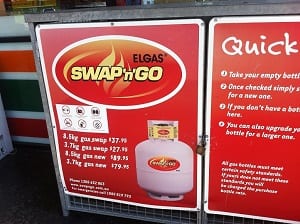 As for food and drinks, here they don’t sell bento boxes, side dishes and pastries like they do in Japan, but instead only have sandwiches, meat pies (pie with ground beef inside) and pie-like snacks called sausage rolls as well as coke slurpees and donuts. Pretty much, everything seems high-calorie. 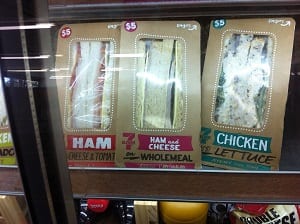 This being the present state here in Australia, I really do miss the convenience stores in Japan, and stopping by one has become something I look forward to whenever I make trips back to Japan.