Portugal designates both national holidays and municipal holidays that are celebrated only in certain cities. These typically celebrate the patron saint of the region, but in Mafra, the city I live in, we get a day off for Dia da Espiga , or “Day of the Spikes” (“spikes” refers to the tightly packed rows of flowers that look like ears of grain). The holiday falls on the same day as Ascension Day in the Christian tradition.Jesus Christ appeared to his disciples several times after rising from the dead. On the fortieth day, he took them to Mt. Olive, where he ascended into the heavens and disappeared—so Ascension Day ends up being the Thursday that falls forty days after Easter Sunday. It’s called Quinta-feira da Ascenção in Portuguese, and is the same day as Mafra’s Dia da Espiga.The celebration comes from an ancient Christian ritual of blessing the first fruit of the year, but it’s also said that the tradition goes back much, much farther to the days when ancient Earth religions celebrated the Goddess Flora. Either way, it’s considered the holiest day of the year—a day to take time off work. It is said that in the hour of high noon, the waters of the rivers will not flow, milk will not turn to cheese, bread will not rise, and leaves will stop growing. During this hour when everything stops, the people would harvest crops, create bouquets of spikes, pick herbs, and if it was raining, burn a few spikes in order to ward off thunder. Today, there is no fixed time designated as “the hour of high noon,” but we still take the time to walk in the fields, pick flowers, and make espiga bouquets. These bouquets are required to have six different kinds of flowers in them, each with a certain meaning. 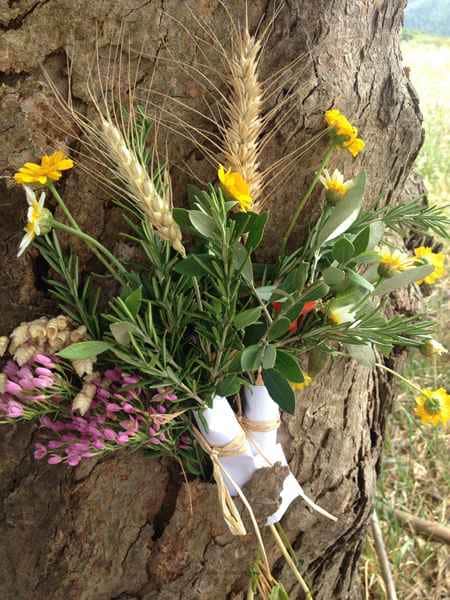 •Wheat ears: Bread (represents the wish that there will always be food to eat)•Olive leaves: Peace and light (olive oil is used to light fires)•Marigolds: Gold and fortune•Poppies: Love and life•Rosemary: Health and vitality•Grapevines: Joy and wineThe bouquets are hung in the entryway until Dia da Espiga the following year in order that each flower will bring the blessings it symbolizes.This year, I participated in the village Espiga walk with my entire family. Because it’s a rural area, it’s not unusual to see three generations walking together. The young and the old all helped each other get through the valleys and fields. 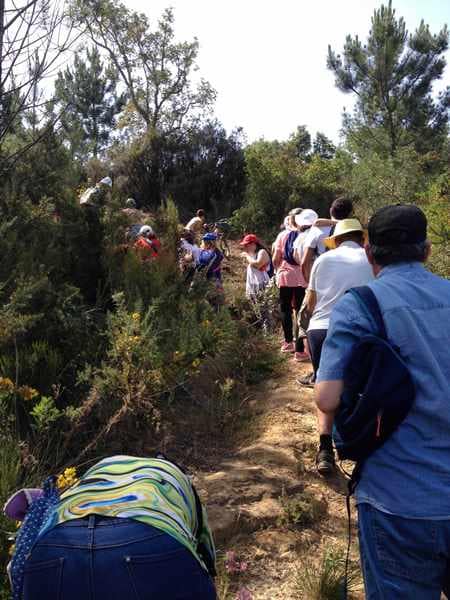 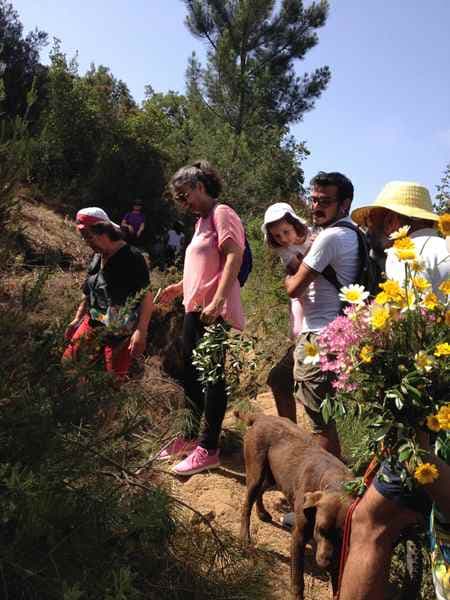 The boys ride ahead on bicycles to check out the roads. The small children take the hands of the adults, while the grandmothers are dragged along by the kids. After about an hour, everyone arrives at the destination, where the women all begin making the espiga bouquets at once and handing them out to everyone. 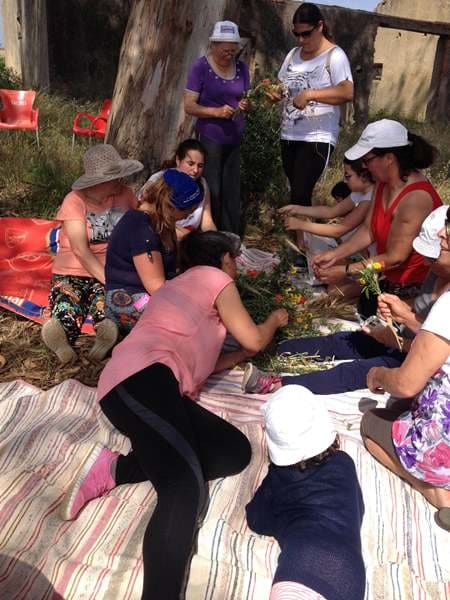 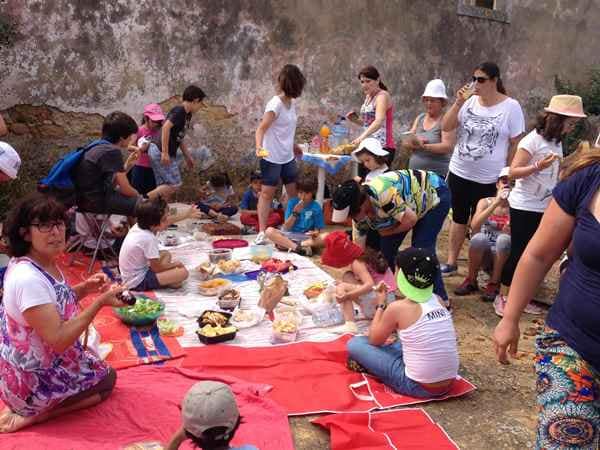 Afterwards, everyone had a picnic while the kids played and the adults chatted. We spent the entire day like this, and before we knew it, night had fallen. It was a long day, but it was so relaxing that everyone in the family returned home refreshed and invigorated.These days, people have begun selling espiga bouquets at flower shops and on the roadside—but I hope that the real Dia da Espiga traditions never die out. 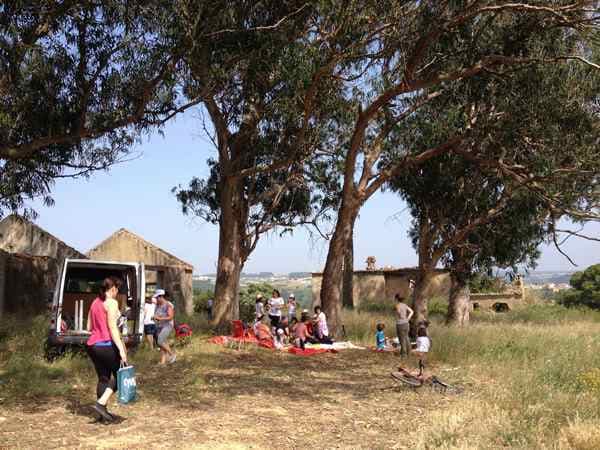 I’m a conservator and preservationist living in Portugal. I specialize primarily in paintings (murals) and gold leaf design, and am involved with UNESCO World Heritage structures as well as the interior of the Palace of Belém. I derive great satisfaction from having close ties to my community in the rural village near the Silver Coast where I live. My hobby is gardening.