Last year, thanks to my girlfriend whose family live there, I have visited for the first time the Shetland Islands, a Scottish archipelago that lies just north-east of the UK. This territory, where the nights are long during the winter and short in summer, shelters grandiose landscapes and singular encounters with unique animals. 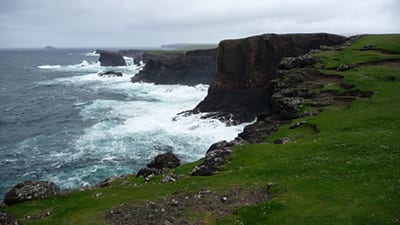 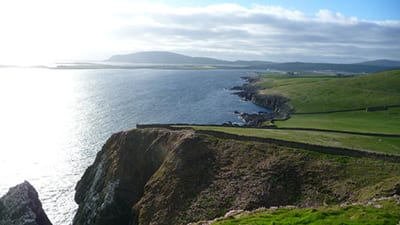 Men live in the islands since the Mesolithic era and the first written references date back to ancient Rome. History teaches us that during the High Middle Ages the islands were dominated by Scandinavian influences, especially from Norway, and these territories became part of Scotland in the 15th century. As Scotland became part of the Kingdom of Great Britain in 1700, trade with northern Europe declined, but fishing has continued to play a vital role in the economy to date. The discovery of oil in the North Sea has given a new boost to the economy around the 70’s. The local lifestyle reflects the Norse and Scottish heritage, including a strong musical tradition, especially the traditional style fiddle. The islands have generated a wide variety of writers of prose and poetry, many of which have used and still prefer to use the local dialect in their works.  Around the archipelago there are several areas where the fauna and flora are protected, including many bird breeding sites which have become regional parks. The Shetland pony and the Shetland sheepdog are two popular endemic breeds of the place and nature is simply gorgeous here. Lerwick, the small capital, is home to half of the inhabitants of the archipelago and the airport is found here. A single lane of traffic is just enough because there are more ponies and sheep than cars.  It is said that four hundred years of sheep would have destroyed all the trees. It's a fact: you notice that as soon as you land in Lerwick. There are no trees on the horizon, only grass. You feel like you are at the end of the world when you take the ferry to smaller islands in the archipelago where you are surrounded only by water, cliffs and colonies of seals resting on the rocks under the amused look of a few tourists like myself. Only upon returning to the village to have tea I went back to reality. I had almost forgotten that we were still in Great Britain! 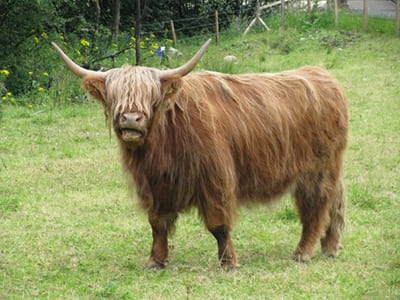 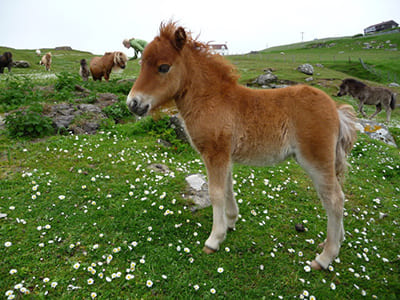 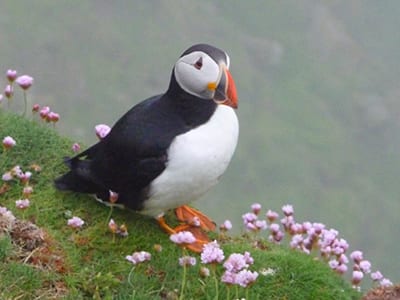 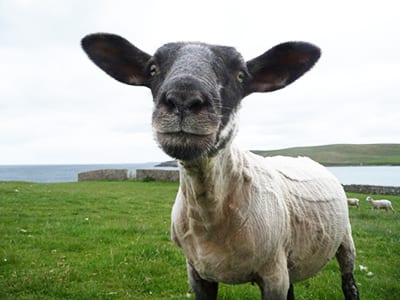 Many are the animals I have encountered during my trip and that I could talk about but I picked my favourite three: the Highland cow, the Shetland pony and the puffin. I cannot help but starting with the most emblematic animal we can see in Scotland who is often associated with this land: the Highland hairy cow. The Highland cow is characterized by long horns and a long reddish fur. This breed has no rival facing extreme climates and it is one of the largest cow breeds in the world with a weight of more than 1000 kilos. Although it doesn’t only live here I had to mention this great animal which is by far my favorite Scottish breed. During a recent census it was established that there are more ponies than people in the Shetland and everyone loves these little ones! The Shetland ponies are famous for their docile nature, as well as for their brave and often intrepid personality.  Since my girlfriend rides horses since she was little, she taught me that the height of ponies and horses is measured in hands (one hand is equal to about 10.16 cm). The measurement is taken from the hoofs to the cross, the part between the shoulder blades, which is the highest of the body. These ponies reach up to about 14.2 hands (or 144 cm) making these animals good rides for children who take up horseback riding for the first time. Puffins are just adorable birds that remind me of both penguins and toucans with their round black and white bodies and their curved bright orange bills. In the local language their name means “little friars” and they have always populated the island making its steep cliffs their home. They live off fishing and they are quite friendly and don’t fly away if you approach them as they are used to humans and not afraid of them because they were never hunted. The most famous product of the Shetland Islands is wool.  There is a large spinning mill on the island that is the only factory in the United Kingdom capable of producing a jumper or plaid from the sheep to the shop. It is possible to visit the workshops and see the wool spin from one end to another, crossing, turning and bathing in colour and admire the quick assembly until the final quality control which certifies “100% Shetland wool”.  I bought myself a jumper and it’s really cosy and warm! I can only recommend visiting these far away islands if you love nature and if you need some time off…from real life!