Why did I choose to move Scotland?For the bagpipes, the tartan, the castles and the kilts? Not quite. I would say I first chose to move here to find a better life and a better job but secondly for the attention this country gives to innovation, architecture and design. Indeed science, technology, architecture and design play an important role in most events and festivals held in Edinburgh and around Scotland and it’s probably the reason why I decided to remain here for so long, since I’m an engineer. The calendar of festivals and exhibitions in the city seems to get richer and richer every year and I attended quite a few events last year so I wish to share my experience with you. 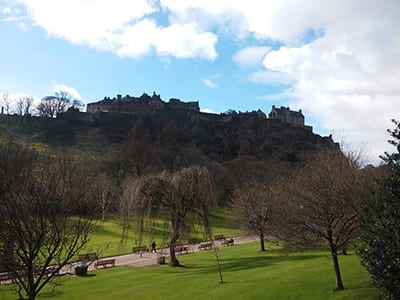 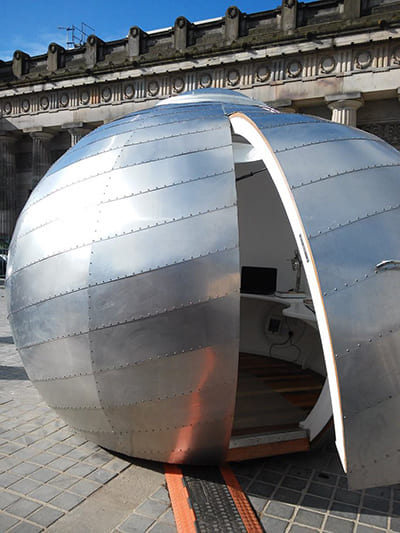 From the festival of lights to the international conference on cyber security I enjoyed every event I attended, many of which were completely free of charge.Interestingly enough, throughout history, many important scientific and technological discoveries have been done by Scottish natives from the discovery of penicillin to the invention of television, respectively by Mr. John Baird and Mr. Alexander Graham Bell. Scotland is also a large open-air museum of architecture and the cradle of design and craftsmanship. The beautiful Royal Botanic Garden is the place where to see the showcase of Mother Nature, the first inventor among them all. The botanical garden is already worth a visit for its plants but some of its displays are so unique and modern that they have won several international prizes for design and innovation.The 19th century Rock Garden is the first rock garden designed to accommodate alpine plants and it is hosting an ecosystem on its hill, equipped with ponds and waterfalls. Since botany has been a source of inspiration and ideas for design and engineering at the international level, an area in the garden has been dedicated to such fields, a sort of open-air museum. Unfortunately I don’t have any photos here but you can take my word for it: it’s worth visiting.At the very centre of the city you see the Edinburgh’s castle, located on an extinct volcano. It is the oldest building in town, dating back to the 9th century and, given its location on top of the hill, this castle dominates the city.Like all castles, this fortress was the centre of military activity in the city, and among all the ancient fortresses in the United Kingdom, this one can still boast of a permanent military garrison, although merely representative. It is the Scottish symbol of power and it attracts visitors with its ancient buildings and the wonderful views of the city. The castle hosts international exhibitions that can hold up to 15,000 visitors at a time: laboratories, workshops, performances, debates, all in the name of a common slogan “exploring how science, technology, engineering and design can help us build a better world”. My favourites are the lights exhibitions. They are a series of animated projections digitally displayed on the west front of the Edinburgh Castle.The light show can be seen very well from many places in town but the details of the displays and the soundtrack music are perceived much better from below, especially if you sit at one of the cafés in the city centre.I usually take water, a snack (the show is very long) and something to wear to stay warm and I watch it from the public gardens right under the castle.Almost everyone thinks that the Edinburgh Festival is held in August but this is far from the truth because there are 12 festivals that take place in our city throughout the year and the offer encompasses all arts and pleases all audiences.¬¬¬ This great cultural offer is distributed throughout the year and the festivals held during the month of August are just the biggest ones and the most popular ones, due to the presence of tourists during this high season (the weather is more favourable). It’s not by chance that Edinburgh got the appellation of “the city of festivals” and today it holds this reputation at a global level. 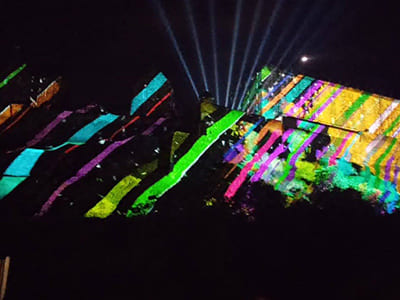 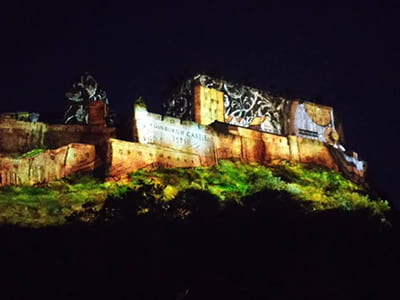 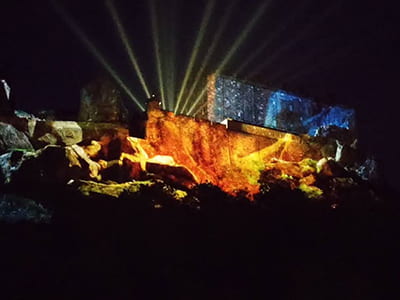 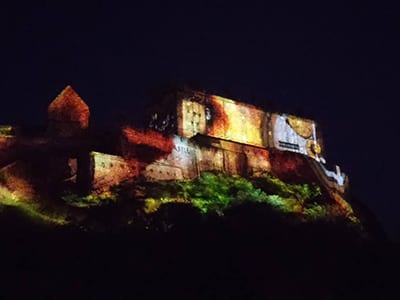 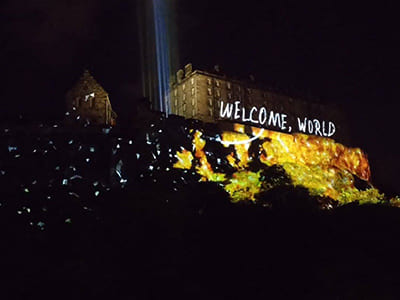 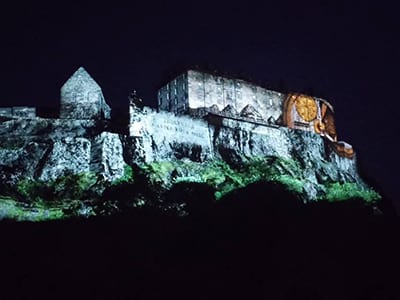 Deep in Time is another free event of the Edinburgh International Festival and it is an epic, outdoor, public artwork display, bringing together spectacular animation, lights and music. It digs deep into the 350 million years of Edinburgh’s history and each year a specially compiled soundtrack of contemporary Scottish music is produced by internationally acclaimed orchestras and composers.Deep in Time reimagines the ancient site from which the old city of Edinburgh sprang and its creators use the iconic Edinburgh Castle and its rock as the rugged canvas for spellbinding projections and illuminations inspired by the deep geological history of this unique location.I really enjoyed the harmonium project last year and I highly recommend people to attend the opening night of this event.On the first night they recreate some battle scenes and historical events by using actors and special effects such as fireworks, lasers and projections. The Edinburgh orchestra and the Scottish marching bands participate in the opening event and make it grand. It’s a fun event for both children and adults and it’s both entertaining and educational because I learnt a lot about Scottish history by attending the event since it’s made fun and extremely interesting for all. 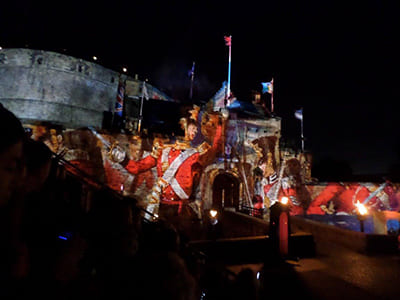 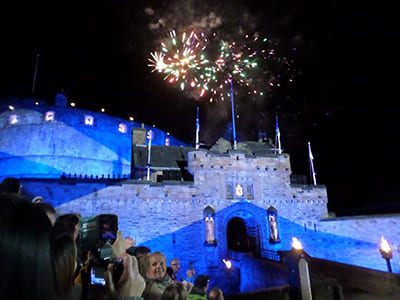 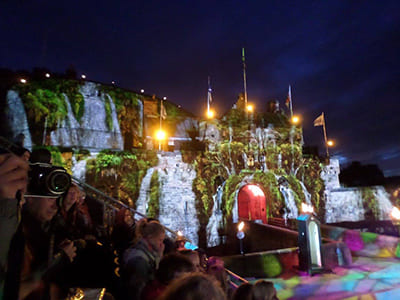 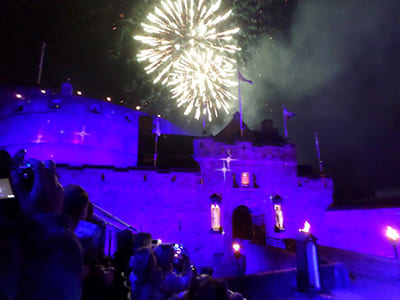