Scottish weddings are not like other weddings around the UK.There are specific traditions and customs involved in these rites and Scots also have superstitions regarding their wedding day.Speaking of superstitions, according to the Scots, the bride should start off her wedding day using her right foot when she steps out of the house to reach the place of the wedding ceremony otherwise her day will be cursed.A white ivy twig hidden in the bride’s bouquet is a widespread tradition in the Scottish countryside and, according to tradition, the mother of the bride is supposed to hide the twig when the daughter is not looking.In many parts of Scotland people practice the “wedding scramble” which requires the father of the bride to throw a handful of coins to children in front of the church when the newlyweds get in the car and are about to leave the church. This gesture is believed to bring wealth to the newly married couple (other than enriching the children participating in the collection of the coins!).Although a bit outdated, in the Dundee area it was traditional for the bride to do a ritual wash of her feet before the ceremony for good luck. The bride would sit on a stool while an older married woman washed and dried her feet. Only a few brave spouses accepted the original local tradition which even required the bride to sit in a tub full of water, while her legs were hanging out and got covered with fat, ash and soot. 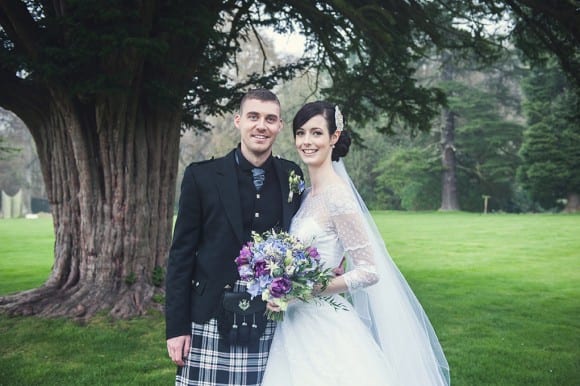 In all traditional Scottish weddings the groom wears the kilt and a tartan shawl while the bride usually wears a tartan shawl or scarf.It’s not uncommon for the best man and other male guests to also wear the kilt because it represents Scottish formal wear for men. 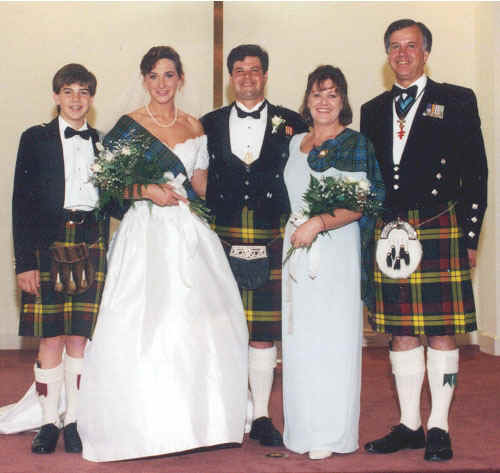 Wedding party with men in kilt
The wedding walk is the official march of the couple and the guests to the church. Preceded by a bagpiper or a violinist, the groom usually accompanies the maid of honour and the bride followed by his best man who walks behind them. After the ceremony, the bride and groom are supposed to leave the church, followed by the best man, who escorts the bridesmaid arm in arm.A traditional superstitious ritual required that the wedding procession crossed two rivers or a river twice for good luck.The “Penny Wedding” instead is the ideal solution for those who prefer to have a traditional wedding at a reasonable price. In such wedding guests bring their own food and drinks to the banquet, while the bride and the groom provide the wedding cake and the location for the reception.I think this idea is amazing, a sort of potluck wedding in which every guest celebrates the couple by sharing food with them.The Scottish Quaich or “Cup of love” is a special kind of two-handled silver cup that is filled with whiskey. Traditionally the bride takes the first sip from the cup before passing it to the entire wedding party.The reel is a typical traditional dance of the fishing communities in the northeast of Scotland. Every couple in the village and the wedding party participate in the dance and take their first steps from the port to cross the village on foot dancing on the music of a live band. Each couple leaves the group when they pass by their home, until there are only the bride and the groom left, who are granted the last dance. This tradition is like an event and it may only work in a small village indeed!The “Traditional Grand March” is often the first dance in a wedding reception and it starts with the bride and groom marching on the sound of bagpipes or a live orchestra. The couple opens the dance followed by the maid of honour and the best man dancing together, later followed by the parents of both the bride and the groom, and finally by all other guests. This custom is still common and I have seen it at all weddings I have attended in Scotland.Of course there is no wedding if there are no gifts!Traditionally the shirt worn by the groom on the day of the ceremony is a gift of the bride while the groom pays for the wedding dress so the man has always the worst deal!In the north-eastern regions of Scotland the best man traditionally gives the bride a tea set and the groom a watch as wedding gift.A “Luckenbooth” brooch is a pin for the woman to wear on the wedding day and it is a romantic token of love from the groom to his bride. Luckenbooths are usually made of silver and have engravings depicting two united hearts. 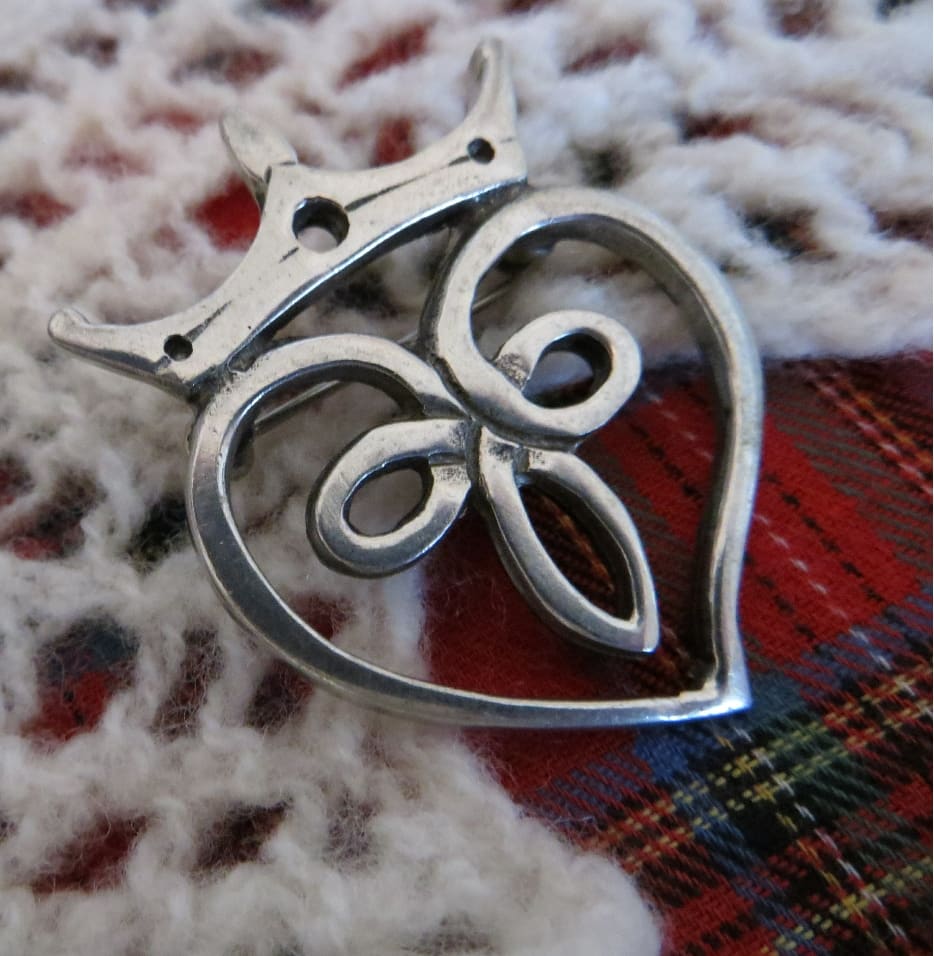