“Yesterday, today and foreverThe bagpipes commit to the winds of Heaven,The deepest emotions of the Scotsman’s heartIn joy and sorrow, in war and in peace.”(Lament for the great music by Hugh McDiarmid)The bagpipe and its sound are distinctive features of the Scottish identity. It is a bag-shaped wind instrument with a blowpipe and four musical cannons. Beyond the stereotyped images that identify Scotland, it is undeniable that this instrument, with its unmistakable sound and capable of evoking intense emotional reactions, is rich in history and culture particular of this region of the United Kingdom. Most people associate Scottish bagpipes with military parades and funerals or with important public functions but a closer look at the ‘bagpipe phenomenon’ will show you the greatness of the Scottish traditional music, the richest and most interesting of the Celtic music world. 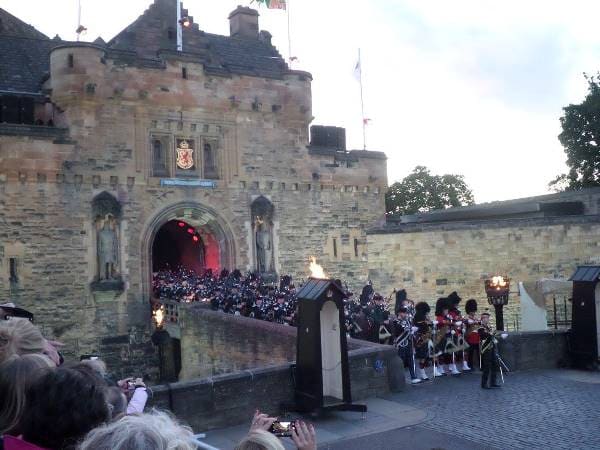 bagpipes are used for important celebrations throughout Scotland –
The bagpipes today are manly used during traditional games such as the Highland games, which are yearly activities where strong participants compete in various races and competitions. The bagpipes are often also played at wedding celebrations or other formal ceremonies but other than that it’s very rare to see a player (other than the occasional player for tourists).Many countries around the world actually have a musical tradition associated with bagpipes but it is only in the Scottish Highlands that this tradition has developed into forms comparable to classical music. It is now universally accepted that the bagpipes originated in Scotland, but they probably came from the Middle East and spread throughout Europe with traveling musicians, during the thirteenth centuries. The date of the arrival of the bagpipes to Scotland is uncertain, but according to some scholars this date can be fixed in the fifteenth century. 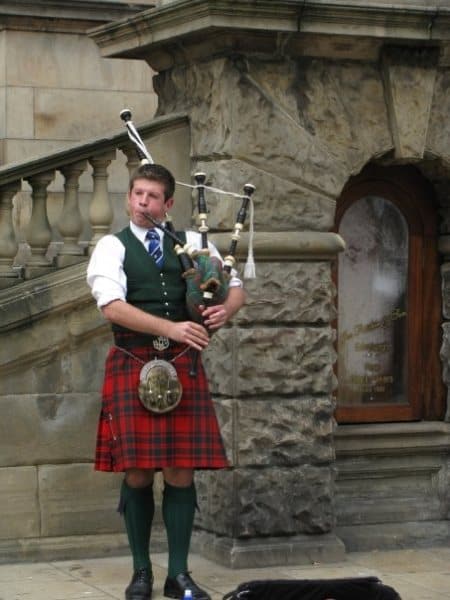 bagpiper on the street –
What is certain is that already in the sixteenth century the pipes had become an instrument of military use in Scotland. Until the arrival of this instrument, popular music in the Highlands was limited to some songs, accompanied by a drum or rudimentary wind instruments. The harp was the instrument of the nobles used only for grand occasions but its sound was too weak and limited its use only to closed environments. On the contrary, the mighty sound of the bagpipes could be heard even miles away in the Scottish valleys.Just like the use of the Celtic harp which was reserved to the clans, the art of the bagpipe playing was passed on from father to son. Only towards the 1700s the first piping colleges starting to exist: heads of clans sent their sons to study with experienced and competent masters. Some of these masters and their dynasties became particularly famous in Scotland and the most famous names were Mackay and McCrimmons. 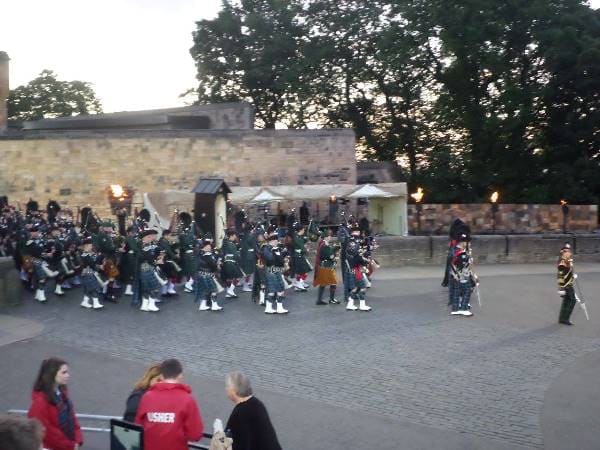 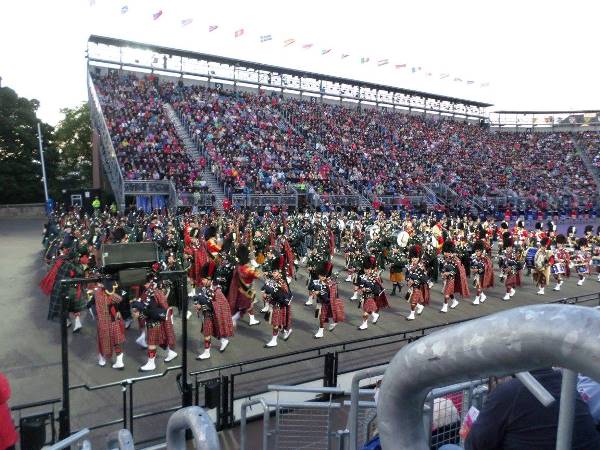 bagpipes band parading –
Following the great history of the Highlands and the capitulation of Scotland in front of the troops of the Kingdom of England, Scotland witnessed the downfall of the Highlands’ traditions (including that of the bagpipes). Poverty, overpopulation, exorbitant taxes and the hostility of the English Church were some of the reasons why many Scottish people decided to migrate to some parts of North America while many others went to enrol in the British army.The music of bagpipes has strong links with Gaelic culture. In general terms there are two types of music that are played with the bagpipe: Ceòl Mór and Ceòl Beag,which in Gaelic mean ‘big music’ and ‘small music’. Many museums and castles tell interesting stories about bagpipes in their collections, but if you really want to know more, the first place to visit is the National Bagpipe Centre in Glasgow. This centre, which explores more than 300 years of the history of the bagpipe, and where you can see the oldest Scottish bagpipe in the world, is an excellent place to learn more about this emblematic musical instrument and this is why school trips are organized here all the time.