In Brandenburg, located just one hour away by car from Berlin and surrounded by lush greenery and lakes, a horticultural show  called Bundesgartenschau is currently being held. For six months between April 11, 2015 and October 11, 2015, it offers enjoyable displays of spring, summer and autumn horticulture and gardening. Gardening in Germany has a history that goes back centuries, and it started out with private gardens that were occasionally opened to the public. Beginning with the international horticultural expo held in Erfurt in 1865,  after the war since 1951, the Bundesgartenschau (BUGA) has been held every two years, and the International Gartenbauausstellung (IGA) has been held every ten years, in various regions throughout Germany. 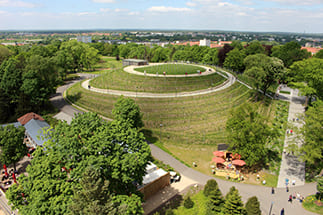 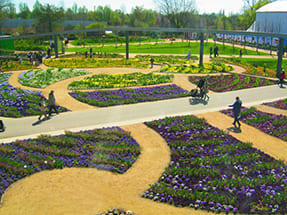 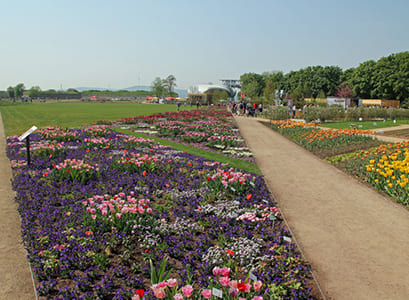 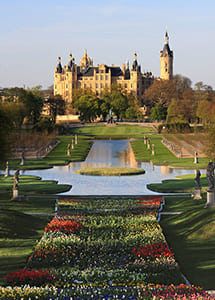 Top left・Brandenburg 2015、Top right・Hamburg IGA 2013、Lower left・Koblenz 2011、Lower right・Schwerin 2009 During the four-day period of August 27 to 31, an Ikebana exhibit was held by the Ikebana Bundesverband (German Ikebana Association) at the St. Johannes Church located in the main venue of the horticultural show and I also had the opportunity to participate. Many veterans who have been active in the field of Ikebana for thirty to fifty years gathered and exhibited various schools of Ikebana including Ikenobo, Sogetsu and Ohara. On Saturday in a pleasant weather, about 4,700 people visited and about 15,000 for the four day total. 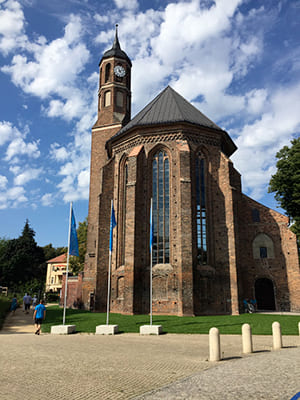 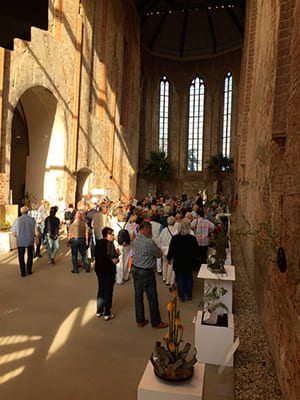 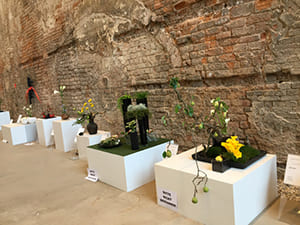 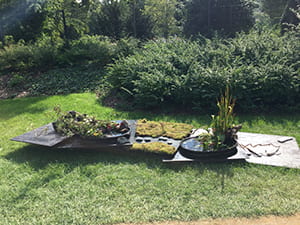 The Koryu Toyokai, to which I belong, participated for the second time since the Hamburg IGA two years ago and presented the “Seika” and “Suibokuka Temae.” “Seika” represents the universe with “heaven”, “human” and “earth”. “Heaven” represents something which guides others or creates, “earth” represents something which fosters all beings and “human” represents something which maintains harmony. “Suibokuka Temae” is a way of flower arrangement based on the concept of sumi-e (ink-wash) painting on a white paperboard, bringing out to life the natural state of plants while expressing the beauty of harmony with the three aspects of “heaven”, “human” and “earth” as its essence.  After arranging flowers and reading out Japanese traditional poetries, in “Suibokuka Temae ”, we formally cleanse the place at the end like in a tea-ceremony, to express appreciation towards the plants and tools as well as compassion for the next user of the tools. I feel privileged and honored to have a share in this Japanese cultural activity for the promotion of Ikebana, a fundamental part of Japanese spiritual culture, in Germany especially among the younger generation as well as for the improvement of friendship between Japan and Germany. 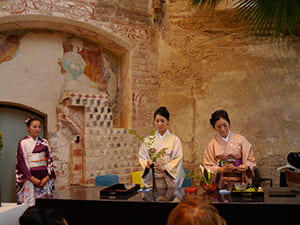 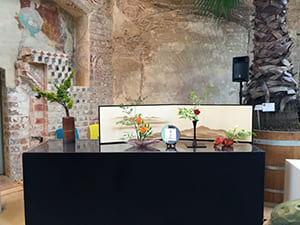 This year’s BUGA in Brandenburg is held amidst the vast nature surrounded by lakes. The venue includes five locations, and is so big that the distance between the furthest points of the locations extends to 80 km. 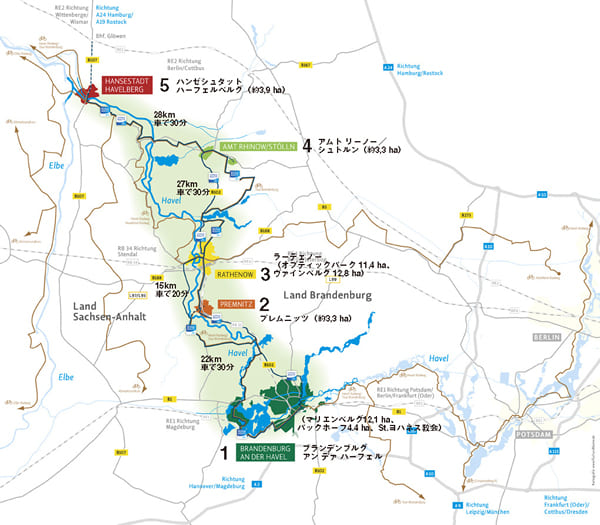 It’s difficult to see everything of the show in a single day, since the locations are not concentrated in one place, but you can rent bicycles on the site. While being surprised at this German way of taking time to enjoy a relaxing bicycle ride in the nature, I was able to experience a wonderful horticultural show packed with visitors who came to enjoy the end of summer vacation. 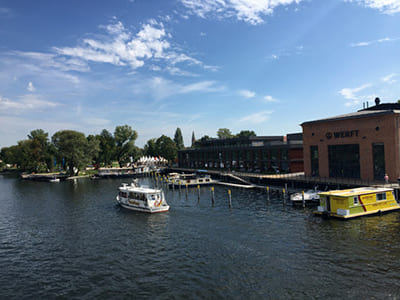