The festival of Easter – which has recently gained popularity even in my homeland of Japan – is called “Ostern” in German. It’s a highly important festival, as in the Christian religion it marks the miracle of the resurrection of Jesus Christ three days after his crucifixion. As Easter approaches, so too does the long-awaited spring. 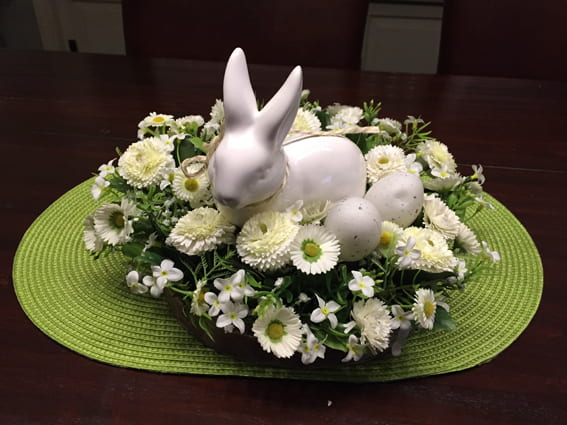 Easter is what’s known as a “movable feast” or “movable holiday.” It falls on the first Sunday after the first full moon following the Spring Equinox (the date on which the hours of night and day are equal – around March 21st). This means Easter can take place anytime between the end of March and the end of April, depending on the year. It is also the point after which the days gradually grow longer and longer.  But why all the eggs and the rabbits?

Every egg shelters “new life.” When an egg is cracked open or “dies,” a chick is hatched. The egg produces a chicken, which produces another egg and so on. Such is the eternal sequence that keep life going. Easter eggs are daubed in all kinds of colors. These chromatic colors express both our pleasures and the shouts of joy which accompany new life. Easter’s main event sees children hunt for eggs hidden in the garden – or perhaps elsewhere. It is called: “The Easter Egg Hunt.” It seems that searching for an egg implies searching for “the meaning of life,” “resurrection” and “rebirth.” 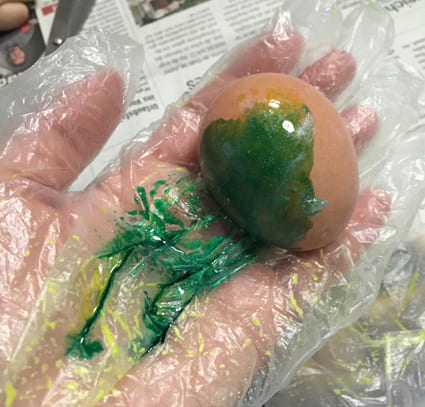 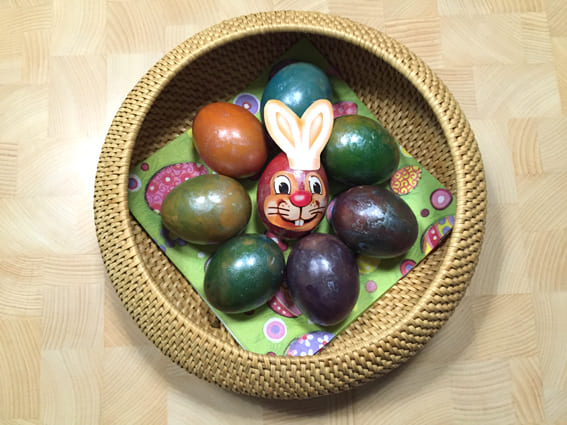 Rabbits breed many offspring and are therefore emblems of a fertile existence. A popular motif in German fairy tales is the character of Meister Lampe (Mr. Hare), who acts as an errand runner for spring and hides eggs all over the grass fields. 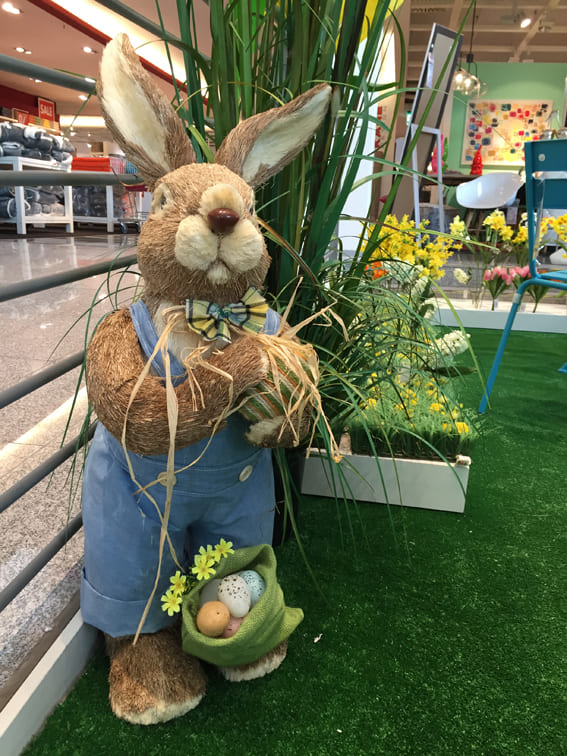 Until the day before Easter, I spent time preparing and cleaning up the lawn that I was unable to maintain over the cold, winter period. I also planted a diverse array of new flowers. I could thus feel the coming of spring in a fresh frame of mind. It is during this season that the daffodils can grow to around 40cm in height! And as the inner part of their petal takes the shape of a bell (or “glocke” in German), they are affectionately known as Osterglocke or Osterglöckchen.

Just before the holiday, my daughter brought home from kindergarten a bowl buried in some grass which had been cultivated for about three weeks. She was instructed to place both a red egg and a rabbit inside this bowl on Easter Sunday morning. The red egg symbolizes “the color of blood,” “power” and “resurrection,” and thus seems to evoke the resurrection of Jesus Christ. It might seem a bit too vivid for a mere child, but nevertheless at a young age, my daughter developed a real interest in learning the meaning of red through actually feeling and touching things .  Despite that, the religious aspect of German Easter is waning. In Germany, we give osternhase – bread or chocolate shaped like a rabbit – to friends, family and children as presents. We also have a lot of fun with all manner of cute decorations! 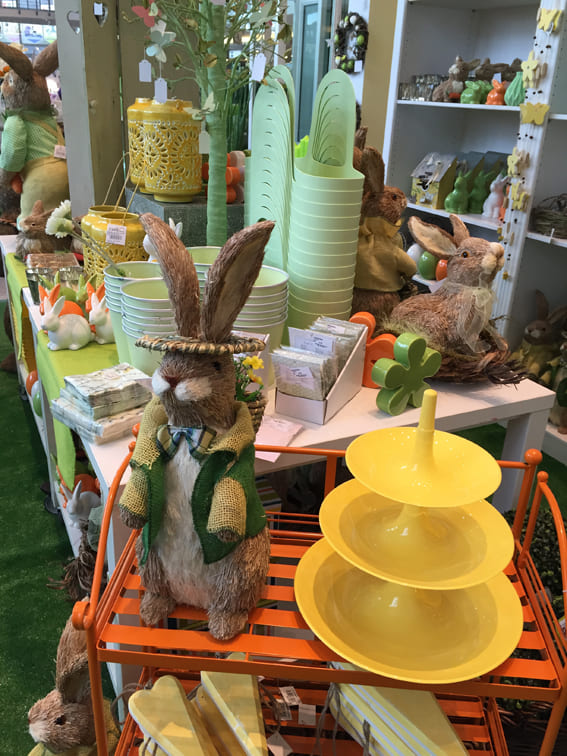 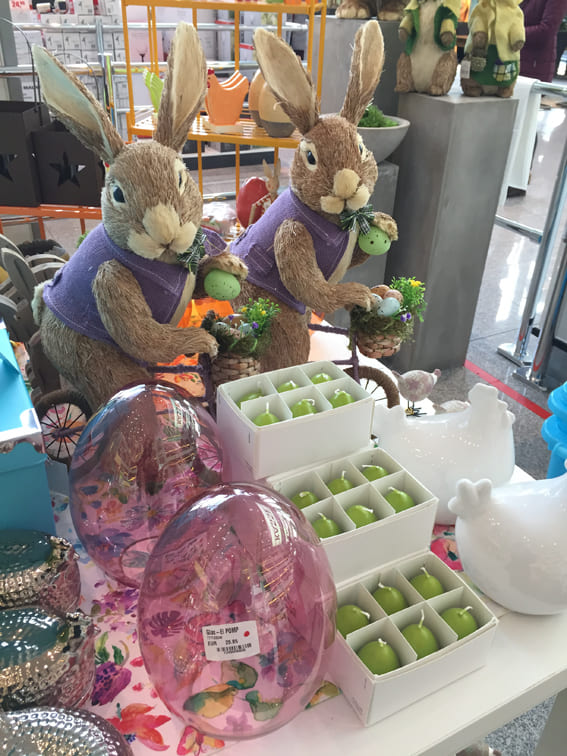 Furthermore, we also eat circular-shaped bread known as osternfladen, along with the foods we gave up for the six weeks of Lent (and can start eating again on Easter Sunday): meat, dairy products and eggs. Thus, Easter Sunday sees us sit around a table with gorgeous meat dishes and enjoy a lively Easter celebration!