Chanterelle, which binominal name is Cantharellus cibarius, is picked from summer to autumn and called “Pfifferling” in German, which is an autumnal delicacy. The head of the mushroom is funnel-shaped like an inverted triangle, smells like an apricot and tastes sour yet delicious. Compared to large-sized and watery ones that are mass-produced, small-sized ones have good texture and condensed flavor. Among them, those naturally picked in mountains are quite valuable. It would be better to gently wipe off its dirt with wet towels, instead of washing with water so that its flavor will not be lost. Most chanterelles distributed in Germany come from East Europe like Poland, Russia and Baltic countries. Among them, those picked in Bavaria, Austria and Switzerland are called “genuine chanterelle” or “Echter Pfifferling” in German, and its shape looks a little different. I suppose it is similar to a natural matsutake mushroom in Japan, which is also regarded as a special mushroom. 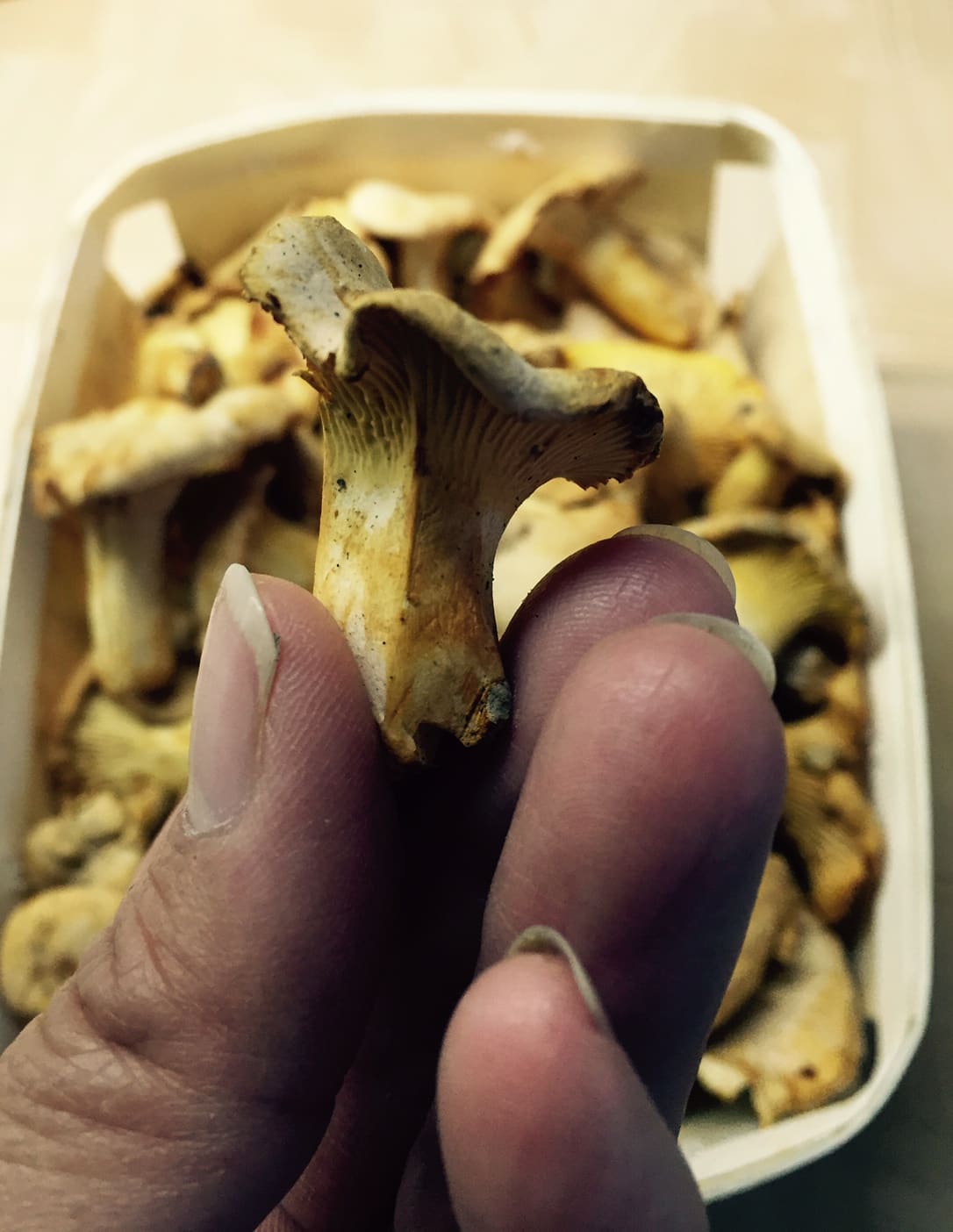 Now, let me introduce a pasta recipe with a good combination of cream and bacon. 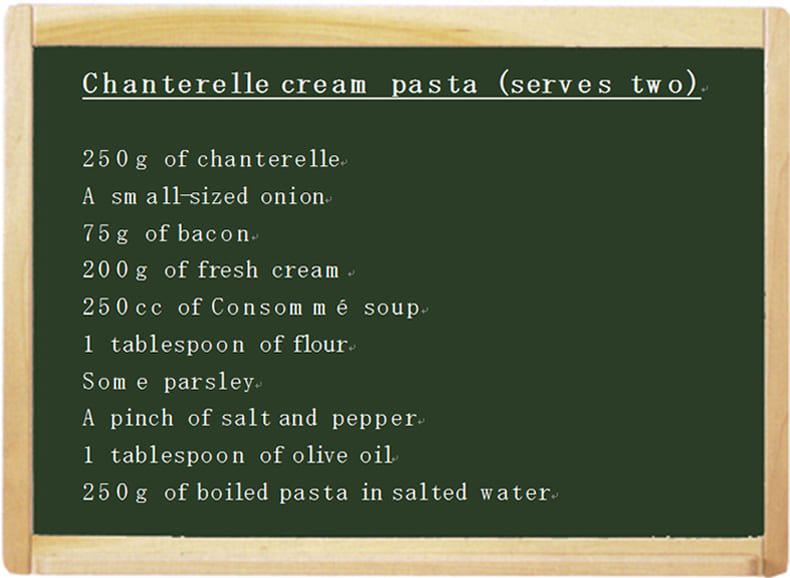 The creamy sauce can be used as a delicious topping for steaks, pork, chicken or veal. It also goes well with Semmelknödel (bread dumplings in German) as an à la carte dish, which is irresistible. For me, it is difficult to make up my mind at restaurants during this season. But one thing to note – beware of eating too much as they are hard to digest. 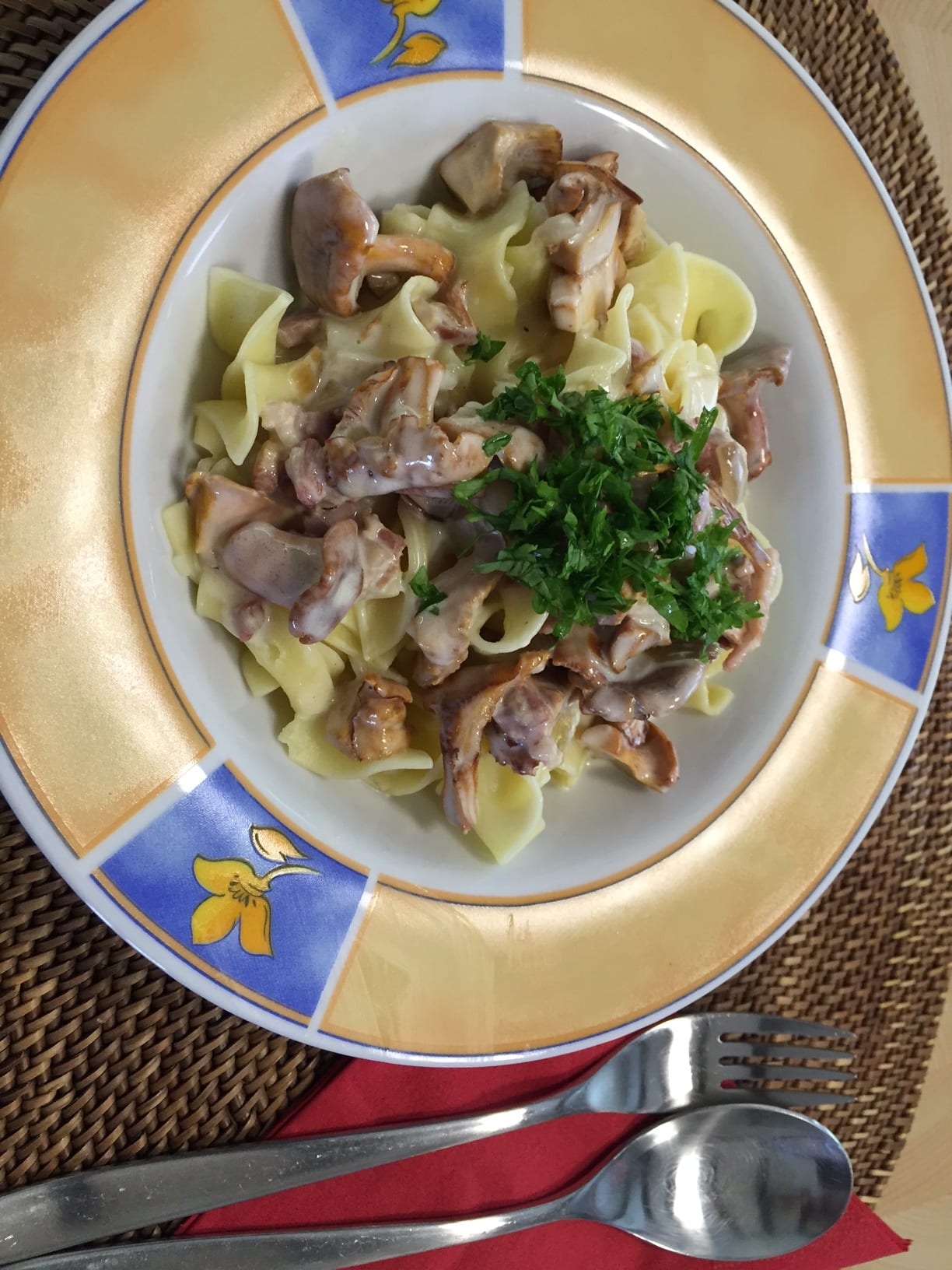