Since moving to Germany, I sometimes find myself getting excited when winter comes. Germany has the same cold winters as Japan and four distinct seasons. The cold winters help the cherry, plum, and other trees grow (warm, tropical countries are full of large and unusual flowers and leaves, but have few trees with branches), and the branches that are hard to find in autumn all start appearing in the flower shops when winter arrives. It’s exciting deciding which of them to arrange. 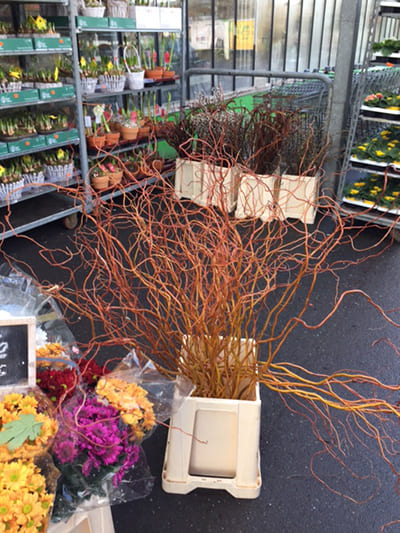 Unryu-yanagi is a wild, spindly willow branch that—true to its name—reminds me of a dragon rising into the clouds (in Japanese, it is written using the characters for “cloud” and “dragon”). Unryu-yanagi can take up a lot of space, so it’s a perfect element to use when you want to create a large, dignified arrangement. 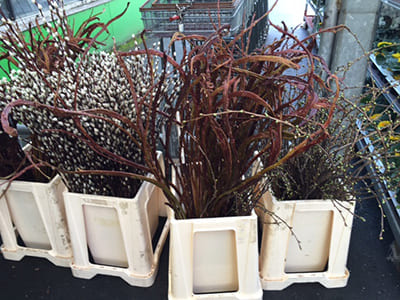 I was delighted to find cherry blossom branches, the signature flower of Japan, which you can see on the right side of the photo. Nature never creates the same branch twice, and the way the branches are pruned changes their look as well. I wait eagerly for the blossoms to open, wondering which branch will be the star of the show and which ones will play supporting roles. Being Japanese, it feels like the height of luxury to be able to admire the cherry blossoms in my own room. Each of the sekka-yanagi willow branches you see in the center of the photo is completely unique, and it’s fun to think about how they might transform the look of a space as I see the movement in their forms. It’s something that energizes my life here in Germany. The more complex the elements are, the greater the satisfaction in coming up with a skillful arrangement.On the left side of the photo are the white buds of the pussy willow, as soft and fluffy as cat’s fur. Arranging several of the season’s flowers at various heights can create such a charming look. 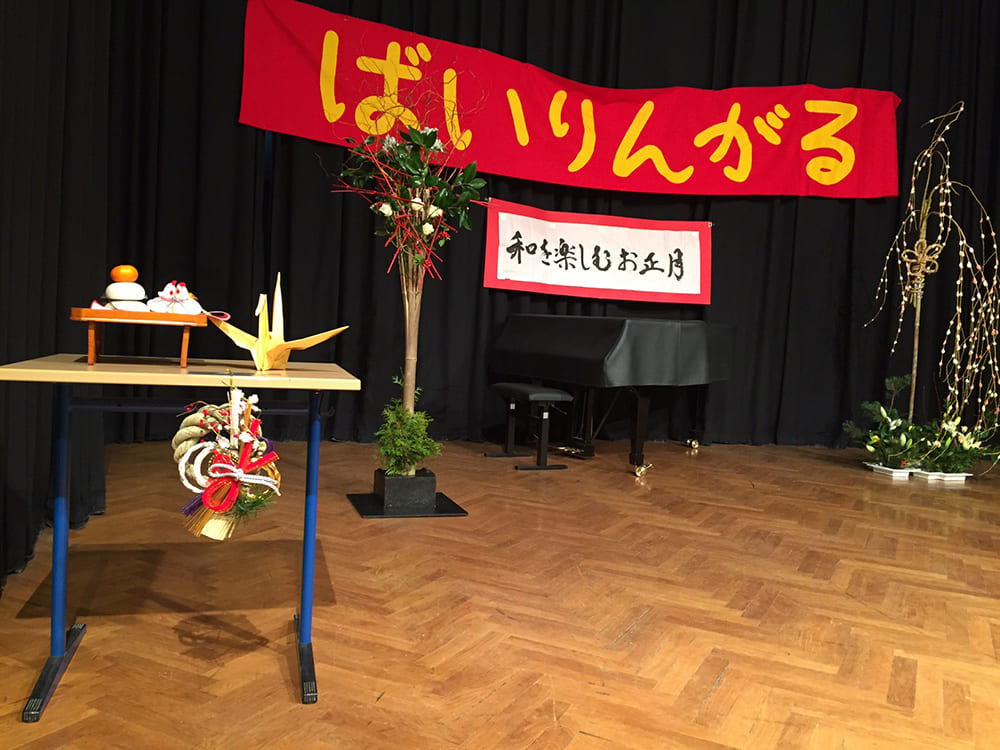 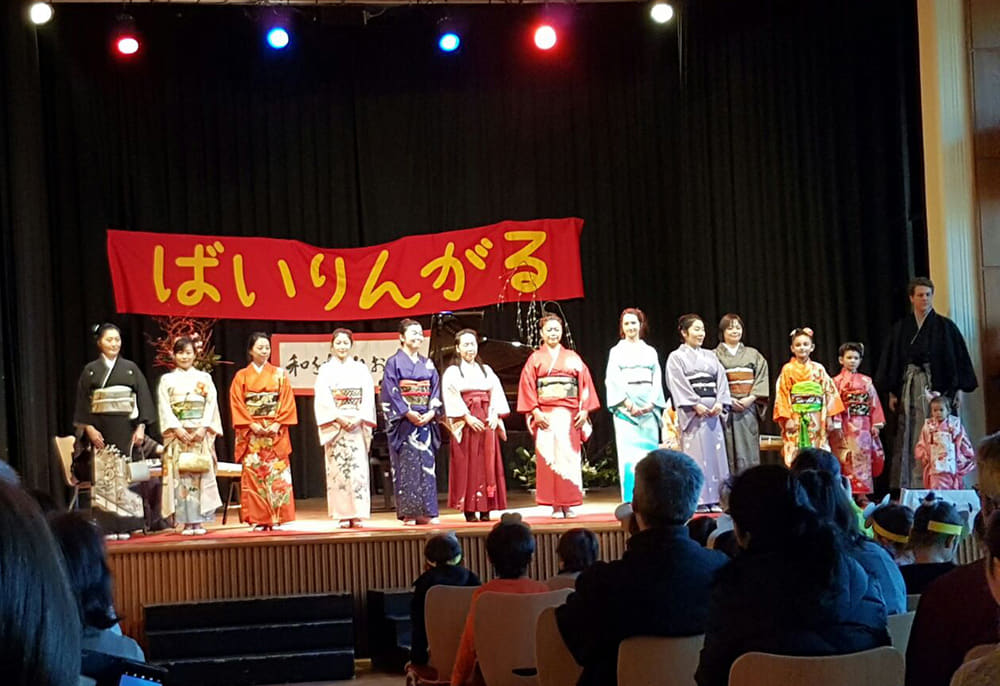 On January 21, 2017, as part of a culture club, I had the opportunity to get involved in the set decoration for a Japanese New Year party at a bilingual supplementary school. The school is for Japanese children living in the Dusseldorf area who want to study Japanese as their second foreign language. The set served as a gorgeous stage for programs put on by the children as well as a kimono show and koto performance. This was followed by a buffet meal featuring Japanese dishes like ozoni soup and curry rice. The children participated in a stamp rally (featuring the koto, ornamental hagoita paddles, calligraphy, manga, karuta card games, a fukuwarai game, toy-making, and more). Everyone got to enjoy a full Japanese New Year experience in Germany.Since moving abroad, I have truly realized how wonderful it is to foster cultural exchanges between Japan and Germany by showcasing Japan’s cultural traditions. The stirring sounds of the koto moved the emotions of the crowd, while the lovely flowers of the ikebana arrangements spoke of the four seasons. Kimono expressed the beauty and grace of the human form, and the flavors of Japanese cuisine were deeply satisfying. I sincerely hope that the Japanese children living in Germany are able to discover their identity as Japanese and that memories of these times hold a treasured place in their hearts for years to come.In a world gripped by fear from religious terrorist attacks, lately I have been feeling even more strongly the desire to spread joy to others through Japanese culture, promoting world peace in a way that has nothing to do with faith or creed. Although red poinsettias and amaryllis are extremely popular in Germany around Christmastime, one of my favorite flowers is the dainty winter rose that will bloom in gardens even during the cold winter, beaming at us with its glorious smile while we wait for spring to arrive. 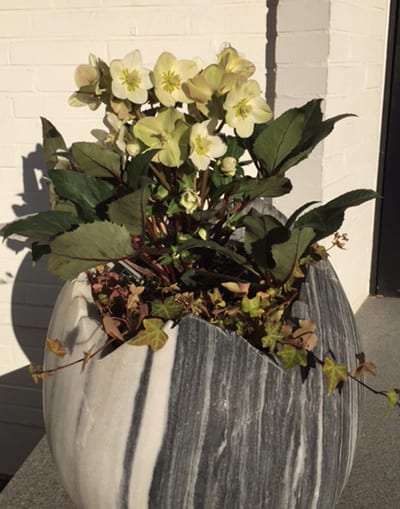