The best-selling local newspaper in Düsseldorf is the Rheinische Post, and the Düsseldorf area is referred to as the Niederrhein. I was curious as to where the word rheinische came from, so I decided to do some research. That led me to the Rhine River, which is the topic of this blog post.To start with some basic facts, the Rhine River is a total of 1,233 kilometers long and flows through Switzerland, France, the western part of Germany, and Holland. It runs northward and empties into the North Sea (or Nordsee, in German). It flows across some 700 kilometers in Germany, inspiring the Germans to affectionately dub it “Father River.” Rhine Gorge, designated as a UNESCO World Heritage Site, is along the way, and people love to go down the river to enjoy the views of medieval castles, beautiful townscapes, and vineyards on its banks.The area around of Strasbourg, also located along the Rhine, is in French territory—so the Germans collectively refer to the area starting north of Karlsruhe, mainly Mittelrhein (the middle area) and Niederrhein (the downstream area) as the Rheinland.The Rheinland is located in the western part of Germany, and has some geographic advantages in that the surrounding area is rich in underground resources and the Rhine allows for a flow of goods through the area. These advantages eventually led the area to develop into one of the country’s industrial districts. Cities have been built here since the days of the ancient Roman Empire, making it the site of the oldest flourishing civilization in Germany. (Major cities)Karlsruhe, Mannheim, Mainz, Wiesbaden, Koblenz,Trier, Bonn, Aachen, Cologne, Düsseldorf 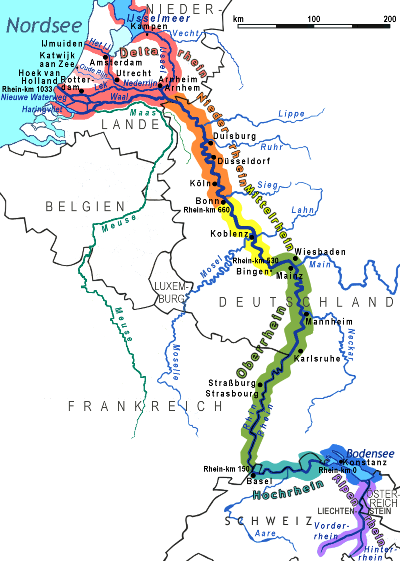 Now let’s look at some of the popular dishes from the region.● Rheinischer Sauerbraten (vinegar stewed beef)Chunks of meat are marinated in vinegar for several days and then cooked into a stew. 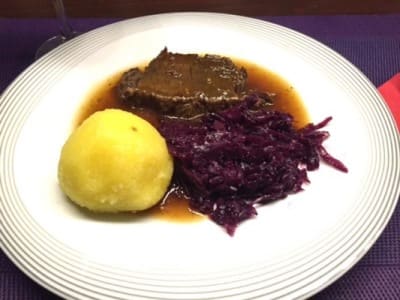 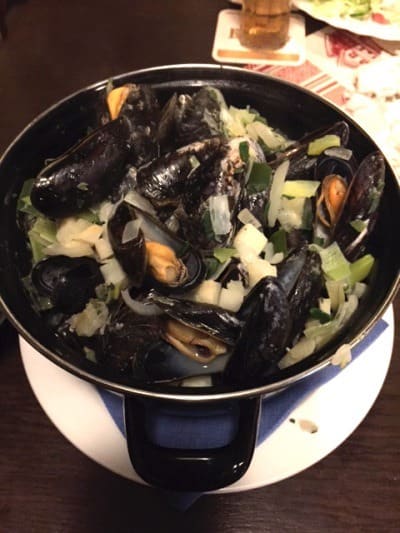 ● Rheinische Muscheln (steamed mussels)Mussels can be obtained cheaply in the part of Germany that lies close to Holland. A single two-kilogram serving can be bought in the supermarket for just three euros, and in a restaurant for a reasonable ten or fifteen euros. They say that the season for mussels includes months that end in “er” or “ar”—meaning September through February (in German, September, Oktober, November, Dezember, Januar, and Februar) ● Rheinische MuuzenThis is a snack eaten during carnival season. It is known for its fluffy batter made with a touch of rum. 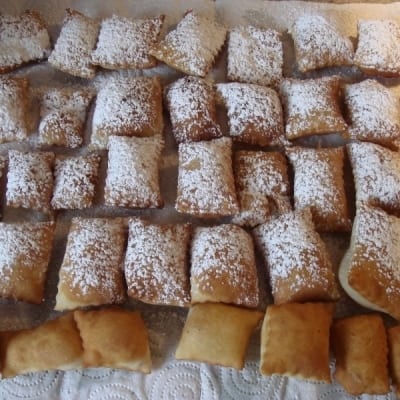 Other famous dishes include potato soup and grünkohl made with mettwurst.Once I learned that the word rheinische came from Rheinland (the banks of the Rhine River), I finally understood all kinds of things about the customs and food culture of this area.