Unlike Japan, Germany’s department stores and shops close on Sundays and holidays, which unfortunately makes the cities quite dull on those days. But because the Dusseldorf suburbs are close to the Dutch border, it’s not uncommon for Germans to head over to the Netherlands on the weekends. There’s a giant outlet mall in Roermond that is open from 10:00 AM to 8 PM 363 days a year—every day except Christmas Eve, Christmas Day, and New Year’s Day. Meanwhile, Venlo has a discount grocery store called Die 2 Brüder von Venlo that is really convenient when you want to stock up on a lot of things at once. This past weekend, I went to a garden center called Daniël in Vlodrop, which is close to the German-Dutch border. Germany also has some big garden centers, but the Netherlands is famous for its tulips, and you can buy flowers cheaply there. They had piles of bulbs available for gladiolus and other summer flowers. (The price was unbelievably cheap—100 gladiolus bulbs for just 12.99 euros—about ¥1500 yen!) 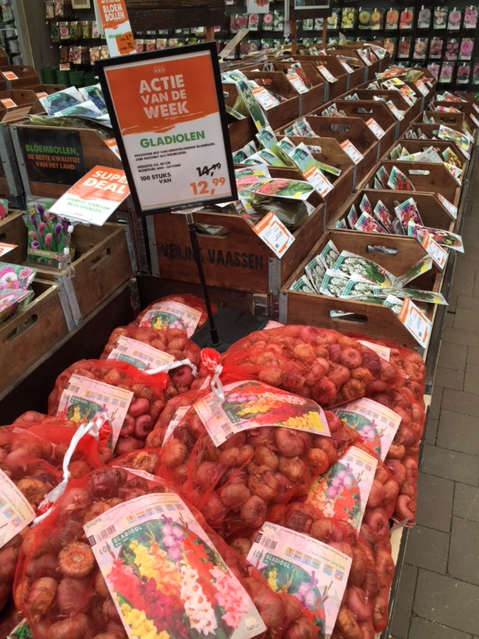 The garden center also has an extensive selection of interior goods, particularly seasonally inspired artificial flowers that are ingeniously crafted to look like they’re real. Candles are also beautifully sorted into sizes, shapes, and colors. 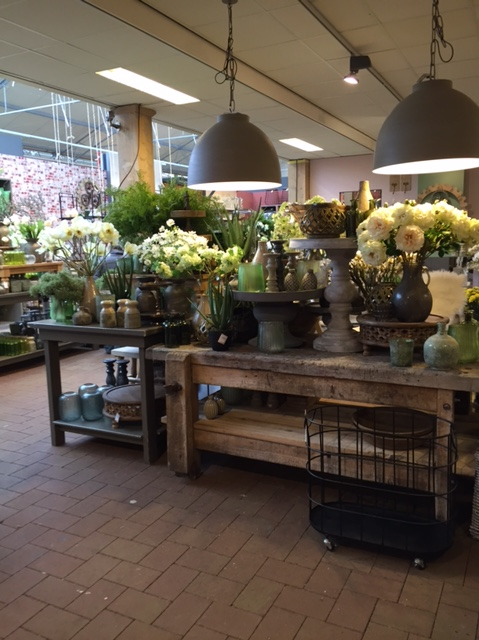 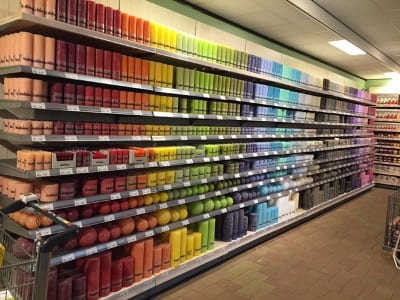 Being in the Netherlands gives you a sense of freedom, since the laws are relatively relaxed compared to Germany. For example, you can buy huge koi like these—not just little tropical fish. (As you’d expect, Japanese koi are very expensive, so these fish come from Israel—just 250 euros for three of them. Can you believe it?) I was also amazed to see the vast selection of lighting products, which have all-important waterproofing features so that they can be used in gardens or ponds. It’s a great idea to add the bubbling sound of water to your environment with circulating fountains made of marble or other materials. 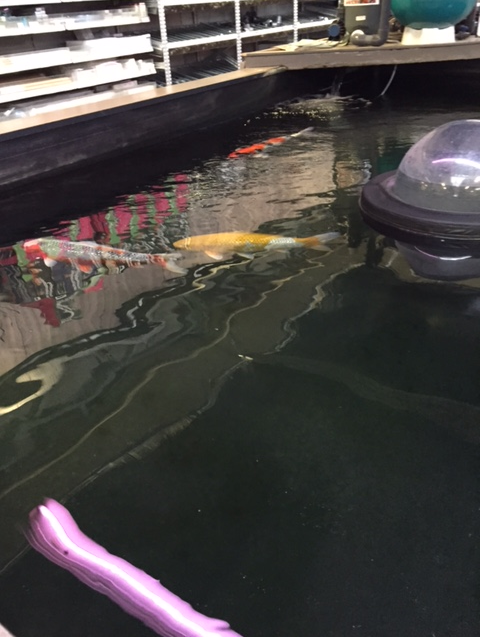 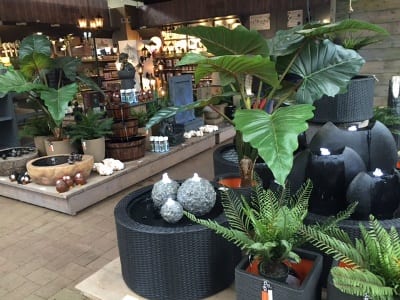 In the pet section you can buy hamsters, guinea pigs, rabbits, and other small animals. A cute little rabbit is reasonably priced at 25 or 30 euros, and though I was almost overcome by my impulse to get one, I was able to hold myself back by thinking about the responsibility it would entail when going on long trips. Naturally, this part of the store was full of children who wanted to keep the cute animals as pets… 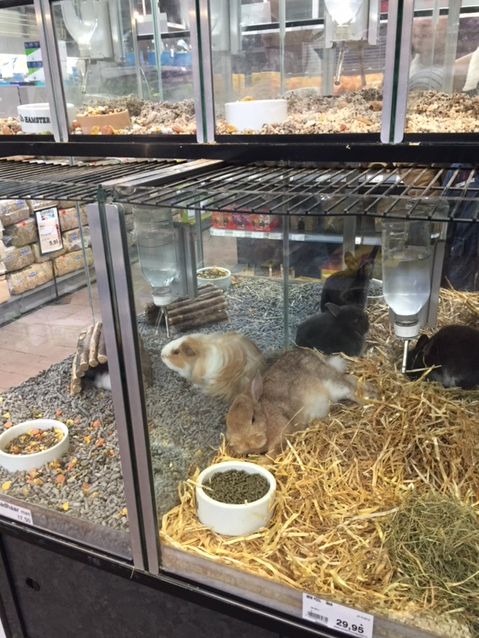 The most impressive part of this shopping trip, though, was the smell of the ScentChips. You select the colors you like and put the wax chips in a special device, which heats them from below with a candle. You can mix and match them to create a unique scent that is all your own.I was totally taken by the idea, and started picking up several of them to see how they smelled. There were subtle gradations in each basic color category (red, blue, green, yellow), though, and when it came to mixing them I lost my resolve and had difficulty imagining the final product. Eventually I had to give up on the idea. It may seem generous of them to offer nearly 90 different scents for people to select from, but for someone who isn’t cut-and-dried about their color preferences, it’s actually quite a difficult choice to make.An acquaintance of mine has her signature colors (lilac and gray), and has decorated her entire house in them. Someone that particular about their design preferences would probably find it fun and easy to pick out candles and scent chips from that many options. It sure would be nice to be able to make color decisions! 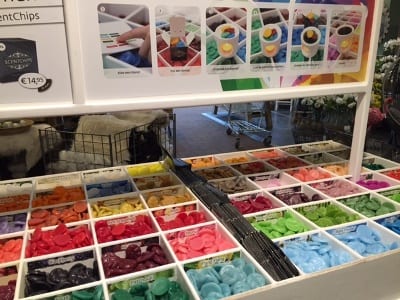 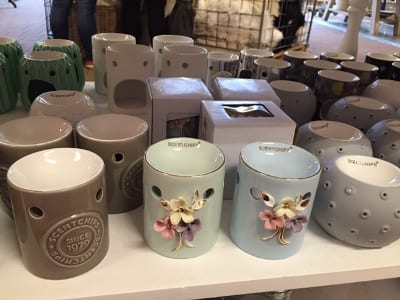 All the grills, garden furniture, and parasols on display made me long for grilling season. 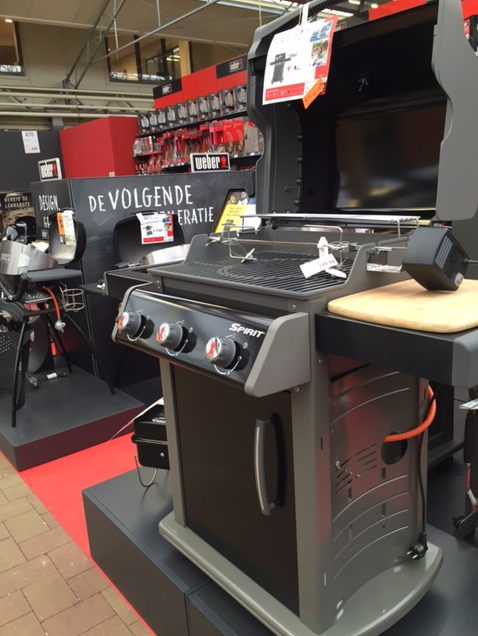 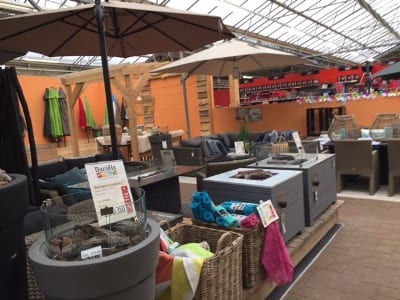 The nearby restaurants are also very good, so I’m definitely looking forward to coming back for a little weekend shopping trip sometime in the future.