May in eco-friendly Germany is when fresh green shoots appear on the trees, and many head off on a cycling trip with a flutter in the heart. Cycling deeply soothes the heart and mind as you roll along amid the twittering of birds, the perfume of flowers, feeling nature’s beneficence directly with your body. Everyday cyclists might travel 15 to 20 km and veterans 40 to 50 km, while sport cyclists could easily travel 100 to 150 km, making for some quite intense activity. 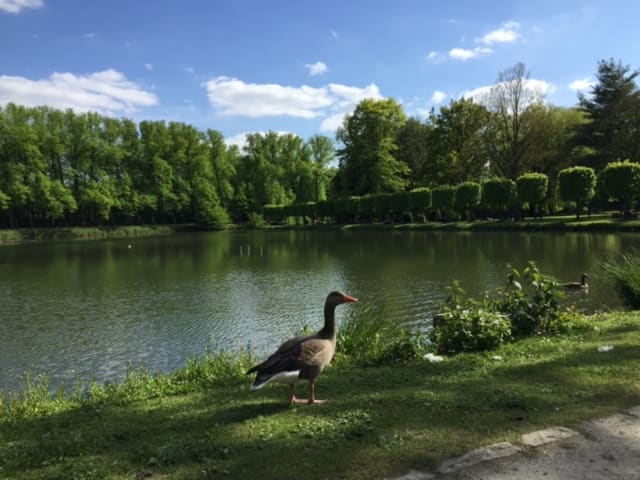 Germany and Austria have very good infrastructure for cyclists, with dedicated cycling lanes, or Radweg, everywhere you look. But bicycles are deemed to be a type of vehicle, so you have to know the traffic rules. For example, if there is no Radweg, you are travelling along the right side of an ordinary road, and you want to turn left, you have to stretch out your left arm and move over to the center of the road. Having to move your bicycle to the center of the road as you suddenly stick your arm straight out to the side, so it’s with your body that you have to convey to drivers that you want to turn left, to avoid an accident. Germany therefore has Fahrradschule (cycling training centers) where people who need a bit more confidence on their bicycles can learn the ins and outs of the traffic rules and traffic signage, gaining the knowledge and skills to ride their bicycles safely. 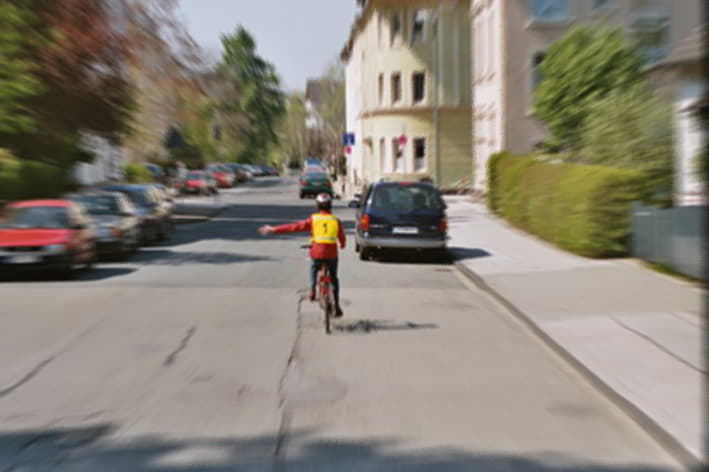 Until about 10 years ago, cyclists were prohibited from riding on the sidewalk. But recently children up to the age of 8 were permitted to ride on the sidewalk because of the danger to small children from riding on ordinary roadways. Parents can also be comforted by being allowed to ride together with their small children on the sidewalk, however, if a bicycle and a pedestrian collide, no matter what the reason, the cyclist bears all responsibility, so their cycling must be very tight.You also need to be careful about drinking and riding. If your blood alcohol concentration is 1.6 per mill or more, the fine is one month’s pay, and 4 points are also deducted from your driver license (you have 8 points in total), even though you are riding your bicycle, so the penalties are quite severe. It is wise not to ride your bicycle if you have had any alcohol.There is also a 25-euro fine for riding one-handed and talking on your cell phone. Ignoring traffic signals is a 45- to 120-euro fine. If you go through a red light one second or more after it has changed to red, the fine is 100 to 180 euros. Riding on the roads without knowing the traffic rules is a no-no.All the same, bicycles are a necessary item for shopping, going to and from kindergarten, and going for outings and family trips, so I often see trailers called Fahrradanhänger (“Fahrrad” means bicycle, and “anhänger” means trailer) owned by families with small children. Small children and dogs can ride in these trailers, and their excellent functionality and designer style, which Germans love so much, make them an economical and sensible form of transport. 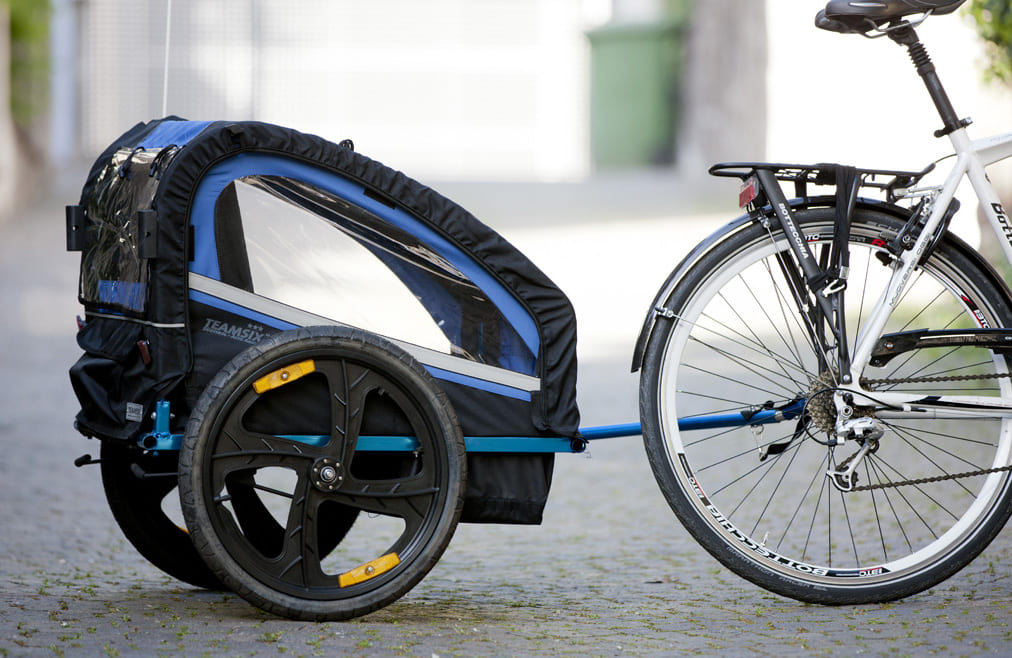 Public transport authorities in Germany permit bicycles to be carried, for a fee, on short trips, and they are also permitted on long-distance trips in the EU, so there are plenty of travellers who take their bicycles with them. Recently started up is a convenient service called Call a Bike, which offers rental bicycles at your destination. Once you register as a member online (3-euro annual membership) you can rent up to 2 bicycles in a number of cities, 30 minutes costing 1 euro while 15 euros get you 1 day, the maximum, which makes it easier to really enjoy your cycling trip.Cycling on ordinary roads carries the risk of meeting with an unpleasant accident, but I would really want to be very careful to avoid injury. First, I would try exploring a nearby park or castle, going for a brisk ride amid some refreshing greenery. 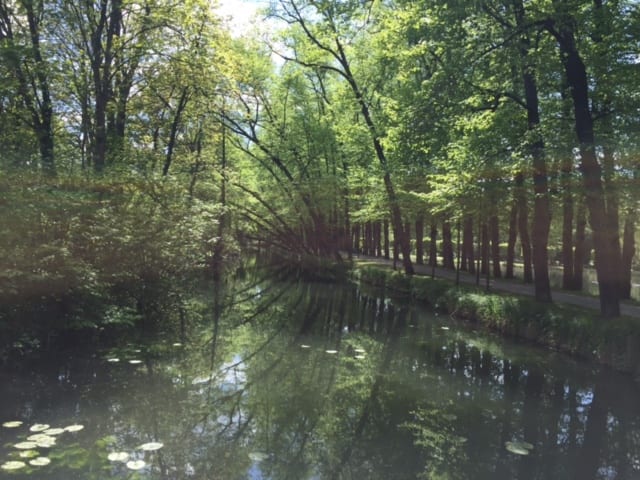