I’ve been a little lax about posts, but will start posting again.The other day, the plane from Japan back to Bangkok passed through thunderclouds and shook violently just before arriving at Suvarnabhumi Airport. It was the first time in a long time that I’d experienced that kind of turbulence. When we somehow landed at the airport, it was pouring rain and it felt as if something were slipping. I thought, the plane’s not going to stop, and automatically pressed my feet firmly on the floor, though it’s not as if there were any brakes there. Yet, when we got to the apron, it wasn’t raining at all and the ground was dry. Even given that it’s a large airport, that was a remarkable phenomenon. But, in tropical places like Thailand where there are rains called squalls, that kind of thing isn’t uncommon. 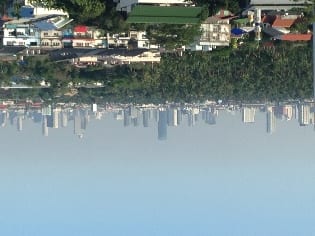 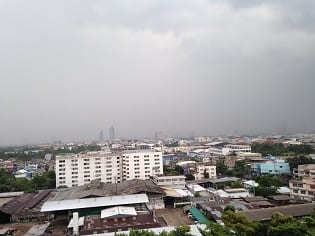 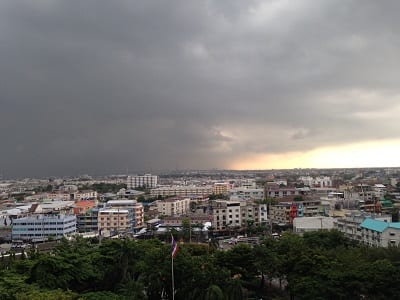 Sometimes squalls cause floods in towns, making traffic jams worse. Recently, water recedes relatively quickly even when there are floods brought about by this kind of brief squall. The reason for this is a large underground reservoir made possible through support from JICA. Lots of things are said about Japanese foreign aid, but there is plenty of helpful support. It just isn’t noticeable. 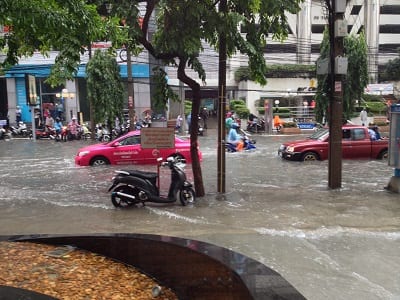 This past September 10th, typhoon-induced torrential rains led to flooding that burst the banks of the Kinugawa River in the Misaka neighborhood of Joso, Ibaraki prefecture. The incident is still fresh in my memory. I was glued to the TV, which showed the suddenly swollen river overflowing and homes being swept away. I pray for the quick recovery of those who suffered damage. Though Thailand isn’t in the path of typhoons, sometimes violent tropical storms reach the Indochina Peninsula, bringing severe rainstorms. This year, too, from September 15th to 16th the tourist area of Pattaya was flooded by heavy rains brought by Vamco, a tropical storm that hit Thailand. It seems there were flash floods because there are mountains on the outskirts of Pattaya, but there were no raging torrents like in Japan. 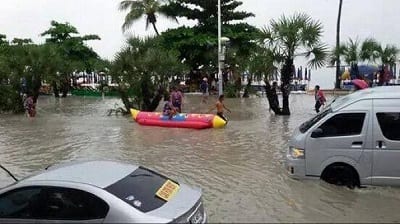 I think that everyone still remembers the unprecedented, large-scale flooding that continued for 3 months from July 2011. Heavy rain fell in the northern area because of low atmospheric pressure caused by a typhoon brought on flooding in 58 provinces, stretching from Chiang Mai province in the north to central Bangkok, which is built in a tributary of the Chao Phraya River basin. Both an industrial park housing Japanese corporations and Don Mueang International Airport were flooded. Luckily, everything but a section of northern Bangkok escaped flooding because canal sluice gates around the city were closed, but people became panicked about drinking water and bottled water disappeared from stores. I couldn’t even joke that, “There’s no water even though there’s lots of water.”Why is there such a difference between flooding in Japan and Thailand? It’s because Bangkok is located in a delta and there’s only a few meters difference in elevation between the 300 km distance from the mountain area in the north and the ocean area in the south. The point being that there’s no difference in elevation so water won’t burst forth all at once. Thai university students often come to Japan saying, “I want to study river water flow simulations to help Thailand,” but theories in Japan aren’t readily applicable to Thailand. 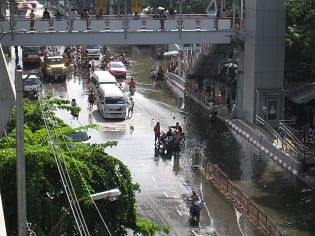 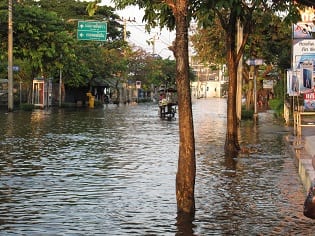 Widespread flooding in Thailand in 2011; streets in northern Bangkok (left); outside the residential area in northern Bangkok (right)Thai people don’t get alarmed even when there’s flooding. Many died in the 2011 flood, but a lot of them were electrocuted by short circuits. I think you’ve probably seen that homes in the old days had raised floors with boats tied to them. Floods were a normal occurrence. However, architecture has changed through modernization and homes are no longer built to withstand floods. Maybe it was a disaster caused by carelessness. Events like the recent flooding and the nuclear power plant accident caused by the Great East Japan Earthquake are problems of overconfidence in the advancement of science. As a scientist, I can only feel regret about that.