Just like Osaka, Madrid is in the midst of a blistering heat wave compared to its usual weather. And that’s where the signature cocktail of summer, “Tinto de Verano”, comes in. Translated into English, its name means the red wine of summer. It’s almost embarrassingly easy to make, as cocktails go, so feel free to give it a try. First, buy some red wine at any grocery or convenience store to use as an ingredient. Cheap wine is fine. Or rather, cheap wine is best. Even if you have some precious Bordeaux Grande Reserve or a full-bodied 2004 Chateaux at home, please don’t use it. The point here is “Fast! Tasty! Cheap!” above all else. You’ll also need some sweetened carbonated drink. This one is up to your taste, whether it’s the cider with red arrows (like a Mercedes Benz logo) on its label or Ramune lemonade. So long as it’s a clear, sweet soda that brings out the red of the wine, anything will do. 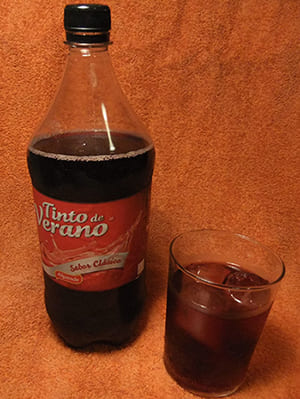 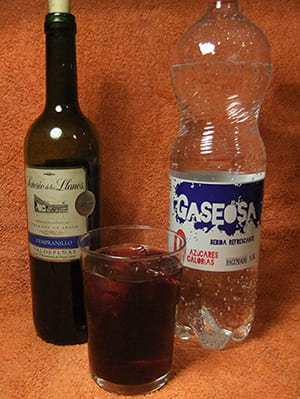 And now, the recipe And that’s it. This is a true common man’s go-to summer cocktail. It’s a simple drink that was originally popular in the southwestern Andalucía region of Spain, where the summer heat is particularly intense. It has spread across the country in our era, and despite how easy it is to make it’s even sold pre-mixed and bottled. When all the supermarkets start stocking it in 2-liter bottles, you really feel that “summer’s here!” They sell wine coolers and highballs in cans in Japan, too, but I’ve never heard of anything that comes in 2-liter bottles. Or am I wrong about that? 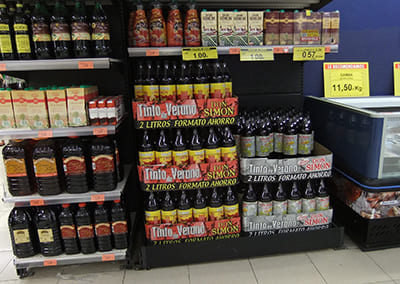 photo3:This is a 2-liter economy size
For the record, it can also make a delightful sangria. Just start with some fruity soft drink instead of cider, cut up some stray fruit lying around the kitchen to add, and then toss in a little of the best whiskey, brandy, or shochu (distilled spirits) that dad keeps around. 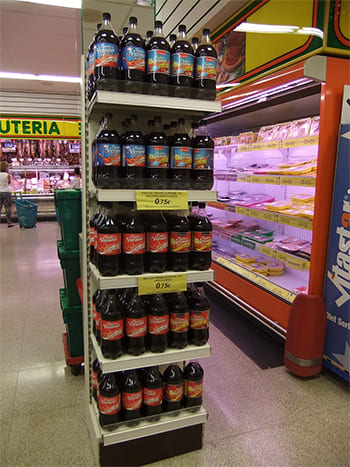 photo4:A 1.5 liter bottle for 75 cents (about￥105)
When I was a student, I was poor, living in a trashy boarding house in downtown Madrid with students from out of town. We studied every available moment, and when summer vacation finally came, those of us who couldn’t head home pooled what little money we had for a cheap sangria party to beat the incredible heat. We filled a big pot with ice, added wine so cheap it was sold by weight along with some orange flavored soft drink, and then added cinnamon, which they say makes you drunk faster. We’d also throw in some brandy or gin of unknown provenance, then mix it all up with a ladle to get a pseudo-sangria. It was a Madrid summer that I still recall fondly, along with the bitterness of the hangovers.