A quiet boom has been taking place. I wonder if the reason is the readiness with which people come to like the flavor of the sauce for yakisoba for okonomiyaki.More ramen shops and udon shops have gradually been appearing too. However, I have not yet heard of any Japanese-style curry rice stores. The manager of a restaurant in Madrid that serves tempura soba and deep-fried fish set menus once told me “If we put curry rice on the menu, we’ll turn into a place for cheap eats.” 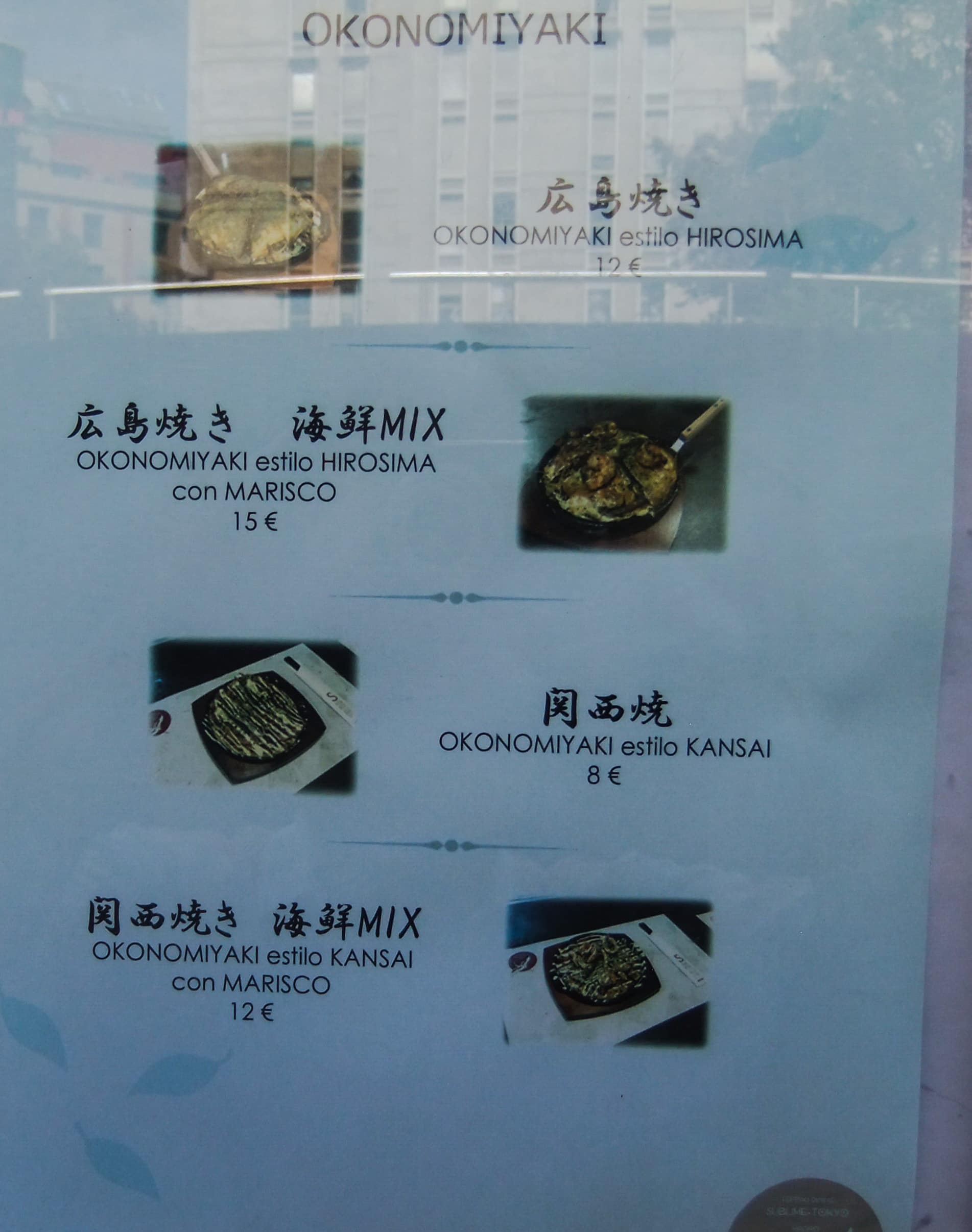 The menu at “Okonomiyaki-ya” in Madrid

Ordinary supermarkets, not specialty stores, have begun selling these products, which are made locally under supervision by major Japanese manufacturers, rather than being directly imported. Many varieties are available, including curry, shrimp, chicken, barbecue, and vegetable, so the selection is good. 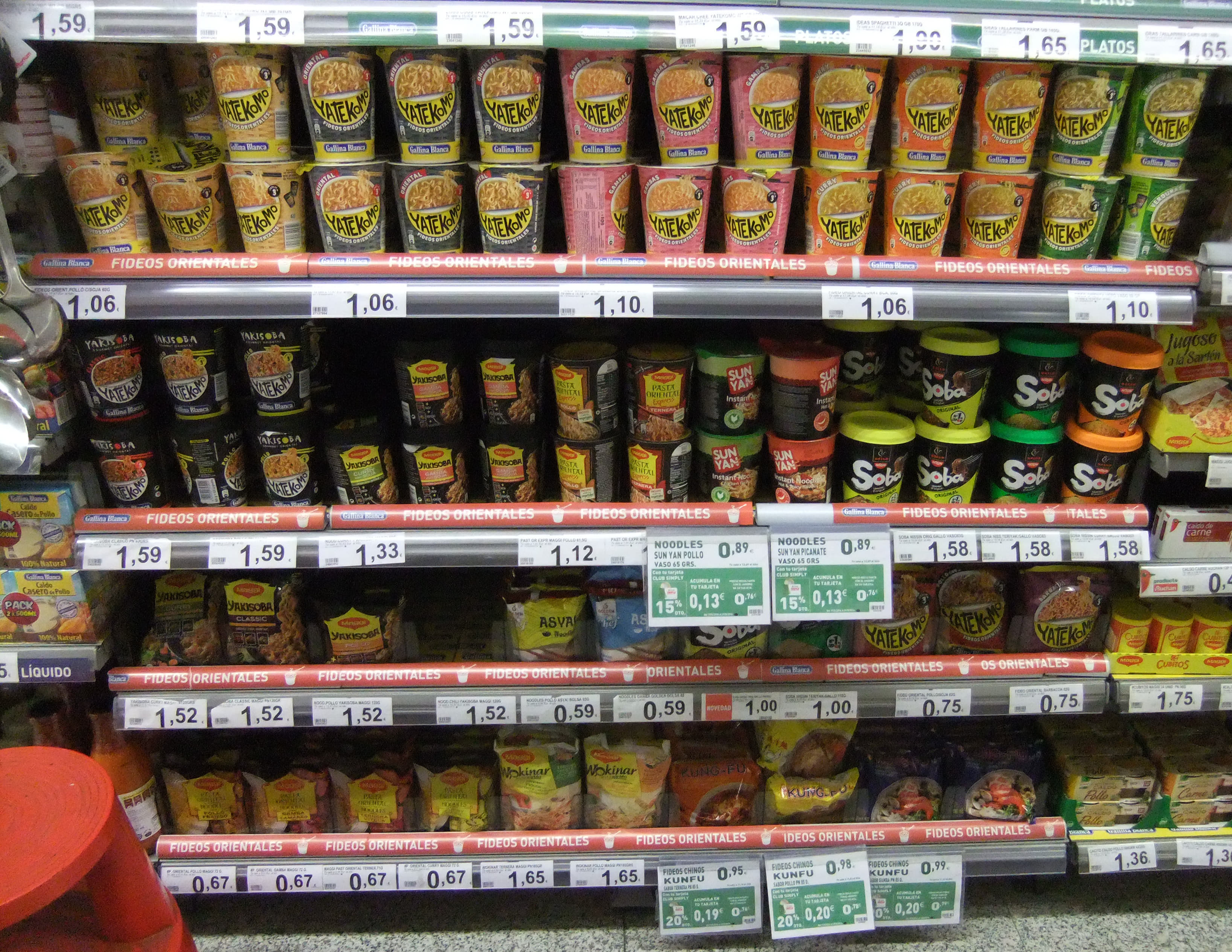 These shelves are in a supermarket. If I had to translate the meaning of the product name “YATEKOMO” I would say “You’ll eat ‘em up quick!” In Japan I suppose it would be “Tasty Quick♪”.

Felipe González, Prime Minister of Spain for four terms, is a great bonsai enthusiast. After retiring in 1996, he donated his personal collection to the Royal Botanical Garden of Madrid, prompting even further growth in Spain’s awareness of bonsai. Now bonsais are readily available at department stores and home centers. Incidentally, the Botanical Garden is next to the Prado Museum, so it is the perfect, healing place for cooling the head after the excitement of seeing works by the grand masters. 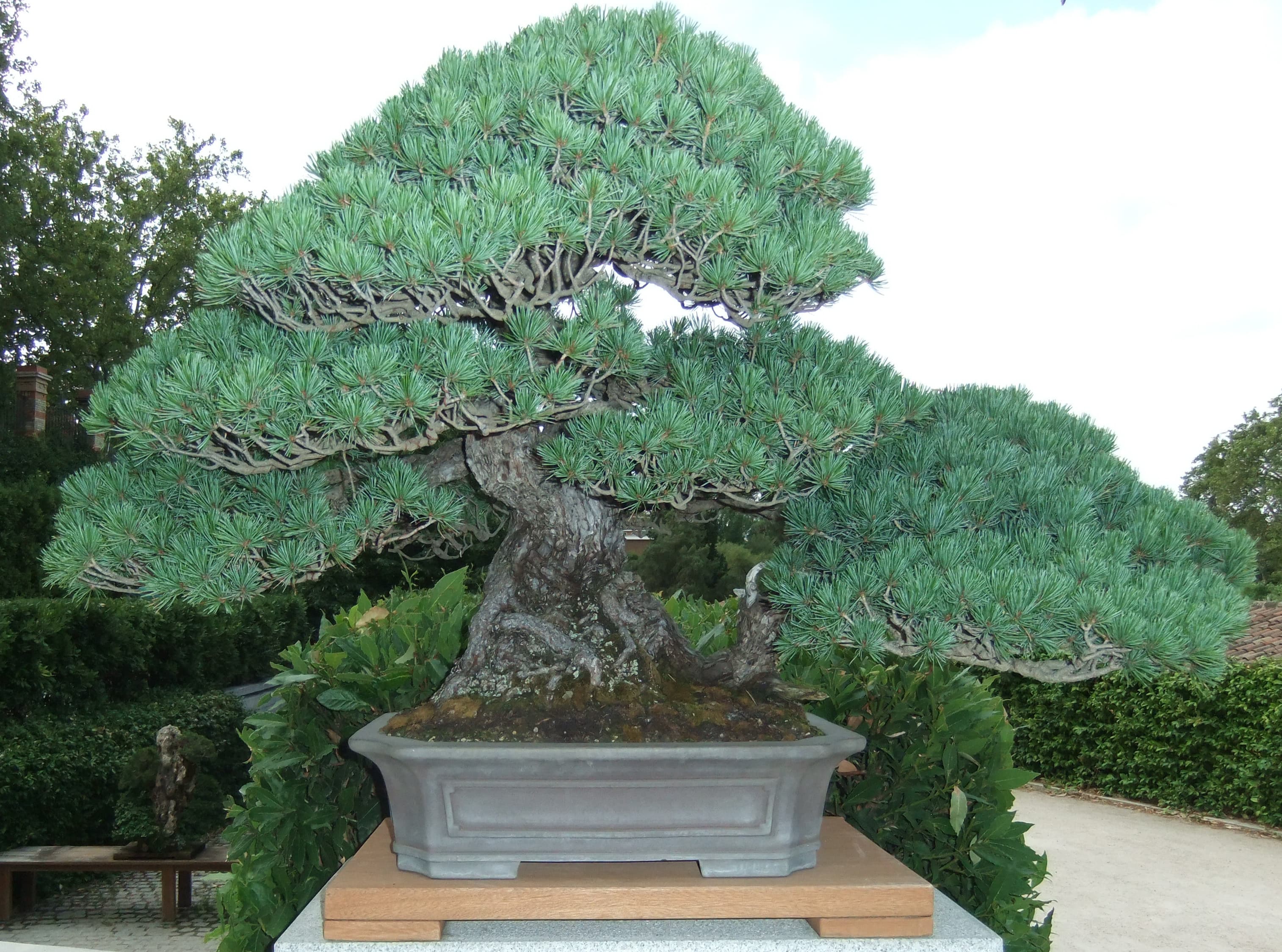 Bonsai at the Royal Botanical Garden of Madrid

Although not a matter of popularity waxing and waning, Spain trusts Japanese-made tools, measuring equipment and the like used in manufacturing workshops and factories. The factories and workshops I have been to so far have all used Japanese-made precision measuring instruments, such as micrometers. And Japanese technical skill shines in the tools and implements that play an outstanding role at the Prado Museum, which I mentioned, for repair and preservation of the works in its collection.

Coffee has never had any competition in Spain, but black tea and herbal teas have become more popular recently, so salons specializing in tea have started appearing. The variety of tea making utensils has also grown and in that vein, Japanese cast-iron teapots have been attracting attention. Even neighborhood hardware stores are selling them and I often see them used as display items in trendy restaurants. 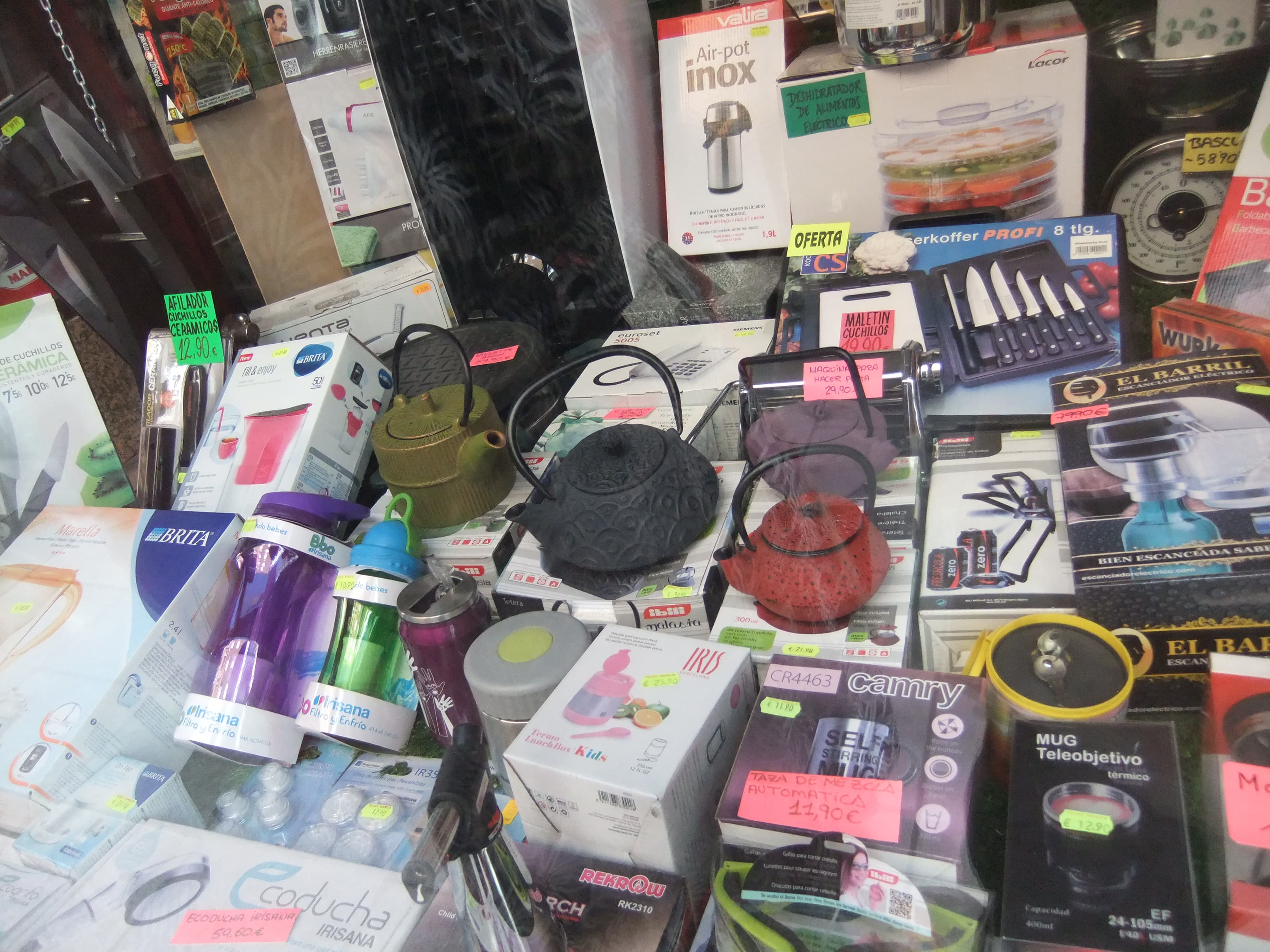 A hardware store window.Iron kettle has been on display in the middle.
Japanese culture has been somewhat slower to arrive on the Iberian Peninsula, the western most part of Western Europe, than England, France, Italy, Germany, and so on, but “Made in Japan” is now steadily growing in popularity.