Last year, we had reports on Gay Pride Parades from our special correspondents in Amsterdam and Berlin.This year, Madrid celebrated 40 years since holding the first pride parade in Spain in 1977, and it was in particularly extravagant style.People with minority sexual orientations, and those suffering from gender dysphoria, that is to say, people from the LGBT community, gathered together in Madrid from all around the world to take part in World Pride Madrid 2017, sharing a single goal of aspiring towards a society in which LGBT people can live their lives as they want. Approximately 2 million people are estimated to have participated over the ten days of the event from the opening ceremony on June 23 to the closing ceremony on July 2, making it almost certainly the city’s biggest event this year. It even extended to the subway offering 24-hour service. The official site is http://www.worldpridemadrid2017.com/en/The Madrid City authorities and the provincial government took an active role as public support organizations, and the Museo Nacional Del Prado also implemented new initiatives in cooperation with the Madrid Provincial Government. This included 30 works selected from the permanent exhibition, presented to visitors in four themes: Depictions of expressions of love from same-sex couples, artists who had suffered discrimination and oppression for their sexual orientation, the reality of having an appearance that contradicts one’s nature, and homosexuals in mythology. This will be open from June 10 to September 10.The exhibition is titled “La Mirada del Otro” which can be translated as “The Other’s Gaze.” 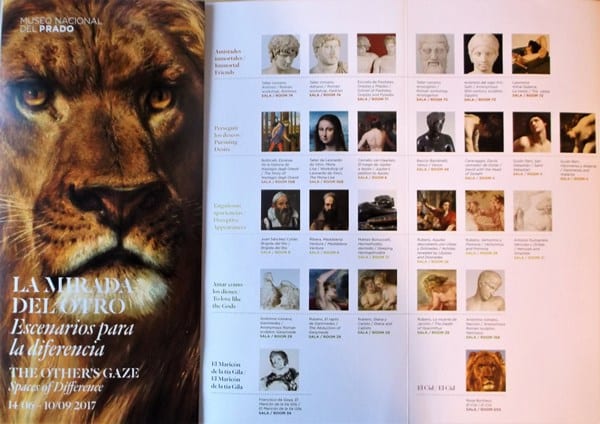 Photograph 1. The lion on the pamphlet’s front cover is a work known as “El Cid” (1879) by the 19th-century French female artist Rosa Bonheur. So tomboyish as a child that she “was more like a boy than anyone,” Rosa lived a lifestyle that was unheard of for women of her era, having short hair, wearing pants, and smoking cigars. France’s highest honor, the Légion d’honneur, was also conferred upon her.Looking at parts of the exhibition in the order of the themes…
〇Anmistad Inmortales – “Immortal Friends” 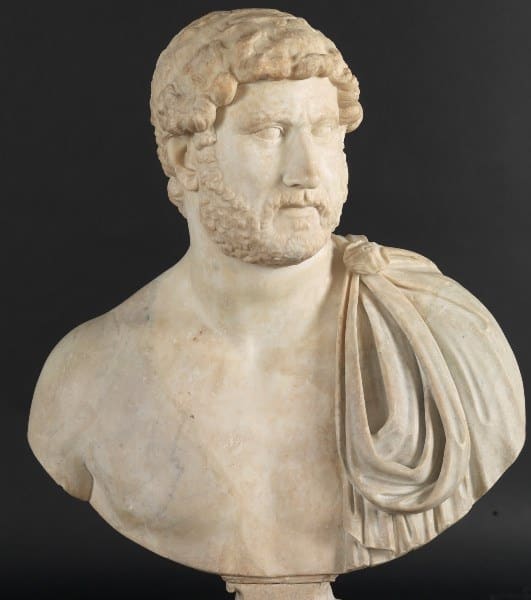 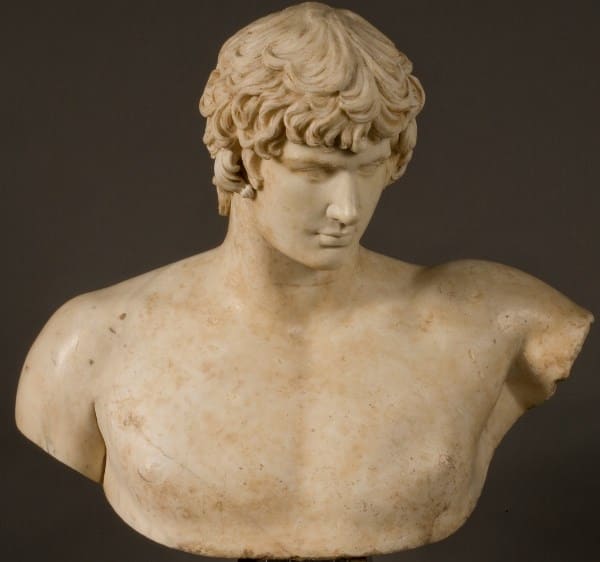 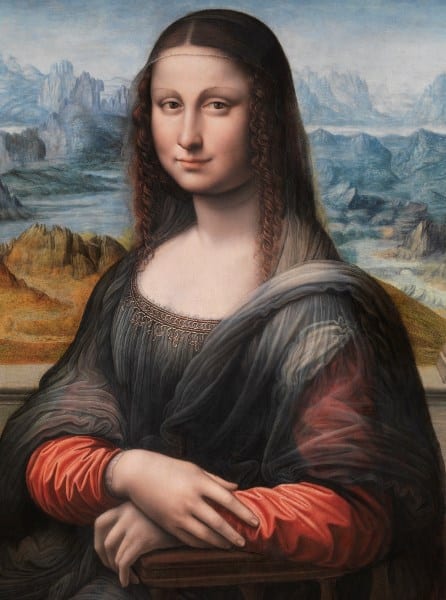 The Mona Lisa (made from 1503-1519 in Leonardo Da Vinci’s workshop) is said to have been painted by Da Vinci’s favorite pupil at the same time as he himself painted another work.*From the Museo Nacional Del Prado official website
〇Engañosas Aperiencias – “Deceptive Appearances”

Sleeping Hermaphrodite (1652 by Matteo Bonuccelli) depicts the son of the God of Commerce Hermes and the Goddess of Love Aphrodite, who was both male and female. In the 17th century, this was purchased and brought to Spain by Diego Velasquez, the leading artist in the court of the King of Spain while on business in Italy.*From the Museo Nacional Del Prado official website
〇Amar Como los Dioses – “To Love Like the Gods” 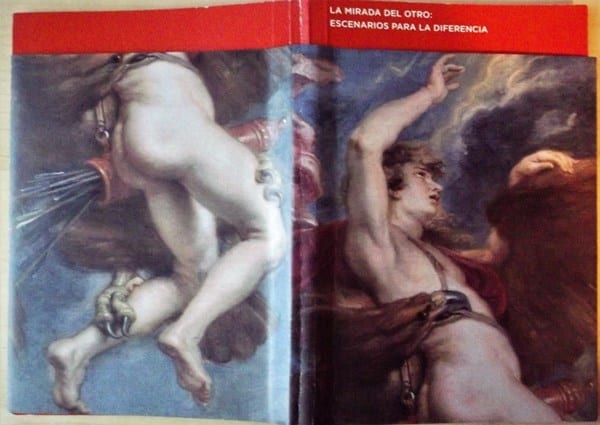 The Abduction of Ganymede (1636-1638 by Pedro Pablo Rubens) is featured on the front and back covers of the main exhibition’s catalog. The abduction by Zeus of the Trojan Prince Ganymede.
It is fun to search for the works taking hints from the route map in the pamphlet, and you can view works in a comparatively quiet atmosphere removed from the bustle around the great masters. …just a little more that I want to add to the previous information regarding Prado.As a side note, Madrid City Hall has changed the pedestrian traffic lights found at 72 intersections in town to distinct specifications.These will apparently stay as they are once the event has ended. 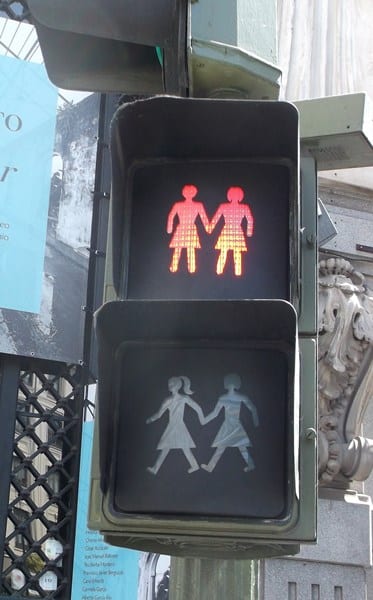 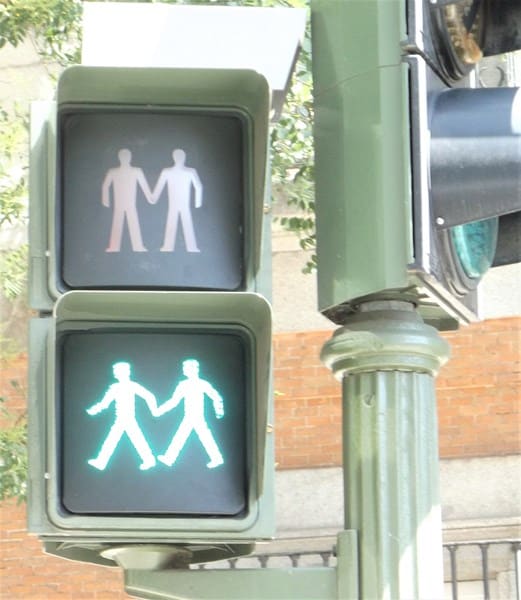 the female red light and the male green light