What place in Milan do tourists always visit? The answer is simple. Duomo. That being the case, how many times have I—having lived in Milan for 19 years—visited Duomo?I was surprised to hear that my acquaintance living in Kyoto has never been to Kinkaku-ji Temple, but as you might expect, I certainly have been to Duomo. I’m a musician, so I’ve visited various places for concerts besides theaters, including mansions and churches in different places in Italy. The reason for my visiting Duomo as well has often been for performances. In the summer of 2009, a stage and audience seating were set up on the roof of Duomo and I participated in a concert performed 70 meters above ground. When I saw the way that seats were placed on the roof, which isn’t flat but slopes from the centerline, I was impressed. I thought, “That’s just what I’d expect from Italy, a country known for design!” However, though the resonance of the rooftop concert was very good, it’s really an inconvenient place to perform. The rooftop space limits the number of seats, and apparently it was quite difficult to get tickets. Plus, the elevator to the roof is really small, so an outdoor freight elevator used to carry the large stage set was also utilized. Even so, the coming and going of the performers and audience members was slow. Losing patience with waiting for my turn, I tried going down the spiral staircase in Duomo, but it’s narrow, so as I descended I remember getting dizzy…We were also at the mercy of the weather. Even when we were lucky enough to have a night with no rain, strong winds blew away the sheet music on the music stand, the sound mics picked up only the sound of the strong winds blowing, and only the howling wind was heard from the speakers. The performance was plagued with many troubles. There are no indications that rooftop performances are currently being held, but even if there aren’t any, I recommend going to the roof of Duomo. That’s because there’s a hidden treasure unknown not only to most Italians, but even to Milanese. It’s a secret that isn’t found in ordinary sightseeing guidebooks. More than 3000 statues stand in the cathedral. The grandeur inside and outside of Duomo, the spires, the many statues, and astonishment at the brilliance of the statue of the Virgin Mary atop the cathedral are all ordinary sights to see at the cathedral. But if you look very carefully, on the roof there are several statues you wouldn’t expect to see that are, shall we say, somewhat inferior. They include unpretentious pieces such as the face of Mussolini, the conductor Toscanini, and the poet Dante. Among the eccentric ones are a tennis racquet and tennis balls, and a group of 4 boxers. What do you think? Wouldn’t you like to look for these bizarre statues hidden among the over 3000 statues that not even Milanese know about? 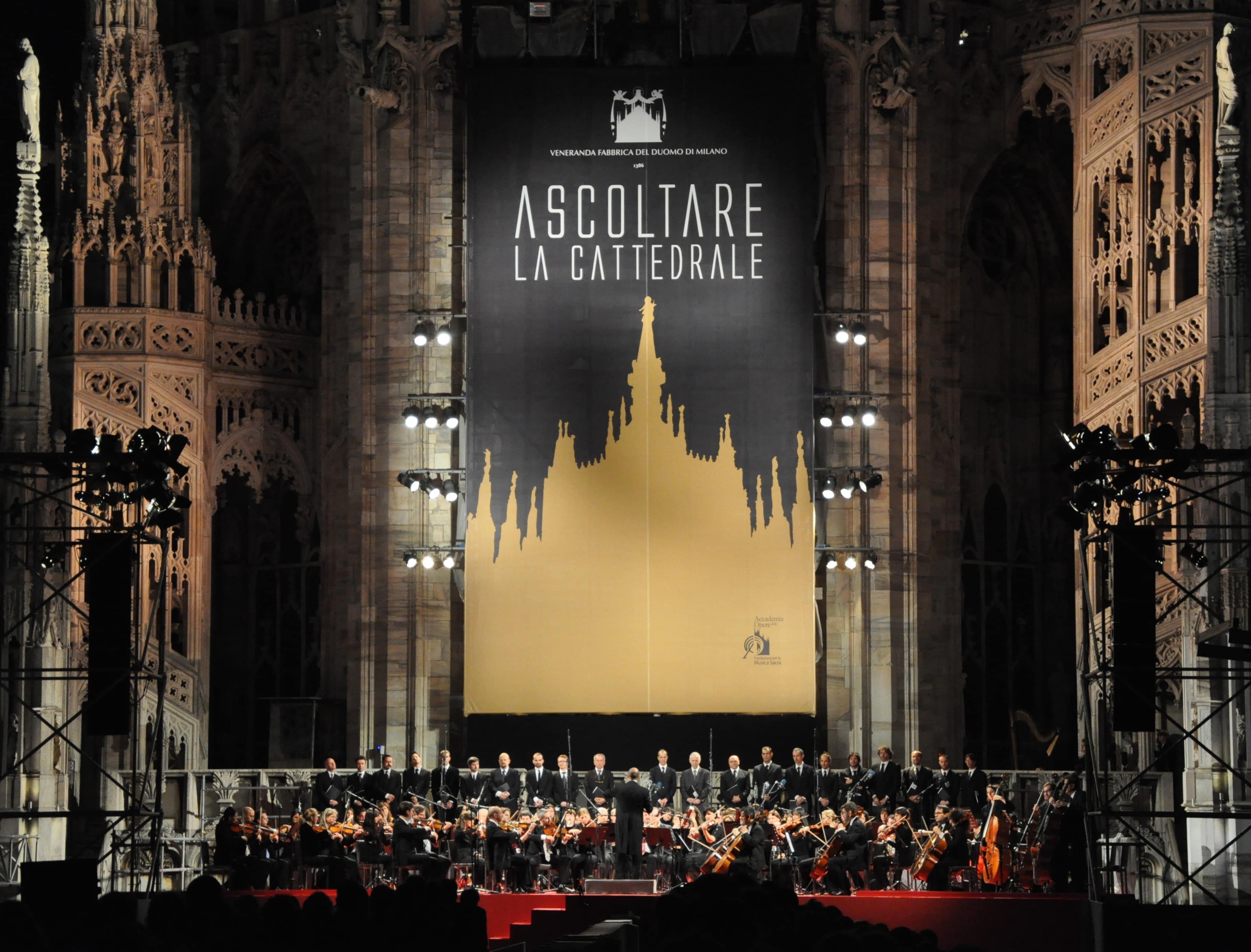