Summer holidays in Italy are long! Children have a three-month-long holiday! When elementary and junior high schools go on vacation from around June 10th, the number of buses and trains decreases, making it more difficult for workers using public transportation to commute. Most households in Italy are dual-income, so it is actually quite problematic for parents that their children start summer vacation so early. Most parents send their children to outdoor youth activities put on by the church to somehow survive the period until their own vacation begins. As soon as the adults’ summer holidays start, they can go to their mountain or seaside cottage for a month-long vacation, but a growing number of families do not have (or cannot afford?) their own cottages these days, and people spend their vacations differently now. Because of this, many companies are starting to break up the month-long summer holidays into two separate holidays instead of letting their employees take one long holiday. In the past, when August came around, not a single Milanese person could be seen in Milan, which would become a ghost town without even a single movie theater open. In recent years, perhaps because of the growing immigrant population, even supermarkets are open on holy Sundays -- a trend for which I am very grateful. Certainly this pool that finished renovations last June was a huge part of summer vacation for families that kept Milan from becoming a ghost town in August. This is because it is impossible for families in Italy to be without a suntan in the summer. Or perhaps “unthinkable” is closer to the truth. The place to go for a better suntan for families that do not have a mountain or seaside cottage and stay in Milan is the pool! This pool that is surrounded on all four sides by quiet residences was built in the 1930’s and was closed for about 10 years until June. With the renovations, it has become connected to an adjacent theater and transformed into something entirely different. In fact, it is more accurate to say that the theater opened the pool. For its opening, it held a concert on a water-top stage that appeared to actually float on the water surface. Naturally, many people come to swim, but many also come to tan, to find a peaceful place in the city, to read, or to rent the space for parties or other events. Perhaps because there is a theater on the premises, this space has created a new style of use that breaks the boundaries of the original “pool” concept. Even its name, “mysterious pool,” characterizes its rebirth, current path, and future development. The town is very small, and a 30-minute drive takes you out of the town limits. Despite its small size, Milan is a place that seems to be constantly trying new challenges. This year’s three-month-long summer holiday is now coming to a close for Italians. The mysterious pool is an outdoor pool, so it will close in a few days. In the off-season, it will probably hold events and show a different side. How would you want to use the pool during the off-season? 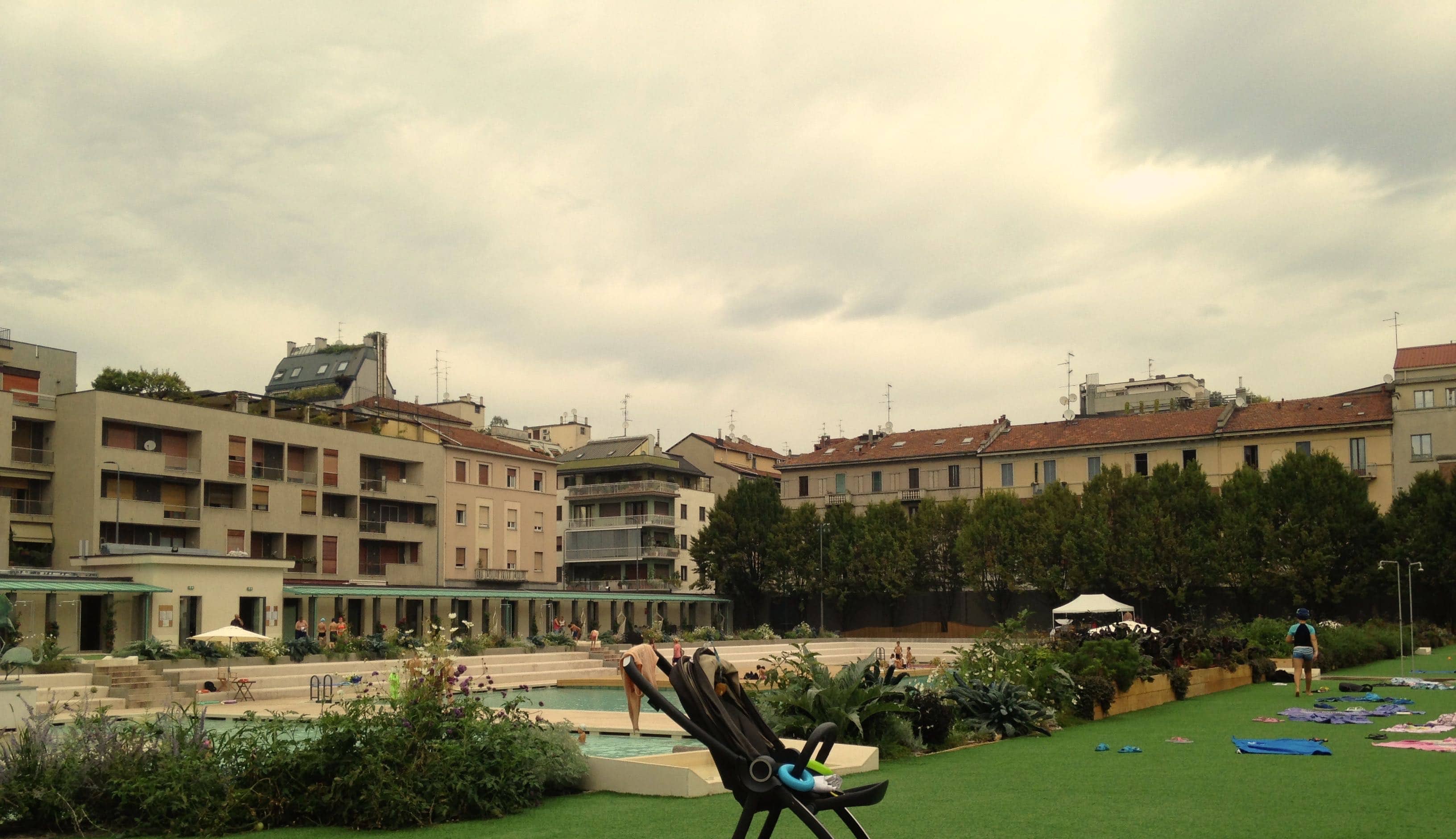