When I travelled frequently within Italy, I would often see the person sitting next to me on long-distance trains or near me in station waiting areas, immersed in crossword puzzles. Never having been interested in crossword puzzles, to see one person after another engrossed in solving them came to me as a fresh surprise. When living in Japan, I had never cared to notice if anyone around me was solving crossword puzzles, so I can’t tell you how popular they are in Japan. However, they do seem to be good for exercising the mind, and for gaining trivia, so I figured I’d try occupying myself with them too. This may come up again in later blogs, but at one time, “Sudoku” was popular in Italy. There are a wide variety of puzzles in the world, but the other day my Italian friend introduced me to a sort of puzzle that especially caught my attention. Called “Cryptography Mnemonic,” it was not invented in Italy (it’s said to be from Greece),  nor has it played an important role in Milano. However, when my Italian friend described it to me, I couldn’t recall anything like it in Japan, so I’d like to introduce it to you. During World War II, information encryption and their techniques advanced rapidly, and cryptography played a part in these advancements. Cryptography mnemonics is a form of riddle utilizing the double meaning of words. Today, about 70 years after the end of the war, this encryption technique is not used to encrypt information, but as an advanced riddle or brain teaser. An example that may be relatively easily understood by non-Italian speakers is “Sei Hulk (You are the Incredible Hulk)”, and “Tè Verde (green tea).” The Italian cryptography mnemonic has slightly different rules from that of English versions, so I won’t go into details, but one essential rule is that the number “2.5” is applied at the end of the phrase. This means that “Sei Hulk (You are the Incredible Hulk “Sei Hulk”) is the riddle and the answer is comprised of two words; the first with two letters, and the other with five letters. When using their double meanings, “Sei” and “Te” have the same meaning in Italian, which is “you.” “Hulk” signifies the “Incredible Hulk,” and its characteristic is the color green. When using the phonetic equivalent of Te, which is Tè , and eliminating grammar explanations, “Tè Verde” becomes the same meaning as “You are green.” Another cryptography mnemonic is the Italian word for “teaspoon,” which translates into “30 sec meditation.” So when exploring the double meaning of “30 sec meditation,” you eventually reach an image of an everyday object, the teaspoon. I’m tempted to go to a cafeteria in Italy and say “Umm, I need a 30 sec meditation” instead of saying “May I have a teaspoon?” 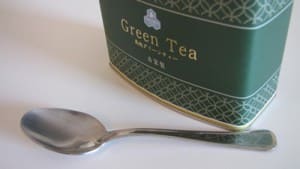