When I was a child, I lived in America and getting in the car was nerve wracking. The reason, though unbelievable now, was because at the time American drivers were really vicious. The car behind you would come at you as if to say, “Hurry up and go faster!” Do you believe me? I can’t believe it either. Wondering if maybe I’m remembering it wrong, I’ve asked my family about it many times.Milan has traffic lights every 20 meters. Very recently, the convenience of automatic cars has been recognized and they’ve become popular. Until then, Milanese stubbornly drove around in manual-transmission cars, as if dismissing automatic cars as not being “real” cars.Driving in Milan is truly hard.For the Milanese, who are always pressed for time, pulling out rapidly when a red light turns green is the norm. They’re unforgiving of being even 1 second late out the gate. If you’re daydreaming, the driver behind you will aggressively honk his horn to say, “Get a move on!” If that was where it ended, that’d be okay, but some people pass you as if irritated and yell as they go by (I can’t hear them…) or make obnoxious gestures. Even I, someone who at first was very distressed by that kind of driving in Milan, picked up the Milanese habit in the blink of an eye… In Italy, parking on the street is normal, and parallel parking is very common. Just recently in Milan, white lines outlining individual parking spots have been drawn. Cars should be parked in those lines, but for a long time the system was that several cars would parallel park within a long boundary of parking lines. That means when it’s time for me to go home and I return to my parked car, sometimes it’s blocked in by other cars both in front and back without any space to maneuver. I get in the driver’s seat imagining how many times I’m going to have to turn the wheel to get out of the parking spot. 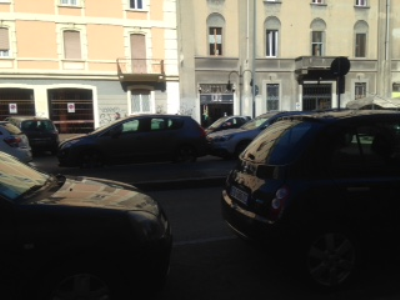 I get out of the parking spot by turning the wheel again and again while banging repeatedly into the bumpers of the cars in front and back.That’s the situation…so in Italy bumpers really fulfill their actual purpose, and bumping into bumpers when parking is excused.Maybe because of late there are lots of cars equipped with sensors, but you don’t see too many people banging into bumpers when leaving parking spaces anymore.Italy doesn’t have driving schools like the kind in Japan.New drivers drive on roads for regular cars and trams right from the first day.In Milan, where Milanese drive sportily as if in a car race, people trying to get their driver’s license for the first time have to face the difficulty of a very stressful situation.The driving instructors sitting in the passenger seat are extremely brave! Also, in Italy there is a bizarre vehicle.It’s a car that doesn’t require a license.This tiny, toy-like car can be driven on roads even without a license right alongside ordinary cars.What that boils down to is that people can drive even without knowing the traffic rules…So, which one of these is the strange vehicle? 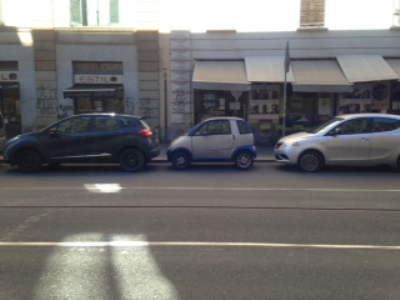 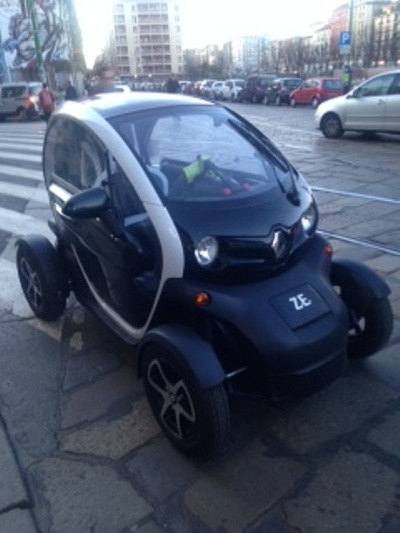 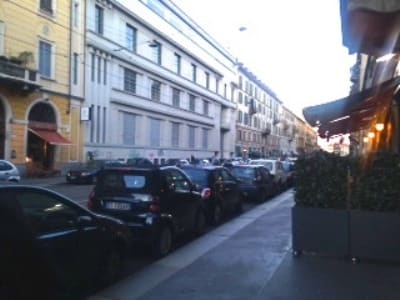 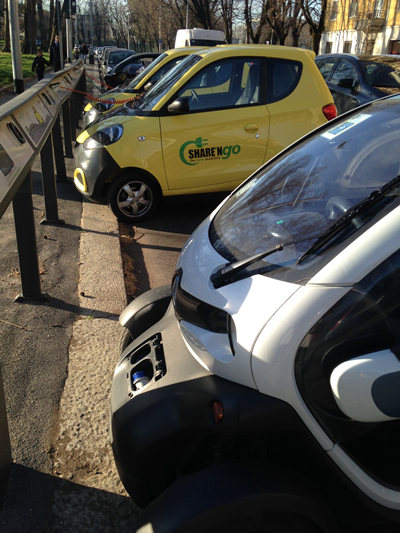