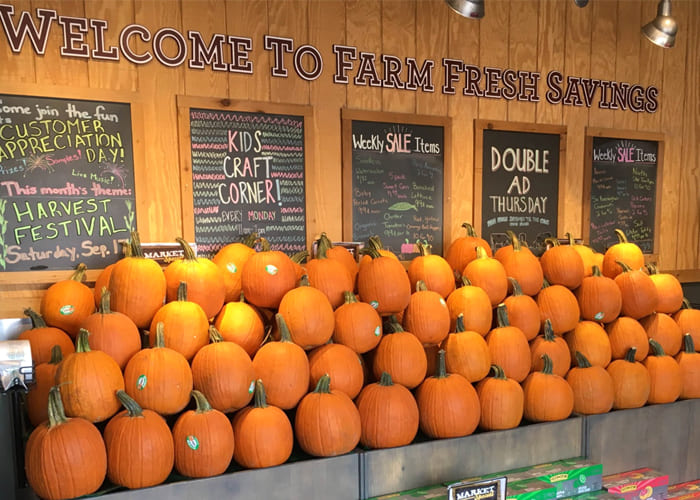 With the arrival of fall, I’ve begun seeing lots of Halloween decorations here and there. When I go to a store, I see Halloween candies crowding the shelves. 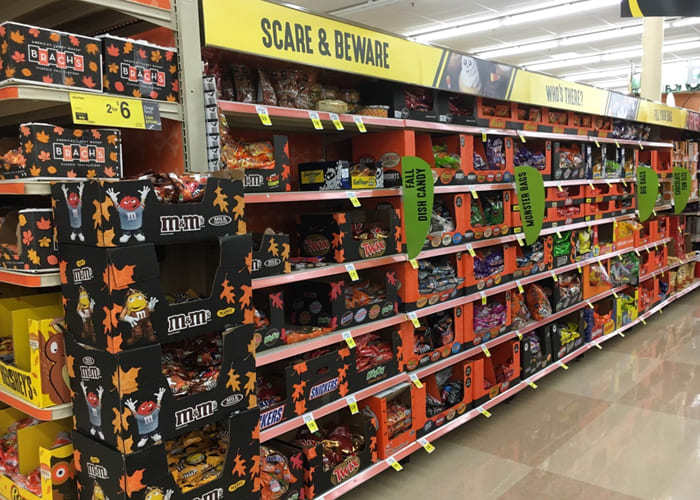 And, when this time of year comes around, many people are looking forward to a particular “something.” Do you know what “pumpkin spice” is? I’d never heard of it until I met my American husband. If you hear “pumpkin spice,” most people probably would simply imagine a pumpkin-flavored seasoning?! We Japanese tend to think that pumpkin is kabocha, but the pumpkin over here means the orange-colored pumpkin that’s a familiar sight at Halloween. What is called kabocha in Japan is a variety of pumpkin and sold at the supermarket here, but it’s labeled as kabocha. 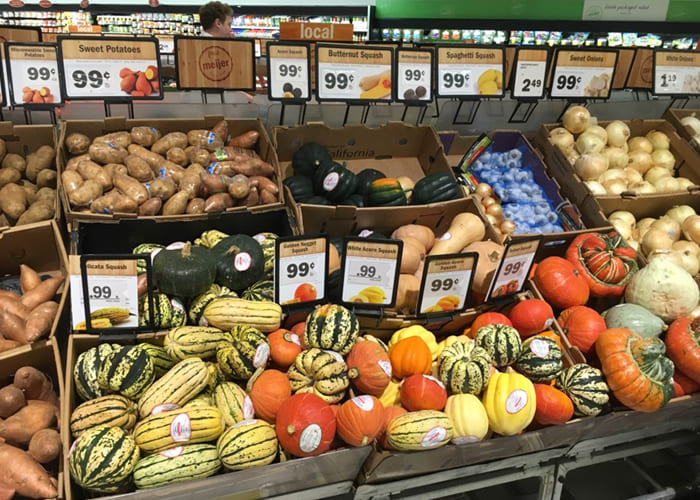 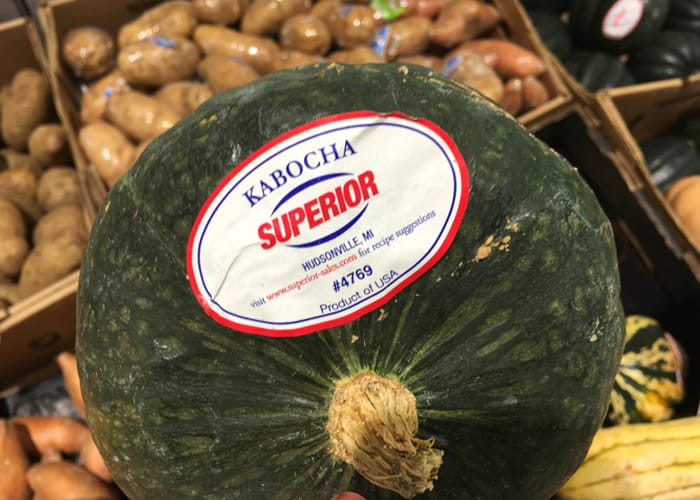 Pumpkin spice refers to cinnamon, nutmeg, ginger, cloves and spices that give off the aroma and flavor of what is called “pumpkin pie.” Actually, there is no pumpkin in it. (There is also a pumpkin spice containing syrup made from pumpkin.) The real name is “pumpkin pie spice,” but it’s been shortened to pumpkin spice. It’s a mix of spices used in pumpkin pie, which is often made in America. In fall, a lot of foods and drinks are sold that use this pumpkin spice, which is hugely popular in America. One of them, the pumpkin spice latte sold at Starbucks, is super popular. It’s even shortened to PSL. It’s a sweet, yummy latte with the faint aroma of pumpkin pie. In America, there are many fans of this drink that’s only sold in the fall. 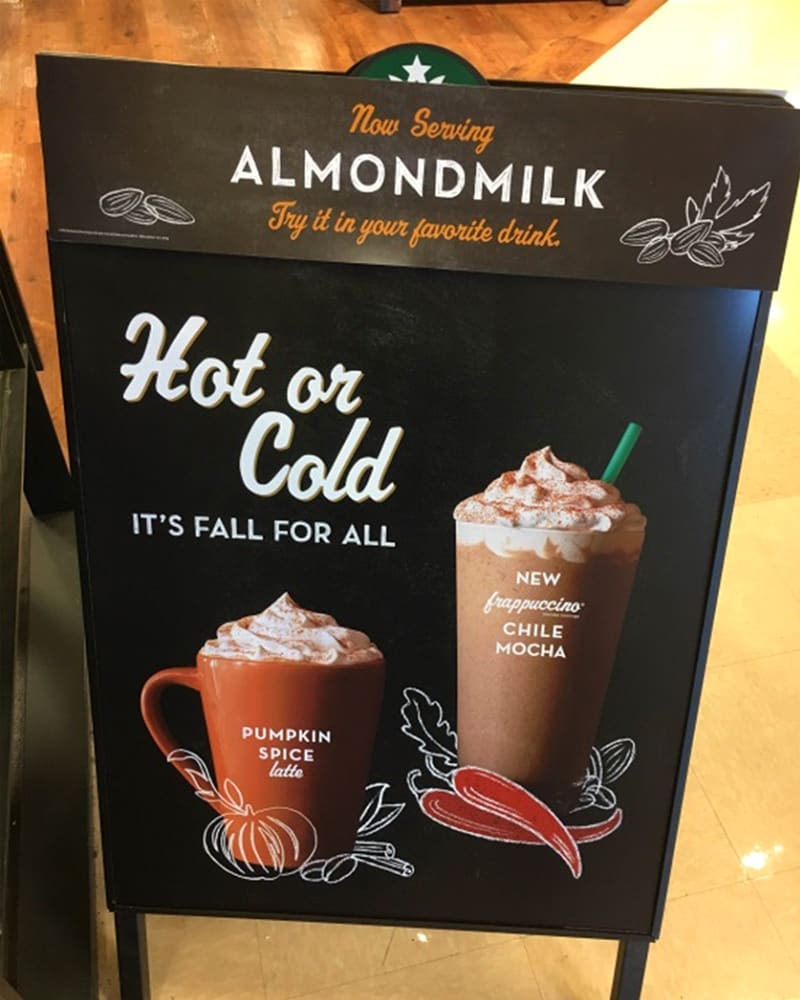 Plus, it’s not just Starbucks. If you go to the supermarket… 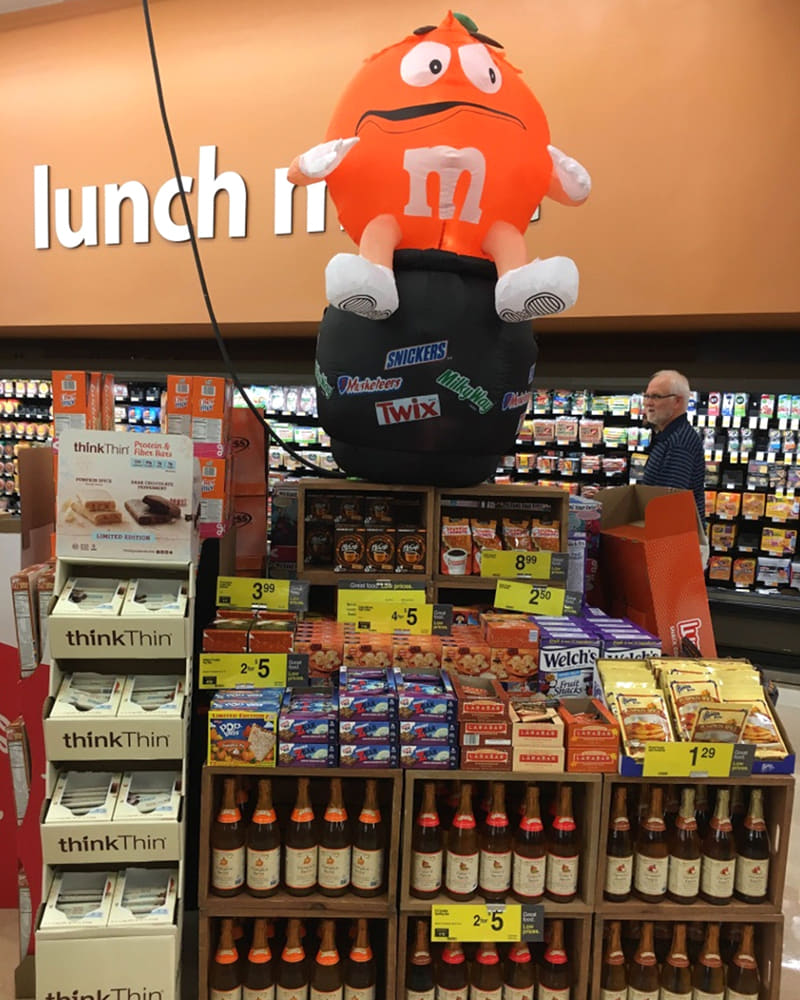 There is an area with a collection of pumpkin spice-flavored products. Cereal, yogurt, bread, sweets, cake mixes, coffees, wine, beer…The list goes on. Various products have been developed that are pumpkin spice flavored. For this post, I went around to supermarkets looking for pumpkin spice products. There were so many kinds that I couldn’t take a picture of them all. The pictures I’ve uploaded are just a small sample. Really, it’s no exaggeration to say that there is every kind of pumpkin spice product being made! 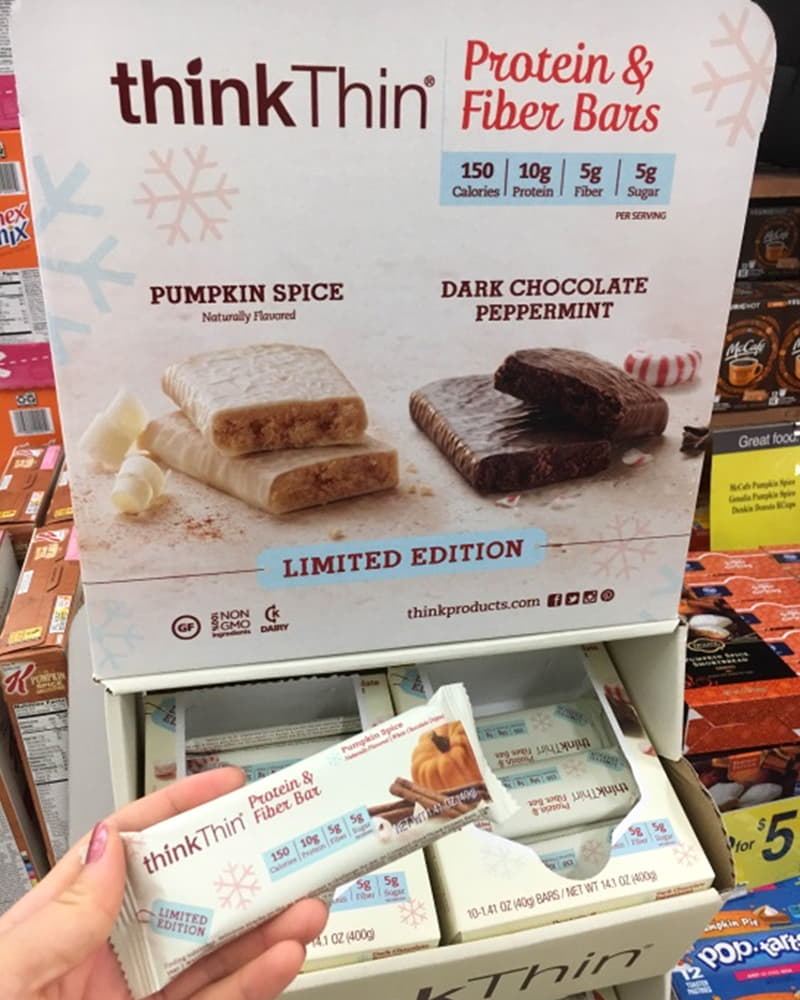 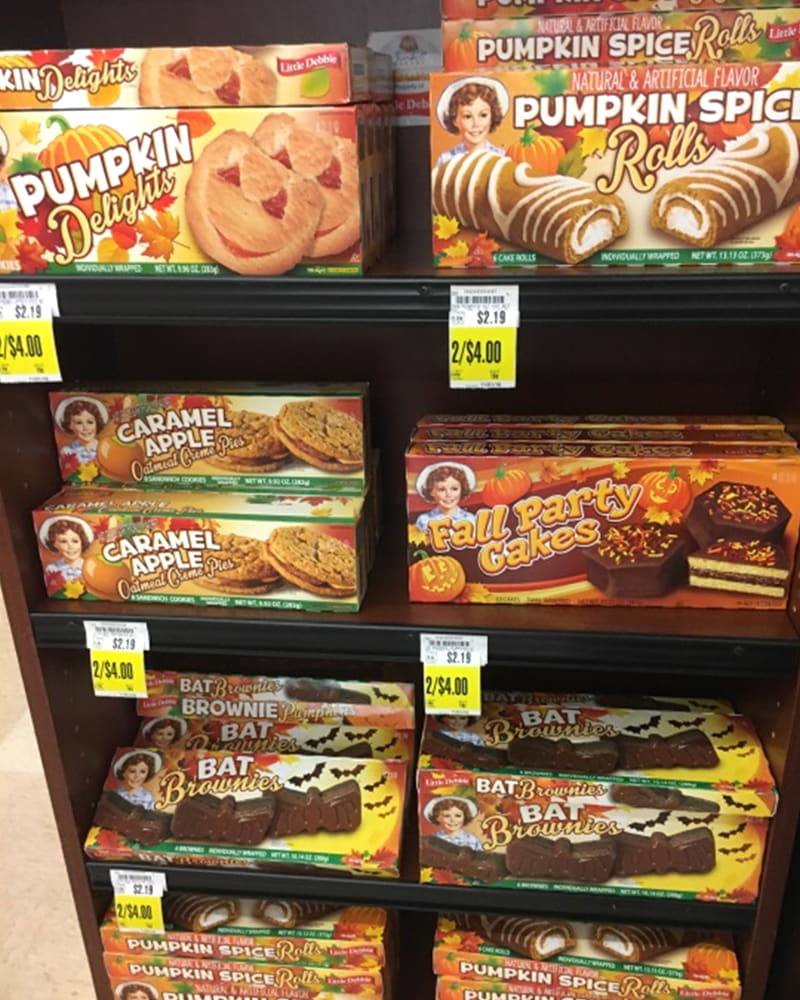 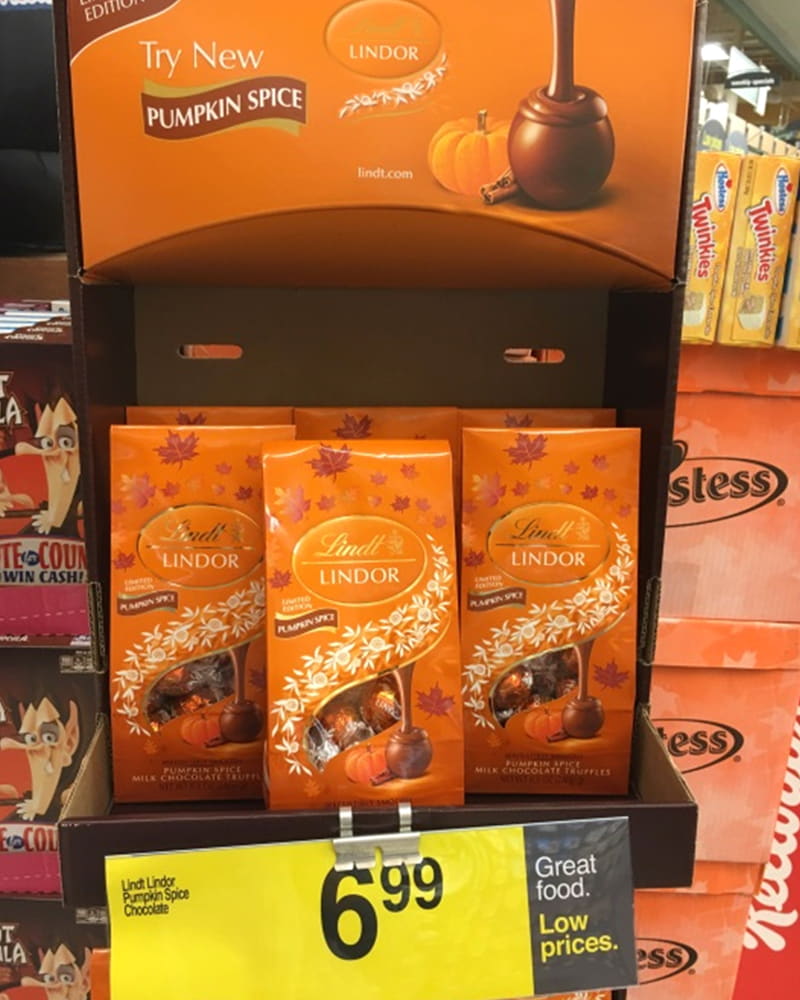 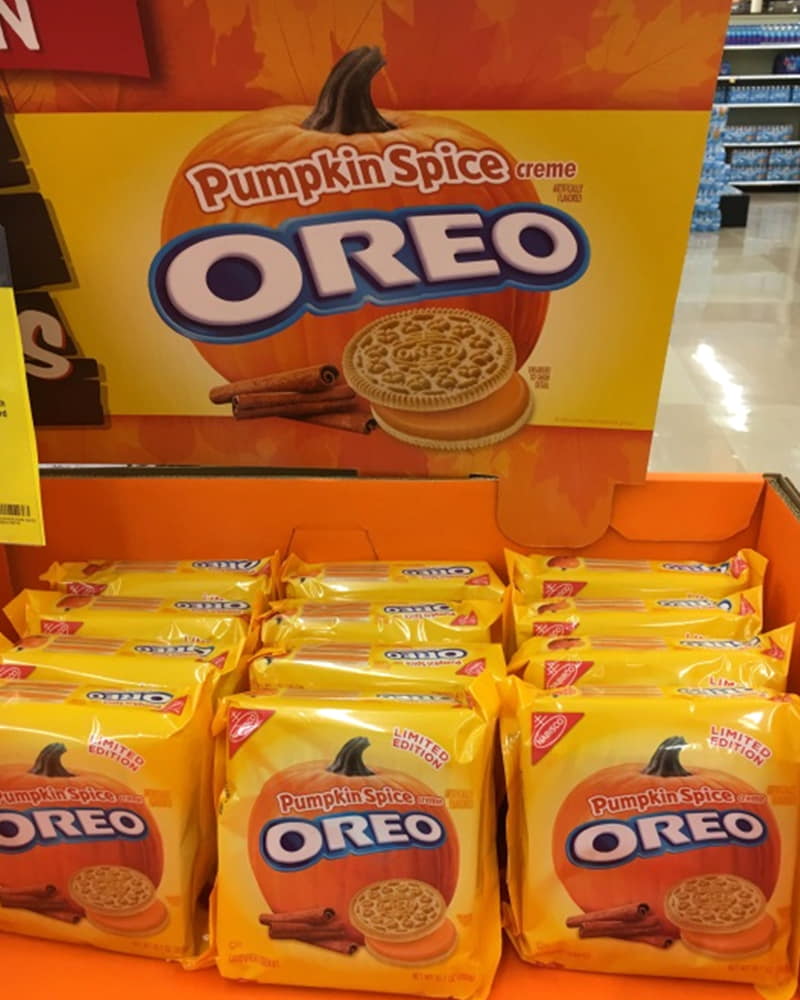 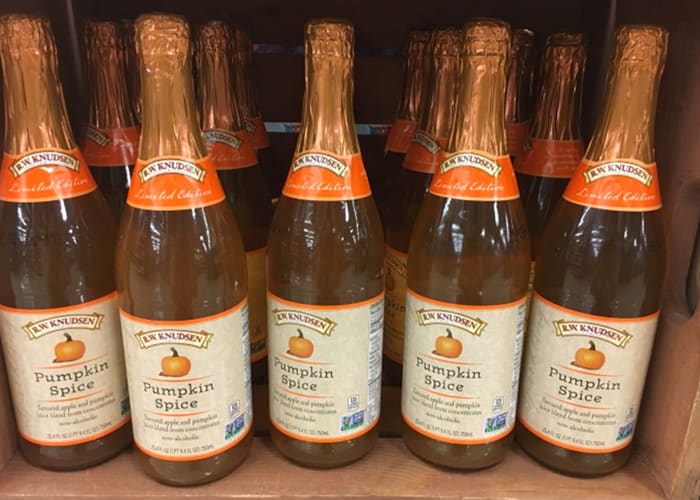 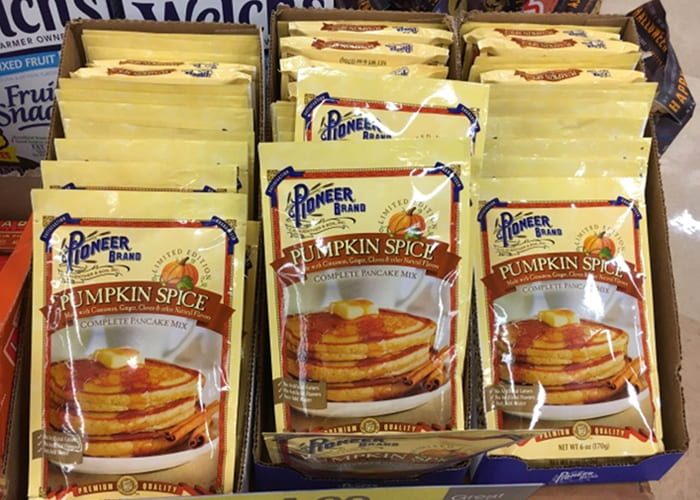 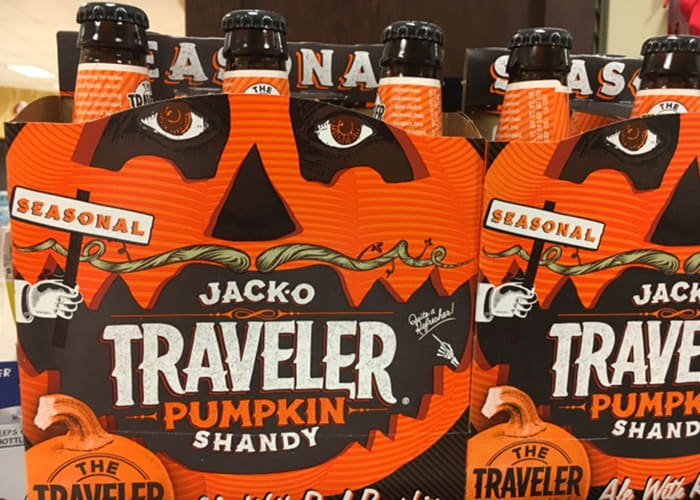 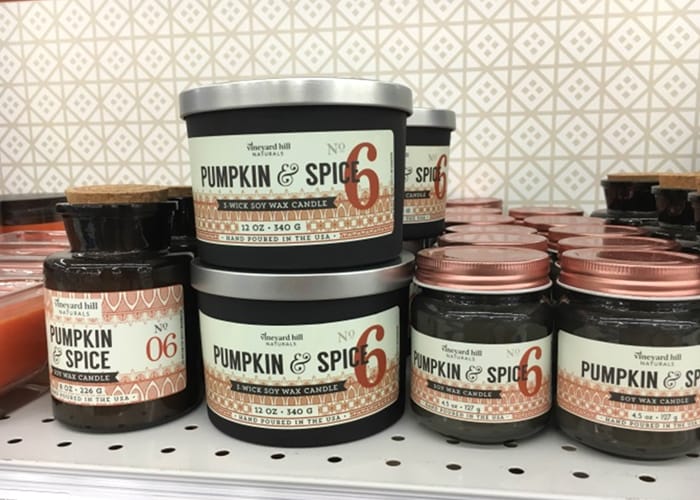 The pumpkin spice aroma is so very popular that there are even candles and body creams. The fall-themed packages are all cute and catch the eye. Of course, the seasoning “pumpkin spice” is also sold. 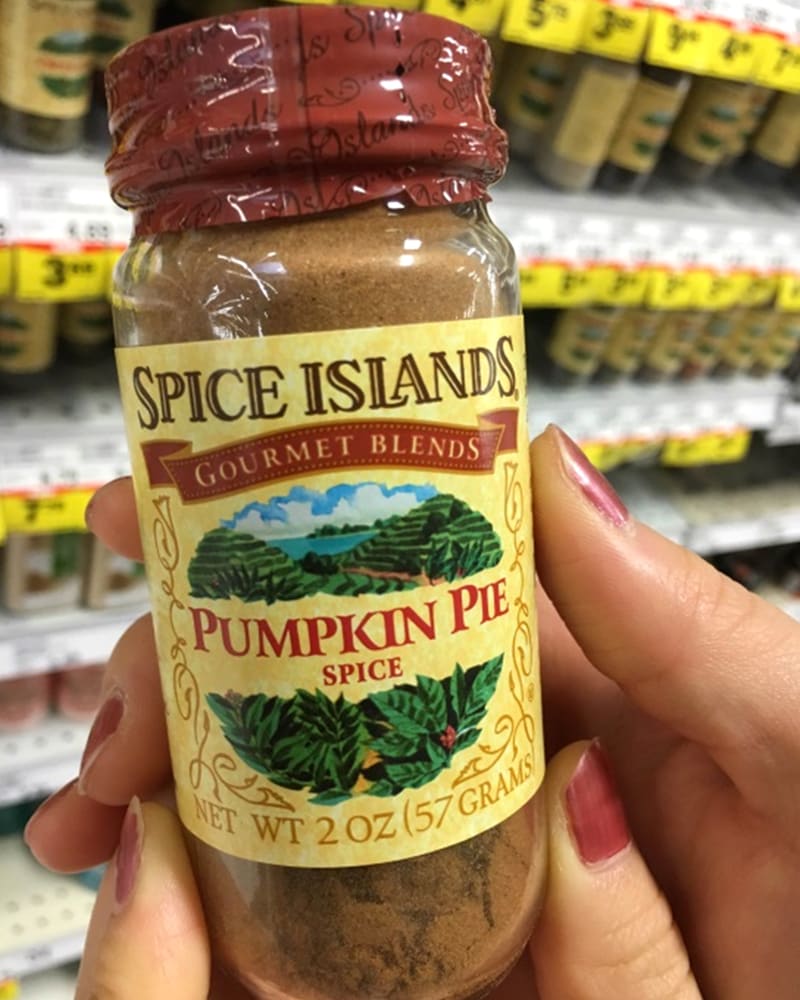 ↓At one supermarket it was sold out, so you can guess how popular it is. 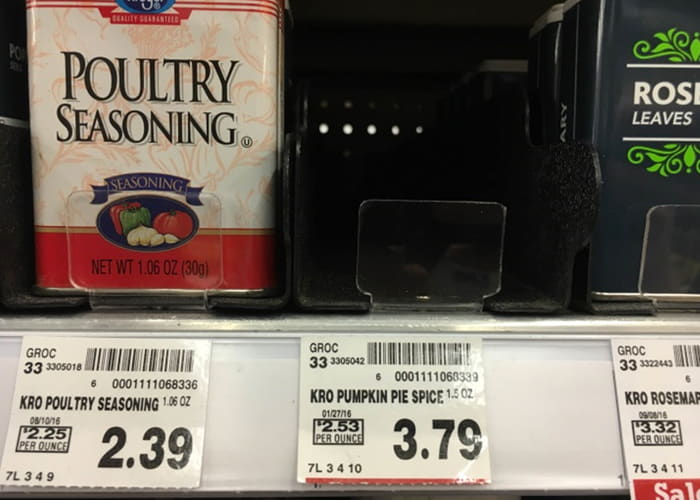 Pumpkin spice can be called a staple of fall. It can be used in a variety of dishes and desserts as a flavoring, not just in pies. It’s incredibly popular here, but I’ve never seen it in Japan. It’s got a distinctive aroma. Maybe there are a lot of Japanese who don’t like it? I think that if you like cinnamon, then you’ll definitely like it. If you come to America in fall, please be sure to try it. Of course, it can be made very easily. An Internet search brings up lots of recipes. If you’re reading this and think you want to try it, then you should really give it a go and make it at home!