When it comes to the means of transportation for Washingtonians, or so the people living in Washington, D.C., are called, the Metro is how they get around. 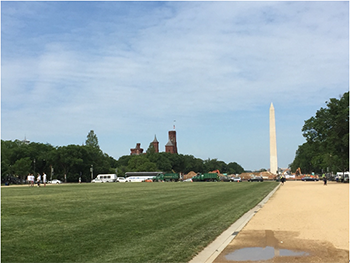 Traffic congestion in Washington, D.C., is horrible enough to be called the worst in all of U.S., and not being able to move even an inch when caught in traffic or taking 2 hours to get to a place that normally takes only 30 minutes is a common occurrence. Also, the number of parking spaces is overwhelmingly small, resulting at times in difficulties of finding a parking spot after arriving at the destination. I went to the National Mall, located at the heart of downtown, for taking pictures. On that day, a memorial was being held for fire fighters who had died in the line of duty, with a section of the road being temporarily closed where over 100 police motorcycles and large-sized buses carrying personnel pass through. Along with sightseeing buses carrying students on a field trip, they were causing streets to be closed all over the place. 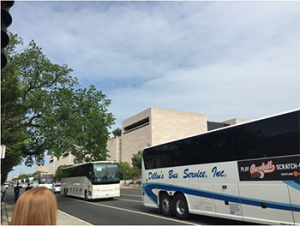 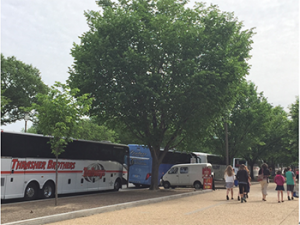 This is why the Metro comes in handy. It is a transportation network of mainly subways and buses extending through Washington, D.C., Maryland, and northern Virginia. This transportation network completely covers all of Washington, D.C., allowing travel to all the governmental facilities, a number of museums and sightseeing spots that are dotted throughout the city and the Ronald Reagan Washington National Airport, which is close and convenient for touring Washington, D.C. Changing to another line on a connected transit makes possible trips to the slightly distant Washington Dulles International Airport in Virginia, the Baltimore-Washington International Airport, and though the derailment accident is still fresh in our memory, it also connects to New York. The station premises are dimly lit, very unlike the subways in major cities of Japan. You will be fine though, as long as you remain alert. 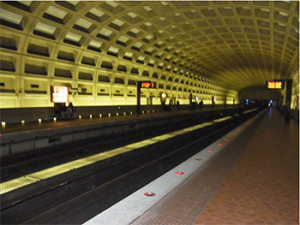 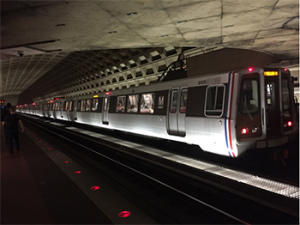 Buses are similar to that in Japan. They are clean, bright and safe. You may imagine trains and buses in the U.S. to be dirty and unsafe, but that is not so much the case for Washington, D.C. You just need to be careful and avoid snoozing as some may in Japan, leaving money sticking out of your wallet for people to see or leaving your smartphone for even a short moment. Please don’t forget to always be cautious and alert while on board. 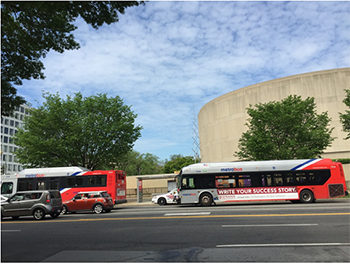